Wildfires are one of the important disturbance factors in natural ecosystems and occur frequently around the world. Detailed research on the impact of wildfires is crucial not only for the development of livestock husbandry but also for the sustainable use of natural resources. In this study, based on the Moderate Resolution Imaging Spectroradiometer (MODIS) burned area product MC464A1 and site snow depth measurements, the kernel density estimation method (KDE), unary linear regression analysis, Sen + Mann-Kendall trend analysis, correlation analysis, and R/S analysis were used to evaluate the relationship between snow and spring wildfires (SWFs) in Hulunbuir. Our results indicated that SWFs decreased during the period of 2001–2018, were mainly distributed in the eastern portion of the study area, and that the highest SWF density was 7 events/km2. In contrast, the maximum snow depth increased during the period of 2001–2018 and the snow depth was deeper in the middle but shallower in the east and west. The SWFs and snow depth have significant negative correlations over space and time. The snow depth mainly affects the occurrence of SWFs indirectly by affecting the land surface temperature (LST) and Land Surface Water Index (LSWI) in spring. The snow depth was positively correlated with the LSWI in most of Hulunbuir and strongly negatively correlated with the LST, and this correlation was stronger in the eastern and western regions of Hulunbuir. The results of the Hurst exponent indicated that in the future, the snow depth trend will be opposite that of the current state, meaning that the trend of decreasing snow depth will increase dramatically in most of the study area, and SWFs may become more prominent. According to the validation results, the Hurst exponent is a reliable method for predicting the snow depth tendency. This research can be based on the snow conditions of the previous year to identify areas where fires are most likely to occur, enabling an improved and more targeted preparation for spring fire prevention. Additionally, the present study expands the theory and methods of wildfire occurrence research and promotes research on disasters and disaster chains. View Full-Text
Keywords: wildfire; snow; correlation analysis; Hulunbuir wildfire; snow; correlation analysis; Hulunbuir
►▼ Show Figures 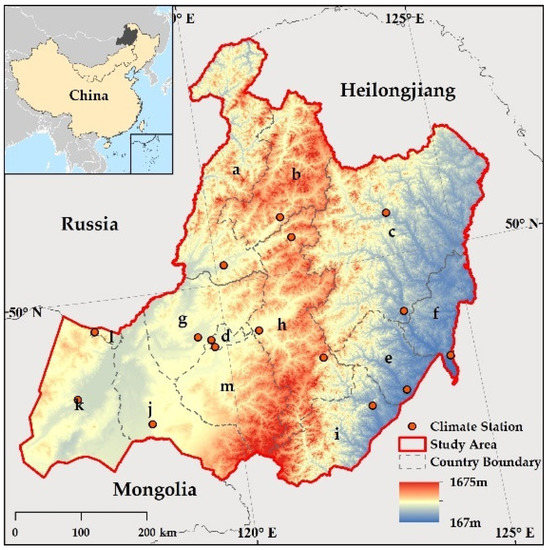