Bangladesh is one of the most flood-affected countries in the world. In the last few decades, flood frequency, intensity, duration, and devastation have increased in Bangladesh. Identifying flood-damaged areas is highly essential for an effective flood response. This study aimed at developing an operational methodology for rapid flood inundation and potential flood damaged area mapping to support a quick and effective event response. Sentinel-1 images from March, April, June, and August 2017 were used to generate inundation extents of the corresponding months. The 2017 pre-flood land cover maps were prepared using Landsat-8 images to identify major land cover on the ground before flooding. The overall accuracy of flood inundation mapping was 96.44% and the accuracy of the land cover map was 87.51%. The total flood inundated area corresponded to 2.01%, 4.53%, and 7.01% for the months April, June, and August 2017, respectively. Based on the Landsat-8 derived land cover information, the study determined that cropland damaged by floods was 1.51% in April, 3.46% in June, 5.30% in August, located mostly in the Sylhet and Rangpur divisions. Finally, flood inundation maps were distributed to the broader user community to aid in hazard response. The data and methodology of the study can be replicated for every year to map flooding in Bangladesh.
Keywords: flood mapping; damage assessment; SAR image; Sentinel-1; Landsat-8; Google Earth Engine; GEE; Bangladesh flood mapping; damage assessment; SAR image; Sentinel-1; Landsat-8; Google Earth Engine; GEE; Bangladesh

Figure 1 shows the study area for rapid flood mapping and potential damage assessment in Bangladesh. Bangladesh encompasses the world’s largest delta system located in the southern part of the foothills of the Himalayan mountain region and in the northern part of the Bay of Bengal, with a boundary between 20°N to 26°N and 88°N to 92°E with an area of 147,570 km2 [45]. The southern part of the delta is occupied by the world’s largest mangrove forest (the Sundarbans). The south-eastern part includes Bangladesh’s main hilly region, while low hills characterize the north-east of Bangladesh and the remaining area is mainly plain land.
Approximately 50% of the country is within 7 m of mean sea level and most of the country is on a delta plain under the influence of the Padma, Jamuna, and Meghna rivers. Most of the plain lands is used for crop production and approximately 87% of rural households rely on agriculture for at least part of their income. Rice production in Bangladesh is a crucial part of the national economy. Recently, Bangladesh has become one of the top 5 rice-producing countries in the world [46]. If no flood occurs in the coming year, Bangladesh will remain in the top 5 rice-producing countries. Although Bangladesh is a land of 6 seasons, the 3 most distinct seasons are the pre-monsoon hot season from March to May, the rainy monsoon season lasting from June through October, and a cool, dry winter season from November through February. The country has an average of 136 wet days per year, and approximately 80% of yearly rainfall occurs from June to September [47]. In a normal year, about one-third area of the country gets inundated by flood water [48]. The planet’s highest rainfall occurs in Cherrapunji, which is located just a few kilometres away from the north-eastern border of Bangladesh. The high annual rainfall combined with the mountain terrain causes rivers from the north eastern border to flow with a very high current due to high gradient topography. When this water reaches Bangladesh territory, it spreads over a large area and regularly causes different levels of flood incidents in Bangladesh. Sometimes, locally concentrated prolonged heavy rainfall worsens the flood situations.

To enable comprehensive inundation mapping across Bangladesh, approximately 11 frames of Sentinel-1 C-band interferometric wide swath (IW) frames with a 250 km swath width were required (Figure 2).
For the pre-flood (March) and post-flood (April, June, and August) inundation mapping, a total of 44 dual-polarization Sentinel-1 level-1 Ground Range Detected (GRD) products were used. The GRD products consist of focused SAR data that was detected, multi-looked, and projected to the ground range using the WGS-84 Earth ellipsoid model. The ellipsoid projection of the GRD products was corrected using the terrain height specified in the product’s general annotation. Both the like-polarized (vertical transmit and vertical receive (VV)) and cross-polarized (vertical transmit and horizontal receive (VH)) channels were used in this study, and data were retrieved as Level-1 GRD products. Sentinel-1 SAR images were useful as the data were freely available within 3 h of acquisition for near real-time (NRT) emergency response and within 24 h for systematically archived data. Table S1 shows the Sentinel-1 images that were used in this study, which were freely downloaded from the Copernicus open access hub data portal of the European Space Agency (ESA).
In addition to SAR and as part of the flood damage assessment, pre-flood cloud-free Landsat-8 image collections between 1 January and 30 June 2017 were used for land use/land cover mapping in the Google Earth Engine. To support land cover classification, additional ancillary data used in this study included a 30-m resolution shuttle radar topography mission (SRTM) digital elevation models (DEM) [49], which were retrieved from the United States Geological Survey (USGS) archived data portal, as well as road network information from OpenStreetMap [50] and administrative boundary data from the database of Global Administrative Areas (GADM) [51].

Developed national level pre and post-flood inundation maps for the entire country, during March, April, June, and August 2017, based on the Sentinel-1 images, are presented in Figure 5. The results show the presence of perennial waterbodies in March 2017 covering an area of 5.03% in Bangladesh. In April 2017, a total flood-inundated area was 2.01%, with most inundation was occurring in cropland (1.51%), followed by rural settlement and homestead orchard areas (0.21%), and other areas (0.29%). Similarly, more areas were inundated during the catastrophic June and August 2017 months, with inundation covering 4.53% and 7.01%, respectively.
The 2017 flood of Bangladesh caused significant inundation of cropland, rural settlement, and homestead orchard, and other land use areas. Considering all crop-related land use and land cover types (Figure 6), the percentage of inundated cropland was found to be 1.51%, 3.46%, and 5.30% in April, June, and August respectively. Significant inundation also occurred to residential property, public infrastructure, and fish farming ponds. A total of 0.21% of the rural settlement and homestead orchard areas were inundated in April, increasing to 0.47% in June, and 0.65% in August (Figure 7).
The time series flood data in Figure 8 shows that for the April to August 2017 time frame, some of the areas experienced continuous inundation, while some areas were progressively inundated, and some recovered from the flood waters as time progressed. Within the April and June 2017 time frame, an inundated area of 257,729 ha was common for both months, while 410,853 ha were newly flooded, and 38,776 ha recovered from the flood inundation. From June to August 2017, 532,173 ha were common for both months, while 502,927 ha were newly inundated, and 136,406 ha recovered from the floods (Figure 8).
A land cover map for the same year was also derived from Landsat-8 data for potential flood damage assessment. The derived map was produced from a cloud-free Landsat-8 composite between 1 January and 1 April 2017 and is shown in Figure 6. The map consists of nine classes, namely, tree cover (Madhupur forest, hill forest, and mangrove forest, as well as rural settlement and homestead orchard), grassland, cropland, barren area, built-up area, and waterbodies.
Through the possibility of an automatic SAR-based processing chain, flood inundation mapping based on Sentinel-1 images have the potential to rapidly provide flood information for flood management. During flood mapping, a significant difference in backscatter values for waterbodies and non-water areas enables a separation between inundated areas and other land areas. Derived optimal backscatter ranges for flood inundated areas in Sentinel-1 images shows a clear distinction from other classes, as presented in Figure S1. The backscatter response in VH polarizations for inundated areas were between −24.25 dB and −17.4 dB for this area of interest. In VV polarizations, water bodies showed a range between −22.4 dB and −12.9 dB. The backscatter response in VH polarizations for non-water areas was determined between −16 dB and −9.6 dB, and in VV polarizations it ranged between −10.8 dB and −1 dB. Identified optimal ranges of backscatter values can be applied for the automation of flood mapping using Sentinel-1 images to produce flood inundation maps for areas of similar topography.
For an accuracy assessment, the Sentinel-1 classification result for 29 August 2017, was evaluated with the waterbodies map derived from Landsat-8 (22 August 2017) using 4500 reference points collected from the Landsat-8 classification map. The overall accuracy of the 2017 August flood inundation map was found to be 96.44%, with a kappa value of 0.81, standard error kappa of 0.02, and a 95% confidence interval between 0.770 to 0.850 (Table 1). The evaluation of the flood map from SAR data compared to the optical image-based inundation map (Table S4) shows that for a particular cloud free window, the Landsat- (22 August 2017) based map produced an inundated area of 70% while the SAR-based map showed 59% of the areas inundated. Within the 70% Landsat-based inundated maps, a 53% inundated area was common, 17% of the area was an omission, and 6% of the area differed from the Sentinel-1-based study. A visual comparison of the Landsat-based (22 August 2017) and Sentinel-1-based (29 August 2017) flood extent is also shown in Figure 4.
The accuracy of the 2017 Landsat-derived land cover map was found to be 87.51%, with a kappa value of 0.81, a standard error kappa of 0.02, a 95% confidence interval between 0.770 and 0.850, and a 0.906 maximum possible unweighted kappa, given the observed marginal frequencies (Table 2).

Based on the results of the study, we can conclude that earth observation and geospatial technologies provide prompt information for effective decisions for comprehensive flood disaster management for Bangladesh. Due to the predominance of severe weather conditions during flooding time, freely available and regularly sampled Sentinel-1 SAR earth observation data has great potential in producing flood information with high accuracy and high spatial resolution in a six day interval. The method was based on publicly available free-of-charge data, particularly useful for less developed countries. Cloud-based computation environments, such as the GEE platform, proved to be particularly valuable for operational users in planning a flood-related emergency response and for understanding flood damage by land cover mapping. Natural flood disasters are common and cannot be stopped. However, efficient tools for flood inundation mapping and flood damage assessment can be useful for emergency response and disaster management.

We express our gratitude to David Molden, Director General and Eklabya Sharma, Deputy Director General of ICIMOD for the overall guidance. This study was partially supported by core funds of ICIMOD contributed by the governments of Afghanistan, Australia, Austria, Bangladesh, Bhutan, China, India, Myanmar, Nepal, Norway, Pakistan, Switzerland, and the United Kingdom. This paper has been prepared under the SERVIR-Himalaya initiative funded by the NASA and USAID. Our special gratitude goes to Birendra Bajracharya, Chief of Party, SERVIR HKH for their encouragement and very active support in bringing out this work. Finally, we would like to thank those who reviewed the articles incomprehensibly and provided valuable suggestions to improve the manuscript.

The views and interpretations in this publication are those of the authors. They are not necessarily attributable to ICIMOD and do not imply the expression of any opinion by ICIMOD concerning the legal status of any country, territory, city, or area of its authority, or concerning the delimitation of its frontiers or boundaries, or the endorsement of any product. 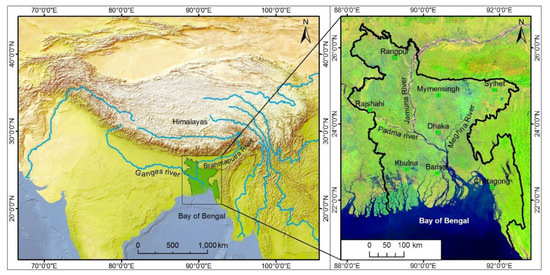 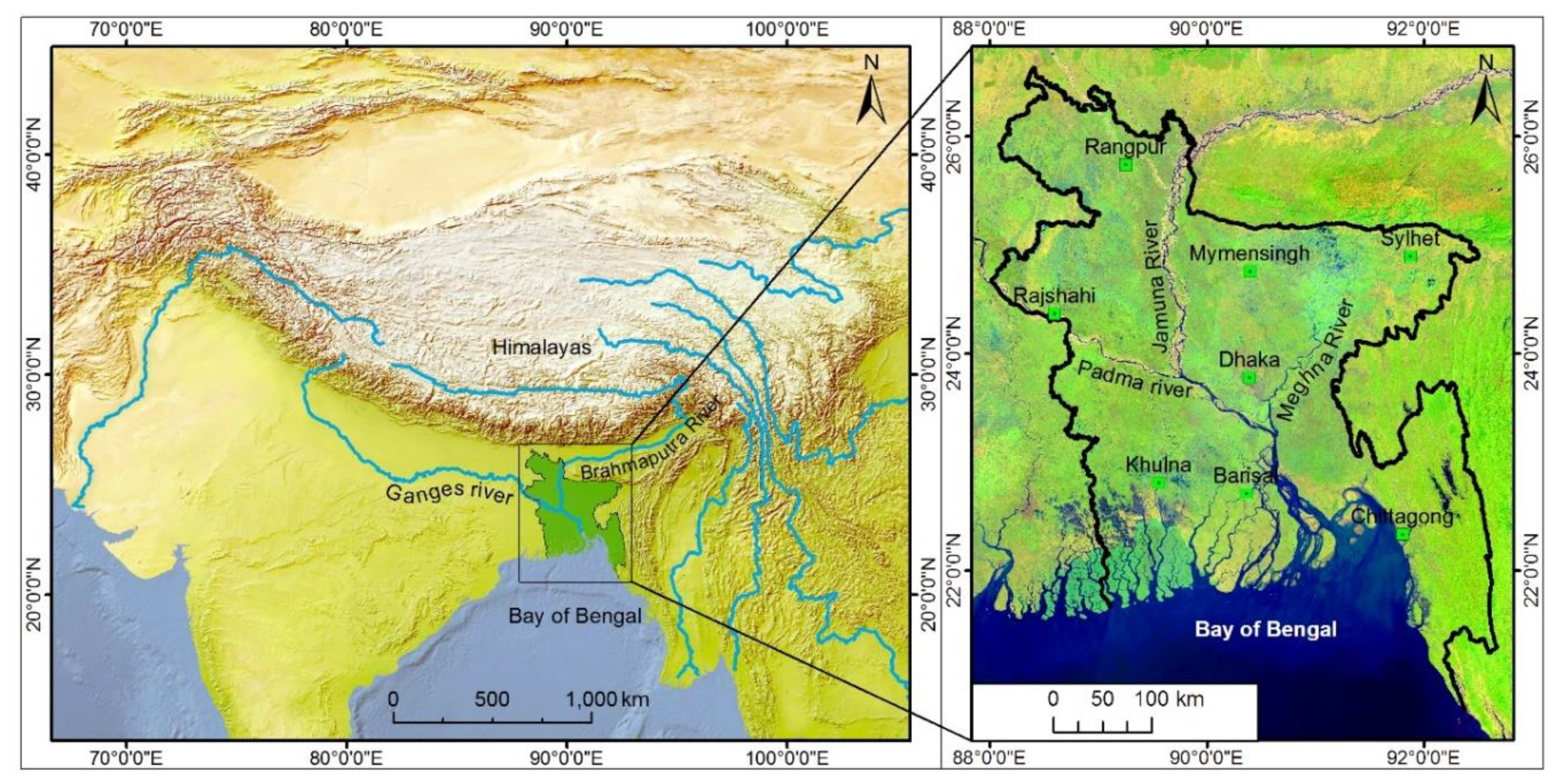 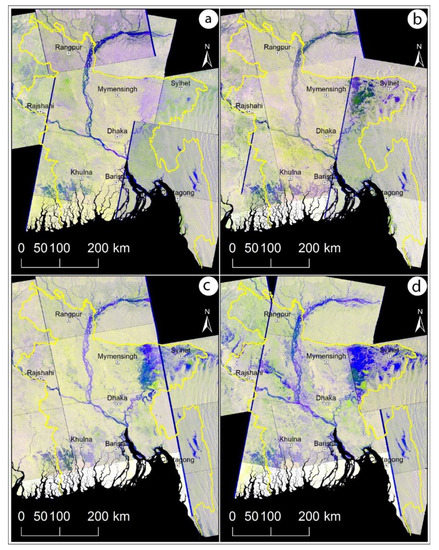 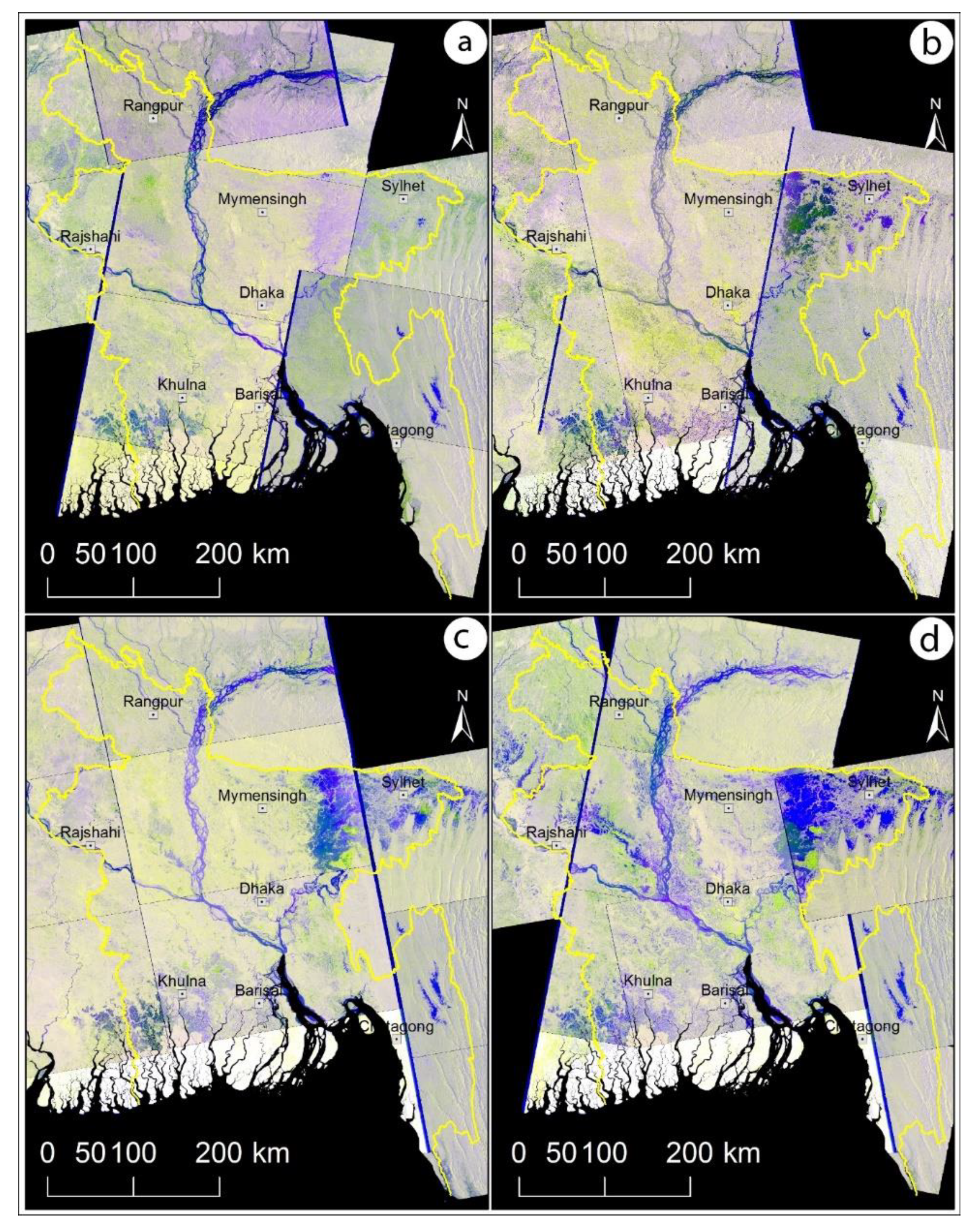 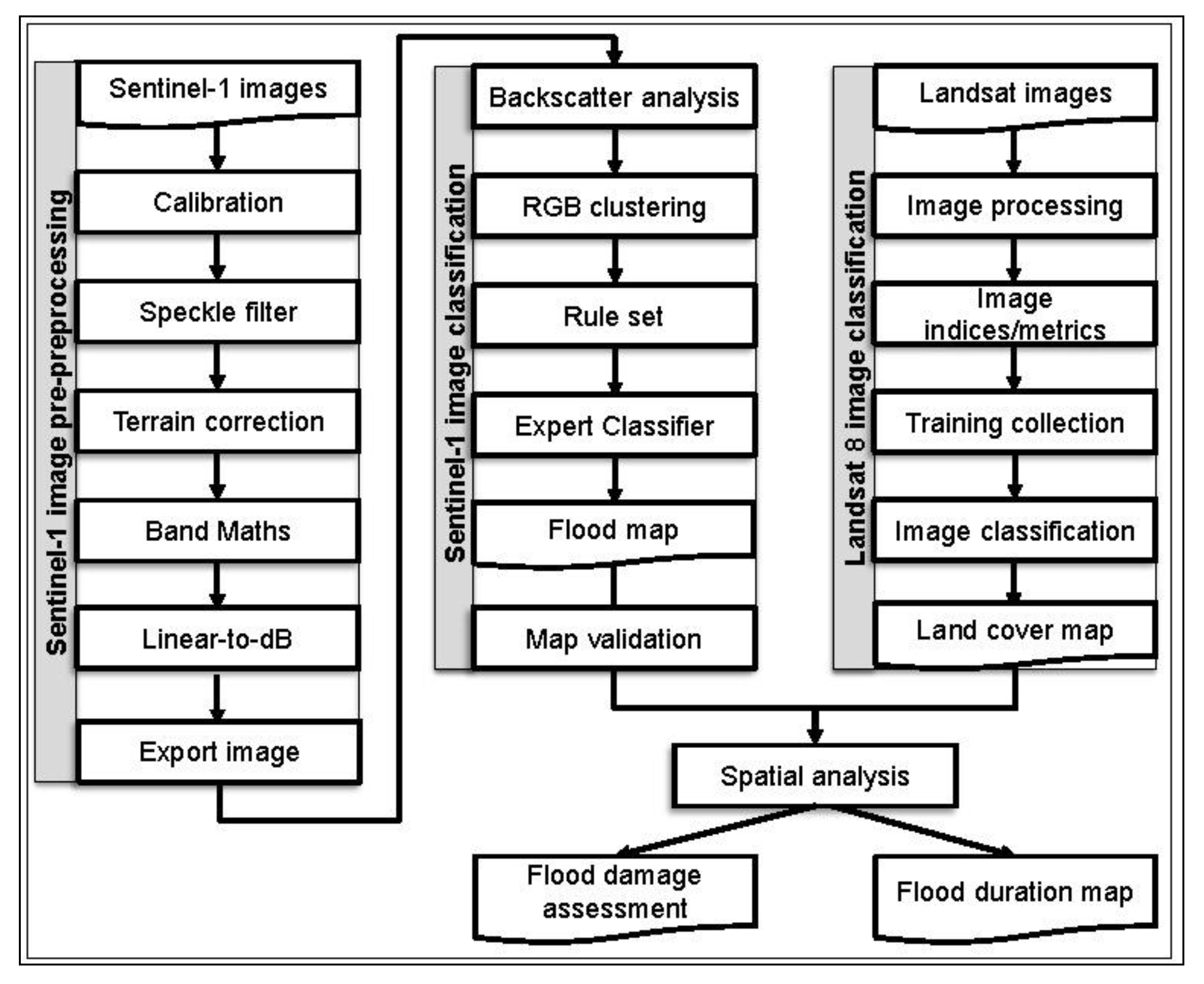 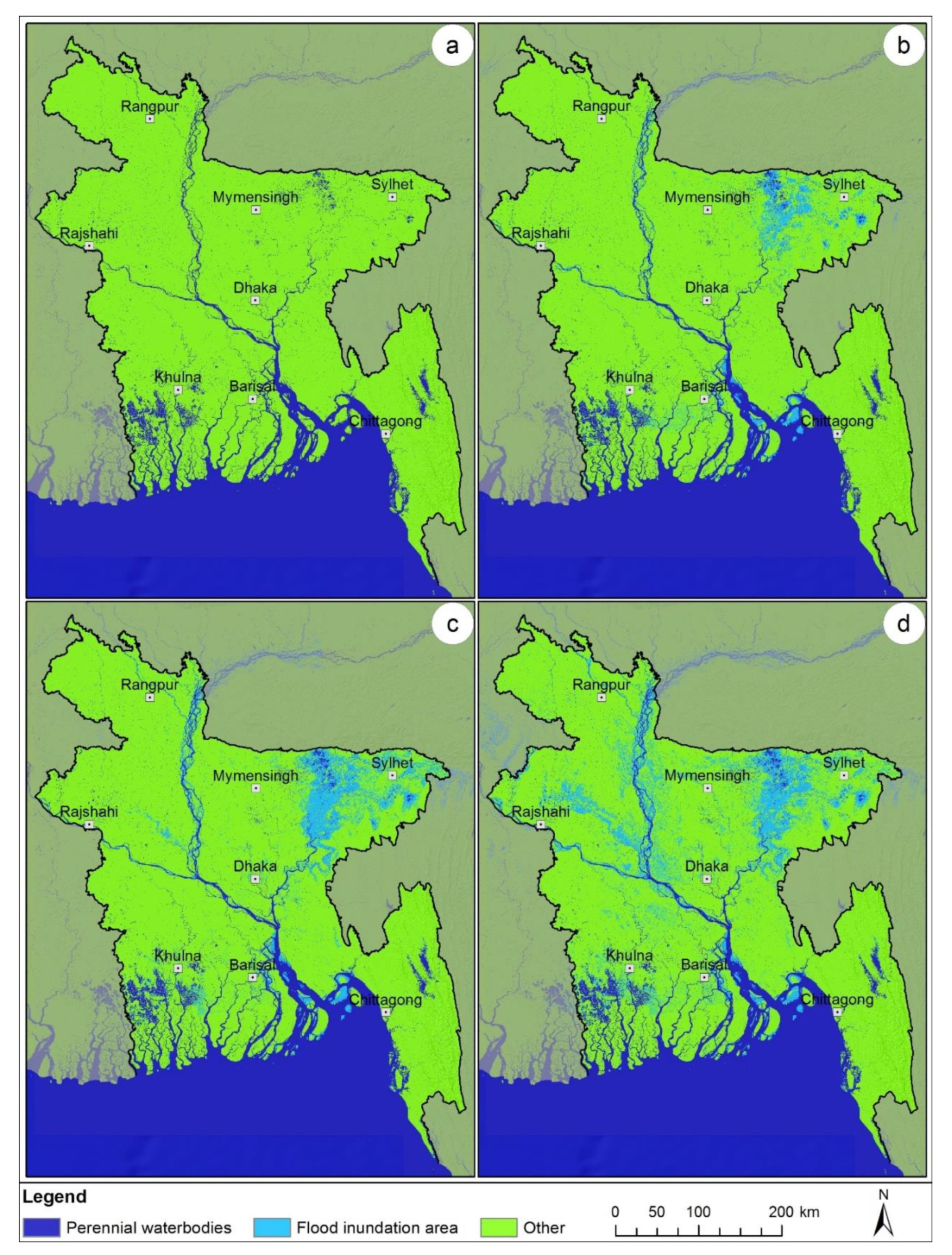 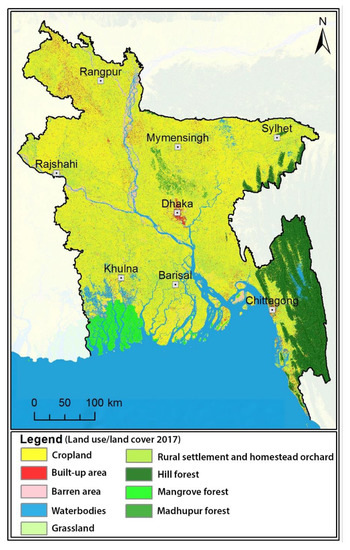 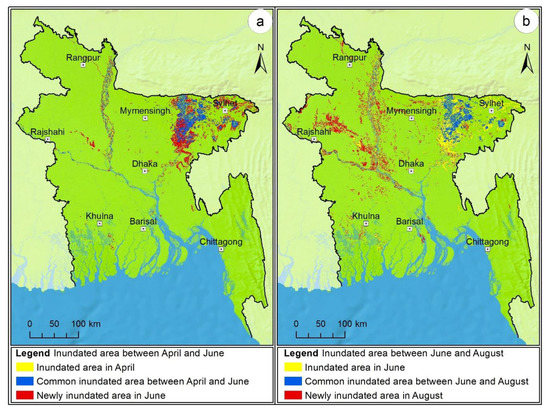