Perception of Space among Children Studying Their Local Grasslands: Examining Attitudes and Behavioural Intentions
Next Article in Special Issue

Regional Difference and Evolution and Convergence of Innovation Capability in China: Research on Space and Factorial Levels
Previous Article in Special Issue

The Beijing-Tianjin-Hebei region is the “capital circle” in China, which includes 13 cities and 200 counties (Figure 1). It is one of the most developed and prosperous regions and attracts worldwide attention. By the end of 2015, the total population of the Beijing-Tianjin-Hebei region was 111 million, and the urban population was 69.7 million; its urbanization rate was 62.5%. The gross domestic product (GDP) was about $1 trillion and the per capita GDP had already exceeded $9000 in 2015. Ever more rural people were attracted to work in the city as a result of the socioeconomic development, and the urban and industrial extension led the rural economy surrounding the city to develop rapidly. More farmers abandoned traditional agriculture and turned to modern agriculture for higher earnings; great changes have taken place in the rural areas of the Beijing-Tianjin-Hebei region over the past 30 years. Thus, the region was a typical case area to study rural transformation over the past 20 years.

The urban-rural system is made up of the population, land and industry. The population is the main body of the system, whose behavior can change the system by using other factors. Land is the carrier of the system, which can supply the living and working space for the population and guarantee industrial development. Industry is the power supply of the system, which can improve the living standard of the population and promote the system to rise to a higher level [17,18]. Thus, the population, land and industry are the essential factors of rural transformation [7,13]. These factors are interactive with each other in the process of transformation, and their coordination relationship has promoted the development of the urban-rural system. With socioeconomic development, the second industry and the tertiary industry have expanded their scale continuously; ever more of the rural population has been attracted to the city for its high living standard, which has accelerated the process of urbanization in recent years and increased the demand for living-space land [3,14]. Meanwhile, the external population has made a great contribution to the urban economy and expanded the scale of cities. The population, land and industry have been interactive with each other to form a development cycle system. Therefore, studying the rural PT-IT-LT has aided the understanding of the developing law of the rural system and has been of great significance to promote the coordinated development of urban and rural areas.
Population, land and industry are regarded as important factors in the process of rural transformation. Population transformation refers to farmers moving into towns to engage in non-agricultural employment or to live; land transformation refers to farmland becoming construction land; industry transformation refers to agriculture turning into the second and tertiary industries, which produces rural development. Thus, this study uses these three indicators to analyze the rural transformation degree (TD). This includes the proportion of agricultural labor with non-agricultural employment accounting for the total agricultural labor (PT) and the proportion of non-agricultural output value accounting for the GDP (IT), which came from the statistical yearbook of Beijing, Tianjin and Hebei [19,20,21], and the proportion of urban-industrial and mining land accounting for the total land area (LT), which was provided by the Resource and Environment Science Data Center of Chinese Academy of Sciences (http://www.resdc.cn) [22,23,24]. Two important indicators, the CD and TD, have been defined to describe the development of the rural transformation in the county.
All data had to be dimensionless to control the indicator value, which was from 0 to 1, allowing it to be calculated easily, and the indicators were given weights by mean deviation (Table 1). The CD with three indicators was acquired by Equation (1), which was improved by the formula for coupling coordination [25]; the formula aimed to test the consistency of change in PT-IT-LT, and its value was between 0 and 1. The closer to 1 the value was, the better the coordination relationship of the three indicators. The TD was obtained by adding three indicators with different weights (Equation (2)) [23,26]. The counties in the Beijing-Tianjin-Hebei region were seen as sample points to study the characteristics of rural transformation development by cluster analysis. The cluster analysis regarded the TD as basic ordered data, and added the CD and PT-IT-LT to the unified coordinate system; then the study divided the transformation development types according to the variation trend of the TD, CD and PT-IT-LT; in the last, the study named the transformation development types by multidimensional elements: “population-land-industry” + “coordination degree” + “transformation degree”.

The study used the improved Equation (1) to obtain the CD of the PT-IT-LT (Figure 2). It used the quartering method to analyze the result in different periods: the first stage was the lower-level coordinate whose degree was from 0.0 to 0.25; the second stage was the low-level coordinate whose degree was from 0.25 to 0.50; the third stage was the middle-level coordinate whose degree was from 0.50 to 0.75; the last stage was the high-level coordinate whose degree was from 0.75 to 1.0.
In time, the CD of the PT-IT-LT changed to high-level from low-level, and the mean value of the CD was 0.14, 0.20, 0.26 and 0.28 from 1990 to 2015. From 1990 to 2015, the CD was generally lower-level, but the proportions accounting for the total counties decreased gradually, and the values were 83.44%, 70.70%, 61.78% and 56.69%. The proportions of the low-level, middle-level and high-level CD accounting for the total counties increased from 1990 to 2015, which showed that the CD of rural PT-IT-LT in the Beijing-Tianjin-Hebei region continuously improved. With the economic development, ever more farmers gave up agriculture and left rural areas to work in factories; the demand for land increased, and the government had to take measures to alleviate the conflict between population and land.
In terms of space, most counties belonged to the lower-level CD from 1990 to 2015, but they had great spatial differences. The high-level CD of PT-IT-LT applied to Beijing and Tianjin; few counties occurred in the center of the Beijing-Tianjin-Hebei region (Figure 3). A circle structure from southeast to northwest Beijing-Tianjin-Hebei was clear; the CD of coastal counties was greater than for those far from the sea, which reflected the order of socioeconomic development in the region. The CD of some southeastern counties had reached the middle-level in 2015, while the northwestern counties were still at the lower-level, compared with 1990, because the economic development in the southeast with more advantages was faster than for the northwest, and its economy promoted the rural areas to develop in a more coordinated manner.

4.1. Mechanism of Population–Land–Industry to Rural Transformation

According to the results of discussions on the relationship between the TD and CD, the counties in the Beijing-Tianjin-Hebei region were divided into five types. The study gave each type a different score: “A” was 1, “B” was 2, “C” was 3, “D” was 4 and “E” was 5; then, each county acquired a score for its rural transformation–coordination development from 1990 to 2015. The study developed the county-rural transformation by dividing the functional regionalization by the mean score of the transformation–coordination development, which included the ecological conservation area, key development area and core leading area (Figure 8).
The core leading areas were mainly located in the center of the Beijing-Tianjin-Hebei region, and belonged to the counties of Beijing and Tianjin; these included 11 counties. The region was one of the most densely populated areas and was the political and economic center in China. The rural TD and CD were middle- and high-level, and their rural area reached the higher development level with high urbanization and industrialization. Thus, the land transformation was the major leading factor to promote village development, but land price in the region was much higher than for other regions, which was a resistance for the rural development of the future. However, the rural development had been at a high level in the region; it should keep the development state and lead other regions to form sustainable and scientific rural development as the guidance core.
The key developing areas included 79 counties accounting for 50% of the total, laying to the south and central parts of Beijing-Tianjin-Hebei. These regions’ TD and CD were middle- and low-level, and their rural development was still lower than that of the core leading area. However, the region had large development drivers, including the population and industry. With the socioeconomic development, many heavy factories in Beijing or Tianjin moved to the counties in Hebei, which improved the local economic development and promoted more of the rural population to work at the factory. Meanwhile, the rural population of the counties around Beijing, Tianjin and Shijiazhuang was attracted to the urban areas for high earnings; some people became part of the urban population and some worked in the city for a long period of time. Thus, the driving factors in the region were the population and industry transformation. However, there were some serious problems with the rural transformation development in the region, such as farmers weakening, environmental pollution and village hollowing in recent years, because the CD of the population, land and industry was lesser than for Beijing and Tianjin. However, the region should continue to develop and build the new sustainable rural areas, whilst also considering the factors in the process of rural development.
The ecological conservation area was in the north and west of the Beijing-Tianjin-Hebei region and included 67 counties, whose TD and CD were low- and lower-level. These counties were also near Beijing and Tianjin, but their rural development was worse than that of the core leading area and the key developing area because of their poor natural conditions. The population was also attracted to Beijing and Tianjin without local industry support, which formed the “siphon effect”, and many poor counties and poor villages appeared around Beijing. Thus, the rural development in the region clearly lagged behind other areas. However, there were also rich natural eco-tourism resources and cultural deposits; the industry transformation promoted rural development in the region for tourism and leisure services, but far away from environmental pollution. Thus, the region had great development potential and needed to wait for the help of the key developing area and core leading area. Now it should uptake the task of environmental protection in the Beijing-Tianjin-Hebei region as an ecological conservation area. 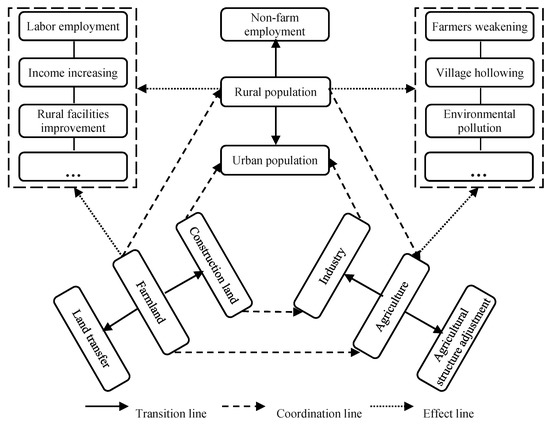 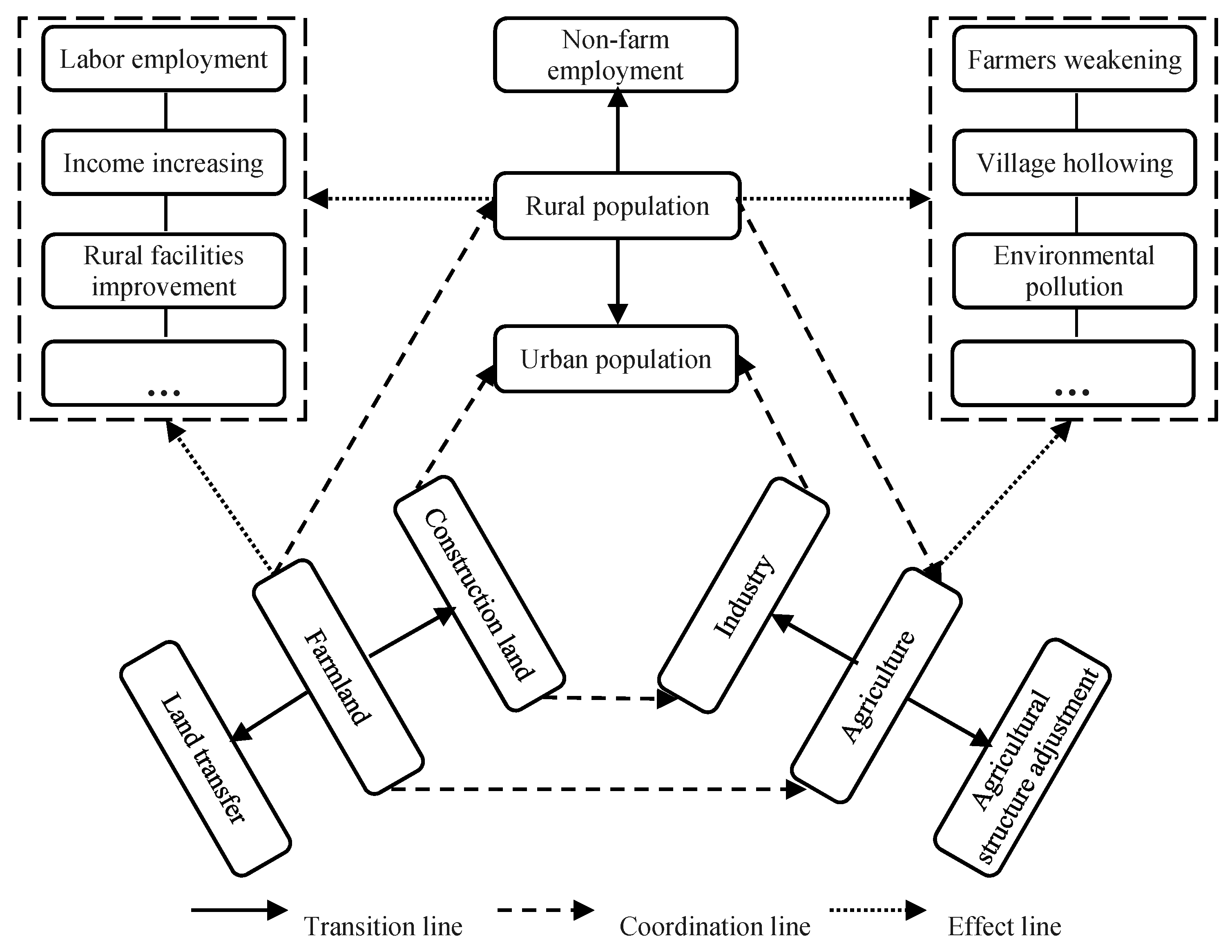 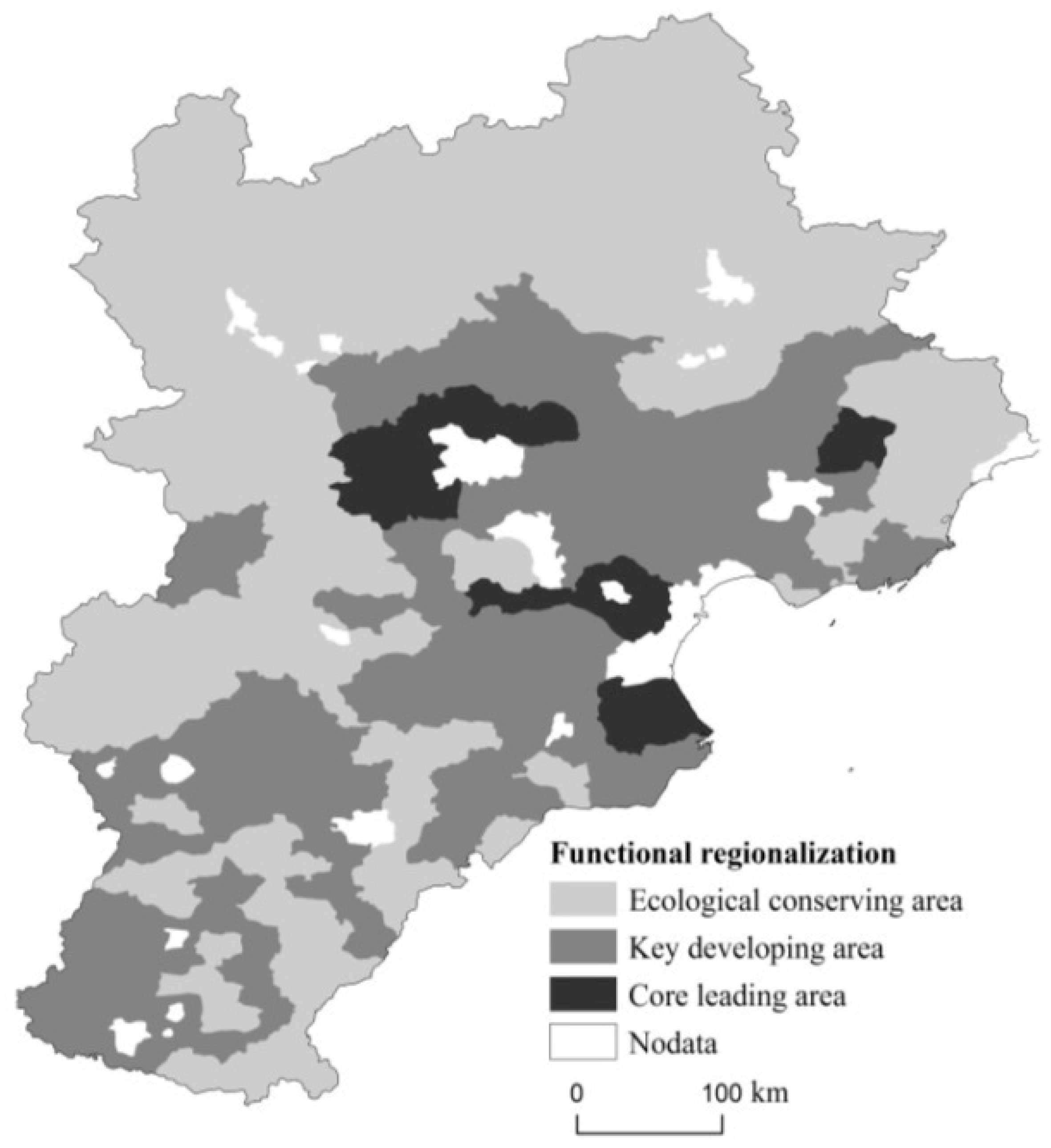 Table 1. Indicators of rural transformation.
Table 1. Indicators of rural transformation.
© 2017 by the authors. Licensee MDPI, Basel, Switzerland. This article is an open access article distributed under the terms and conditions of the Creative Commons Attribution (CC BY) license (http://creativecommons.org/licenses/by/4.0/).
We use cookies on our website to ensure you get the best experience. Read more about our cookies here.
Accept
We have just recently launched a new version of our website. Help us to further improve by taking part in this short 5 minute survey here. here.
Never show this again