Motives, Barriers, and Expected Benefits of ISO 14001 in the Agri-Food Sector
Next Article in Special Issue

Evaluation of Plan Implementation in the Fast-Growing Chinese Mega-City: A Case of a Polycentric System in Hangzhou Core Built-Up Area

Previous evaluations of plan implementation focused on whether the materiality construction was in accordance with the plan. Without proper data, it is difficult to confirm whether the planning goals have been achieved. In this study, two types of big data have been used—full sample built-environment data and mobile-positioning big data—to evaluate the results of the implementation of the polycentric system in master planning in the Hangzhou core built-up area. Using the full sample built-environment data, the evaluation of materiality construction will be more objective and accurate. Using the mobile-positioning big data, the evaluation of the planning goals can be realized; this was almost impossible in the past. However, two aspects are considered: whether daily public activities, such as employment and recreation, have been dispersed from the old city and subsequently re-gathered in multiple centers outside the old city, and whether the polycentric system aids in optimizing the spatial relationship between residence and public activity. The following conclusions were drawn. In terms of actual materiality construction, the results showed minimal discrepancy from the plan. Fifteen city-level public centers have been constructed at principal, secondary, and sub-secondary levels. However, the polycentric system failed to achieve the expected effects of the planning goals. First, the public centers contributed in the gathering of public activities; however, the level of gathering at the newly built-up public centers was considerably lower than that at traditional public centers. Second, the public centers failed to encourage people to visit the nearest blocks for daily public activities, mainly because of the path dependence on the traditional centers in the process of multi-centralization and over-rapid expansion of the city. Owing to this, residents did not have sufficient time to adjust to the spatial relationship between the residence and daily public activities. View Full-Text
Keywords: evaluation of plan implementation; polycentric system; mega-city; big data evaluation of plan implementation; polycentric system; mega-city; big data
►▼ Show Figures 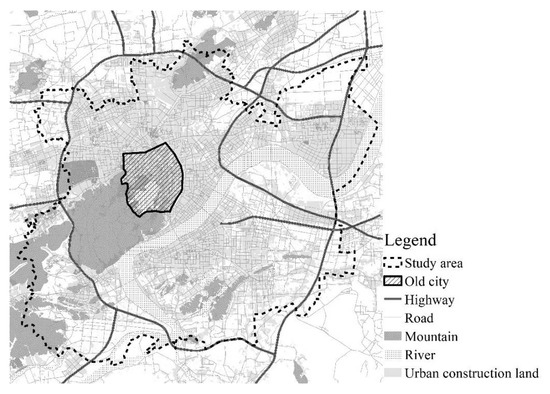