CDWs consist of debris generated during construction, renovation, and demolition of buildings, roads, and other civil engineering structures. They are a large source of secondary raw materials, consisting roughly of concrete, wood, masonry, drywall, glass, plastics, metals, and more [38]. The recycling of this waste stream generally takes place at mobile or fixed treatment plants from which RAs are produced. Usually, mobile plants do not apply technologically advanced treatments (only metal separation and a volume reduction process), while fixed treatment plants are equipped with more performing technologies than mobile plants. The quality of the produced RA directly depends on the purity of the original CDW. Depending on the merceological fractions contained, the CDWs are classified with different EWC codes of chapter 17. Generally, in Italy, during the treatment process, all managed EWC codes are usually mixed together to produce mixed recycled aggregates (MRAs) of medium to low quality, mostly used in road and geotechnical applications.
In the present study, the CDWs most managed by the Italian treatment plants and the RAs produced were analyzed in terms of chemical composition and leaching behavior. The EWC codes analyzed are reported in Table 1.

In order to evaluate the environmental behavior of both CDWs and RAs, several certificates of chemical characterization and leaching tests were provided by the Italian National Builders’ Association (ANCE Lombardy) and the National Association of Recycled Aggregates Producers (ANPAR). These certificates are related to CDWs and RAs treated by different treatment plants located in Italy, and give information about the chemical and leaching properties of CDWs and RAs according to the Italian environmental legislation (L.D. 152/2006 and M.D. 186/2006).
A total of more than 50 certificates were collected, of which 15 were on chemical analysis and 39 were on leaching tests (Table 2). Elemental composition of major and minor elements was determined according to the standards CNR IRSA 1 Q64 Vol. 3 1985 (pH), CNR IRSA 2 Q64 Vol. 2 1984 (dry residue at 105 °C), and EPA 3051A:2007+EPA6010C:2007 (metals). In particular, for metals analysis, the laboratory samples were prepared according to EPA 3051A:2007, which provides a rapid microwave acid extraction to mimic extraction using conventional heating with nitric acid (HNO3); while the metal determination was carried out by inductively coupled plasma atomic emission spectrometry (ICP-AES), according to EPA6010C.
Regarding the leaching behavior, the tests were performed according to the UNI EN 12457-2 (Figure 1). The procedure described by this standard consists of a one stage batch leaching test at a liquid to solid (L/S) ratio of 10 L/kg for materials with a particle size below 4 mm. The solution, composed of granular material and deionized water, is shaken for 24 ± 0.5 h and then left to decant for 15 minutes. After that, the eluate is filtered using a membrane filter (0.45 µm), and a subsample is collected for testing. Conductivity, pH, and temperature must be immediately measured. The contaminant releases were then compared to the regulatory limit values imposed by M.D. 186/2006.

The chemical and leaching properties have been discussed in tabular format (range of maximum and minimum values) in order to identify the variation of the pollutant concentration. A more in-depth analysis was developed on data related to leaching tests, which were analyzed and statistically elaborated using the software IBM SPSS. In particular, the statistical analysis was developed by applying the box plot methodology in order to visually reproduce the variation of pollutant concentration and, at the same time, to identify the criticality level of the contaminants with respect to the regulatory limits for recovery. Box plots are useful in research methodology and are interesting, as they pictorially convey a large amount of information in a concise way that allows for quick data interpretation and understanding [39]. The typical construction of the box plot divides the data distribution into quartiles, as shown in Figure 2.
A box is used to define the positions of the first (Q1) and third (Q3) quartiles, and the inside of this box indicates the interquartile range (IQR), which is the area between the first and third quartiles and contains 50% of the data population. The box is also intersected by a horizontal line, which represents the second quartile (Q2) and is defined as the median. Vertical lines, called whiskers, are extended to the extremes of the distribution, and represent the minimum and maximum values in the dataset.
The point and star represent, respectively, the outliers and the extreme values. These values are observations that lie an abnormal distance from the other population values.

3.1. Chemical Composition of CDWs and RAs

3.2. Leaching Behavior of CDWs and RAs

As previously mentioned, the leaching behavior was evaluated according to the UNI EN 12457-2, and the results were compared to the legal limits imposed by M.D. 186/2006 for unbound recovery. Table 4 shows the leaching concentrations of both CDWs and RAs in terms of minimum and maximum values; while Figure 3, Figure 4, Figure 5, and Figure 6 represent the box plots of the main critical parameters for recovery (sulphates, total chromium, and COD). All parameters with maximum concentrations above the regulatory limits are marked in bold.
The material pH and the pH of its environment are crucial in determining the release of many constituents. The results highlighted that pH is generally alkaline for both CDWs and RAs. As shown in Figure 3, CDWs from concrete (EWC 170101) are the main CDWs responsible for the high alkalinity due to cement, as stated by Del Rey et al. [18]. However, while remaining alkaline, the pH may change in relation to the characteristics and age of the concrete contained in the analyzed material. As stated by Braga Maia et al. [24], RAs from young concrete have strongly alkaline pH values (pH > 13), while RAs generated from older carbonated concretes have lower pH values (pH < 10). In fact, pH is strictly related to the carbonation degree, which is linked to the age of the building, the exposure conditions during its lifetime, and the type of concrete [28]. In particular, carbonation occurs when the cement hydrate phases react with CO2, precipitate as calcium carbonate (CaCO3) [40], and develop carbonated material [41]. This process generally proceeds slowly during the service life of concrete structures, but when these concrete materials are demolished and transformed into recycled aggregates, their specific surface increases, resulting in greater CO2 absorption. In this context, Engelsen [42] stated that aging and carbonation processes change the material pH from pH = 12–14 to pH = 9–10, which significantly modifies the leachability of many chemical substances. Butera et al. [16] demonstrated that this decrease of pH, due to the carbonation, increases SO4, Si, Cr, and V releases and decreases Ca, Ba, Sr, Na, and K releases. The results of the study also showed that most of the total Cr was released as Cr (VI), which is more harmful and leachable than Cr (III) when the pH is less than 5 [18,43].
We identified the most conflictive elements; Figure 4, Figure 5 and Figure 6 show concentrations (expressed in mg/L) of SO4, COD, and Cr released in high levels by both material CDW and RA.
As shown in Figure 4, SO4 is a critical parameter for both CDWs and RAs, and it is generally released from mixed CDWs due to the presence of gypsum, ceramic materials, and mortar particles [17,19,20,23,30,36]. In particular, as shown in Figure 4 (right), over 50% of all samples analyzed (box with vertical lines) had concentrations above the regulatory limit of 250 mg/L. Moreover, some concentrations, classified as outliers, reached values over 1400 mg/L and 1600 mg/L. The correlation between SO4 and gypsum was also proved by Lopez-Uceda et al. [35], who found that samples with high gypsum content do not meet regulatory requirements due to the high sulfate concentration. In this context, even though gypsum is a limiting element in RAs, this research has supported its long-term feasibility in terms of physical, mechanical, and leaching properties when used in road construction.
As shown in Figure 5, Cr is mainly released by cement and concrete fractions (EWC 170101), confirming the results obtained by Chen et al. [33], Vegas et al. [10], and Nurhanim et al. [44]. However, these results are not in line with what was stated by Del Rey et al. [18], who highlighted that the release of Cr and SO4 is not correlated to concrete samples. Similarly, Galvin et al. [23] stated that Cr concentrations are correlated with ceramic particles (mainly from bricks and tiles).
Finally, COD, as one of the most critical parameters, was released by both cement and concrete CDWs (EWC 170101), soil and stones (EWC 170504), and mixed CDWs (EWC 170904). In particular, among them, soil, stones, and concrete are the main sources of release, with median values of about 45 mg/L and 58 mg/L, respectively. In fact, as shown in Figure 6, all soil samples exceeded the legal limit value of 30 mg/L, as the whole box and the whiskers reside above the limit. As stated by Melendez [45], these high levels of COD are attributed to the decomposable organic matter that could be present in both CDWs and RAs.

In this study, the environmental performances of CDWs and RAs in terms of chemical composition and leaching behavior were evaluated. The chemical results showed that Al, Fe, Cr, Mn, and Si are the most abundant parameters contained in CDWs, while Al, Cu, Cr, and Zn are the most abundant parameters contained in RAs.
Comparing the leaching results with the regulatory limit values of M.D 186/2006 led to the following conclusions:
In conclusion, the critical parameters that affect the potential recovery and reuse of both CDWs and RAs are still numerous. As revealed by the analysis performed, the release of these compounds is governed by the merceological fractions contained in the materials analyzed. Therefore, in order to improve the environmental quality of CDWs and, consequently, of RAs, the application of a selective demolition process is of primary importance.

The authors wish to thank the Italian National Builders’ Association (ANCE Lombardy) and the National Association of Recycled Aggregates Producers (ANPAR) for their willingness to provide us their chemical and leaching data for the analysis. This work is developed within the PhD project “Environmental and technical characterization of construction and demolition wastes and recycled aggregates for their use in concrete, road construction and geotechnical applications”, financed by the companies Gruppo Gatti S.p.A, Esse Emme S.r.l., and Fasanini S.r.l., located in Brescia, Italy. 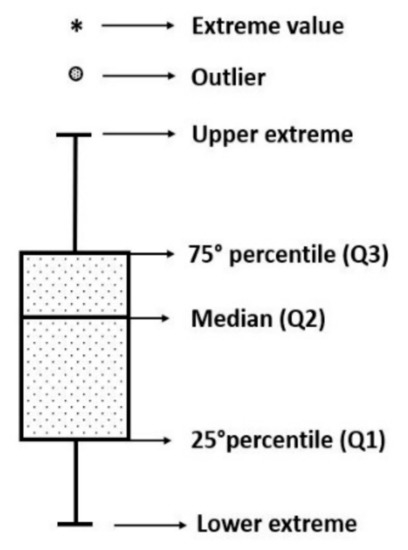