Climate Adaptation Plans in the Context of Coastal Settlements: The Case of Portugal

:
Only recently has noise been considered in the assessment of the sustainability of port infrastructures, after decades of unawareness. INTERREG Maritime projects unveiled problems that have been neglected so far, such as the lack of proper regulation and noise exposure assessments for citizens. While it is true that a port area includes a huge variety of possible noise sources, very few of them have been characterized from an acoustical point of view. INTERREG projects have boosted research in the field, and previous studies have dealt with noise produced by moving ships in ports. The present work starts from a previous measurement campaign used to obtain broadband and 1/3-octave-band noise emissions of moving ships, and it aims to explain their uncertainties. More than a month’s worth of continuous acoustic measurements and video recordings were deeply analyzed in order to obtain an input database that is as precise as possible. A multiple regression analysis was performed in order to understand the influence that parameters such as minimum distance, speed, and draught have on ships’ noise emissions, which were calculated using pass-by measurements, with a special focus on ferries. The minimum distance of each ship’s passage from the microphone was measured using a video recording with an innovative methodology, providing results with 3 m of uncertainty. Knowing which parameter is more influential would help in planning proper measurements for monitoring or for drafting correct guidelines. Draught was determined to be uninfluential in ferries’ noise emissions, while the minimum distance and speed relations were estimated and accounted for in the calculation of a refined sound power level. From a spectrum point of view, the frequencies from 500 Hz to 2.5 kHz were determined to be those that contributed the most to the noise produced by the transit of a ship, and they vary with speed. With the studied corrections, different ferry models resulted in similar noise emissions. The standard deviation of noise emitted was reduced by 0.5 dB (A), and the average was also improved by positioning the ships’ flow at the correct average minimum distance. Furthermore, the right placement of a source is also important in the acoustic mapping phase for a correct evaluation of the propagation of noise at a distance. The use of more precise input data is important for improving the output of acoustic propagation models during the assessment of port noise in the surrounding areas.
Keywords:
ship noise; port noise; noise pass-by; multiple regression analysis; noise emission; sustainable management; harbor noise; noise measurements; noise characterization

The authors thank the Port Authority of Livorno for allowing the measurements and for the video recordings. The authors also thank Alessandro Del Pizzo and Sandra Hill for their linguistic support and proofreading of the article. 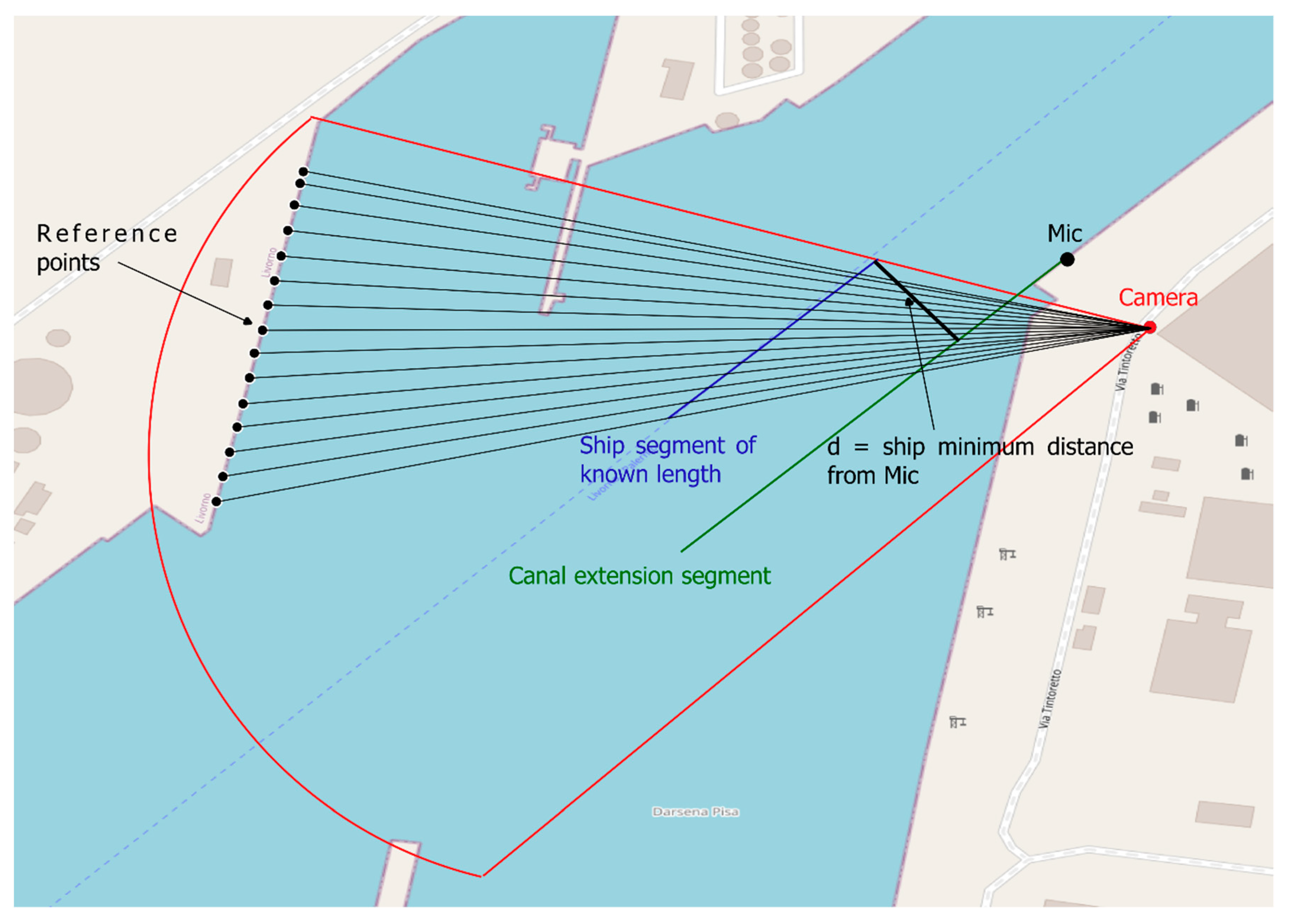 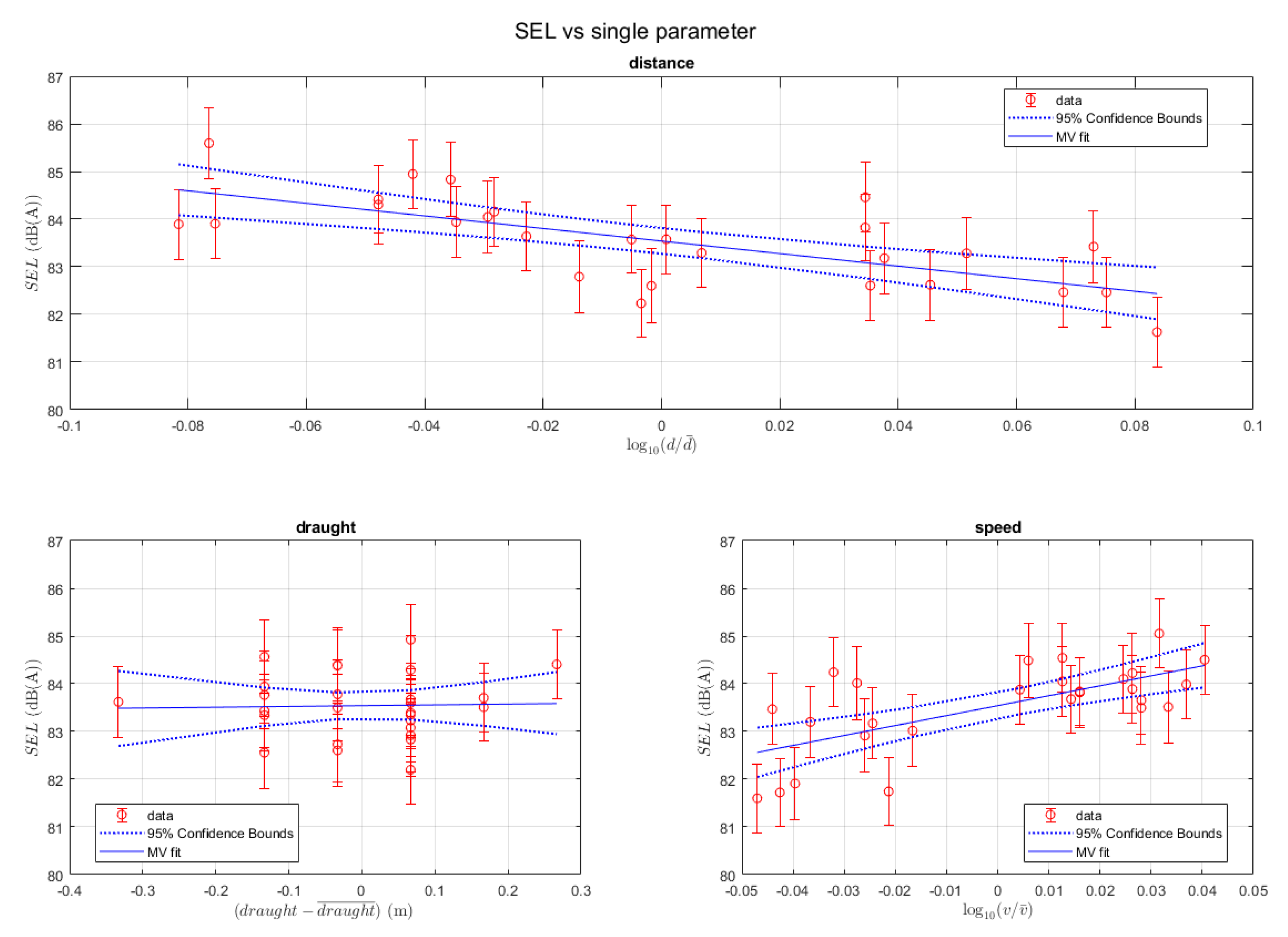 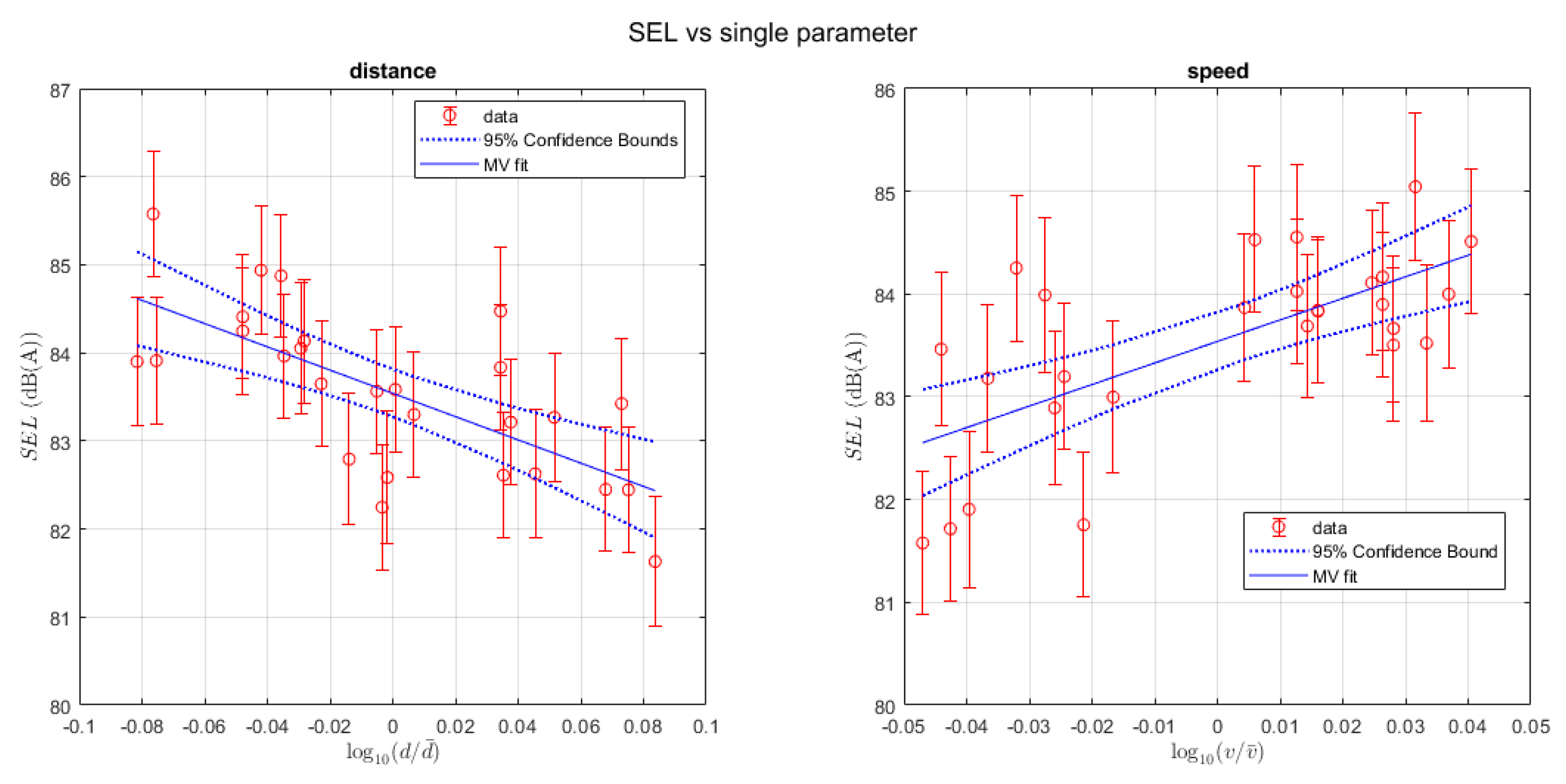 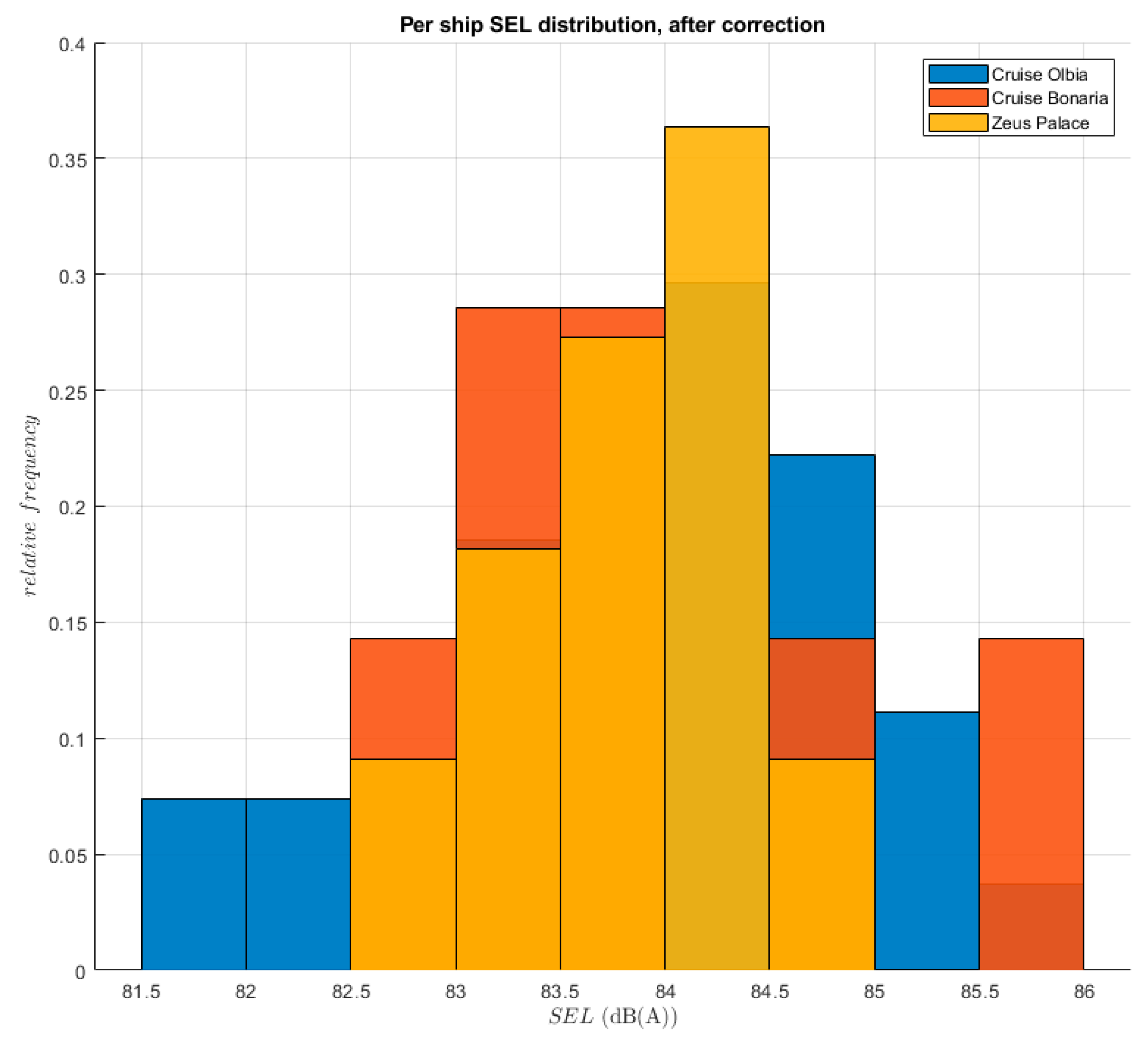