This work presents performance study of a concentrating photovoltaic/thermal (CPV/T) collector and its efficiency to produce electric and thermal power under different operating conditions. The study covers a detailed description of flat photovoltaic/thermal (PV/T) and CPV/T systems using water as a cooling working fluid, numerical model analysis, and qualitative evaluation of thermal and electrical output. The aim of this study was to achieve higher efficiency of the photovoltaic (PV) system while reducing the cost of generating power. Concentrating photovoltaic (CPV) cells with low-cost reflectors were used to enhance the efficiency of the PV system and simultaneously reduce the cost of electricity generation. For this purpose, a linear Fresnel flat mirror (LFFM) integrated with a PV system was used for low-concentration PV cells (LCPV). To achieve the maximum benefit, water as a coolant fluid was used to study the ability of actively cooling PV cells, since the electrical power of the CPV system is significantly affected by the temperature of the PV cells. This system was characterized over the traditional PV systems via producing more electrical energy due to concentrating the solar radiation as well as cooling the PV modules and at the same time producing thermal energy that can be used in domestic applications. During the analysis of the results of the proposed system, it was found that the maximum electrical and thermal energy obtained were 170 W and 580 W, respectively, under solar concentration ratio 3 and the flow rate of the cooling water 1 kg/min. A good agreement between the theoretical and experimental results was confirmed. View Full-Text
Keywords: concentrating system; photovoltaic; cooling system; energy efficiency; CPV/T concentrating system; photovoltaic; cooling system; energy efficiency; CPV/T
►▼ Show Figures 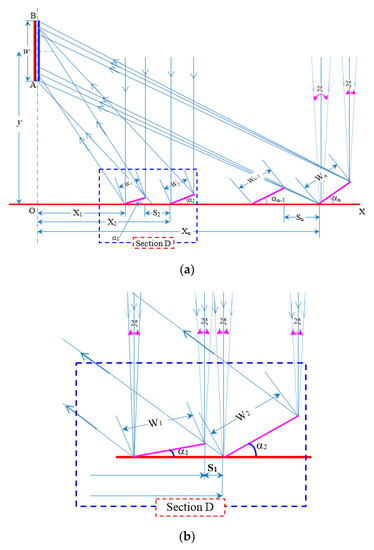