Getting Involved with Vaccination. Swiss Student Teachers’ Reactions to a Public Vaccination Debate
Next Article in Special Issue

Values and Green Product Purchase Behavior: The Moderating Effects of the Role of Government and Media Exposure

As a characteristic of senior drivers aged 65 +, the low-mileage bias has been reported in previous studies. While it is thought to be a well-known phenomenon caused by aging, the characteristics of urban environments create more opportunities for crashes. This calls for investigating the low-mileage bias and scrutinizing whether it has the same impact on other age groups, such as young and middle-aged drivers. We use a crash database from the Ohio Department of Public Safety from 2006 to 2011 and adopt a macro approach using Negative Binomial models and Conditional Autoregressive (CAR) models to deal with a spatial autocorrelation issue. Aside from the low-mileage bias issue, we examine the association between the number of crashes and the built environment and socio-economic and demographic factors. We confirm that the number of crashes is associated with vehicle miles traveled, which suggests that more accumulated driving miles result in a lower likelihood of being involved in a crash. This implies that drivers in the low mileage group are involved in crashes more often, regardless of the driver’s age. The results also confirm that more complex urban environments have a higher number of crashes than rural environments. View Full-Text
Keywords: low-mileage bias; traffic crash; older driver; spatial analysis; traffic safety low-mileage bias; traffic crash; older driver; spatial analysis; traffic safety
►▼ Show Figures 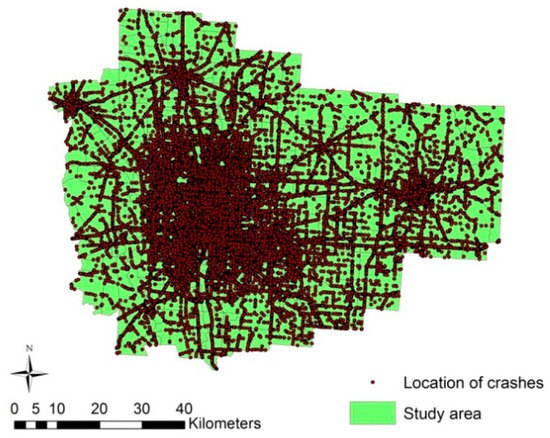