Research on Population Spatiotemporal Aggregation Characteristics of a Small City: A Case Study on Shehong County Based on Baidu Heat Maps

Molecular No Smart-Planning in Italy: 8000 Municipalities in Action throughout the Country

This paper discusses the topic of urban and spatial planning in Italy where decision-making is left almost exclusively to the innumerable, small municipalities present in the country and totaling almost 8000 in number. Projects and actions to transform built areas, infrastructure, and welfare services of all sorts and purposes in a national territory of over 300,000 km2 are supervised by countless mayors, municipal councils, and boards that govern plots of land corresponding to polygons of a few kilometers per side. This is generally achieved by means of town plans developed outside of any general rule or protocol, the contents of which are often ignored as a result of national legislation that weakens them and sometimes makes them uninfluential essentially. This is a European example of urban planning mismanagement that deserves to be brought to the broader attention of the European technical and scientific community, also because the debate developed so far on this topic—even by eminent and authoritative urban planners—has been published almost entirely in Italian only. Public and political attention towards this issue is extremely limited, although the severe effects of “molecular planning” are beginning to be perceived: unjustified overurbanization and highly patchy, energy-intensive, urban patterns that are destructive for ecosystems and at odds with public interests regarding environmental and urban quality. In this paper, we make some comparisons with other European countries and outline some directions—certainly very difficult to follow—to reconsider and recover from the adverse effects produced to date. View Full-Text
Keywords: planning tool; molecular planning; land take; planning strategy planning tool; molecular planning; land take; planning strategy
►▼ Show Figures 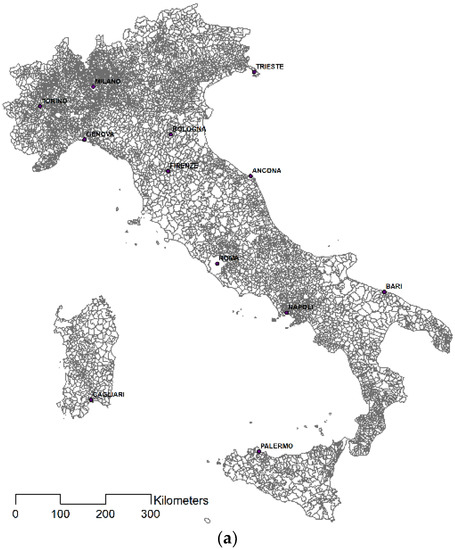