The Future Challenges of Food and Agriculture: An Integrated Analysis of Trends and Solutions

A Case of ‘Muddling Through’? The Politics of Renewing Glyphosate Authorization in the European Union

Between 2012 and 2017, the European Commission struggled to achieve the renewal of glyphosate, an active ingredient of some broad-spectrum herbicides. As indicated by the International Agency for Research on Cancer, the chemical kills or suppresses all plant types; when applied at lower rates, it is a plant-growth regulator and desiccant. Glyphosate is used worldwide for agricultural and non-agricultural purposes. Once uncontroversial, new scientific evidence concerning the potential hazards of the substance has sparked a considerable debate in public and political spheres. In light of this sustained controversy, it came as a surprise when a qualified majority of European Union member states voted in favor of the Commission’s proposal to renew the approval of glyphosate for another five years. How was this outcome reached after many ‘no opinion’ votes? How are the member states dealing with the authorization’s renewal? Relying on document analyses and process tracing, we show in this study that the aforementioned renewal was attained due to a change in position on the part of German delegates, who voted in favor of the proposal instead of abstaining. By examining how the member states are addressing the renewal of the authorization, we found that both the countries that opposed renewal and those that supported it are now taking steps to reduce the use—or preparing the phaseout—of glyphosate. Due to domestic political considerations, however, the realization of these steps has so far proven to be difficult. View Full-Text
Keywords: comitology procedure; domestic politics; European Union; glyphosate; voting behavior comitology procedure; domestic politics; European Union; glyphosate; voting behavior
►▼ Show Figures 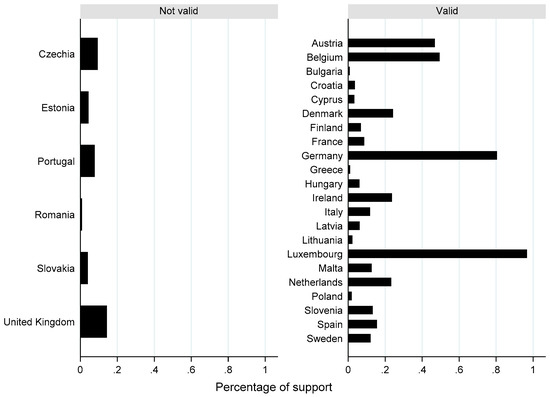