Positioning Axes of Sustainable Tourist Destinations: The Case of Aragón
Next Article in Special Issue

Cow Milk versus Plant-Based Milk Substitutes: A Comparison of Product Image and Motivational Structure of Consumption
Previous Article in Journal

Assessment of Hydrological Changes and Their Influence on the Aquatic Ecology over the last 58 Years in Ganjiang Basin, China
Previous Article in Special Issue

Comparing “Leaf-to-Root”, “Nose-to-Tail” and Other Efficient Food Utilization Options from a Consumer Perspective

Is Agricultural Emissions Mitigation on the Menu for Tea Drinkers? 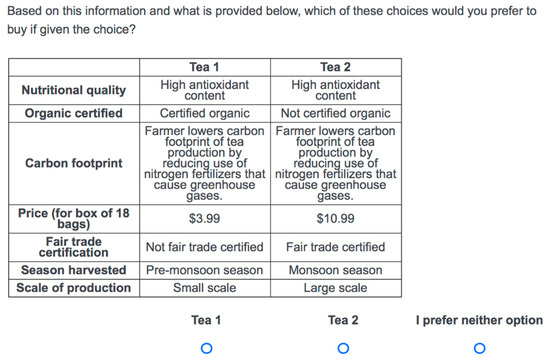