Peste des petits ruminants virus (PPRV) causes a contagious disease of high morbidity and mortality in global sheep and goat populations. To better control this disease and inform eradication strategies, an improved understanding of how PPRV transmission risk varies by age is needed. Our study used a piece-wise catalytic model to estimate the age-specific force of infection (FOI, per capita infection rate of susceptible hosts) among sheep, goats, and cattle from a cross-sectional serosurvey dataset collected in 2016 in Tanzania. Apparent seroprevalence increased with age, reaching 53.6%, 46.8%, and 11.6% (true seroprevalence: 52.7%, 52.8%, 39.2%) for sheep, goats, and cattle, respectively. Seroprevalence was significantly higher among pastoral animals than agropastoral animals across all ages, with pastoral sheep and goat seroprevalence approaching 70% and 80%, respectively, suggesting pastoral endemicity. The best fitting piece-wise catalytic models merged age groups: two for sheep, three for goats, and four for cattle. The signal of these age heterogeneities were weak, except for a significant FOI peak among 2.5–3.5-year-old pastoral cattle. The subtle age-specific heterogeneities identified in this study suggest that targeting control efforts by age may not be as effective as targeting by other risk factors, such as production system type. Further research should investigate how specific husbandry practices affect PPRV transmission.
Keywords: Epidemiology; peste-des-petits-ruminants; seroepidemiologic studies; Tanzania; force of infection; catalytic model Epidemiology; peste-des-petits-ruminants; seroepidemiologic studies; Tanzania; force of infection; catalytic model

Peste des petits ruminants virus (PPRV), or small ruminant morbillivirus (SRMV), is a socio-economically important, highly infectious virus that causes high morbidity and mortality among sheep and goat populations worldwide. PPRV is present in Africa, the Middle East, and Asia, as well as in the country of Turkey, and currently impacts 80% of the world’s sheep and goat population [1], causing an estimated $1.45–2.1 billion USD in global annual losses due to mortality, impaired production, and treatment of infected animals [1]. Livestock keepers in these regions rely heavily on sheep and goats for their livelihoods, as they are a source of meat, milk, and income. Household herd losses due to PPRV contribute to global poverty and food insecurity. In 2015, the Food and Agricultural Organization (FAO) and World Animal Health Organization (OIE) launched a global campaign to eradicate PPRV by 2030. Although the available, affordable vaccine has demonstrated protection for up to 3 years [2], the large, global small ruminant population turns over rapidly, increasing the difficulty of implementing control strategies, such as blanket mass vaccination. To better target eradication control efforts, FAO also launched a global PPRV research network in 2018 [3] with the goal of aligning research efforts to inform strategies for PPRV eradication. One such research effort highlighted was the need to determine how PPRV transmission patterns vary by age, including identifying the appropriate age cohorts at which PPRV vaccination can be performed efficaciously and the age at which maternal immunity falls beneath a protective threshold (and what the value of the protective threshold is) [4].
The role of age in vulnerability to disease transmission is an important consideration that often leads public health and animal health experts to focus their control efforts on specific subsets of populations [5]. For many well-known infectious diseases, transmission risk varies by age. For example, measles, mumps, and rubella became known as childhood diseases in the pre-vaccine era as the force of infection (FOI, per capita rate of infection of susceptible hosts) was greatest during early childhood [6,7] due to age-stratified mixing and an adult population protected from previous exposure. Sexually transmitted infections typically have higher incidence and FOI after the age of sexual maturity among more sexually active individuals. Other infections, including influenza or bacterial infections, may impact any age group but have a greater disease impact among those who are immunocompromised—often the youngest and oldest members of a population [8]. In animals, evidence of age-dependent patterns in susceptibility and transmission have been observed for feline leukemia virus in cats and bovine tuberculosis in bison [9,10,11]. In these infections, young animals are more susceptible to infection, and seropositivity increases in the population with age. These age-related infection patterns are influenced by mixing patterns, which are likely to be different among wild animals, domesticated animals in different production systems, and children, who experience age-stratified mixing at school. Nevertheless, given that age-related patterns are seen among both human and animal diseases, calculating the FOI across age cohorts is a useful approach that can reveal which age group is responsible for most of the onward transmission. Prevention and control efforts can then be targeted to the appropriate age cohorts, thereby reducing transmission and lowering control costs compared with mass interventions, assuming the cost of identifying target groups is not prohibitive [12].
PPRV research to date has demonstrated that young animals may be protected for the first 3–5 months of life by maternal immunity [13,14,15,16,17], but once that protection wanes, young animals appear to be the most severely affected age group in terms of susceptibility and mortality [16,17,18]. The majority of published studies (compiled in Text S1) report age as a significant risk factor for PPRV seroconversion and that PPRV seroprevalence increases with animal age; however, there are also several studies that concluded age was not a significant risk factor. Further clarification is needed regarding the impact of age on PPRV transmission.
To understand the role of age in PPRV transmission and to inform strategies for PPR eradication by vaccination, this study aims to identify which age cohorts are responsible for PPRV transmission using cross-sectional serosurvey data of sheep, goats, and cattle managed together in the same households under differing production systems across 20 villages in northern Tanzania. Earlier work on this population [19] did not assess age variation in transmission. We predict that seroprevalence will increase by age group for each species, as would be expected if PPRV were an endemic, fully-immunizing (i.e., providing life-long protection) infection. We use a piece-wise catalytic model framework to calculate age-varying FOI estimates. Our a priori set of hypotheses for the piece-wise catalytic model are represented schematically in Figure 1 using arbitrary FOI values for the step function. We postulate that an age-varying model (Figure 1B–D) will be a better fit to serosurvey data than an age constant model (Figure 1A). Furthermore, we predict that the highest FOI estimates will appear in the youngest age groups, shortly after the waning of maternal immunity, which is consistent with the hypothesis of horizontal transmission by socialization at the age of weaning and independence around a few months of age, or, in the case of sheep and goats, reproduction starting shortly before one year of age (Figure 1B). It will be possible to detect, but not separate, these two events in sheep and goats, as animals in the data set are all six months or older and the dentition-based age groups do not provide fine enough age resolution. As a precaution, models without the first age group were investigated in case of extended maternal immunity beyond the published estimates. The hypothesized transmission patterns for these models are presented in Figure 1C,D and include abbreviated FOI peaks for the youngest age groups.

All adult participants in the SEEDZ study provided written informed consent. No data were collected from minors or children. In this study, questionnaire data were used solely to determine the PPRV vaccination status of household herds in the past 12 months. The protocols, questionnaire, and consent procedures were approved by the following ethical review committees: Kilimanjaro Christian Medical Centre (KCMC/832, issued 27 May 2015, renewed to 16 May 2020) and the National Institute of Medical Research (NIMR/HQ/R.8a/Vol.IX/2028, approved 7 October 2015, extended until 10 September 2020 by NIMR/HQ/R.8c/Vol.1/1328, approved 30 September 2019 ) in Tanzania; and the College of Medical, Veterinary, and Life Sciences, University of Glasgow in the United Kingdom (2001401521, approved 1 July 2015). Approval for animal work was provided by the Clinical Research Ethics Committee at the University of Glasgow School of Veterinary Medicine (39a/15, approved 15 October 2015), which authorizes research under The Veterinary Surgeons Act UK 1996 and oversees research regulated under the Animal (Scientific Procedures) Act 1986. Permission to publish this work was granted by the Director of Veterinary Services, Tanzania.

The anonymized dataset used in this study will be made available on the following repository: http://researchdata.gla.ac.uk/ 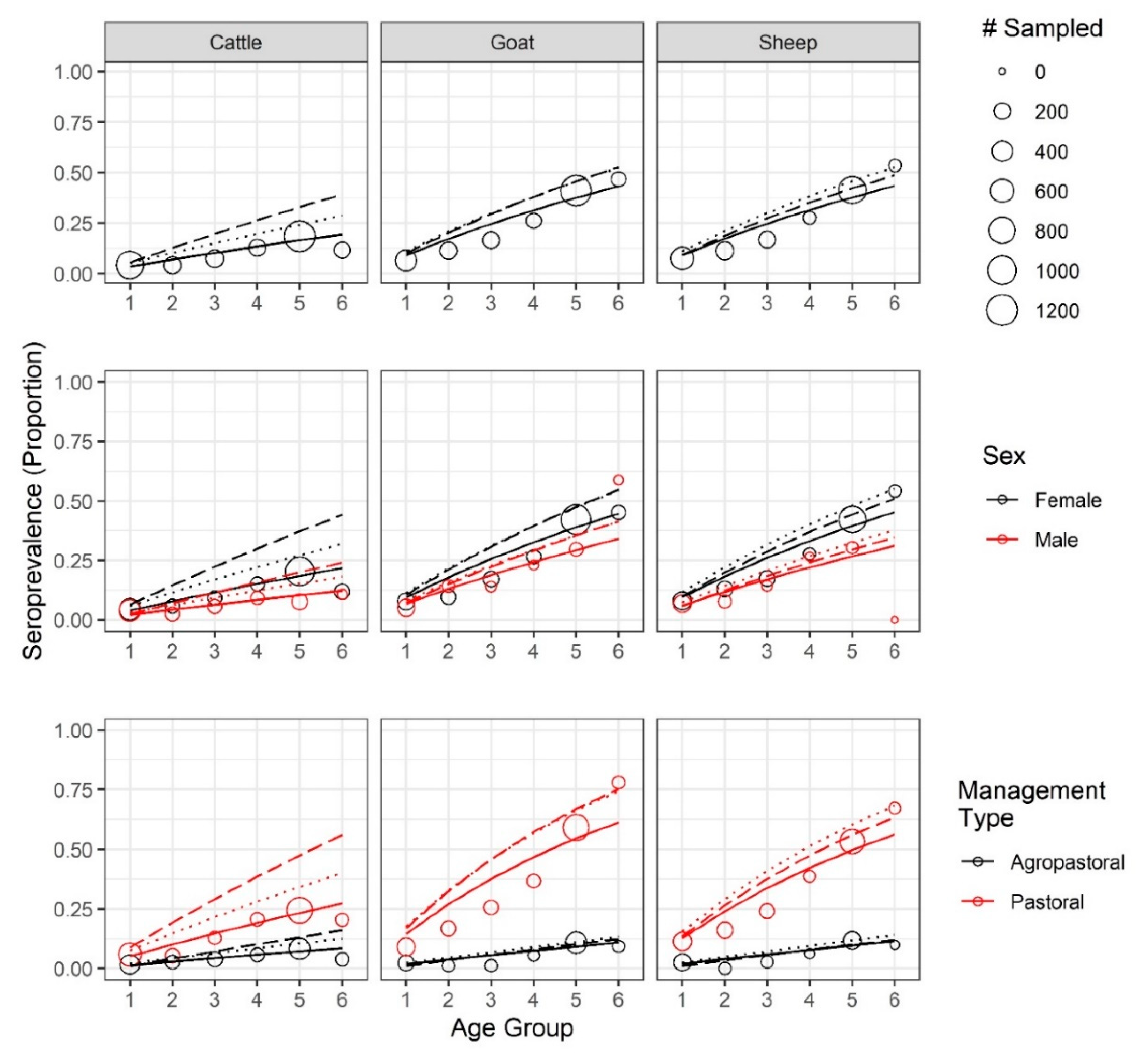 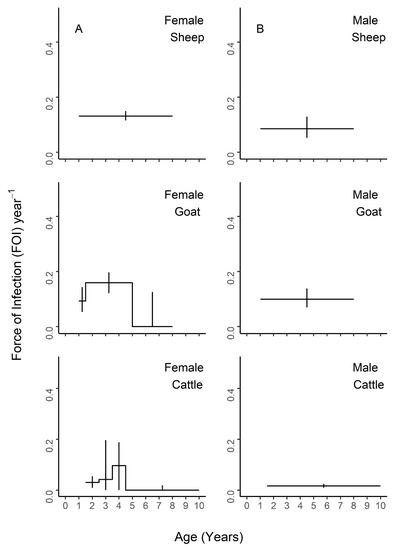 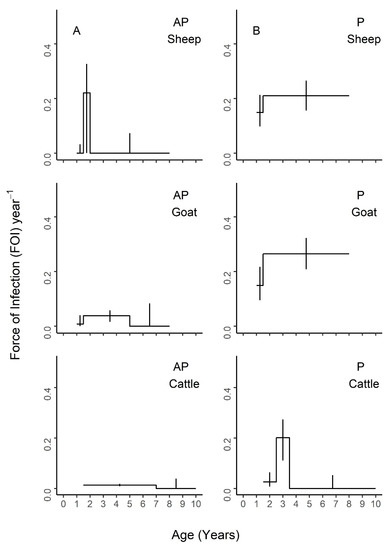 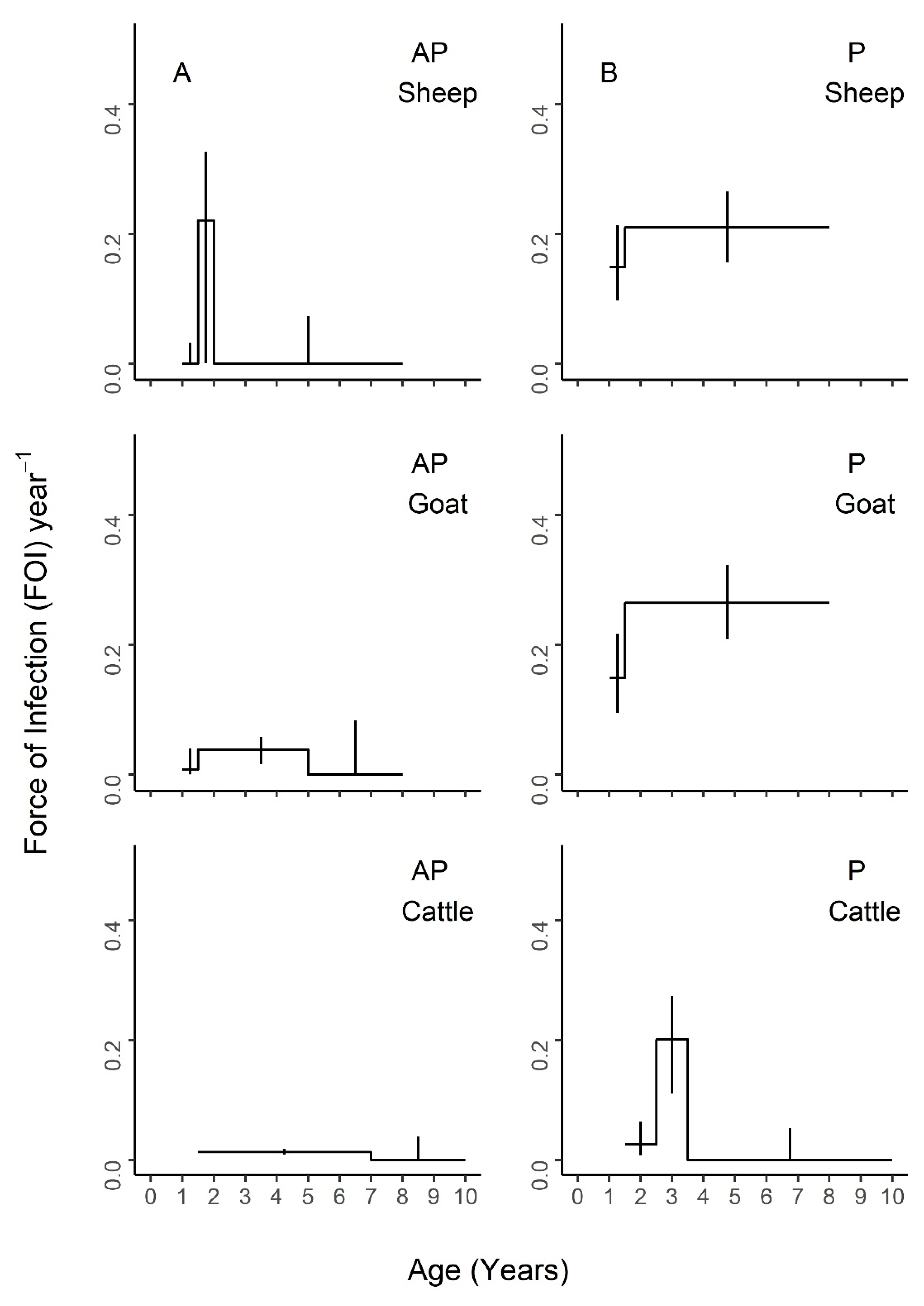