Providing high quality seedlings for use in forestry applications is one of the main challenges faced by the forest nurseries, and it depends on the practices used in such facilities. For instance, controlled experiments have shown that seedling growth is affected by the soils’ physical condition, which in turn is rather difficult to manipulate by the equipment used; this raises the question on whether changing the operational procedures could enable better physical properties of the seedbeds’ soils, in such a way that they will contribute to a better seedling growth. This study compares two seedbed tillage systems, termed as traditional (T, plowing, disk harrowing and cultivation) and minimal (M, scarifying and rototilling) in terms of physical properties of the soils and seedling growth, accounting for the variation induced by the local soil and climate conditions (three forest nurseries) as a separate factor. The results indicate highly significant gains in growth of the root collar diameter and shoot height for four tested species (pedunculate oak, common ash, wild cherry and Norway spruce), which accounted for 16 to 109% and for 10 to 134%, respectively, when using the M system. Root volume growth, which was tested for pedunculate oak, has also shown significant gains, accounting for 49 to 59% as of using M instead of T. In general, the seedlings resulted from the M treatment were found to be more homogeneous in terms of morphological characteristics, though the association and dependence between their features and physical properties of the soils were poorer. These gains in growth seem to be more related to the tillage systems rather than to local soil and climate conditions, as no or marginally significant differences were found to support their relation to the forest nurseries taken into study. The main conclusion of the study is that changing the regular seedbed tillage system by the minimal one could contribute not only at improving the growth of the seedlings, but also to the responsivity of forest nurseries. View Full-Text
Keywords: forest nurseries; seedbed treatments; mechanization level; soil; physical properties; seedling; growth; association; dependence; improvement forest nurseries; seedbed treatments; mechanization level; soil; physical properties; seedling; growth; association; dependence; improvement
►▼ Show Figures 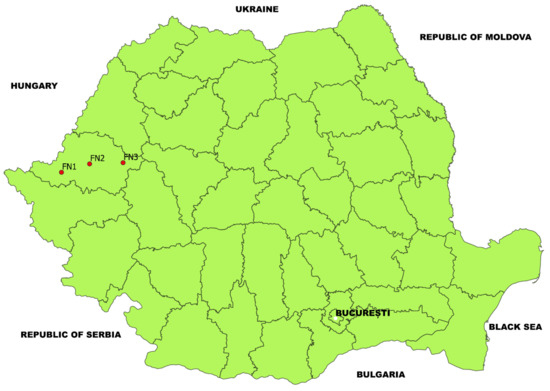