Benzylpyrazinium Salts as Photo-Initiators in the Polymerization of Epoxide Monomers

Photocatalytic H2 Production Using Pt-TiO2 in the Presence of Oxalic Acid: Influence of the Noble Metal Size and the Carrier Gas Flow Rate

The primary objective of the experiments was to investigate the differences in the photocatalytic performance when commercially available Aeroxide P25 TiO2 photocatalyst was deposited with differently sized Pt nanoparticles with identical platinum content (1 wt%). The noble metal deposition onto the TiO2 surface was achieved by in situ chemical reduction (CRIS) or by mixing chemically reduced Pt nanoparticle containing sols to the aqueous suspensions of the photocatalysts (sol-impregnated samples, CRSIM). Fine and low-scale control of the size of resulting Pt nanoparticles was obtained through variation of the trisodium citrate concentration during the syntheses. The reducing reagent was NaBH4. Photocatalytic activity of the samples and the reaction mechanism were examined during UV irradiation (λmax = 365 nm) in the presence of oxalic acid (50 mM) as a sacrificial hole scavenger component. The H2 evolution rates proved to be strongly dependent on the Pt particle size, as well as the irradiation time. A significant change of H2 formation rate during the oxalic acid transformation was observed which is unusual. It is probably regulated both by the decomposition rate of accumulated oxalic acid and the H+/H2 redox potential on the surface of the catalyst. The later potential is influenced by the concentration of the dissolved H2 gas in the reaction mixture. View Full-Text
Keywords: TiO2; H2 production; Pt nanoparticles; size dependent activity; oxalic acid TiO2; H2 production; Pt nanoparticles; size dependent activity; oxalic acid
►▼ Show Figures 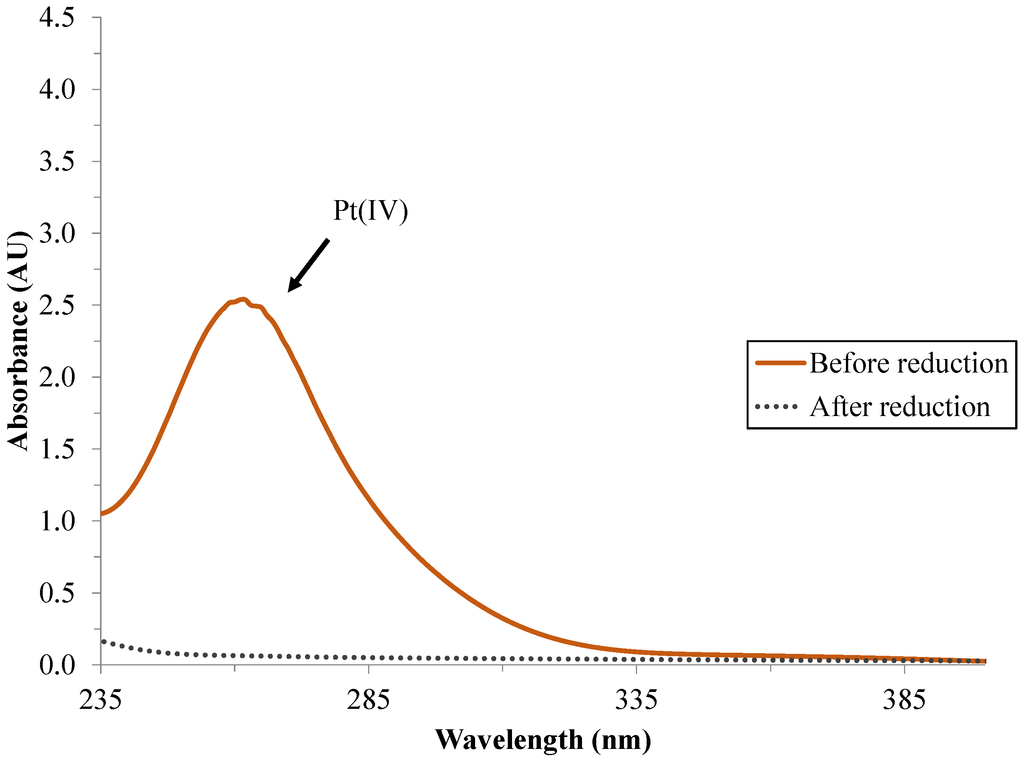