Our cities, parks, beaches, and oceans have been contaminated for many years with millions of tonnes of unsightly and toxic cigarette butts (CBs). This study presents and discusses some of the results of an ongoing study on recycling in fired-clay bricks. Energy savings: the energy value of CBs with remnant tobacco was found to be 16.5 MJ/kg. If just 2.5% of all bricks produced annually worldwide included 1% CB content, all of the CBs currently produced could be recycled in bricks, and it is estimated that global firing energy consumption could be reduced by approximately 20 billion MJ (megajoules). This approximately equates to the power used by one million homes in Victoria, Australia, every year. Bacteriological study: CBs were investigated for the presence of ten common bacteria in two pilot studies. Staphylococcus spp. and Pseudomonas aeruginosa were detected in fresh used CB samples, and Listeria spp. were detected in old used CB samples. All of the CB samples except the dried sample had significant counts of Bacillus spp. Some species of the detected bacteria in this study are pathogenic. Further confirmation and comprehensive microbiological study are needed in this area. The contact of naphthalene balls with CBs had a significant disinfecting effect on Bacillus spp. The implementation procedure for recycling CBs in bricks, odour from Volatile Organic Compound (VOC) emissions in CBs, sterilization methods, CB collection systems, and safety instructions were investigated, and they are discussed. Proposal: when considering the combined risks from many highly toxic chemicals and possible pathogens in cigarette butts, it is proposed that littering of this waste anywhere in cities and the environment be strictly prohibited and that offenders be heavily fined. View Full-Text
Keywords: cigarette butts; recycling; fired clay bricks; bacteriological investigation; waste management; cigarette butt littering cigarette butts; recycling; fired clay bricks; bacteriological investigation; waste management; cigarette butt littering
►▼ Show Figures 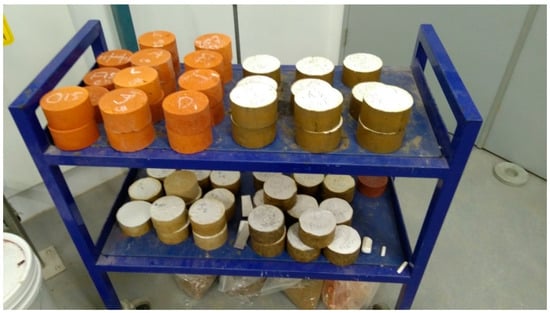