Silver-Based Chemical Device as an Adjunct of Domestic Oral Hygiene: A Study on Periodontal Patients
Previous Article in Journal

Implant placements in areas of deficient ridge width or depth often result in exposure of the fixture threads and formation of implant-associated defects. The treatment of edentulous posterior maxilla with implant supported rehabilitation may result difficult for the insufficient bone volume in consequence of buccolingual and/or apical occlusal atrophy of the edentulous alveolar crestal bone and pneumatization of the maxillary sinus. In this anatomical condition, the implant primary stability can be very difficult to obtain in absence of a useful quantity of cortical bone and for the loose structure of type IV spongious bone which prevents the fixture migration into the sinus [1,2]. Many different surgical techniques have been developed to treat the atrophic posterior maxilla. For some decades, sinus augmentation procedures performed using several bone grafts has been proposed to treat the posterior maxilla for dental implant placement [3,4]. The use of allografts, xenografts and alloplasts has been reported in the literature and they help bone formation. Most of these biomaterials have osteoconductive properties and represent scaffolds that guide bone formation [5]. Their availability is a useful advantage of these materials. Xenografts have been reported to show a similarity to human bone tissue morphology [6].
Bone substitutes should ideally possess osteoinductive, osteoconductive, and osteogenic properties. To perform the formation of vital bone, implants need to integrate in newly-formed bone and have long-term survival after functional load. These properties vary in different bone grafting materials [7,8,9]. Autogenous bone is considered ideal as an augmentation material. Previous studies were performed regarding the benefits of bone xenografts for the augmentation of maxilla sinus, with positive results. Grafting materials that are utilized in floor augmentation could provide for a bone formation process, by replacing the bone materials, due to capillary infiltration, and support of the implants [10]. These grafting materials help to maintain space between the basal bone and membrane.
When augmentation is achieved after surgical procedure, the possibility of new bone formation with a membrane elevation in the maxillary sinus has been reported in human and animal studies [11,12]. The aim of this randomized controlled clinical trial was to compare the volumetric and histomorphometric properties of two techniques for maxillary sinus augmentation using a lateral window approach: heterologous cortical lamina without any grafting material versus 100% collagenated granular porcine bone. The present investigation is a preliminary report focusing on outcomes up to six months after healing.

The surgical time required to complete the augmentation procedures was 12.5 ± 3.1 min calculated for a total of 14 sinuses (Figure 1). The mean volume graft was 3101 ± 321 mm3 immediately postoperative and 2716.7 ± 432 mm3 after six months of healing (Figure 2). Forty-five Cone Beam Computer Tomography (CBCT) scans of the sinus augmentation were evaluated and no perforation of the sinus membrane was present in the 13 sites treated, while in 1 sinus a small membrane perforation was evident. Clinically, no fever, pain or acute infection was observed in all cases treated. Radiographically, bone grafts showed increased hyperdensity in comparison between immediate postoperative and after six months healing, with higher density than native bone (Figure 3). In the second surgical phase, the sinus wall was found to be totally healed in all cases. During bone core biopsies retrieved with a trephine, the healing of the sinus was obvious. No gaps were present at the bone–porcine bone interface that was always in close contact with the graft particles (Figure 3). Porcine bone granules presented marked staining differences from the host bone and had a decreased affinity for the stains.
Newly formed bone with wide osteocyte lacunae and large marrow spaces were present with newly formed vessels and no inflammatory cell infiltrate (Figure 4). In a few areas, it was possible to see a rim of osteoblasts, while no osteoclasts or macrophages cells were present. No resorption evidence was present in the sample. In a few areas, it was possible to observe the presence of compact, mature cortical bone, which could be easily differentiated from the newly formed bone. The tissues present in the sample were composed of 34 ± 1% new bone, 38 ± 3% marrow space, 35 ± 4% residual biomaterials and 3.02 ± 2% osteoid tissue.

The surgical time required to complete the augmentation procedures was 18.3 ± 2.1 min for a total of 14 sinus augmentations, Figure 1, Figure 5 and Figure 6. The mean volume graft was 2801 ± 215 mm3 immediate postoperative and after six months of healing it was 1912.1 ± 332 mm3 (Figure 2). Forty-five CBCT scans of the treated sinus were performed at different times. Clinically, no perforation of the sinus membrane was evident in 11 sites, while in 2 sites a small perforation was present in correspondence to the site of the surgery. In particular, one rupture of the lining was induced by incorrect handling of the heterologous cortical lamina membrane. The Schneiderian membrane was perforated during positioning of the cortical lamina by a cutting edge not correctly reduced by the operator. The perforation at the porcine bone site was sealed with a cortical lamina. In all cases, no acute infection, pain or fever was observed after treatment.
In all subjects, bone augmentation tomographical analysis showed increased hyperdensity in comparison between the immediate postoperative examination and after six months of healing, with increased density of native bone (Figure 6). In the cortical lamina group, newly formed bone with wide osteocyte lacunae and large marrow spaces were present histologically with newly formed vessels (Figure 7). No pathological inflammatory cell infiltrates or foreign body reactions were evident and few osteoblasts were present in the specimens evaluated. At low magnification, the samples showed trabecular bone without epithelial cells or connective tissue, while prominent woven and mature bone were found. Mature bone originating from the endosteal surface filled the external portion of the bone sinus (Figure 7). The periphery and central portion of the cavities showed mineralized tissues and new bone formation. In all subject, the sites appeared completely healed in second surgical phase. Osteoid matrix produced by osteoblasts activity were observed and a moderate quantity of marrow stromal cells and vascular networks contained in marrow spaces. In particular, seams of osteoblasts and unmineralized matrix with collagen fibrils were observed in close proximity to new bone apposition areas. The tissues present in the sample were composed of 27 ± 4% new bone, 61 ± 3% of marrow space and 2.68 ± 3% osteoid tissue.

The bone cores were stored in 10% buffered formalin and processed for histology and histomorphometry at the Implant Retrieval Centre, Dental School, University of Chieti-Pescara, Italy in order to obtain thin ground sections with the Scan 1 Automated System (Pescara, Italy) [45]. Each sample was dehydrated in an ascending series of alcohol rinses and embedded in a glycolmethacrylate resin (Technovit 7200 VLC, Kulzer, Wehrheim, Germany). After completion of polymerization process, each specimen was sectioned longitudinally along its major axis with a high-precision diamond disc at about 150 µm and ground down to about 30 µm. Three slides were obtained for each specimen and stained with acid fuchsin and toluidine blue. The nomenclature approved by the American Society of Bone and Mineral Research was used to evaluate bone quality and histomorphometric measurements [46].
They were observed in normal transmitted light under a Nikon microscope ECLIPSE (Nikon, Tokyo, Japan). The different percentage of hard tissues, medullary space and biomaterials was carried out by a light microscope connected to a high resolution video camera (16.25-megapixel) (Digital Sight series microscope cameras), interfaced to a high definition monitor and a personal computer (Notebook Toshiba Satellite pro r50-c-15w). This optical system was associated with a histometry software package with image capturing capabilities, then recorded using a Sony α330 digital camera and subjected to morphometric analysis using digital image-analysis (NIS-Elements AR 3.0 software, Nikon, Minato, Japan).

A power analysis was accomplished using dedicated software freely available on the web (http://clincalc.com/stats/samplesize.aspx) to determine the numerosity of the sample needed to achieve statistical significance for quantitative analyses percentage of new bone formation and quantization of the percentage of the residual graft materials. A calculation model was adopted for dichotomous variables (yes/no effect) by putting the effect incidence designed to caution the reasons 25% for controls and 75% for treated, alpha was set at 0.05 and power at 80%. The optimal numerosity of sites for the evaluation was 14 sinuses for each experimental group. Differences between groups of treatment were determined by one-way analysis of variance (ANOVA) followed by Fisher’s Protected Least Significant Difference (PLSD) post-hoc test. Statistical evaluation was conducted using the Statview software from SAS Institute and a p value <0.05 was considered statistically significant.

The authors acknowledge the helpful technical assistance of Mauro di Berardino (X-Ray Technician) in the elaboration of CBCT. 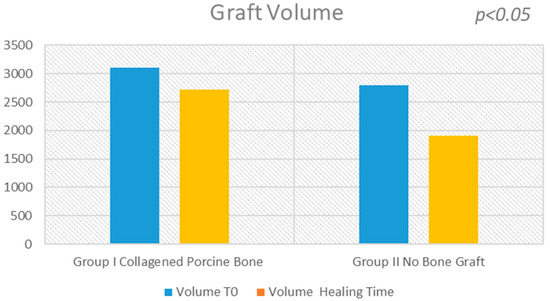 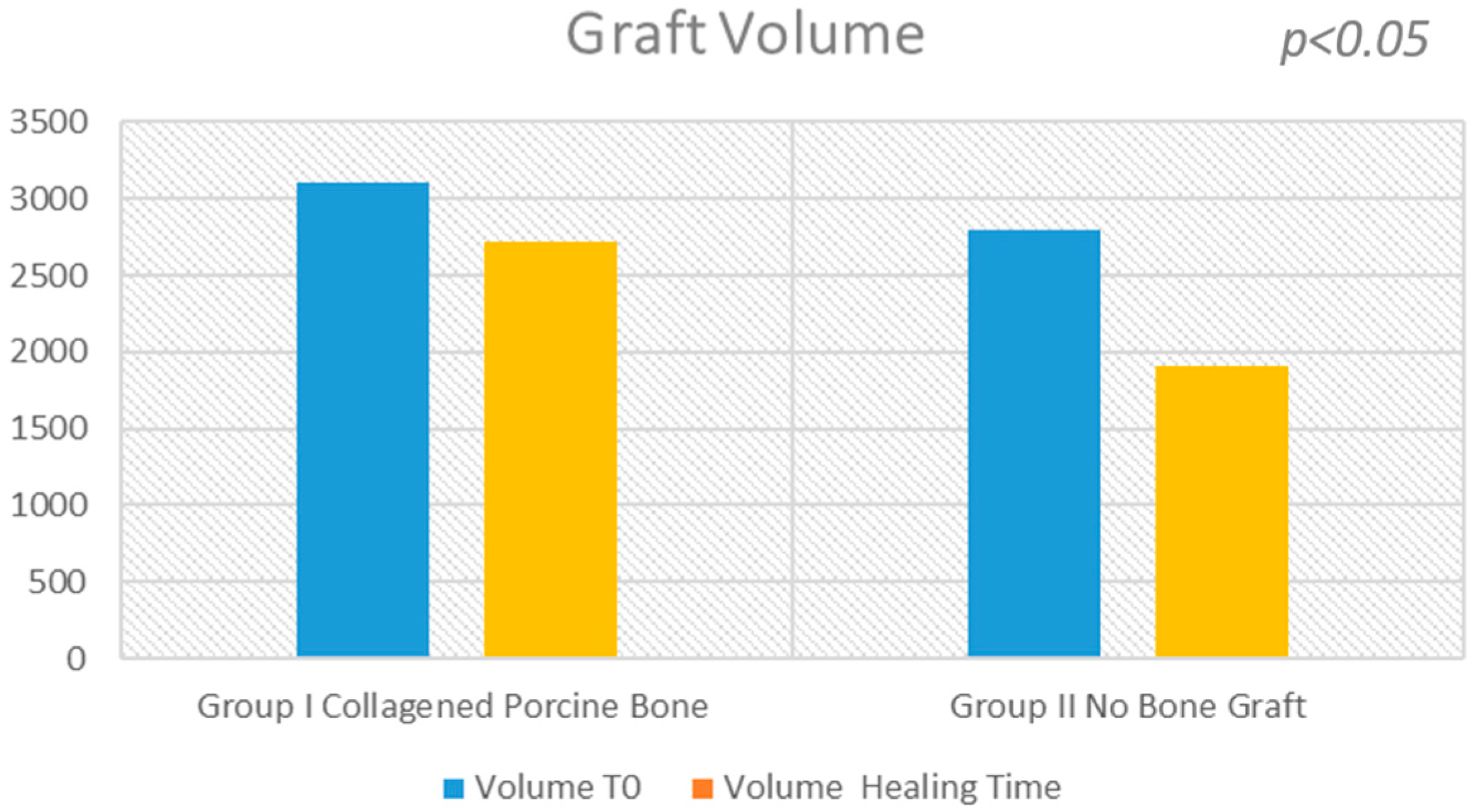 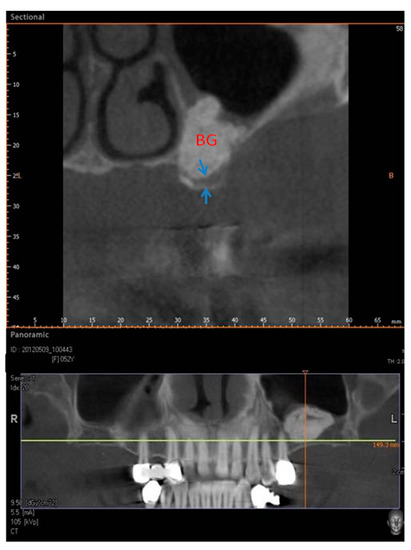 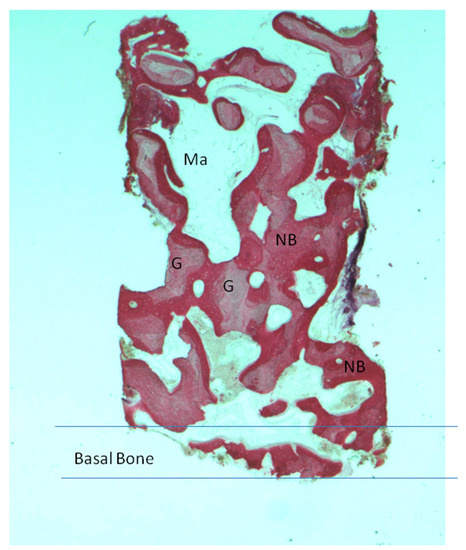 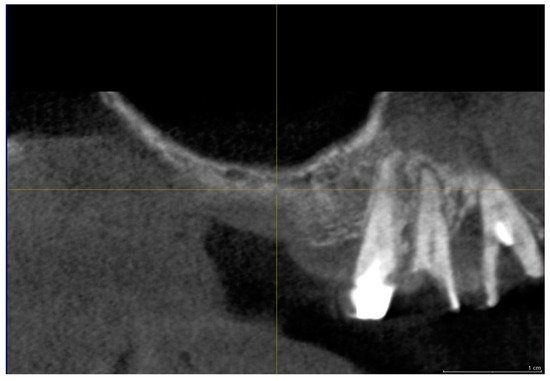 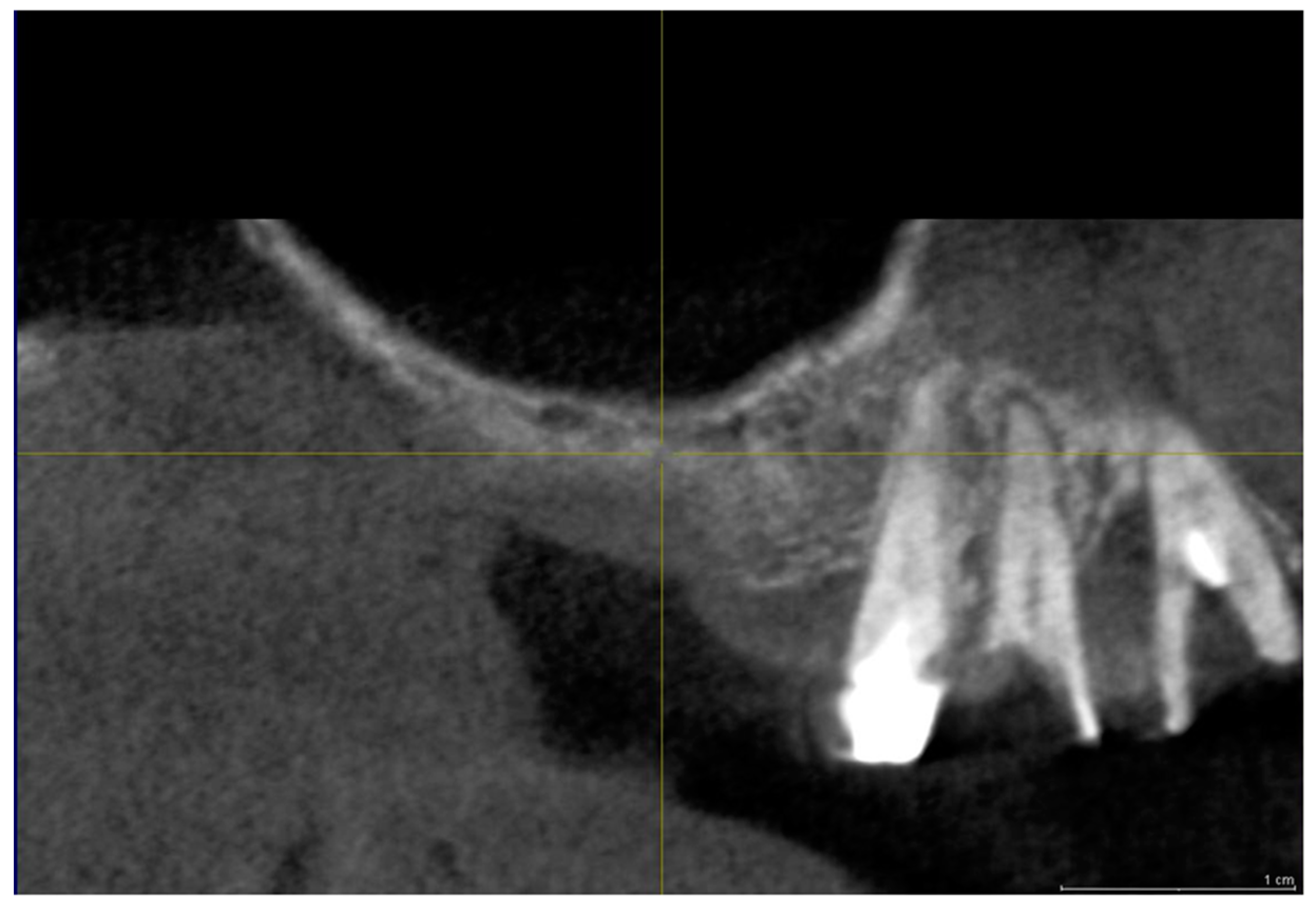 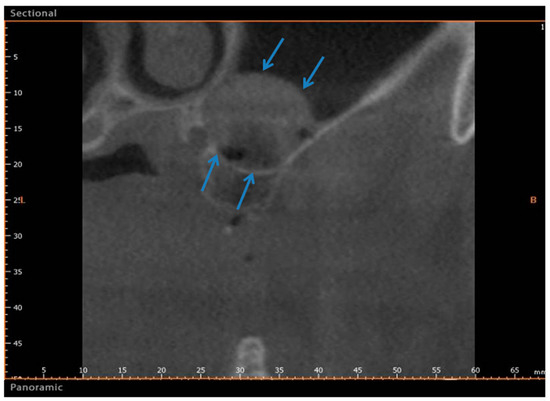 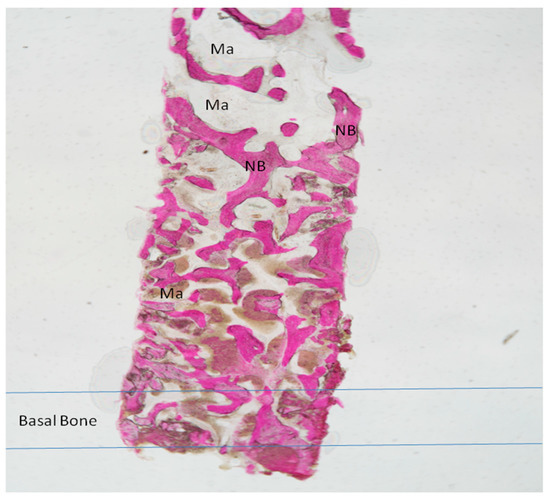 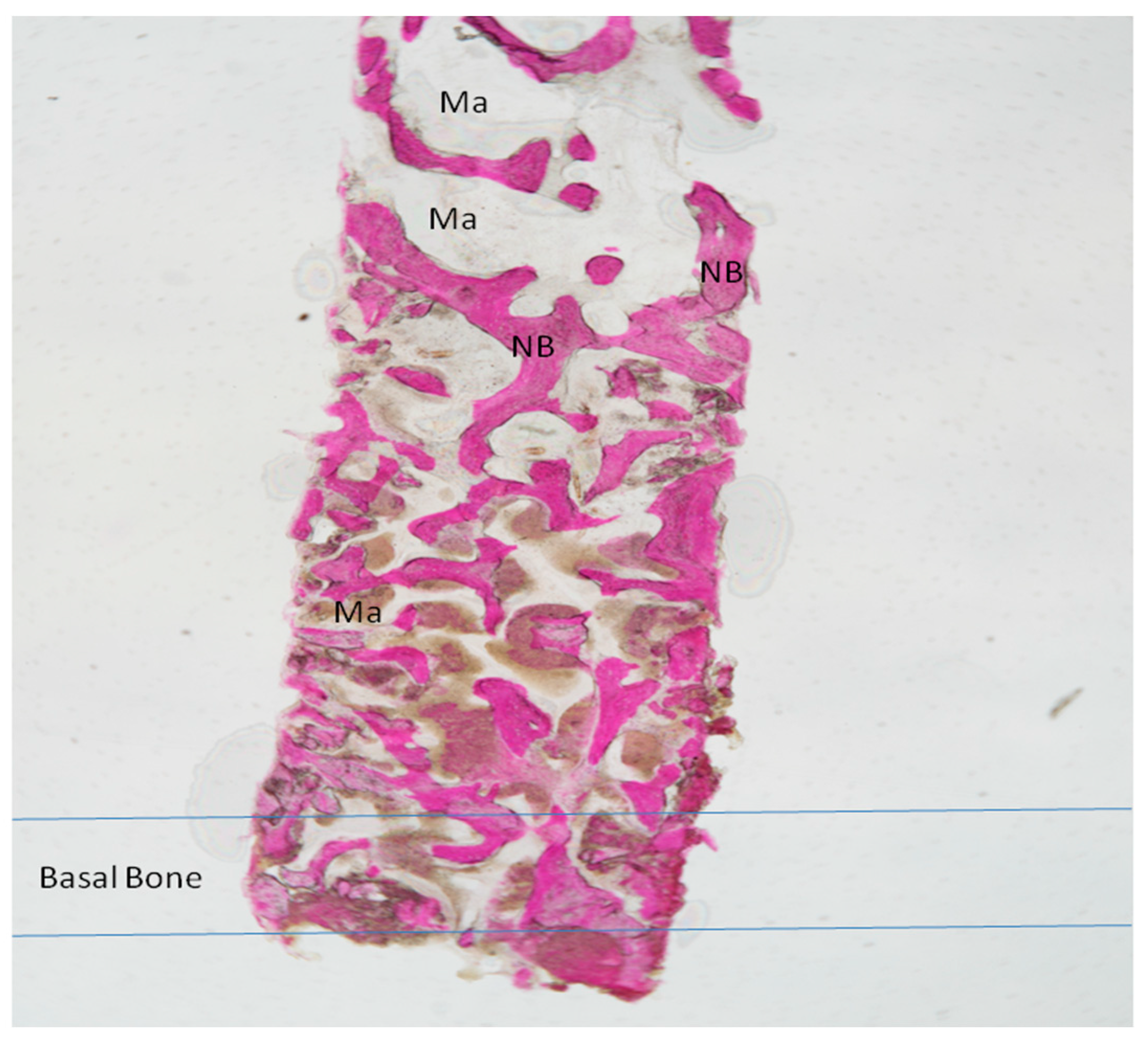 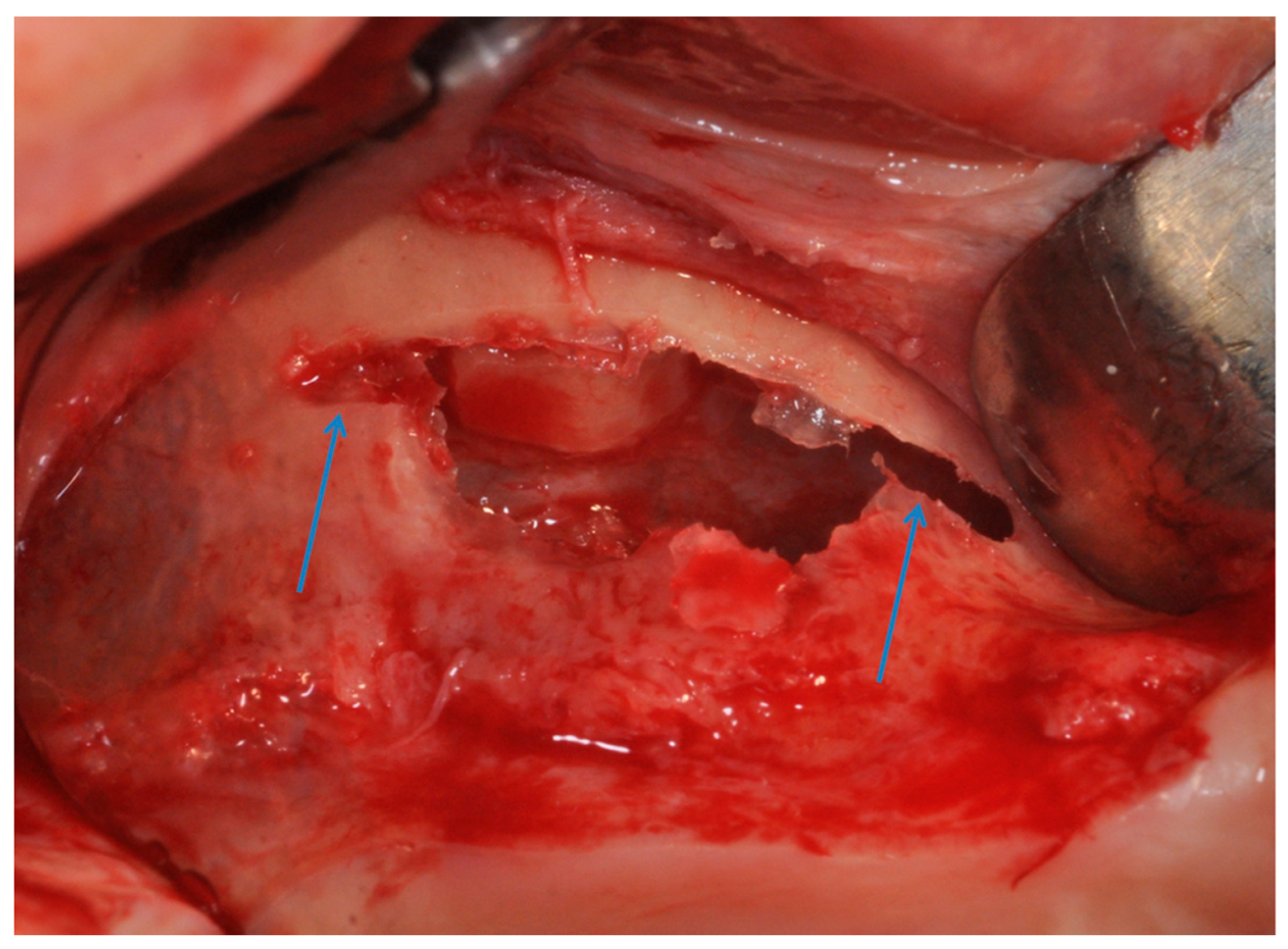 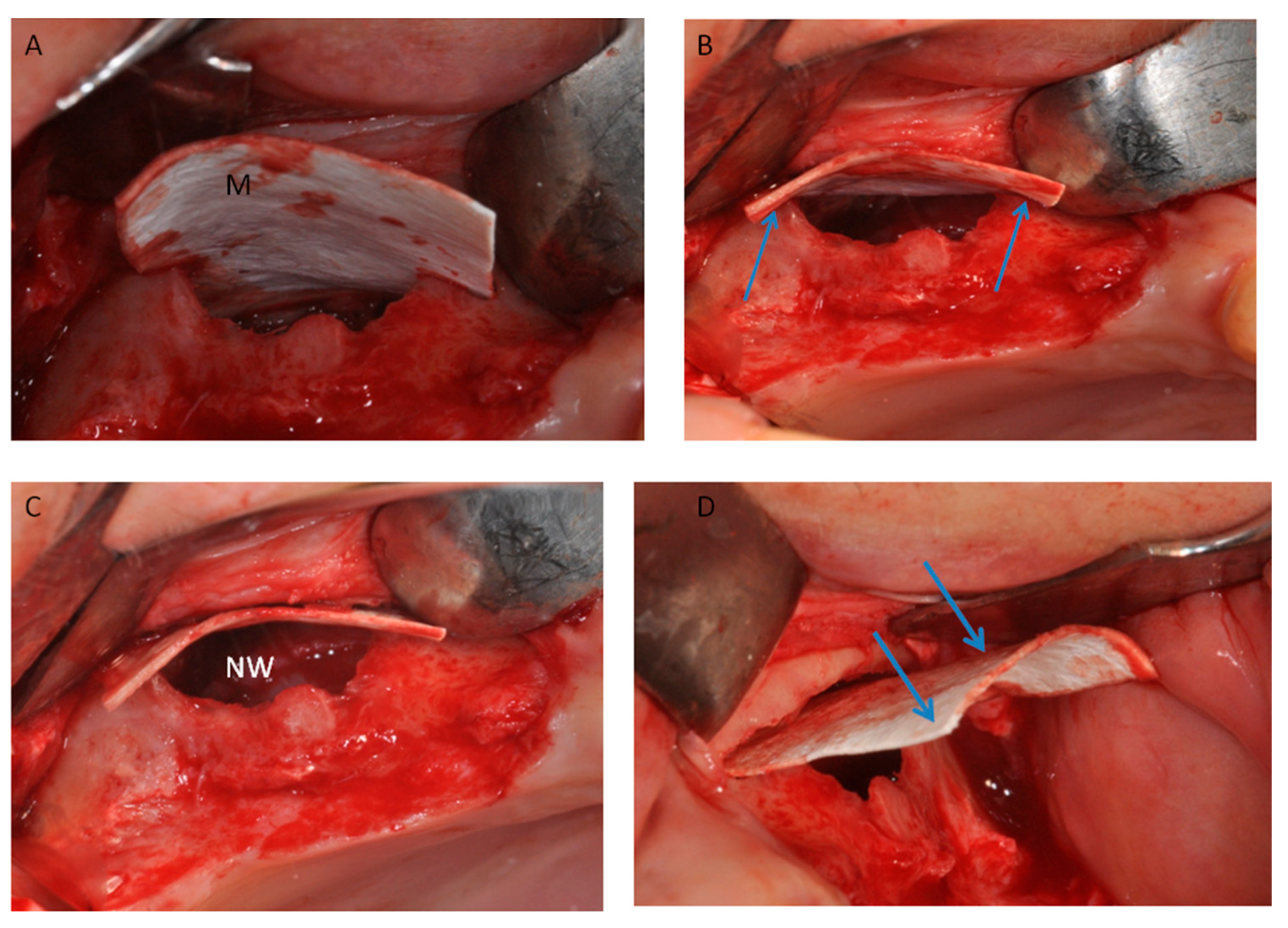 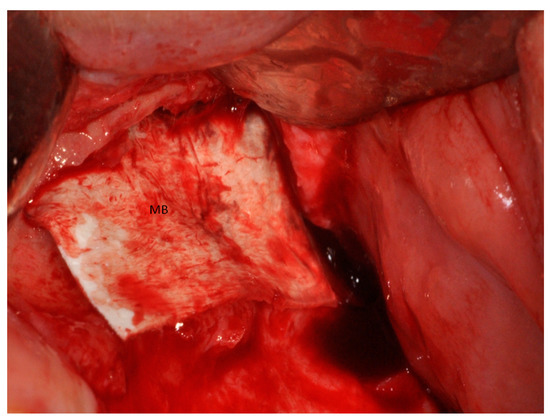 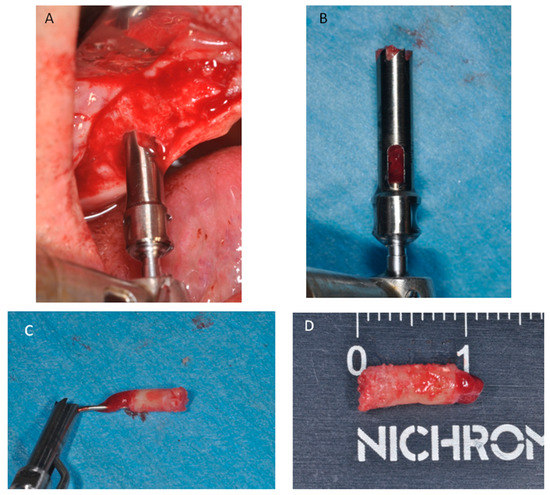 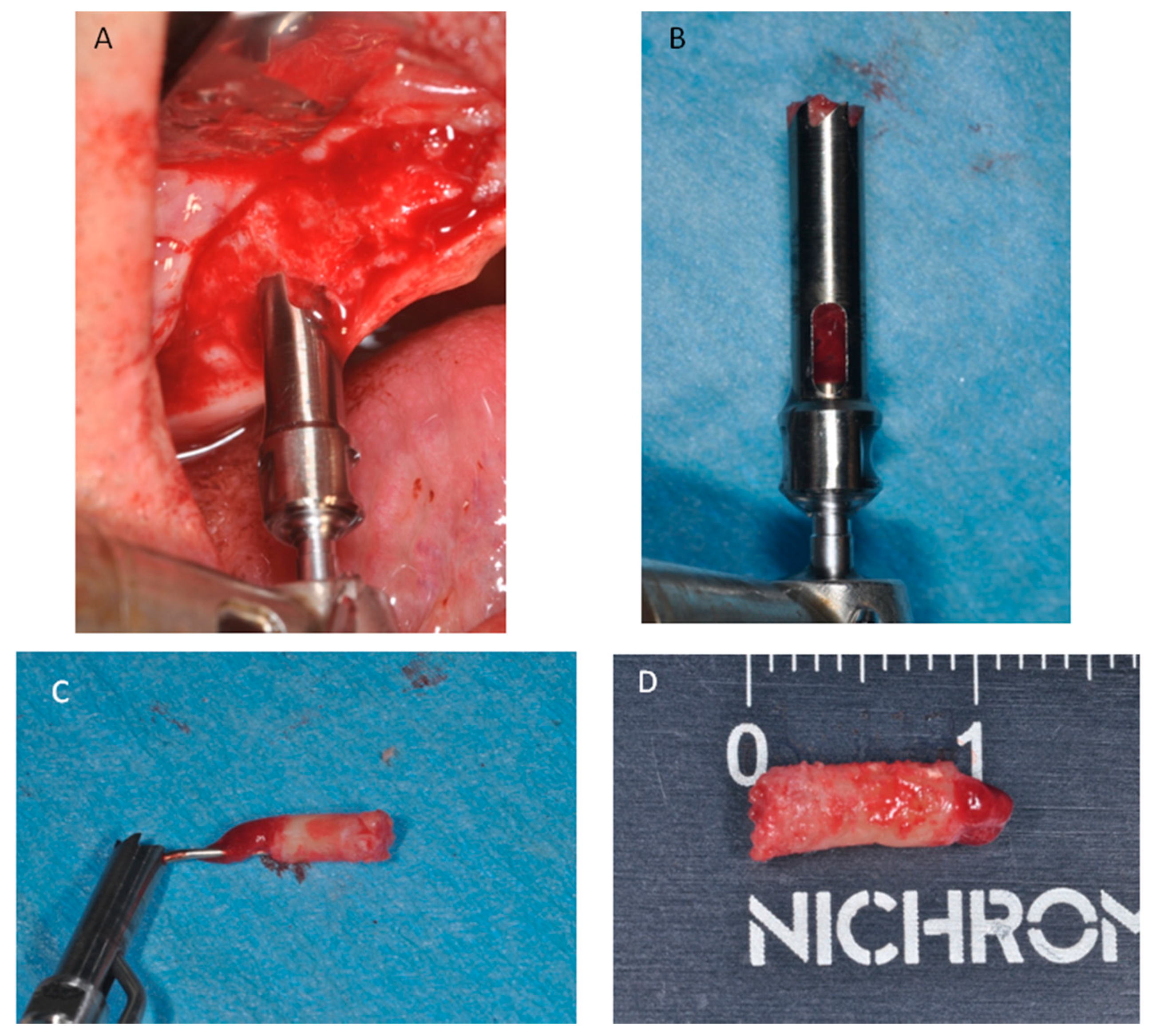