Measurement Techniques of the Magneto-Electric Coupling in Multiferroics

Insights on the Optical Properties of Poly(3,4-Ethylenedioxythiophene):Poly(styrenesulfonate) Formulations by Optical Metrology

Poly(3,4-ethylenedioxythiophene):poly(styrenesulfonate) (PEDOT:PSS) is among the most widely used polymers that are used as printed transparent electrodes for flexible Organic Electronic (OE) devices, such as Organic Photovoltaics (OPVs). The understanding of their optical properties and the correlation of the optical properties with their electronic properties and metallic-like behavior can lead to the optimization of their functionality as transparent electrodes in multilayer OE device architectures. In this work, we study the optical properties of different PEDOT:PSS formulations by non-destructive Spectroscopic Ellipsometry (SE), from the infrared to the far ultraviolet spectral regions. The optical response of PEDOT:PSS includes an intense optical absorption originated from the conductive part (PEDOT) at lower photon energies, whereas the electronic transition energies of the non-conductive PSS part have been measured at higher photon energies. Based on the different PEDOT:PSS formulations, the optical investigation revealed significant information on the relative contribution of conductive PEDOT and insulating PSS parts of the PEDOT:PSS formulation in the overall optical response, which can strongly impact the final device functionality and its optical transparency. View Full-Text
Keywords: Organic Electronics; Organic Photovoltaics; transparent electrodes; PEDOT:PSS; Spectroscopic Ellipsometry; optical properties Organic Electronics; Organic Photovoltaics; transparent electrodes; PEDOT:PSS; Spectroscopic Ellipsometry; optical properties
►▼ Show Figures 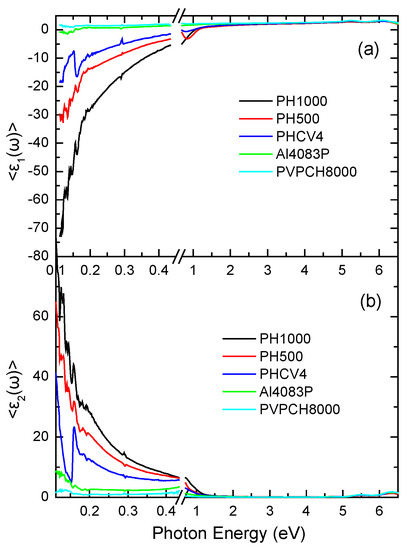