:
In this study, the effects of heat treatment and sensitized corrosion on the 5383-H116 Al-Mg alloy were investigated for temperatures ranging from 100 to 450 °C. The results show that the heat treatment temperature is the main factor that causes changes to the microstructure and mechanical strength of the 5383-H116 Al-Mg alloy, inducing β-phase (Al3Mg2) precipitation in the form of a continuous layer along the grain boundaries. Intergranular corrosion was caused by the β-phase of the grain boundary precipitation, and the corrosion susceptibility of the recrystallized structure was significantly higher than the corrosion susceptibility of the recovered structure. According to the conductivity values detected, β-phase precipitation can enhance the 5383-H116 Al-Mg alloy conductivity, with the response due to structural dislocation density being higher than that due to the recrystallized structure. As such, the β-phase precipitation after sensitization is more significant than the β-phase precipitation prior to the sensitization, such that after sensitization, the conductivity rises to a significantly higher level than that exhibited by the recrystallization structure.
Keywords:
5383-H116 Al-Mg alloy; sensitization; NAMLT; β phase-Al3Mg2

The 5XXX series Al-Mg alloy is known to be lightweight, easy to machine, and high in strength, among other attributes [1,2]. Since the 1950s, large amounts of the alloy have been used in the structures of ships due to its excellent corrosion resistance when immersed in seawater [3,4]. Use of the alloy allowed the weights of vessels produced with it to be significantly reduced, an improvement which translated into fuel savings and associated environmental advantages [5]. However, the applications of aluminum and its alloys in this field were far less advanced than those of various steels because of cost and formability issues at room temperature [6]. Marine applications for Al-Mg alloys are mainly divided into the construction of ship frames and outfitting. The aluminum materials used by each shipyard differ according to the ship design and the task requirements. ASTM B928 standards state that the 5086, 5083, 5383, 5456, and 5059 Al-Mg alloys and H116 and H321 Al-Mg tempers are suitable for marine service. H116 temper plates are manufactured and hardened using cold rolling, while H321 temper plates are stabilized by low-temperature heating after the hardening process in order to cause the β-phase to be evenly spread through the Al matrix, thus improving the intergranular corrosion and stripping resistances. The main alloying element in marine Al-Mg alloys is Mg; the strength increases as the amount of Mg increases [7]. Popović [8] proposed that the change in the differential dislocation density during the recovery or recrystallization has little effect on the conductivity, and the main difference is due to the solid solution or precipitation of the β-phase. The primary corrosion problems of Al-Mg alloys, in which the β-phase Al3Mg2 has a temperature range of 50–200 °C, will gradually result in a sensitization phenomenon due to the formation of β-phase layers at the grain boundaries. In this study, we observed microstructure changes and used the nitric acid mass loss test (NAMLT), known as the ASTM G67-13 NAMLT, to investigate the corrosion characteristics of the 5383-H116 Al-Mg alloy [9].

Gupta et al. [12] examined the NAMLT mass loss and β-phase precipitation of Al-Mg alloys with varying Mg contents after sensitization treatment (150 °C/7 days) and found that with a Mg content >4 wt. %, the mass loss increased linearly and the proportion of the β-phase precipitation increased as the Mg content increased. Dix et al. [13] investigated the influence of Mg content on Al-Mg alloy sensitization and stress corrosion and found potential differences between the precipitates and the Al matrix, leading them to propose the Al-Mg alloy anodic dissolution stress corrosion mechanism wherein the stress corrosion sensitivity increases as the Mg content increases. Czyryca et al. [14] tested 5086, 5083, and 5456 Al-Mg alloys for corrosion when soaked in saltwater, when salt-spray tested, and under harbor exposure conditions. The results showed that the degree of corrosion and the Mg content were directly proportional, with the 5086 alloy experiencing the lowest level of corrosion, followed by the 5083 and 5456 alloys.

2.2.2. Influence of Sensitization Temperature and Time on β-Phase Precipitation

Searles et al. [15] pointed out that the sensitization temperatures of 5XXX Al-Mg alloys are between 50–200 °C and that different sensitization temperatures and isothermal holding times cause different amounts of corrosion. In addition, the sensitization temperature range and isothermal holding time are the main factors influencing Al-Mg alloy β-phase precipitation. Oguocha et al. [16] tested the corrosion resistance of 5083-H116 at 80, 100, 150, 175, and 200 °C and at different heating times and found that the 150–200 °C range caused high sensitization, with the most sensitization and corrosion mass loss occurring at 175 °C. They also noted that in a corrosive environment, mass loss increases as the isothermal holding time increases. Jones et al. [17] investigated the corrosion of 5083-H321 at 175 °C with different heating times and concluded that as the heating time increased within the 50–200 °C sensitization range, the β-phase precipitation became more dense and connected and the fissure growth rate increased; thus, the β-phase precipitation density increased and the stress corrosion became more significant. Lim et al. [18] investigated the 5083 Al-Mg alloy intergranular corrosion permeation depth and the relationship between the electrochemical corrosion environment and metallurgy conditions and found that the β-phase corrosion depth and sensitization time were directly proportional and affected by the grain direction, specifically that corrosion permeated following the rolling direction.

This study used 6-mm-thick 5383-H116 Al-Mg alloy plates produced by Alcan incorporation. Prior to the experiment, the composition of the sample was analyzed using a glow discharge spectrometer (GDS) as shown in Table 1.

5383-H116 aluminum alloys were cut into cubes (10 mm × 10 mm × 10 mm for optical microscope (OM) and scanning electron microscopy (SEM)) and cuboids (6 mm × 6 mm × 10 mm, for ASTM G-67 mass loss test), and subsequently placed in ovens for isothermal aging experiments. The aging temperatures were set to 25, 100, 150, 200, 250, 300, 350, 400 and 450 °C (the heating rate was about 10 °C/min and the temperature of the ovens was controlled to within 0.5 °C) to produce microstructure changes in the alloys and held there for 30 min before quenching of the alloys was performed in room temperature water. The heat treated test samples then underwent sensitization treatment at 175 °C for 168 h and were then water quenched. After the β-phase precipitated, the samples were analyzed under a microscope, underwent corrosion testing, and were measured for electrical conductivity.

According to ASTM G67, the dimensions of the test specimen were 50 mm × 6 mm × 6 mm, and the specimen was soaked in 5% NaOH solution at 80 °C to remove the surface oxidation and impurities. This was followed by its continuous immersion in HNO3 solution at 30 °C for 24 h to calculate the weight loss per unit area (mg/cm2), which allowed, in turn, for the evaluation of the sensitivity of the intergranular corrosion.

The overall microstructure was similar to the original material during the recovery phase from 25–300 °C and there were no noticeable changes. The grains were still fibrous and distributed in the direction of rolling (Figure 1b–f). When the temperature surpassed the recrystallization temperature, some grains were ready for nucleation and growth. Fibrous grain structures and small recrystallized structures can both be seen in Figure 1f; the dislocations would be eliminated during the recrystallization process and small grains without strain would be nucleated. At a temperature of 350 °C, the microstructure was already made up of strainless, equiaxed grains. At 450 °C, the equiaxed recrystallized structure was maintained, indicating that the high temperature provided sufficient energy to completely release the stored strain energy. The results indicated that suitable heat treatment temperatures are lower than the recovery temperature of 250 °C, as no major changes to the microstructure occurred when the samples were treated at such temperatures. When the temperature was over 300 °C, however, the microstructure recrystallized and the mechanical strength decreased. Heat treatment temperatures of 65–200 °C caused β-phase precipitation and sensitization. In a corrosive environment, this will cause intergranular corrosion and stress corrosion.

4.2. Influence of Sensitization on Microstructure and Mechanical Properties

4.4. Changes in Electrical Conductivity during the Sensitization Process

This study elucidates how heat treatment affects the mechanical properties and sensitization of 5383-H116 aluminum alloys. The following conclusions are drawn from the above analysis. 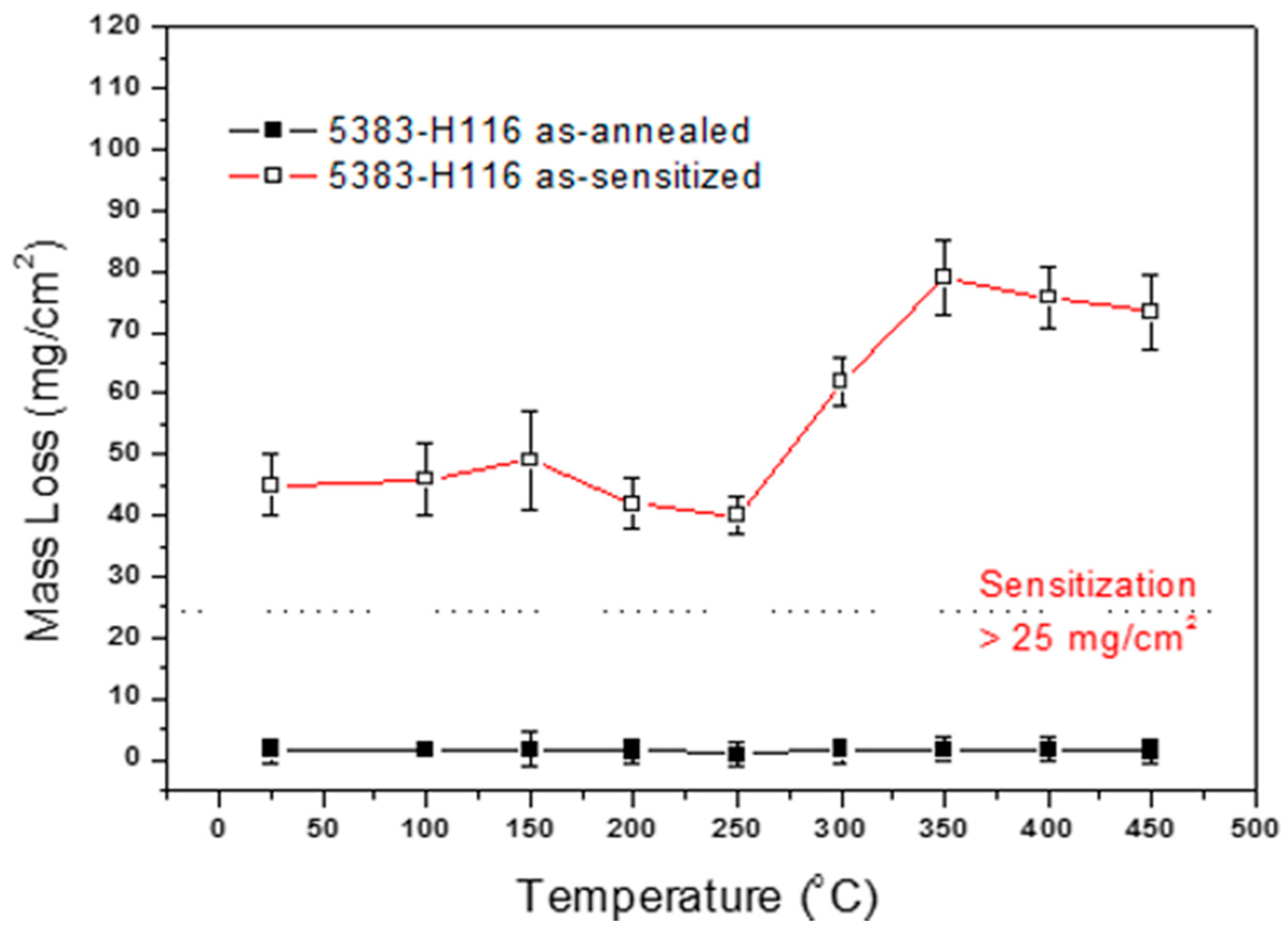 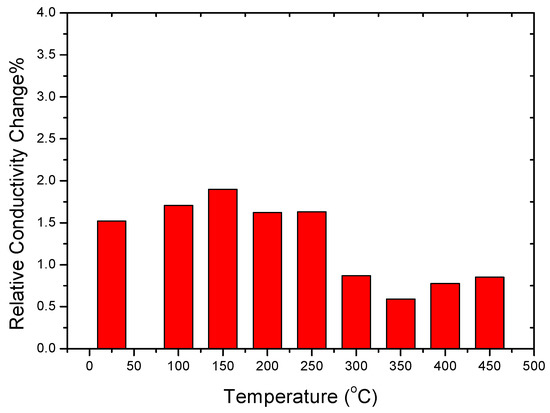 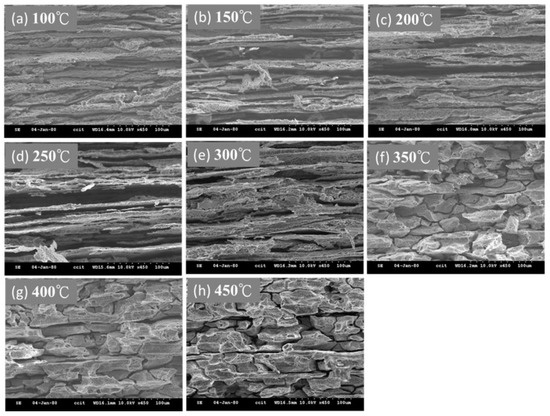 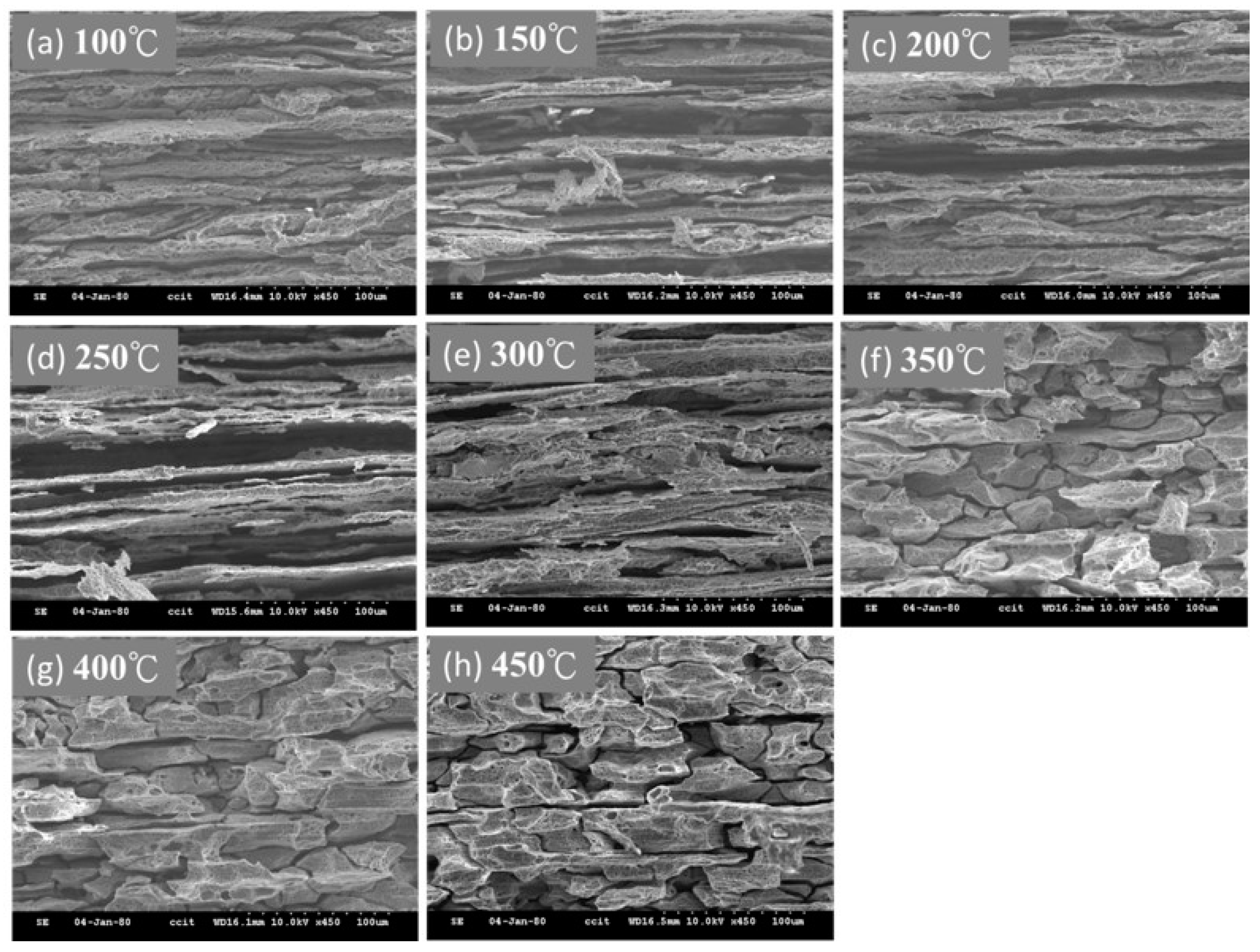