Roles of Cu in the Enhanced Thermoelectric Properties in Bi0.5Sb1.5Te3
Previous Article in Special Issue

The Ni-Cr-Fe superalloy used in the present study was cut from a cylindrical bar (Φ100 mm) fabricated by Central Iron and Steel Research Institute, China, with the chemical composition listed in Table 1.

After the filling and feeding system being cut, the superalloy casting was treated with standard heat treatment via homogenizing treatment at 1095 °C for 2 h, solution at 955 °C for 1 h and aging treatment consisting of 720 °C for 8 h/furnace cooling at 55 °C·h−1 to 620 °C for 8 h before air cooling to room temperature.

The specimens for microstructure observation and quantitative analysis were taken from the superalloy casting with different thickness (3, 6, 12, and 24 mm) on behalf of different solidification behaviors, as shown in Figure 2.
Standard metallographic procedures were carried out to prepare the specimens for microstructural characterization. Quantitative metallographic analysis was carried out using optical microscopy (OM; Zeiss AXiolam MRC5, arl Zeiss AG, Oberkochen, Germany) with DT2000 commercial image analysis system. The composition analysis of the precipitates were carried out using energy dispersive spectroscopy (JSM-7600, EDS, Japan Electronics Corp., Tokyo, Japan). The maximum value within an area of 1 mm × 1 mm at the magnification of 50 is defined as microporosity index according to the China National Standard (GB/T 14999.7-2010). Then, the metallographic specimens were chemically etched with a combination of CuSO4 (15 g), HCl (50 mL), and H2SO4 (3.5 mL) solution for 10 s. The details of the experimental procedure were reported elsewhere [10,11]. The quantitative analysis of the Laves phase and carbides were carried out at the magnification of 200× and 500×, respectively. The size of the Laves phase was calculated according to GB/T 14999.7-2010. At least six images (2584 × 1936 pixels) were measured in order to provide a suitable statistical analysis.

Sheet specimens from the superalloy casting with different thickness as labelled in Figure 2 were machined according to Figure 3. It is worth mentioning that the surface fine grain zone of the superalloy casting was cut off to eliminate the skin effect. Then, tensile tests were carried out using a Shimatzu mechanical testing machine at a constant strain rate of 4.2 × 10−4 s−1 at room temperature in open air. Each test result reported in this study was the mean values obtained from at least three specimens. In addition, the fracture morphology of the failed tensile specimens was examined by scanning electronic microscope (SEM) to determine the failure mechanism.

In this section, experimental results and discussion are presented including the microstructures, Laves phase, carbides, microporosity, and tensile properties.

Figure 4 shows the phase fraction of the superalloy under equilibrium solidification conditions calculated by JMatPro software (Sente Software Ltd., Guildford, UK). It is seen that there are so many phases in the alloy. However, investment casting is a non-equilibrium solidification process. Formation of non-equilibrium phases in the casting mainly depends on the local solidification behavior.
Figure 5 illustrates the microstructures of different positions of the Ni-Cr-Fe superalloy casting as shown in Figure 2. The typical solidification microstructures of Ni-Cr-Fe superalloy are γ matrix, carbides, Laves phase, δ phase, and microporosity [12], and their EDS analysis is presented in Figure 6. As seen from Figure 5a, randomly distributed carbides present in interdendritic regions, and grain boundaries, and almost no Laves phase and microporosity appear. Along with the thickness increases, the Chinese script Laves phase is precipitated massively as distinct “islands” in interdendritic regions, and the needle-like δ phase grown along the surface of the Laves phase. Furthermore, the mass and size of these phase increase from 3 mm to 24 mm as shown in Figure 5a–d. Besides, large-scale microporosity also appeared in interdendritic regions, which is usually near the Laves phase as shown in Figure 5d. The observed different microstructures at different thickness result from different solidification behavior. The solidification behavior of the superalloy casting is related to solidification sequence, which is mainly decided by local cooling rate. The cooling rate usually decreases with increasing the wall thickness of the casting, which can be indirectly reflected by the solidification microstructure.

The characteristics of carbides contribute to the mechanical properties of the superalloy at room/elevated temperature, and their forms in the superalloy are classified as MC and M23C6 carbides. The “M” constitution in these carbides is mainly Nb with other elements, such as Ti and Mo elements [17]. Primary MC Carbides located inside the γ matrix and at the grain boundaries usually exhibit random, blocky, and script morphology [18], and M23C6 often precipitates in grain boundaries as shown in Figure 5.
As shown in Figure 8a, the volume fraction of total carbides increases from 0.3% to 0.5%. In fact, the solute segregation, morphology of dendrite microstructure, together with local solidification time controls the carbides formation and growth. Solute segregation controls the carbide’s growth by providing carbide-forming elements. In detail, the microsegregation level has a close relation with the cooling rate; Liu also pointed out that the microsegregation level increases with the cooling rate increasing at lower cooling rates, which often result in larger-sized carbides [19]. The morphology of the γ matrix provides the interdendritic regions and grain boundaries for carbide growth. Moreover, the growth of carbides is a time-dependent process. In the present study, local solidification time increased along with an increase in the thickness. In summary, the solute supersaturating level of carbide-forming elements was improved, and the γ matrix also became coarser. Therefore, the increment of the volume fraction of carbides is quite expected.
The maximum equivalent radius of carbides is also useful in characterizing the structure changes of carbides. Solidification behavior can influence the maximum equivalent radius of carbides in this work, as shown in Figure 8b. It increased from 8.1 μm to 9.9 μm, with the thickness increasing. The existence of fine granular carbides in the matrix after standard heat treatment is helpful for the improvement of UTS and creep resistance by preventing the grain boundary from sliding (pinning effect) [20]. However, large-scale blocky carbides are the crack source of high temperature tension for Ni-Cr-Fe superalloys, because cracks may be initiated and extend easily at the interface between the carbides and the γ matrix [21].

The effect of solidification behavior on the microstructure and mechanical properties of Ni-Cr-Fe superalloy investment casting is investigated. The following conclusions can be drawn:

(1)
Due to different solidification behavior, the microstructures and mechanical properties of the Ni-Cr-Fe superalloy investment casting greatly changes from 3 mm to 24 mm.
(2)
As the thickness increases, the volume fraction of the Laves phase rises from 0.3% to 1.2%. The maximum equivalent radius of the Laves phase increases from 11.7 μm to 23.4 μm. The volume fraction and maximum equivalent radius of carbides increase from 0.3% to 0.5%, from 8.1 μm to 9.9 μm, respectively. In addition, the volume fraction of microporosity increases from 0.3% to 2.7%.
(3)
The UTS reduced from 1125.5 MPa to 820.9 MPa, the El decreased from 13.3% to 7.7%, and the quality index (Q) reduced from 1294.2 MPa to 954.0 MPa. A typical brittle fracture mode was observed on the tensile fracture surface. As the solidification rate decreases, the smooth flat areas become small, and cracks propagated preferentially along the Laves phase in the absence of microporosity. 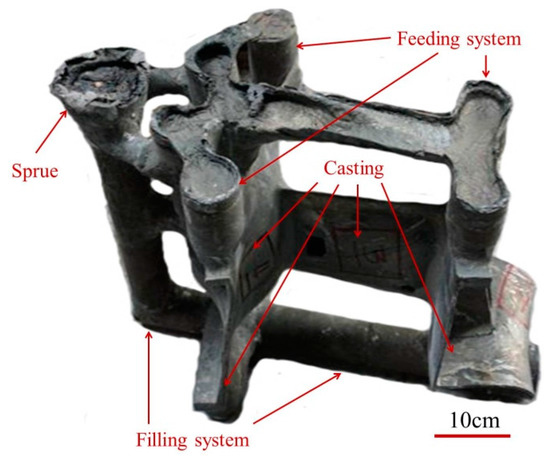 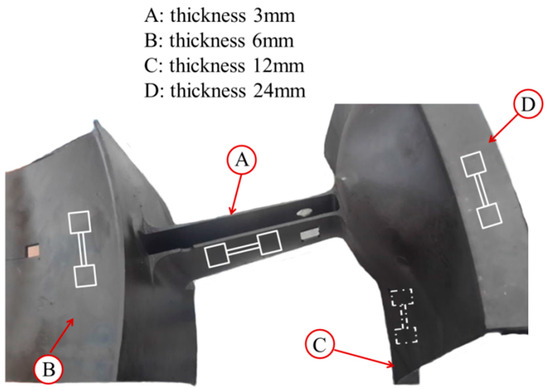 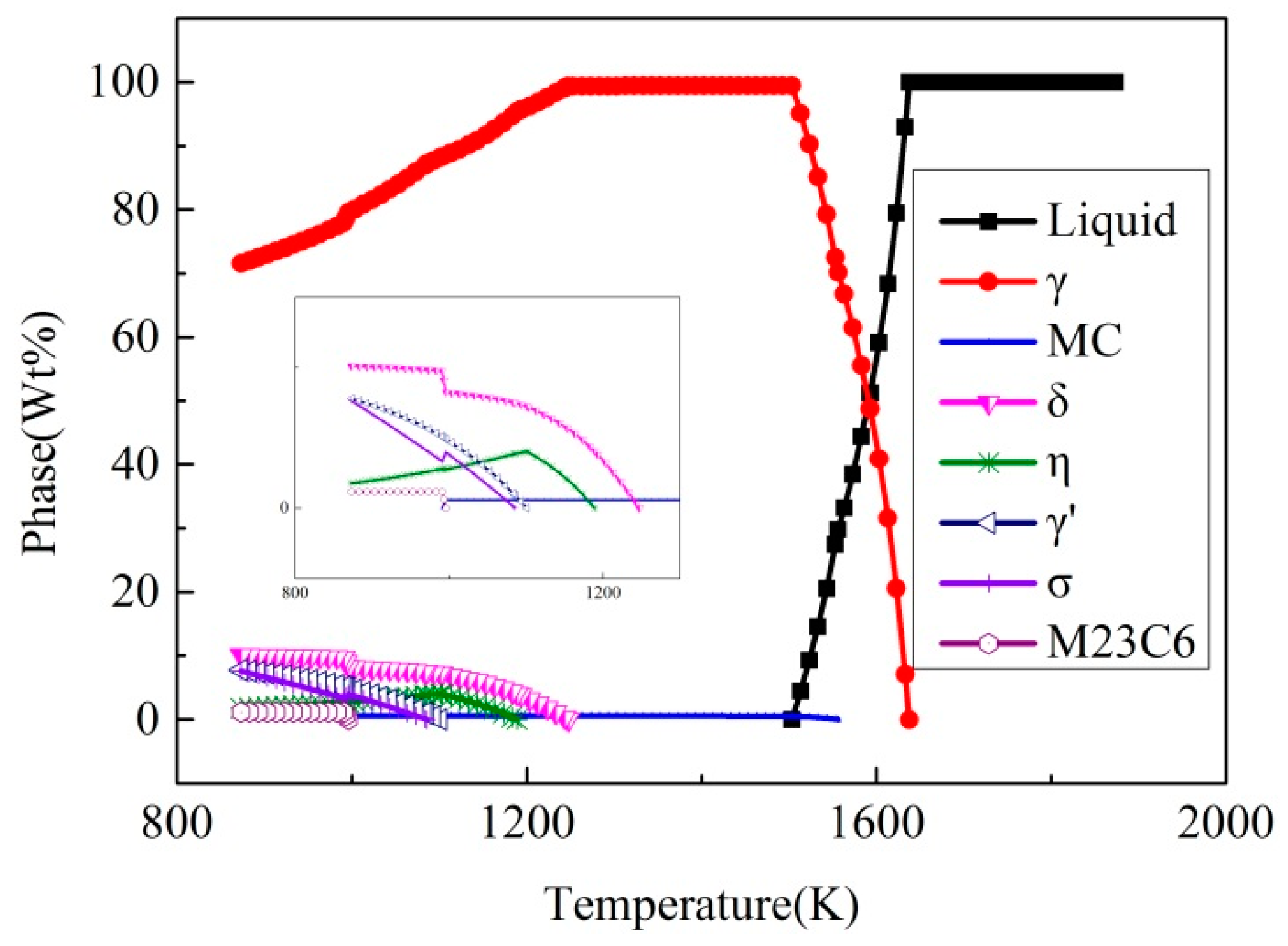 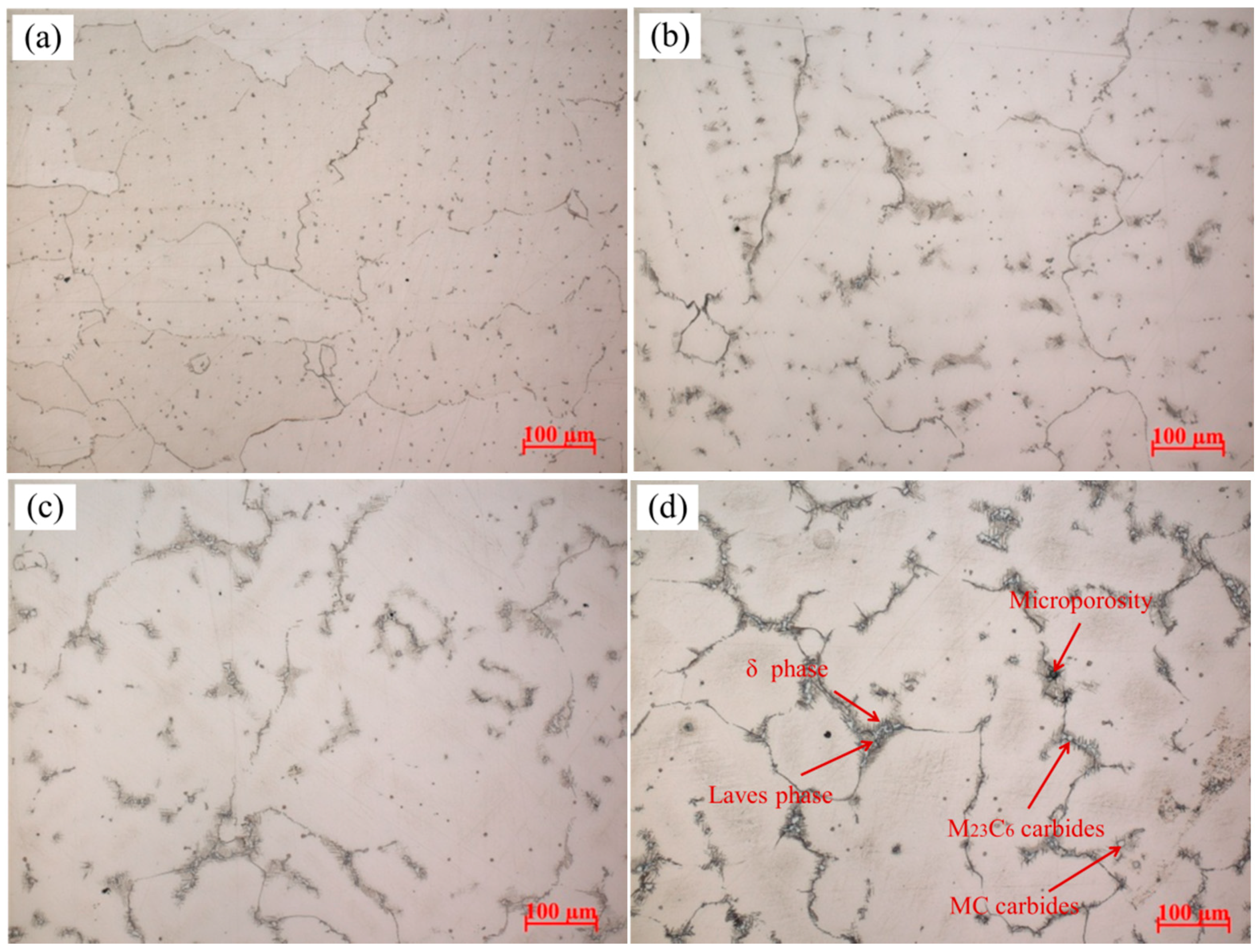 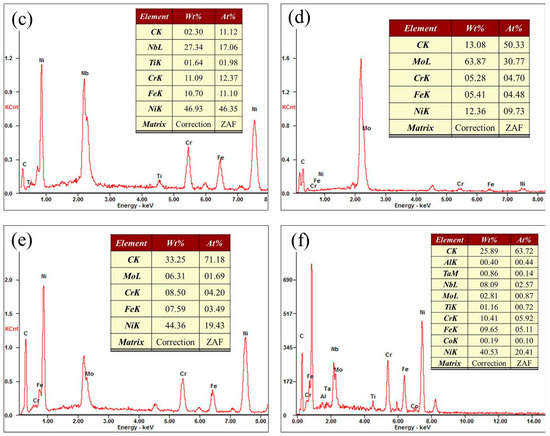 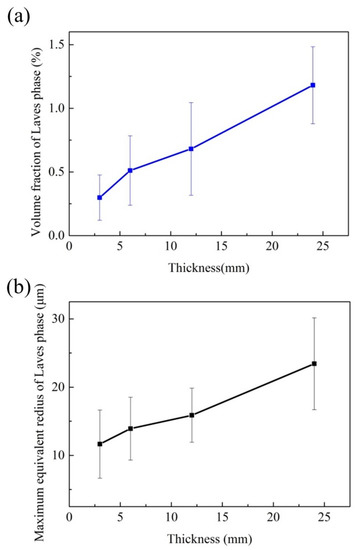 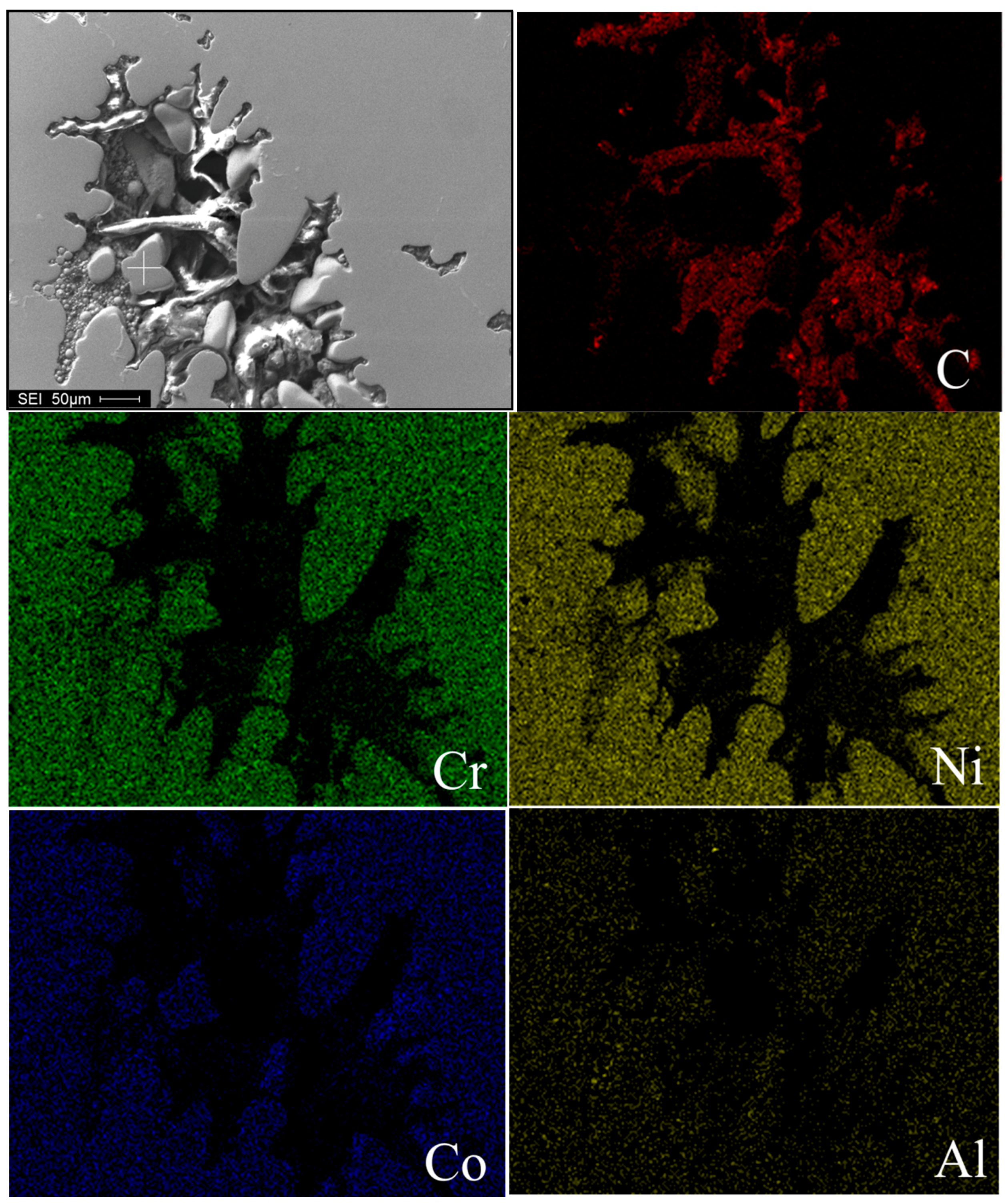 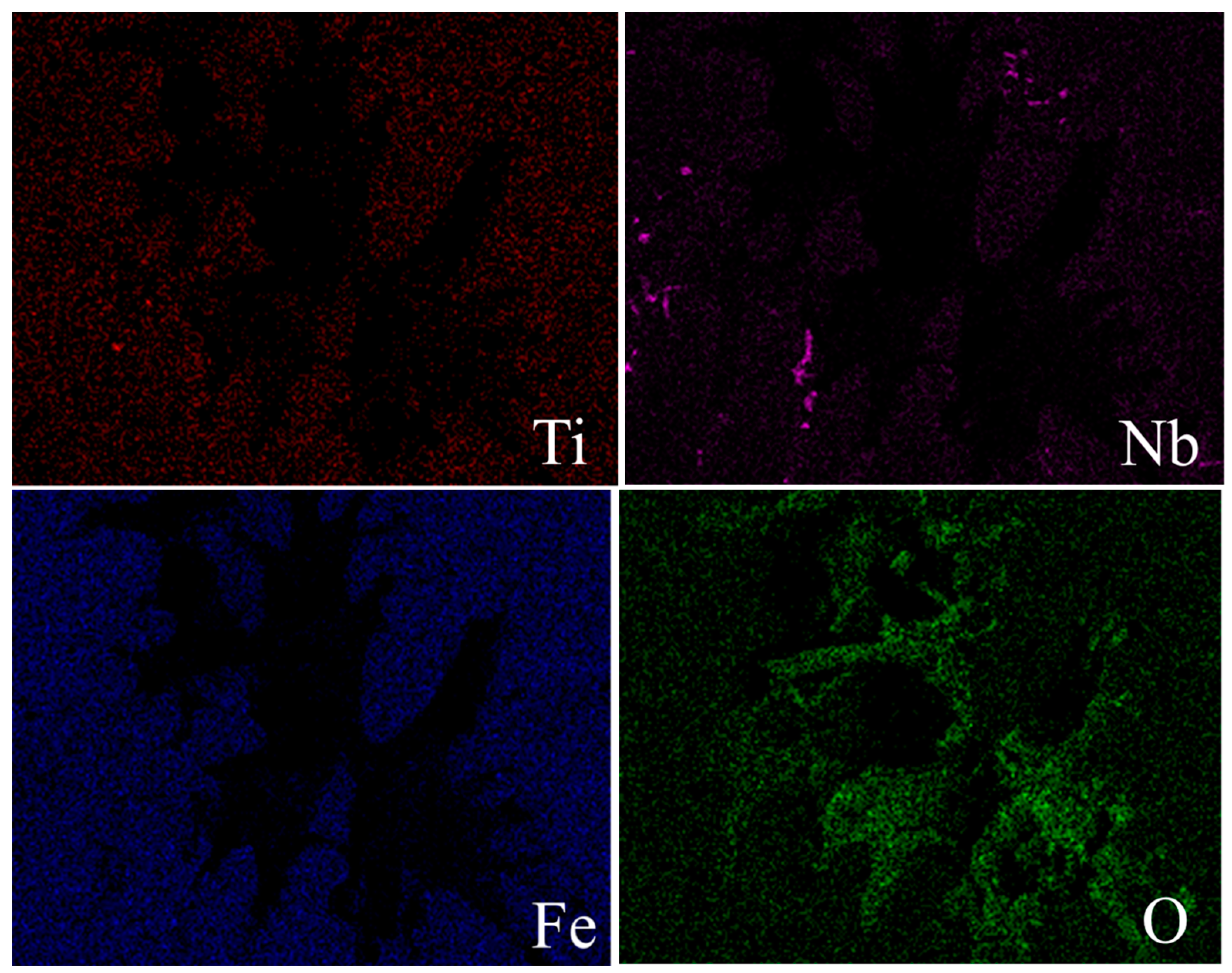 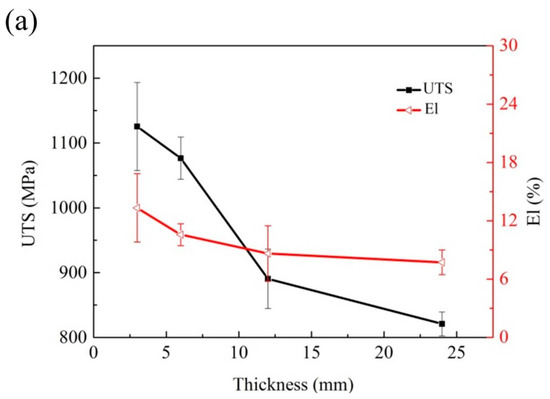 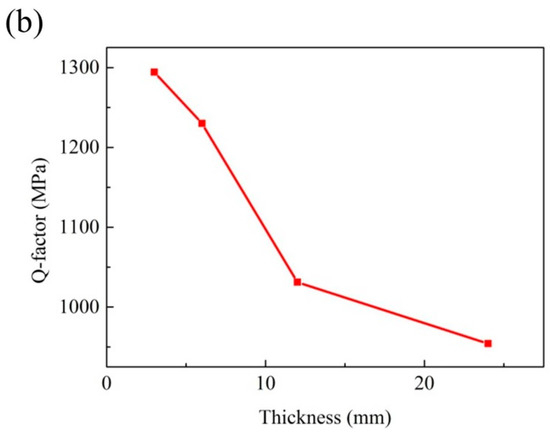 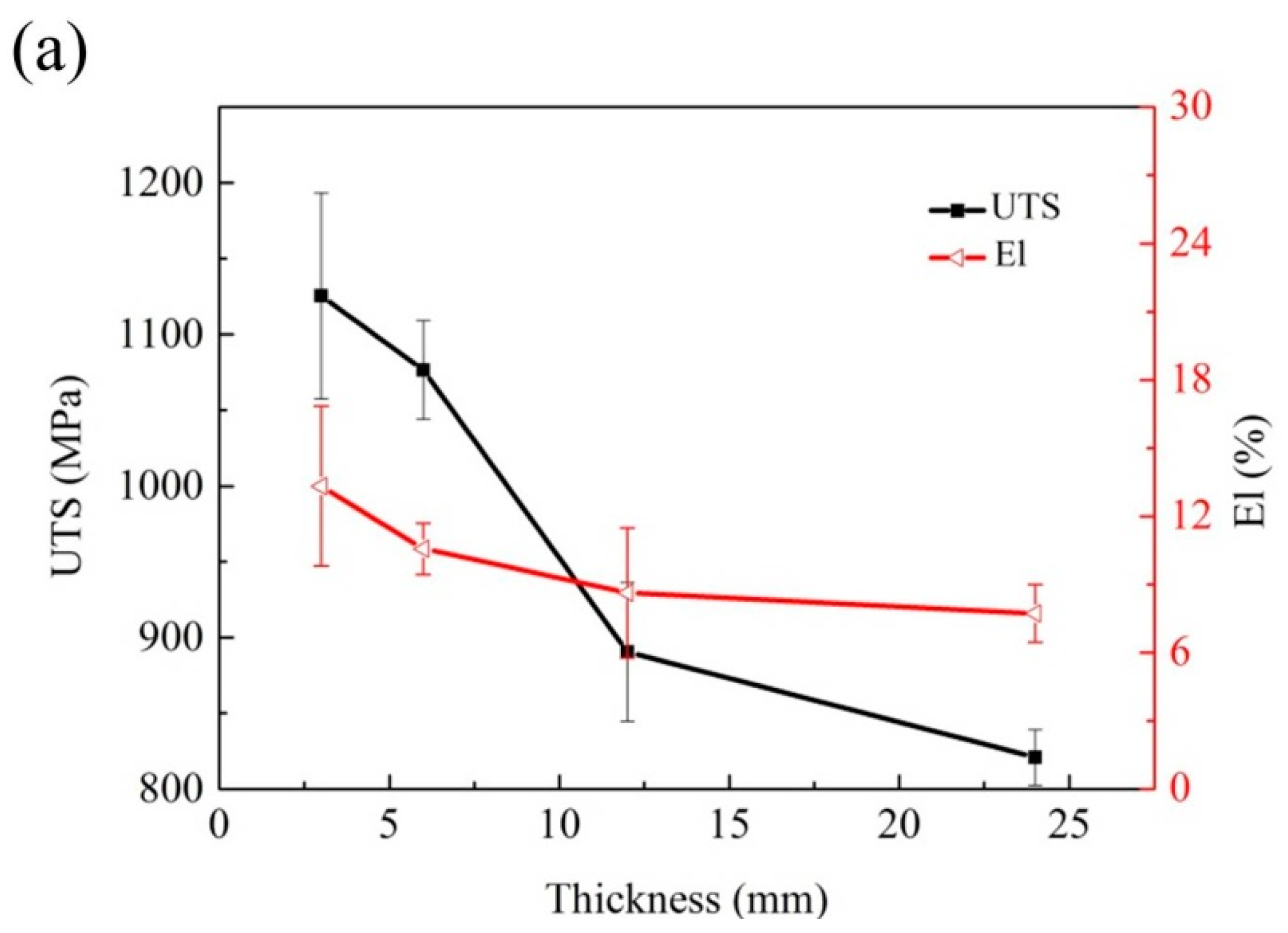 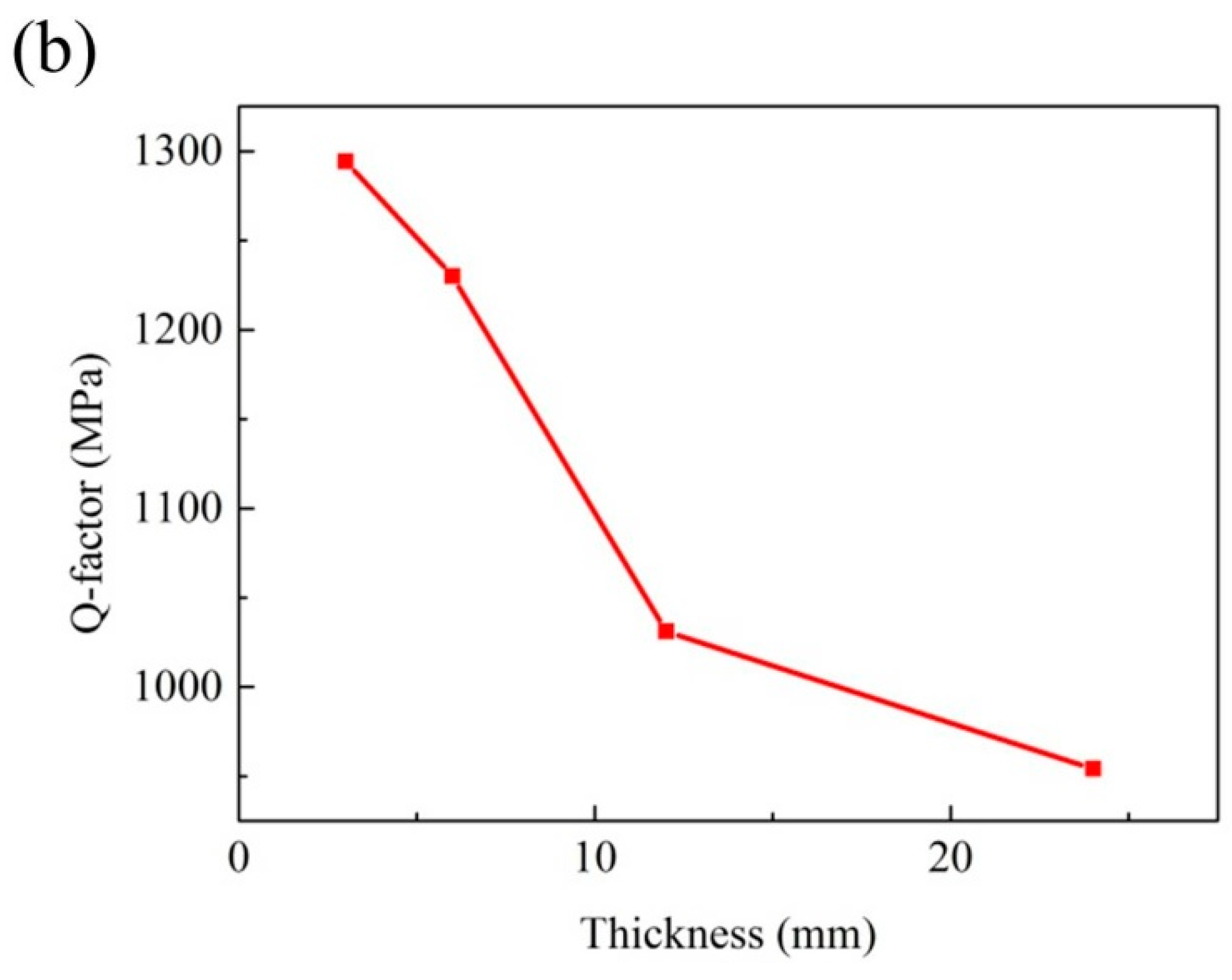 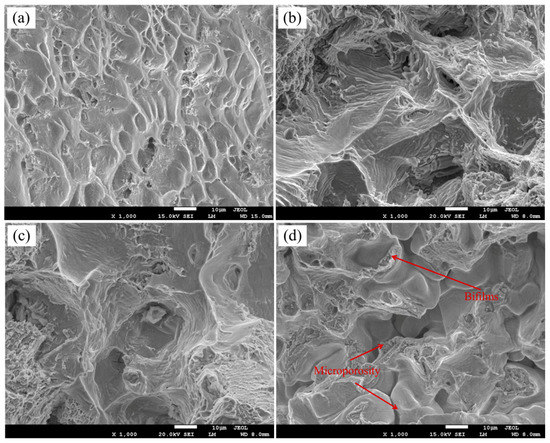 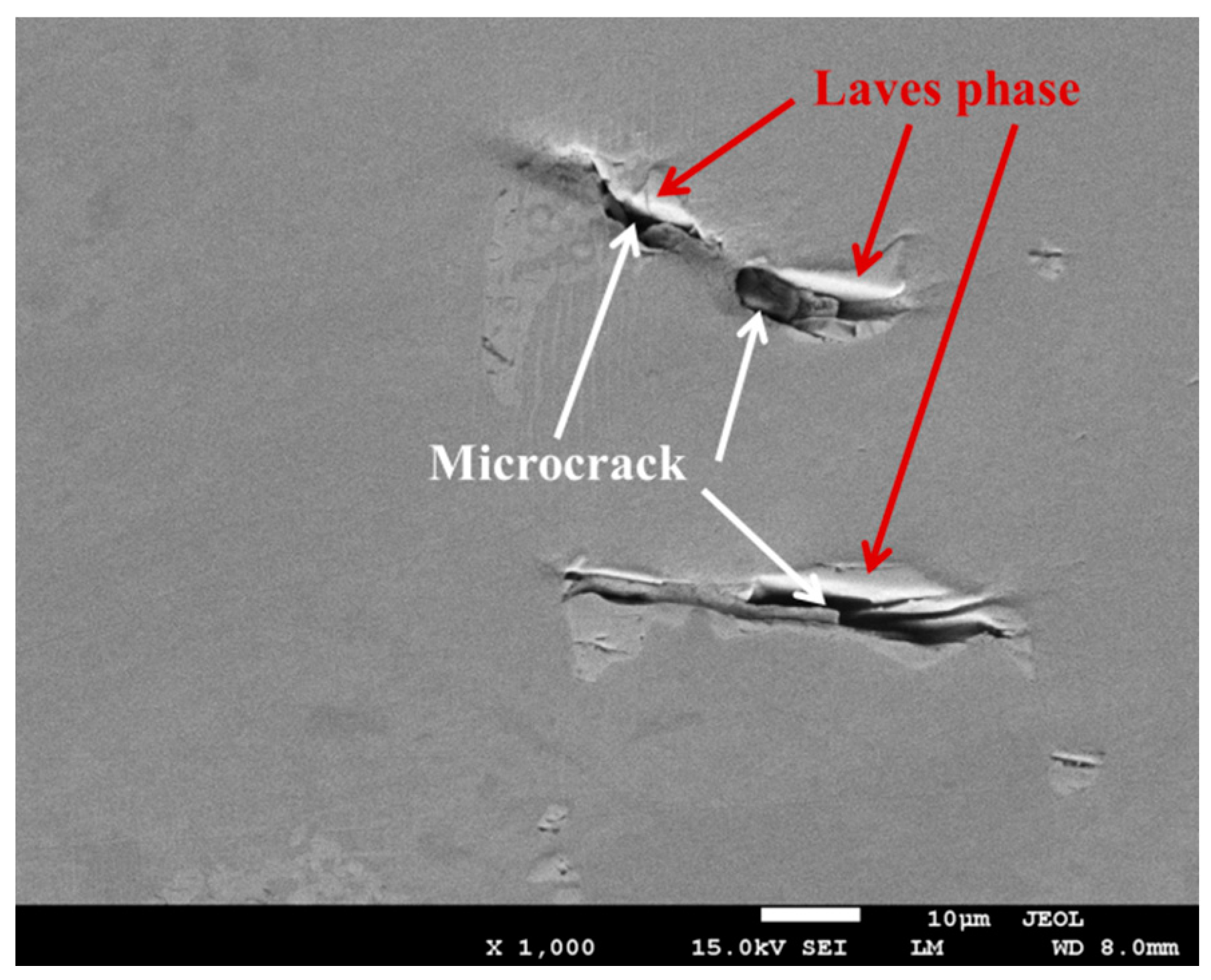