The effects of welding energy on the mechanical and microstructural characteristics of ultrasonic-welded pure copper plates were investigated. Complex dynamic recrystallization and grain growth occurred inside the weld zone during ultrasonic welding. At a low welding energy, a thin band of straight weld interfaces was observed and had an ultra-fine grain structure. With an increase in welding energy, the weld interface progressively changed from flat to sinusoidal, and eventually turned into a convoluted wavy pattern, bearing similarities to shear instabilities, as observed in fluid dynamics. The lap shear load of the joints initially increased and then remained stable as the welding energy increased. The tensile characteristics of the joints significantly depended on the development of plastic deformation at the interface. The influence of the microstructure on the hardness was also discussed. View Full-Text
Keywords: ultrasonic welding; copper; plastic deformation; wavy interface ultrasonic welding; copper; plastic deformation; wavy interface
►▼ Show Figures 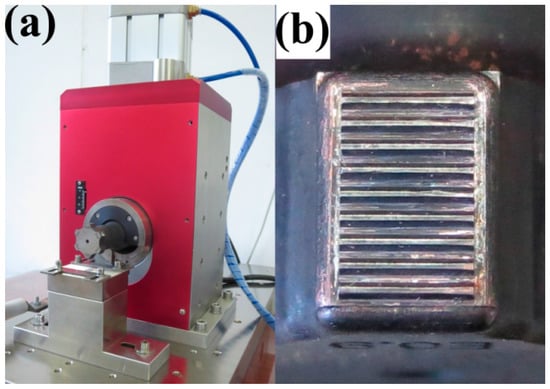 Yang, J.; Cao, B.; Lu, Q. The Effect of Welding Energy on the Microstructural and Mechanical Properties of Ultrasonic-Welded Copper Joints. Materials 2017, 10, 193.


Yang J, Cao B, Lu Q. The Effect of Welding Energy on the Microstructural and Mechanical Properties of Ultrasonic-Welded Copper Joints. Materials. 2017; 10(2):193.


Yang, Jingwei; Cao, Biao; Lu, Qinghua. 2017. "The Effect of Welding Energy on the Microstructural and Mechanical Properties of Ultrasonic-Welded Copper Joints." Materials 10, no. 2: 193.