The article presents a proposal of a model of fatigue destruction of hydrophobised ceramic brick, i.e., a basic masonry material. The brick surface was hydrophobised with two inorganic polymers: a nanopolymer preparation based on dialkyl siloxanes (series 1–5) and an aqueous silicon solution (series 6–10). Nanosilica was added to the polymers to enhance the stability of the film formed on the brick surface. To achieve an appropriate blend of the polymer liquid phase and the nano silica solid phase, the mixture was disintegrated by sonication. The effect of the addition of nano silica and sonication on changes in the rheological parameters, i.e., viscosity and surface tension, was determined. Material fatigue was induced by cyclic immersion of the samples in water and drying at a temperature of 100 °C, which caused rapid and relatively dynamic movement of water. The moisture and temperature effect was determined by measurement of changes in surface hardness performed with the Vickers method and assessment of sample absorbability. The results provided an approximate picture of fatigue destruction of brick and hydrophobic coatings in relation to changes in their temporal stability. Additionally, SEM images of hydrophobic coatings in are shown. View Full-Text
Keywords: low-cycle fatigue strength; surface hardness; absorbability; hydrophobisation; sonication low-cycle fatigue strength; surface hardness; absorbability; hydrophobisation; sonication
►▼ Show Figures 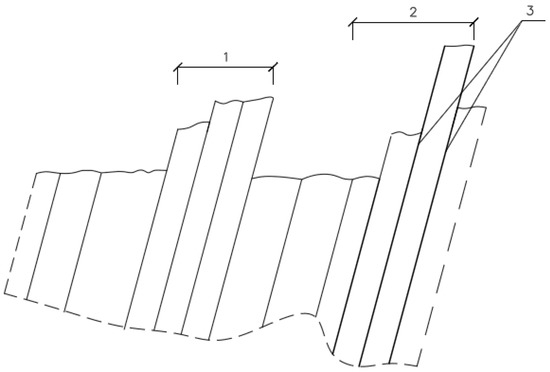