Microgrids are expected to play a key role in future electricity markets, either as islanded or connected to the main grid. Microgrid operators are then responsible for delivering energy to consumers while meeting technical and economic criteria. One key issue for microgrid operator is determining proper pricing tariffs for consumers. One way is deploying the traditional flat prices for all consumers, which is deemed to be an inefficient pricing in electricity markets. An alternative is to define various price tariffs like time of use or even real-time prices. To this end microgrid operators need to understand their consumers’ characteristics so as they can assign optimal pricing schemes to various consumers.
Clustering techniques are known as a suitable method for load profiling according to load patterns of consumers, which help find the key characteristics of consumers. Consumers are clustered in various groups per their load pattern similarities. These techniques are indeed used for load profiling of consumers, where several applications such as future investments and planning are some.
This paper aims at determining optimal pricing schemes for microgrid considering load profile of consumers. To this end, an improved WFA k-means is proposed to accurately cluster consumers in several groups. These techniques cluster consumers based on their load similarities in each time interval for the entire day. Further, a similarity index, i.e., clustering dispersion indicator, is used to find the optimal number of clusters, which delivers the clusters with most similarities, but most difference with other clusters. Having the best cluster numbers, a load profile for each cluster is identified. This load profile is then used as a representative profile (RP) for all consumers in the given cluster. After that, microgrid operator deploys these representative profiles to determine price schemes for the consumers in each cluster.

Research on microgrids has received a great deal of attention in recent years. An overview of microgrids control and energy management is given in [1]. A new model for plug-in or plug-out microgrids is presented in [2], where a hybrid interactive communication optimization solution is developed for optimal power dispatch of multiple microgrids. Technical issues of microgrids are addressed in several papers such as [3,4,5,6,7].
In terms of economic aspects of microgrids, studies such as energy scheduling by microgrids [8,9] and renewable energy in microgrids [10,11] are presented. Optimal renewable energy integration in microgrids is addressed in [12]. Authors in [13] proposes a new model for enabling demand response by microgrids. A chance-constrained approach is used in [14] in order to model microgrid scheduling. Although several papers address the economic modelling of microgrids, they mainly focus on the high-level and wholesale modelling of these grids and pay less attention on how to offer optimal prices to consumers. This is indeed an area this paper contributes over the existing studies.
In regards to clustering applications in power systems, most studies consider these techniques for load profiling [15,16,17,18,19]. These papers mostly use the basic clustering techniques such as k-means or the heuristic methods to classify load curves of consumers in several groups. Some drawbacks that these traditional clustering techniques have include randomly selecting the initial cluster centers which affect the final clustering result. Further, they mostly use the Euclidean distance measure for the computation of distance between data, which is not the accurate method for this purpose. This is the second area of our contributions.
Overall, this paper contributes over the existing studies in following aspects.
The rest of the paper is in the following order. Section 2 describes the methodology framework, including the two-step framework, the clustering process and the procedure to achieve representative profiles (RPs) of consumers. Numerical results are presented in Section 3, where the case study is defined and several results are presented and then the scenarios for pricing schemes by microgrid operators are discussed. Conclusions are finally given in Section 4.

The proposed pricing scheme is provided in two steps. The first step accounts for consumers’ load clustering and deriving the representative load profile of each cluster. Then, in the second step, the microgrid operator deploys the outcome of the first step in order to design its proper pricing according to its requirements. Figure 1 illustrates the proposed two-step pricing scheme.
Each step is discussed in detail in following subsections.

The load clustering procedure includes four steps as follows. The first step accounts for the selection of the proper data, e.g., load profiles of consumers in similar voltage levels, areas and within a distinctive network location. Once the data is collected, the next step ensures data processing. In this phase, outliers in the data are identified and removed. Step 3 includes load curve clustering, where the proposed clustering technique is carried out on consumers’ load profile and then using the adequacy measures such as CDI, the best number of clusters are chosen. Lastly, the representative profile (RP) of each cluster is determined by identifying the center of the relevant cluster. RPs are indeed useful to represent the further distinctive actions, pricing schemer here, which can be carried out on the consumers in each cluster.
This paper proposes the improved weighted fuzzy average (IWFA) k-means as follows. The traditional k-means has the following procedure. According the Euclidean distance, the data are clustered in several classes. The data in each cluster have common features but different from other clusters. It starts with an initial clustering and defines initial clusters, then iterates the approach until reach a final minimum difference in threshold of the two consecutive iterations.
One issue in k-means clustering to be considered is the simple averaging method which is used for cluster centers. Medians have shown better performance than averages, although they may remove good points. To overcome this issue, a type of fuzzy averaging is employed that puts the center prototype among the more densely situated points [2,9].
Consider {l(1),…, l(p)} as a set of p numbers. The algorithm initially considers the sample mean µ(0) and variance σ2 to start the process, to determine the weighted fuzzy average. Considering a vector of L with H components, the cluster center is calculated as follows:
This algorithm computes σ2 on several iterations and then uses it as a fixed number. This could lead to a sufficiently close WFA.
Further, using the Euclidean distance in the traditional k-means does not have proper accuracy. To resolve this issue, a new distance computation method is applied which ensure having more similar load curves in each cluster. To this end, the distance is computed using Equation (3), which weights the components of load curves based on their variance distinction.
Moreover, since the traditional k-means uses initial cluster centers randomly, the accuracy of load clustering is jeopardized. As such, the following equation is used to compute the initial cluster centers.
The method is iterated for different a and b to find the optimal outcome for clustering load curves.
There are several adequacy measures such as CDI, which allow us to determine the optimal number of clusters. Indeed, as the number of cluster declines, lower similarities in each cluster are witnessed. Extremely, for cluster number equals to 1, all load curves are grouped in one cluster, which has the lowest accuracy. On the other hand, increasing the number of clusters leads to more accurate clusters with a high level of similarity in each cluster. Ultimately, when the number of clusters is equal to the number of load curves, each cluster will have one load curve, which has the highest accuracy. However, this is obviously not the optimal number as we use clustering techniques to decrease the computational burden of large datasets. As such, CDI is used where the knee of the curve, which shows values of adequacy measure versus different number of clusters, is equal to the best number of classes. CDI is determined as follows. Depending on the distance between the load curves in the same cluster and (inversely) the distance between other cluster centers, CDI is given below.
This metric assesses the similarities of the load curves in the same class and (inversely) on the inter-distance among the class representative load curves.
In order to calculate the CDI [20,21], the following distances are defined.
The overall clustering procedure based on the improved WFA k-means is illustrated in Figure 2.

Having obtained the RPs from clustering step, the microgrid can design its proper pricing schemes in step 2. To this end, the operator seeks to maximize its profit (or minimizes its cost). A comprehensive framework for this pricing scheme can be complicated, where the operator has to consider the energy that it buys from the upstream grid, which might be uncertain, and then sell it to consumers considering the proposed pricing scheme in this paper. This leads to a complex mathematical optimization, which is usually solved through a typical stochastic programming approach [9,22,23,24,25]. Please note that this comprehensive framework is not the focus of our current work, where our main aim is to develop clustering techniques to facilitate various pricing schemes and options for microgrid operators. Depending on the network conditions, peak demand, wholesale market prices, and the distributed energy resources which a microgrid has, it could decide on the optimal pricing schemes. The load curve clustering could alleviate to determine customer-targeted pricing schemes. For example, those customers having a similar pattern as the wholesale prices would be targeted for real-time pricing or other schemes such as ToU with high pricing during peak wholesale prices. In our future work, we intend to further develop this work to present a comprehensive model for microgrid energy scheduling.

This paper presents a new model for pricing by microgrid operators in which the operator uses clustering techniques to classify consumers load curves into a specific number if clusters, which help identify their representative profiles (RPs) and also reduce the size of data on which the operator has to work. Having this RPs, the operator can identify the consumers’ type in each cluster, and other features such as their consumption level and whether their peak load coincides the system peak. This helps the operator to decide best pricing schemes such as real-time pricing and time of use tariffs for consumers, as well as to define possible demand response and load reduction programs for consumers to reduce its system peak load.
The proposed model is applied on 75 load curves of consumers and the results are obtained. Optimal numbers of clusters are defined, which shows distinctive consumers in three clusters. Each cluster’s RP represents its consumers’ characteristics. While clusters 1 and 3 include residential consumers with high and low consumption, respectively, cluster 2 includes low energy consuming commercial consumers. Considering these RPs’ various pricing models and typical time of use tariffs are suggested. Further, the clusters are prioritized for demand response actions to reduce the peak load of the microgrid during the noon.
This work can be extended to consider a comprehensive model which takes into account energy purchasing from the wholesale market and then selling it through the defined pricing scheme to consumers by the microgrid operator.

Jiangsu Province Laboratory of Mining Electric and Automation gives the support of working places and experiment places. The paper is Nadali’s work, not Ernst & Young view. 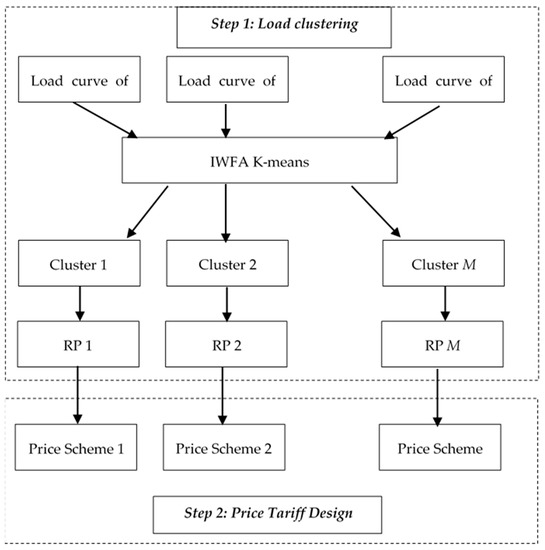 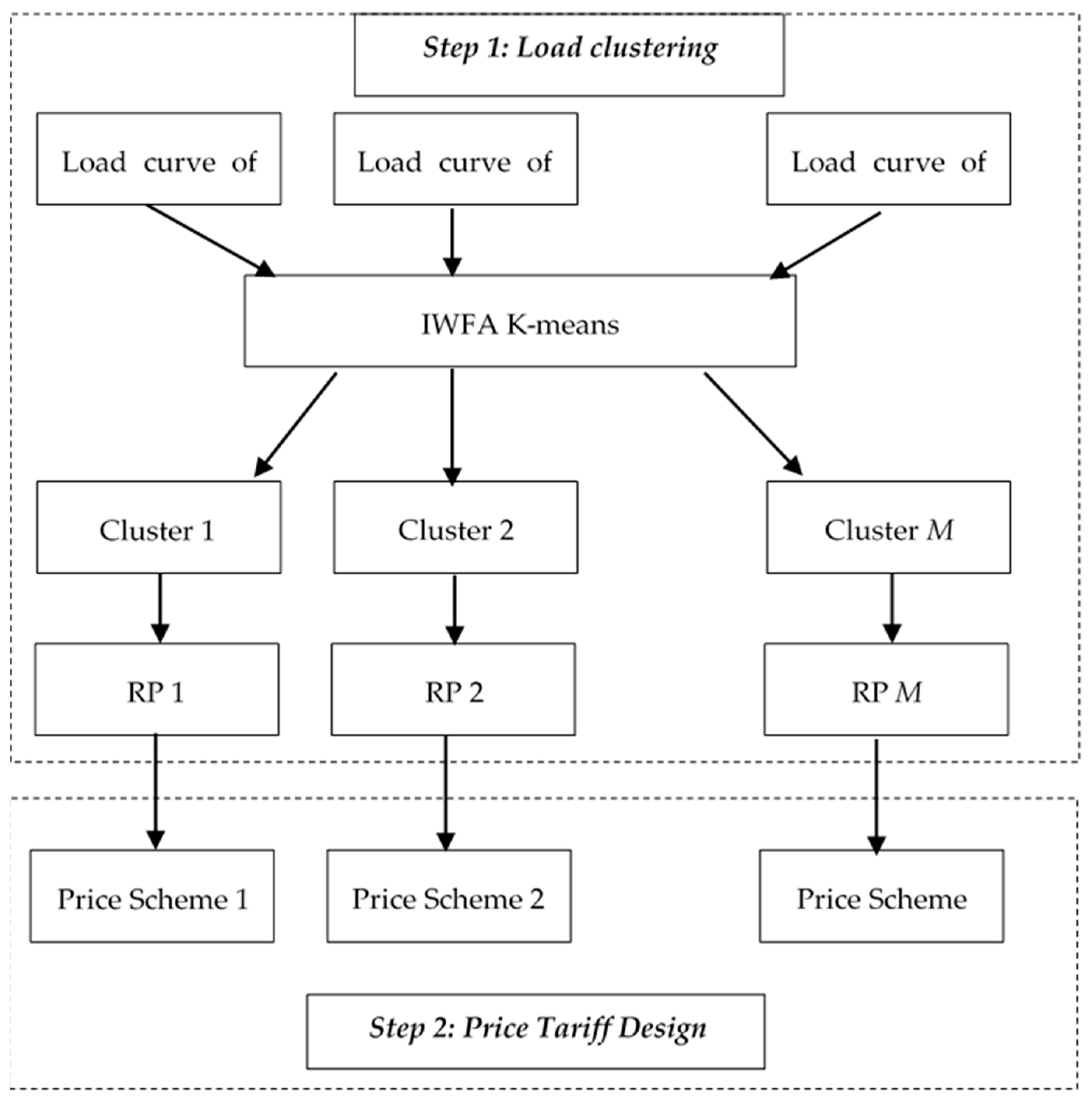 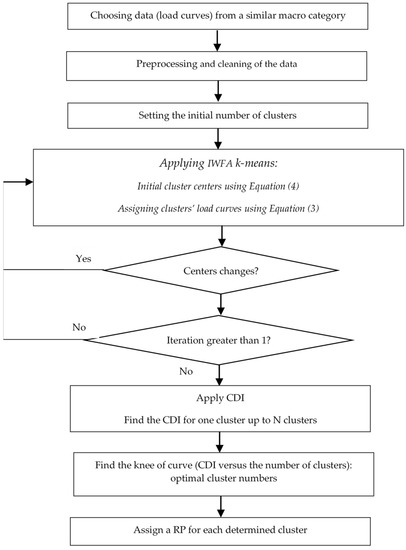 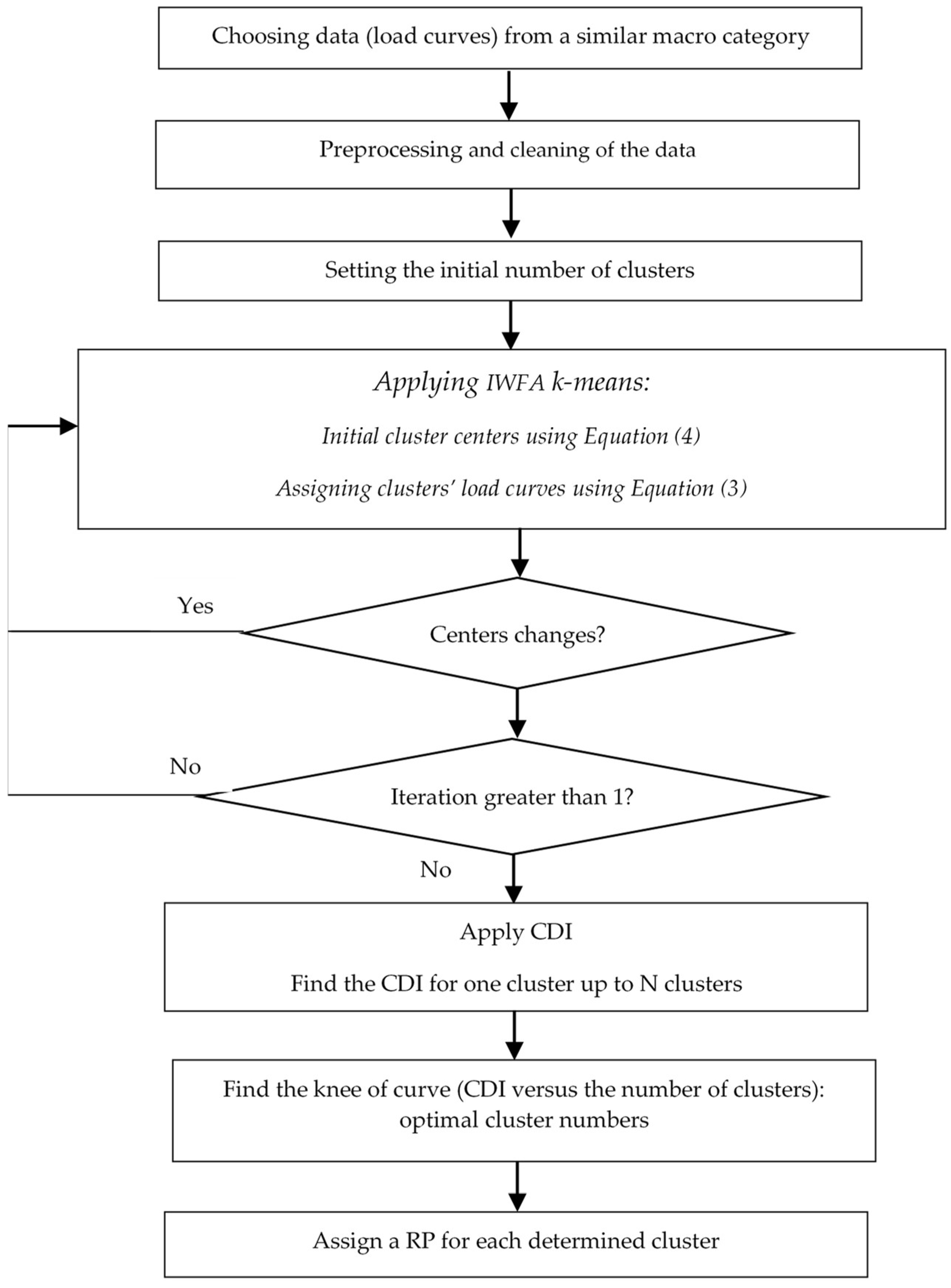 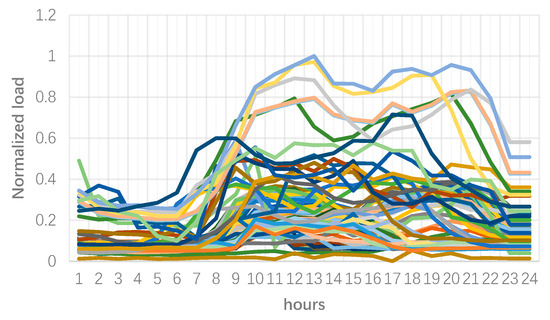 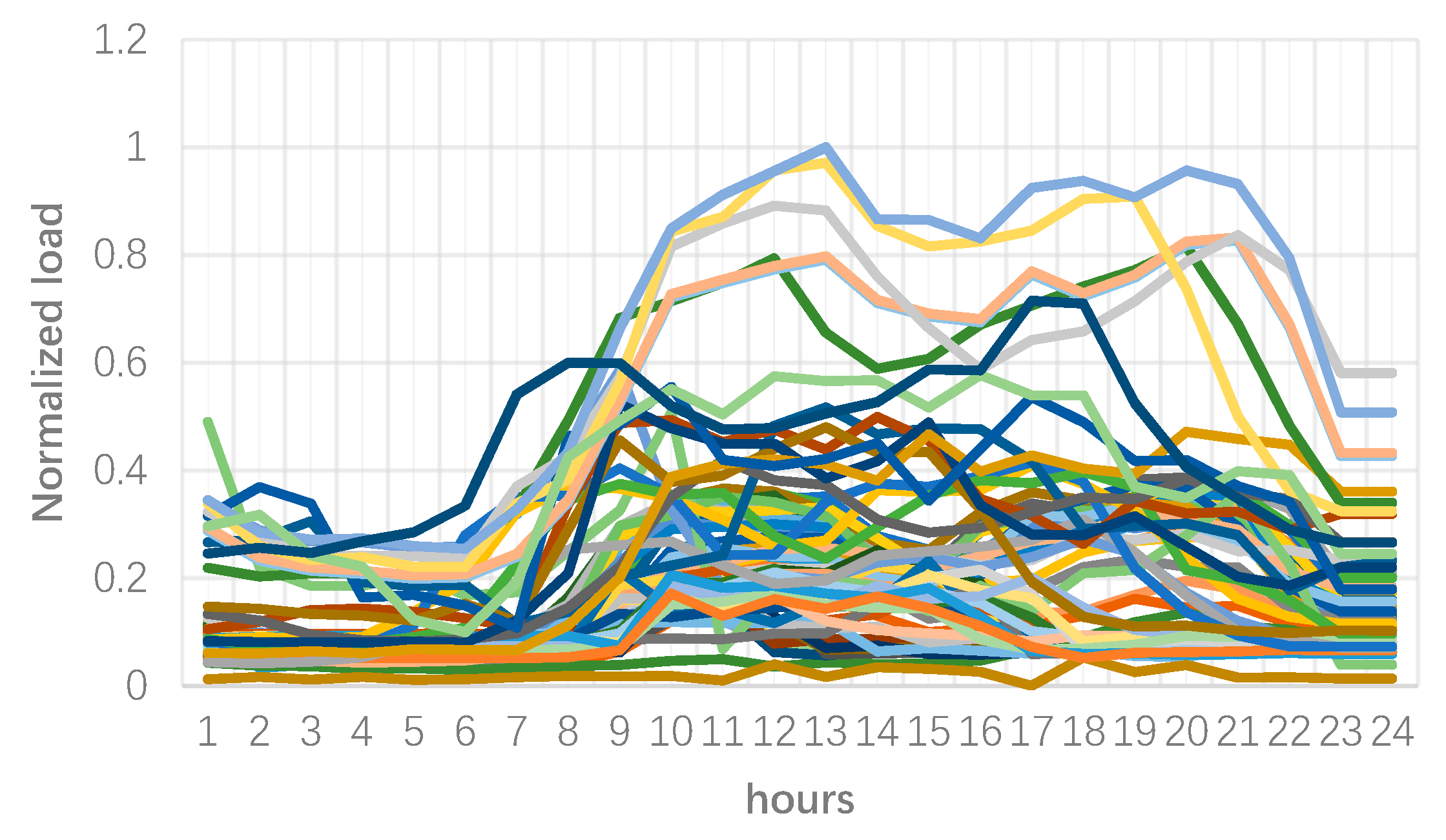 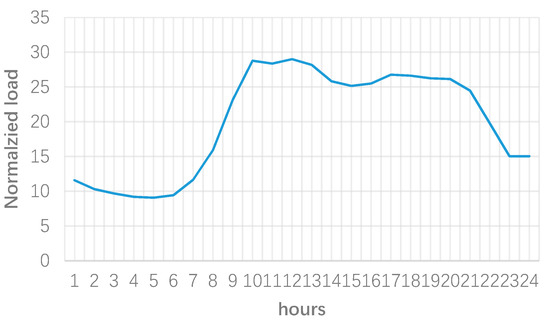 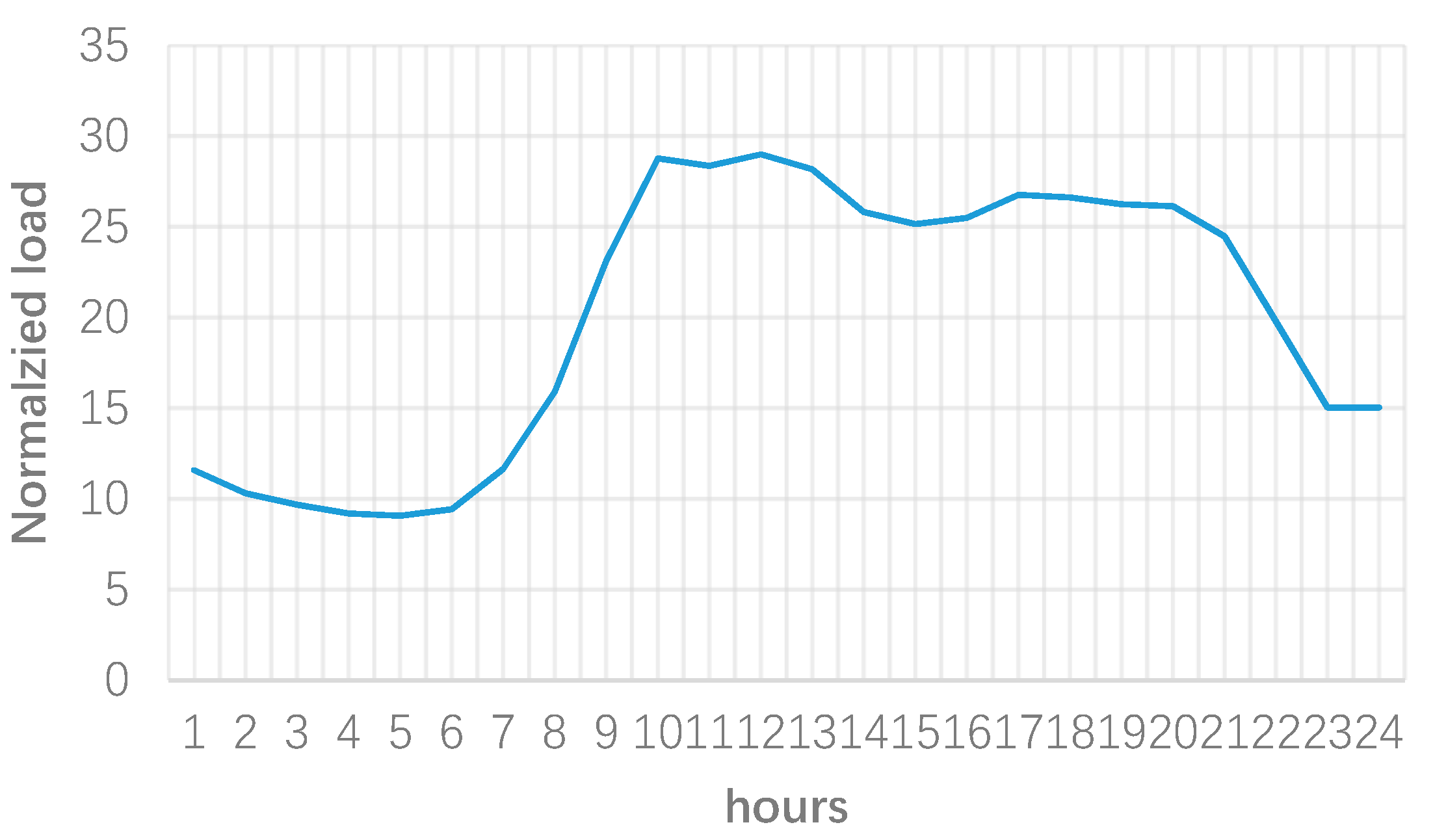 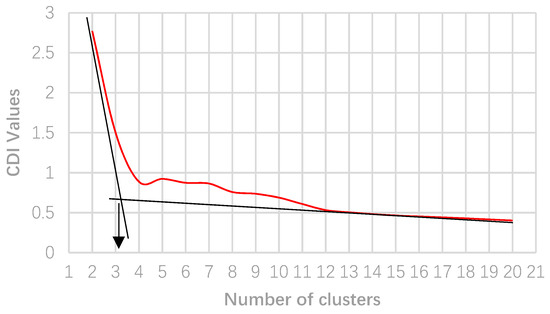 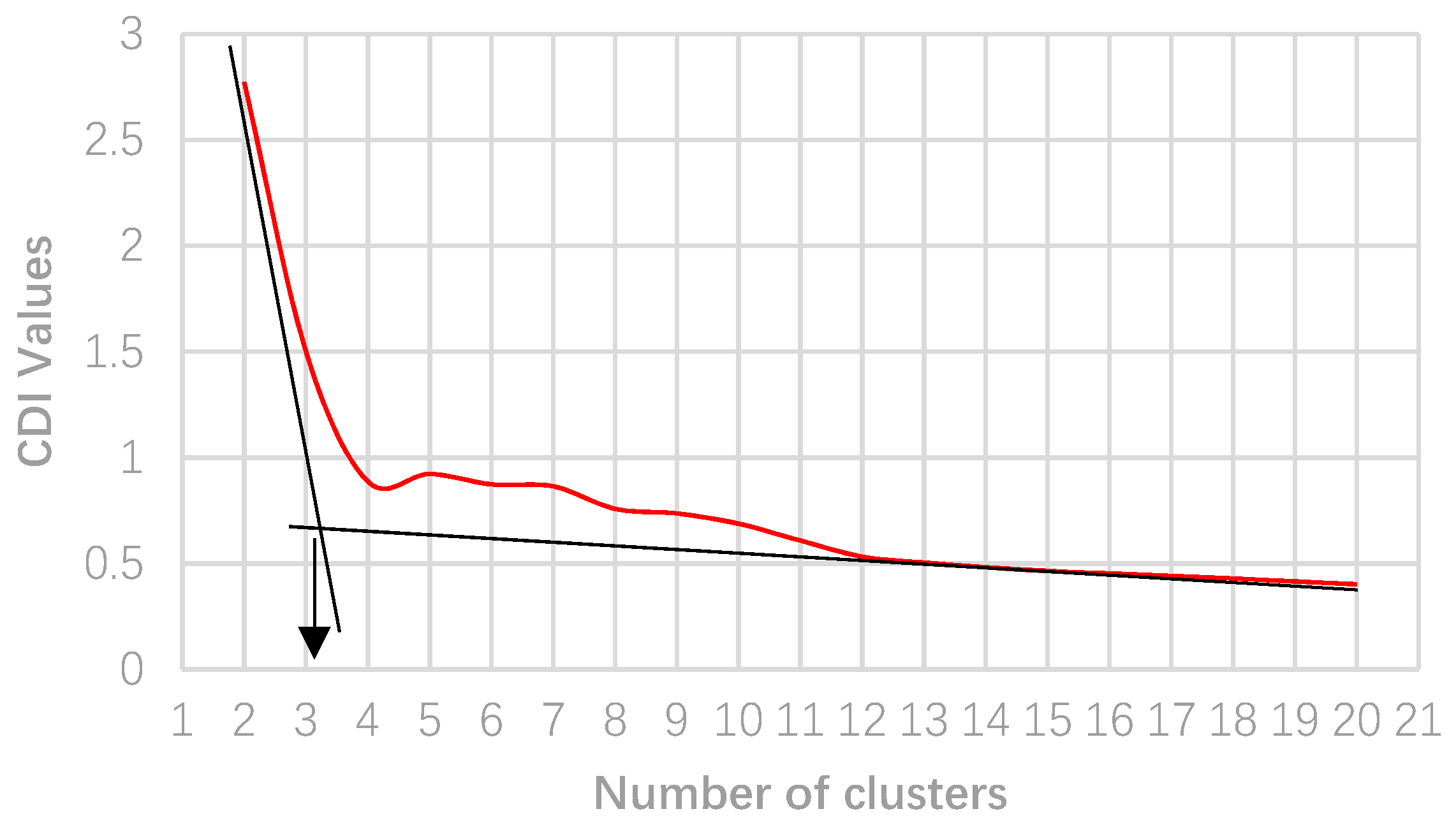 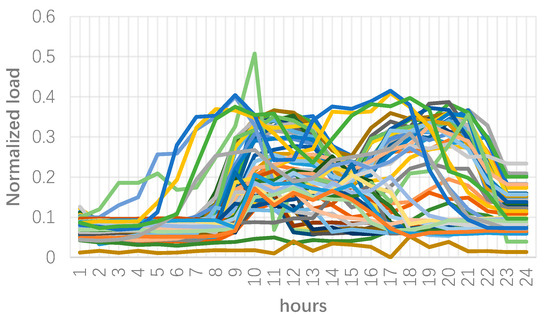 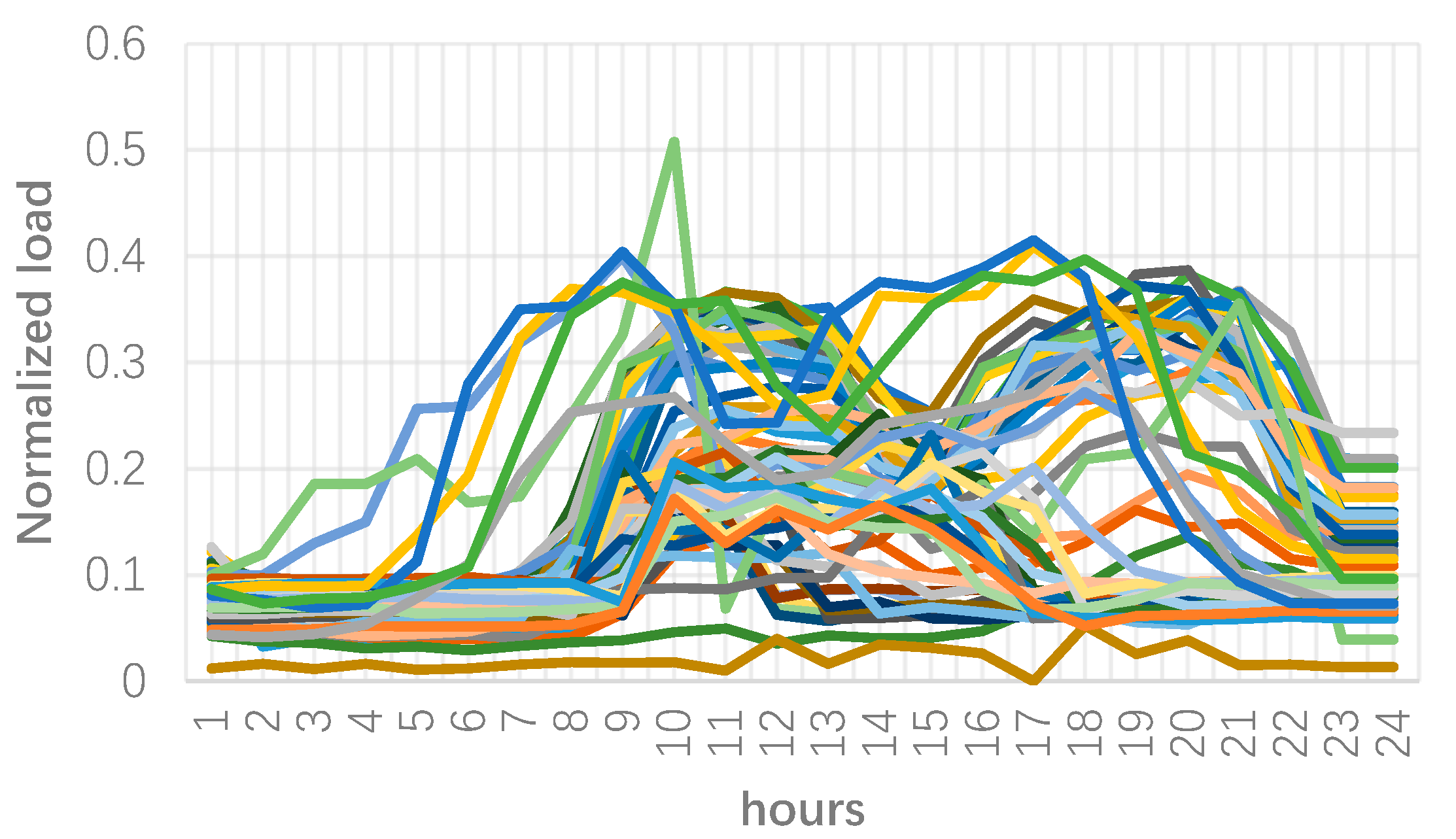 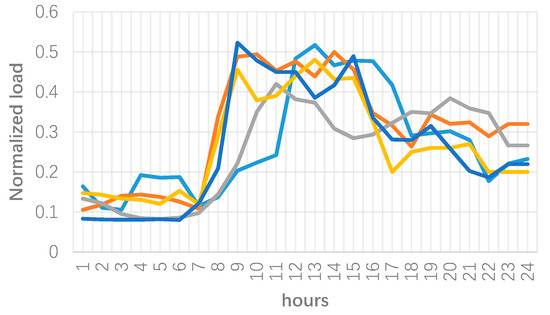 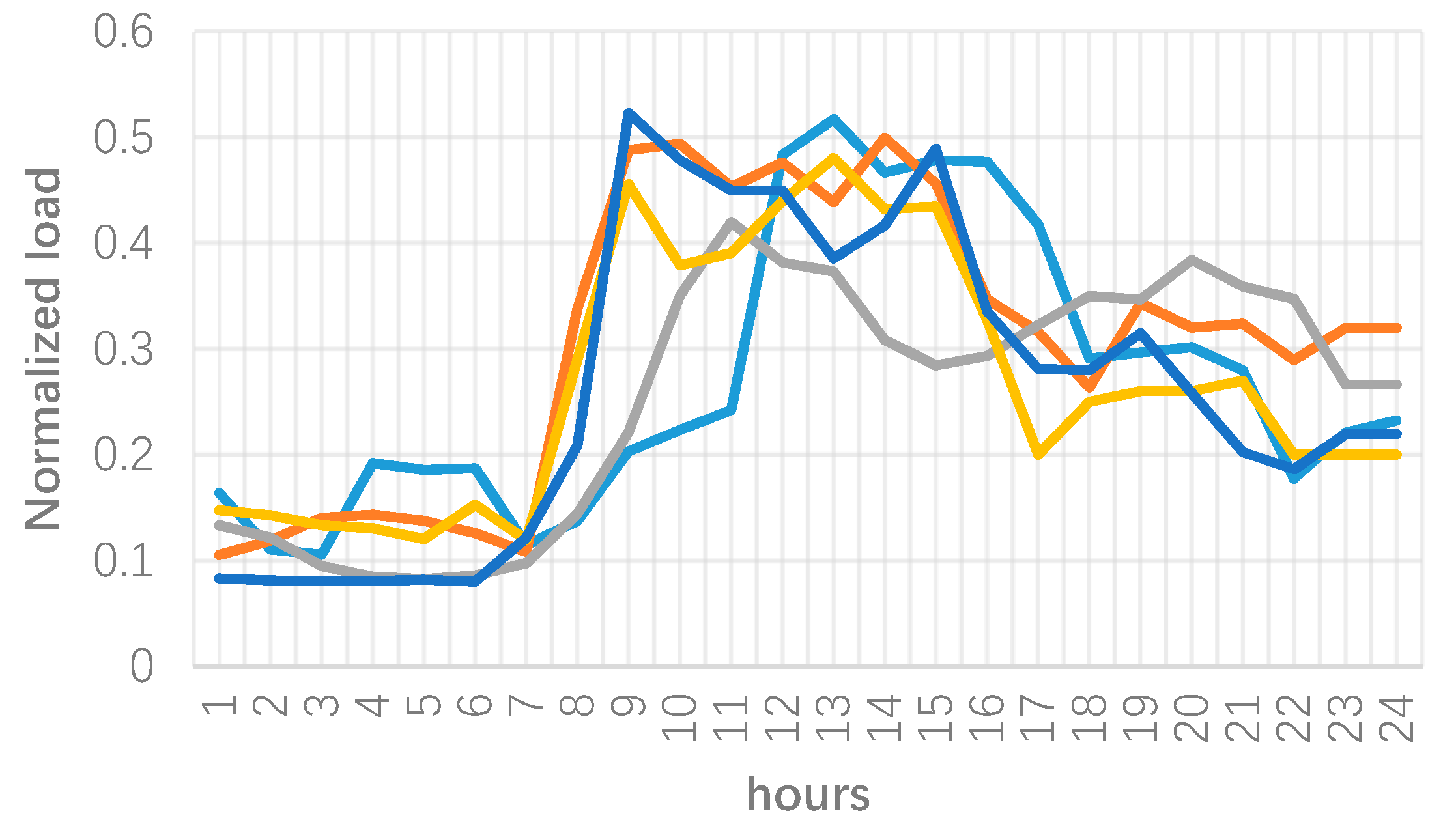 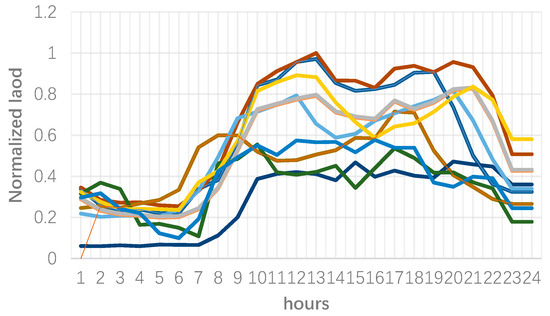 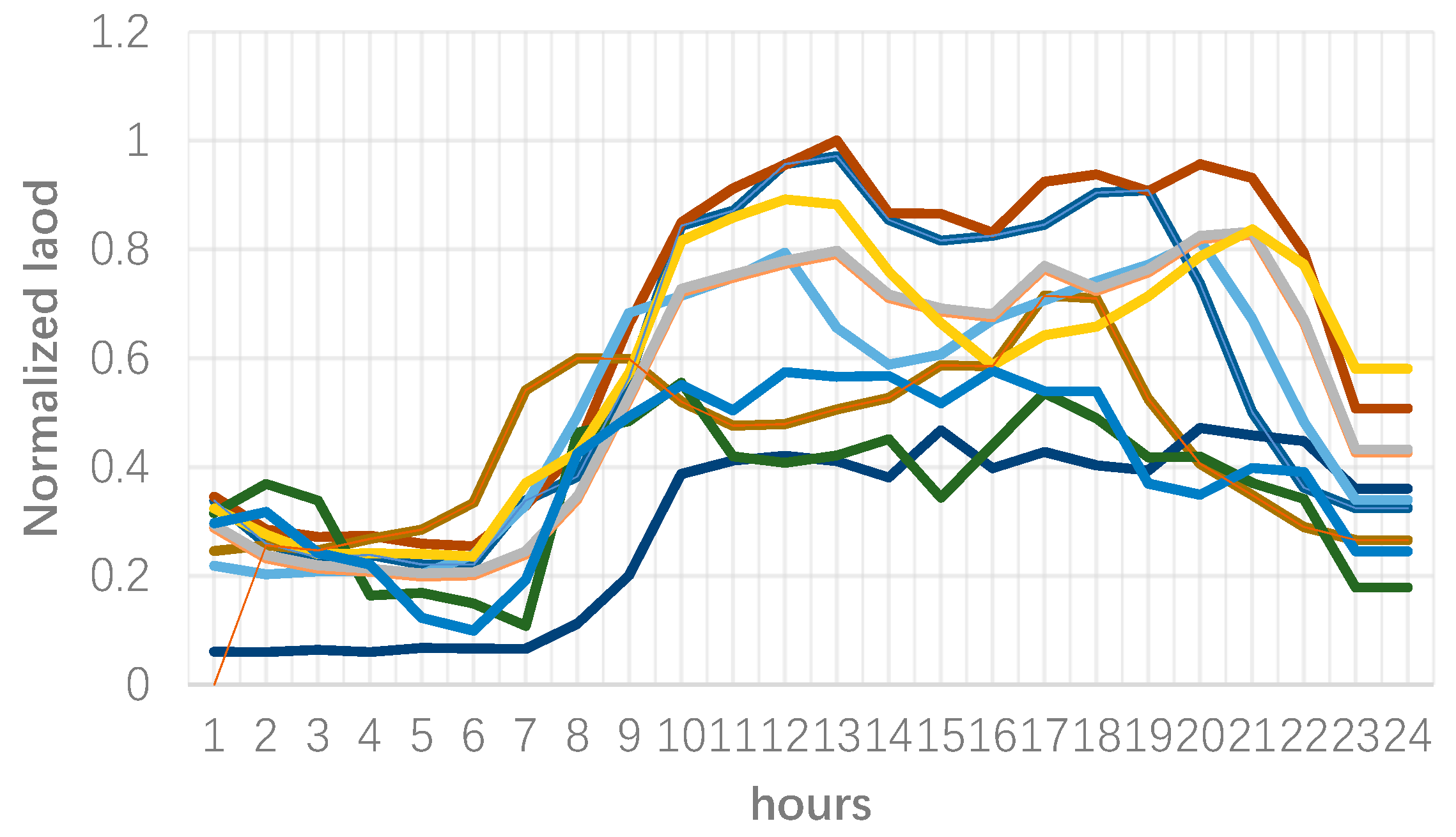 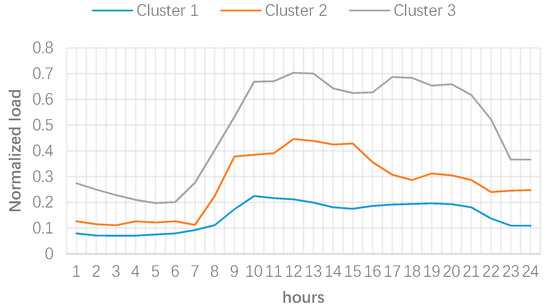 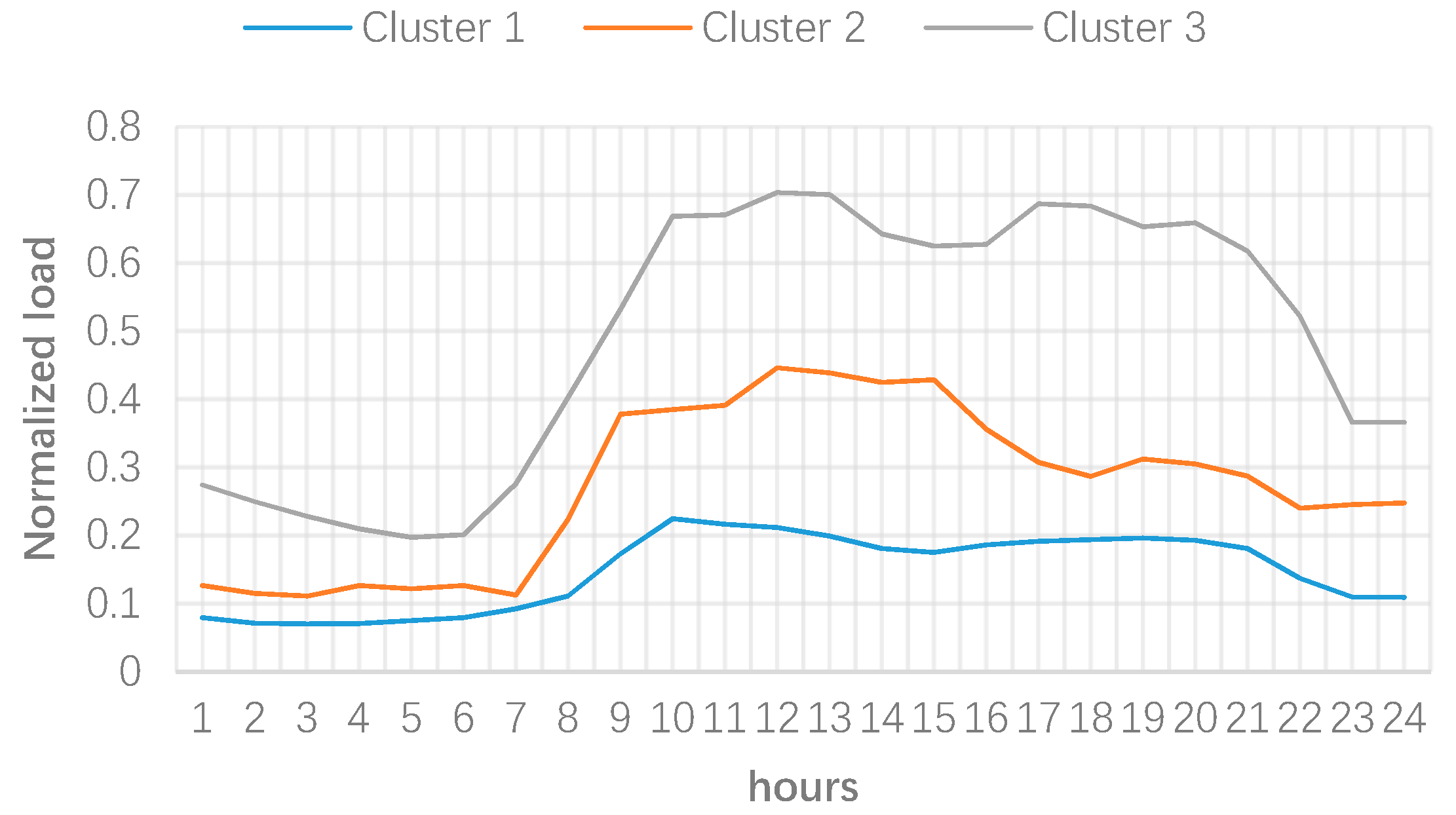 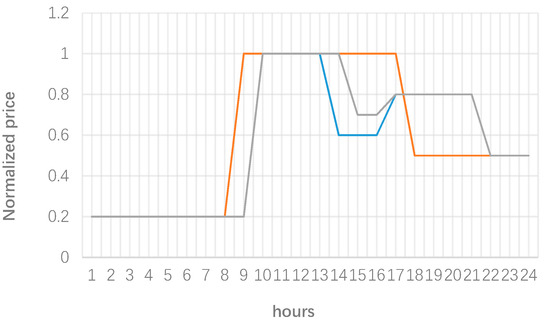 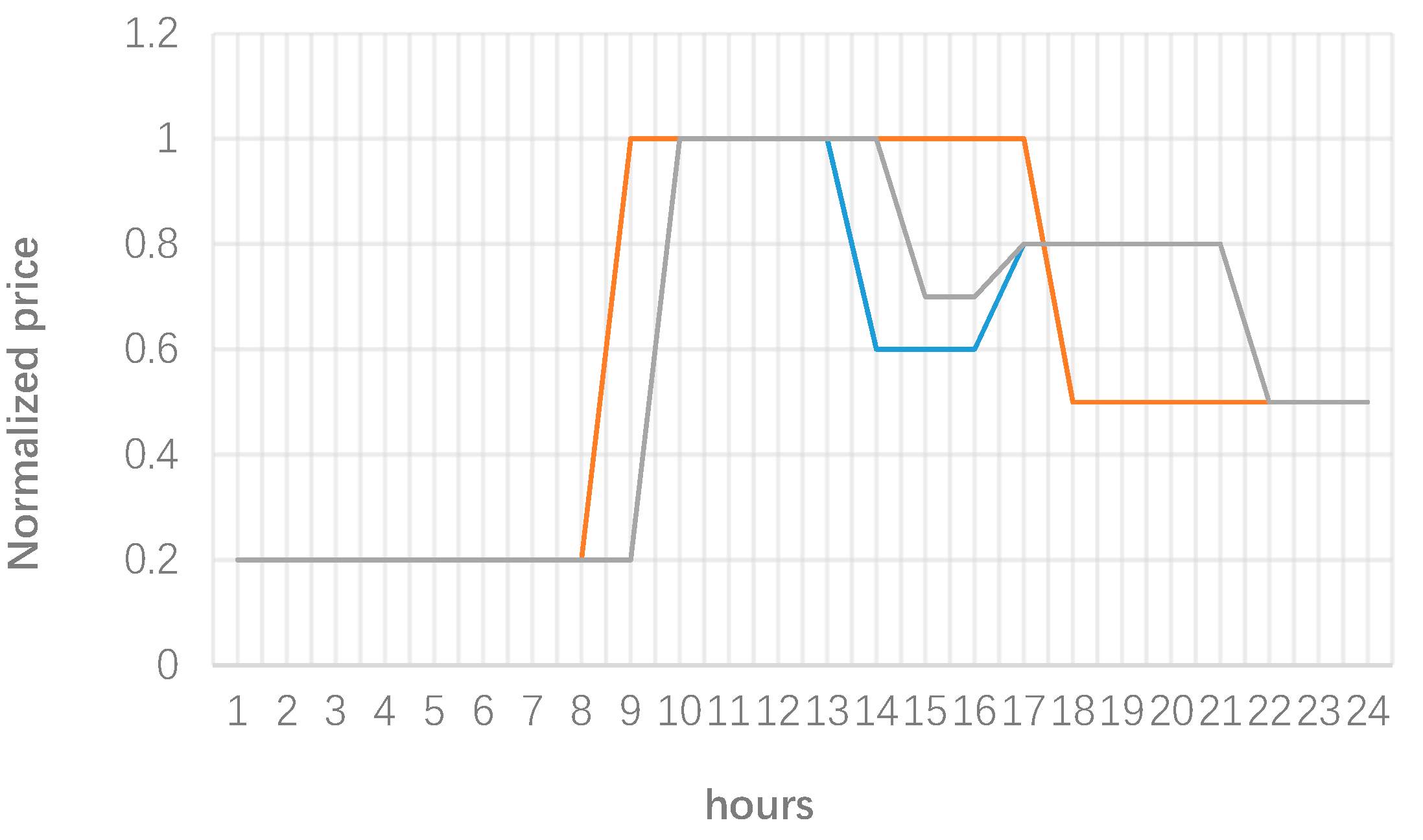