The primal and the dual problems are implemented with the GAMS modeling system under the CPLEX solver (Build 23.9.5, GAMS Software GmbH, Frechen, Germany). The study is done for the 5th December in 2016 on the case of wind farm Vrataruša and hydropower system Vinodol, both located in Croatia. That specific week is considered as the worst-case scenario from the standpoint of water scarcity and wind power differences. It is assumed that wind farm Vrataruša and Vinodol hydropower system (HPS) operate in hydro-wind coordination and that they completely avoid balancing cost. The modeled Vinodol hydropower system consists of: 3 reservoirs, 2 pumped-storage plants (PSP) and 1 hydropower plant (HP), with details given in Table 1 and Figure 2. The energy stock at the beginning/end of a day and the natural water inflows are shown in Table 2. The difference between contracted and actual generated wind power is given in Figure 3. These input parameters are obtained from the real life middle-term operation planning.
The wind farm Vrataruša consists of 14 units, each with 3 MW of installed power. The total installed power is 42 MW with minimum power output 1.1 MW. For the computational effectiveness, only the hydro power plant Vinodol profit is maximized. There is no significant loss in accuracy since the revenue of hydro power plant Vinodol participates with 95% in total system’s revenue. The ramp rate limits of the hydro power plant Vinodol are: MSR (up) 255.15 (MW/min); MSR (down) 340.2 (MW/min). Therefore, there are no constraints on ramping capabilities in the model. The real hydropower system Vinodol has conversion coefficient equal to 5.08 (MW/m3) and is used for frequency regulation ancillary services [29]. A total of 10 electricity price events is generated with the random number generator based on the statistical analyses of the Croatian nodal electricity prices of the first week of December 2016 with the same probability of each event equal to . The CVaR percentile is 85%.

The results are shown in Table 3, Figure 4 and Figure 5. In Figure 4, the first part of SRMC is vertically shifted upwards due to the increase in the risk mitigation parameter from 0 € to 1380 € for the 16th hour. These phenomena are further explained in the discussion section. The Table 3 shows the dependence of expected daily revenue on the risk mitigation parameter used for hourly risk exposure reduction (it defines the minimum expected return in the 1 − α worst outcomes for each hour). Additionally, Table 3 shows an increase in revenue when the proposed method is applied on hydro-wind coordination due to mitigation of balancing costs compared to uncoordinated business as usual case when wind generation imbalances are penalized (based on yearly average balancing cost prices). The curves in Figure 5 are for the hourly risk exposure of 1380 € and 5 €/ MW∙h of short-run marginal costs of Vrataruša wind farm generation.

The approach presented in this paper analyses the case of short-run hydro-wind coordination which participates on the electricity market. This research contributes with the approach based on duality method of convex programming for determining the joint short-run marginal cost curves for an electricity generation of the hydro-wind coordination, which as a novelty combines risk mitigation and the water shadow price. The proposed approach is easy to implement in various optimization problems. Proposed method is suitable for investors with various risk preferences, from risk-averse to risk-neutral or risk-seeking, since it enables risk mitigation. It has been shown that the perfectly inelastic short-run marginal cost curves are appropriate for Vrataruša-Vinodol hydro wind coordination which follows from the fact that the water shadow price was constant over the various price events in particular hour. Therefore, it is justified to use simplified method for calculating water shadow price which is constant over the planning period. It has been shown that the risk mitigation has a cost and that this cost is easily quantified which is exemplified and discussed in the paper. In future work, the authors will explore the challenging issues of marginal costs of ancillary services, with emphasis on secondary reserve; as well as improvements to optimal bidding strategies.

Perica Ilak and Ivan Rajšl have contributed in developing the ideas and formulation of the optimization problem. Josip Đaković and Marko Delimar have been involved in implementation of the problem and analysis of the results. All the authors are involved in preparing the manuscript.

This research paper is made possible through the support from Department of Energy and Power Systems of University of Zagreb Faculty of Electrical Engineering and Computing. 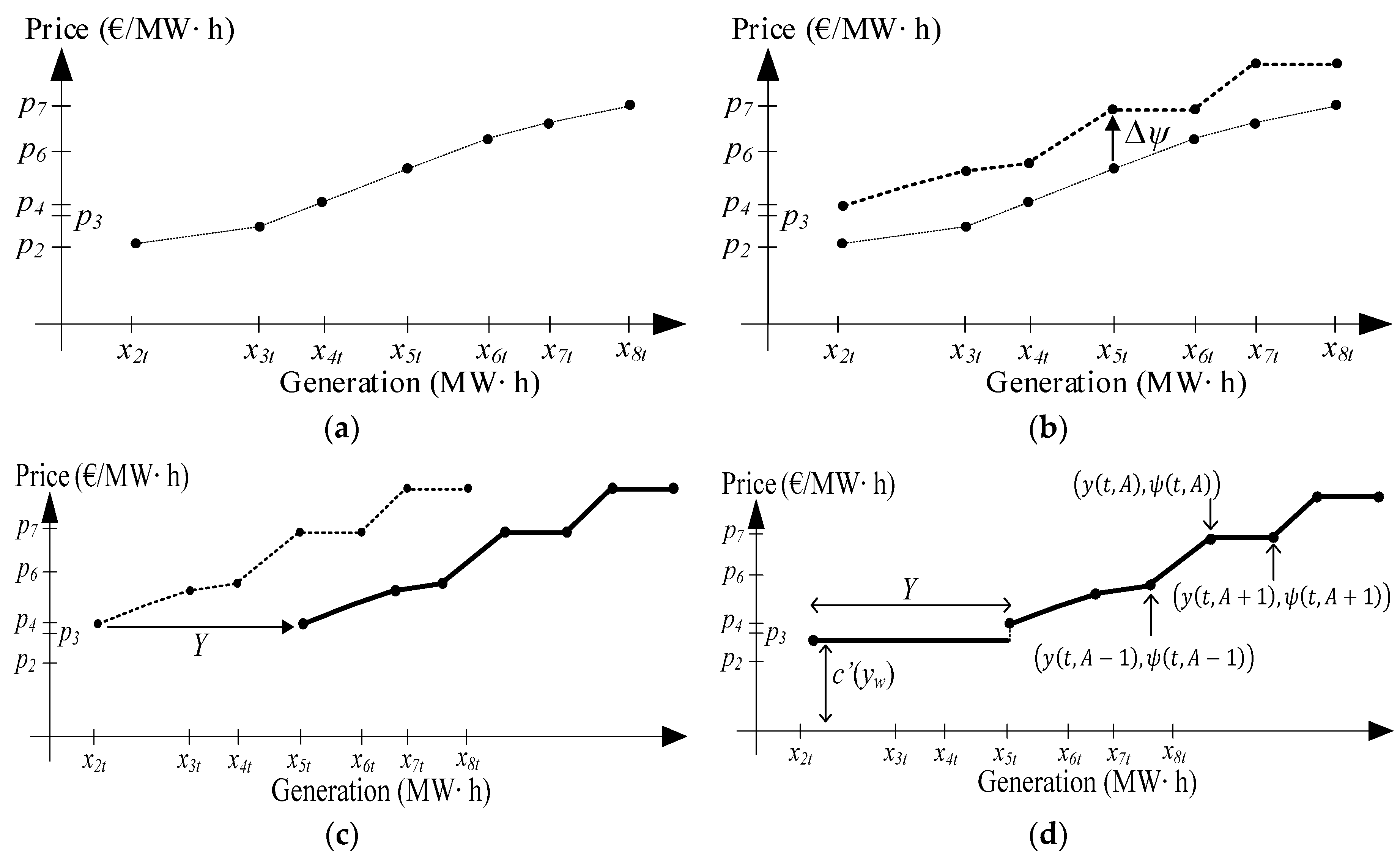