Lead Acid Batteries (LABs) are used for starting, lighting, and igniting, as well as in air conditioning systems and to supply power to electric engines in transport vehicles (TVs). However, the application of LABs for TVs has faced a number of market challenges, mounted by the upcoming high energy density and long lifespan batteries, such as lithium ion. LABs, on the other hand, are inexpensive. The key research question is, how can the lifespan of LABs used in automotive industries be increased, while still ensuring a low cost solution? Thus, integrating LABs with the supercapacitor (known as an electric double layer capacitor—EDLC) is likely to outperform the competing alternative batteries for TVs. This paper proposes a multiple stage approach to hybrid lead acid batteries and a supercapacitor system for TVs that is capable of maintaining the battery state-of-charge (SOC) at statistically high limits, ranging between 90% and 95%. This SOC target will likely ensure that the lifespan of the hybrid battery system can be elongated (extended) more than its competitors. In this study, the multiple stage approach of concatenated converters has been designed in order to satisfy all energy storage requirements for different characteristics of LABs and the supercapacitor. The designed hybrid system has been simulated using Matrix Laboratory (MATLAB/Simulink (version R2016a, MathWorks, Natick, MA, USA)). The simulated results show that high transient currents from the direct current (DC) bus of LABs, caused by the regenerative braking or deceleration of the TVs, reduce the battery lifespan and induce mechanical stress. The supercapacitor reduces the stress on the LAB by absorbing high transient currents. This, in turn, keeps the LABs’ SOC between 90% and 96% and the voltage at 12 V. As indicated by the simulated results, the hybrid battery SOC is maintained at 90–96% and the terminal voltage is approximately 12 V.
Keywords: lead acid battery; supercapacitor; DC/DC converter; state-of-charge lead acid battery; supercapacitor; DC/DC converter; state-of-charge

The possibility of hybridizing a lead acid battery with a supercapacitor has been widely studied in the work of [19], the hybridized system is said to provide huge energy capacity in small volumes and to enhance cold cranking capability in TVs. Although supercapacitors have high power density compared with LABs, they provide transient power during cold cranking at low temperatures. LABs are currently popular, however, at low temperatures, cold cranking is compromised in TVs at low SOC (i.e., below 50%). Battery and supercapacitor models are studied using the simscape power system toolbox in Matrix Laboratory (MATLAB/Simulink). The use of the simscape simulation toolbox modeling for power systems design technology is suitable for evaluating the performance of energy storage systems for transport vehicles [20,21,22]. The approach is to design using a battery with parameters that are commercially available and study its behavior during the simulation. The developed architecture of the LAB and supercapacitor hybrid is simulated using MATLAB/Simulink. The topology used consists of two DC/DC boost converters for the LAB and a buck-boost for the supercapacitor. The buck-boost converter for the supercapacitor operates as a bi-directional power flow system. This allows the supercapacitor to accept current for both regenerative braking energy and powering the motor. The selected LAB has parameters indicated in Table 1. The LAB’s parameters are obtained from the commercially available valve regulated lead acid battery (VRLAB) used daily in the transport vehicles. The operating temperature is assumed to be at room temperature, as indicated. The supercapacitor’s function is to absorb or provide transient currents during operation.
The supercapacitor relieves the LAB from inrush current, which can shorten the batteries’ lifespan significantly. The model developed in MATLAB/Simulink is represented by a flow diagram, as shown below in Figure 1.
Figure 1 shows the LAB and supercapacitor hybrid system with two DC/DC converters connected in parallel to the DC bus. The current provided by both the LAB and supercapacitor are summed to the DC bus. Hence, from the DC bus, the transient currents are fed to the supercapacitor during regenerative braking, which relieve the battery from high peak currents. The typical power required for the system is discussed in the work of [23]. The battery converter ensures the battery SOC is kept within limits, whereas the supercapacitor converter ensures that the supercapacitor provides and absorbs high peak current to the DC bus of the transport vehicle.

The lead acid battery output includes voltage, current, and state-of-charge. The LAB voltage is controlled by the boost DC/DC converter, which is connected to the DC bus. The below formulae are used to determine the LAB’s output characteristics: where SOC is the battery state-of-charge, I is the battery current, and Q is the battery charge from Equation (1). Consequently, from Equation (2), Voc is the battery open circuit voltage and Rin is the battery internal resistance. Lastly, from Equation (3), Em is the electromotive energy, Ke is the electron constant, and Tb is the operating temperature.
The LAB boost DC/DC converter is represented by a flow diagram as shown below in Figure 2. The converter is controlled based on power width modulation (PWM) of saw tooth signal. The battery voltage is controlled using a PID, which regulates the battery SOC. The saw tooth signal generator of a power width modulator is generated from the specialized technology in control and measurement library under the generator of different signals. The PWM generates a saw tooth waveform, with peak values between +1 and −1. The output of the generator is specified as a time value pair for the simulation. Consequently, the PID controller is implemented as a continuous time domain. The derivative of this controller is set to zero and connected in parallel. Figure 2 below illustrates the control strategy of the LAB’s boost DC/DC converter for ensuring a stable DC output voltage as compared with the reference PWM signal value. Also, Figure 3 below shows that the initial conditions for this controller are set to execute from external variables, have a zero crossing detection functionality, and have a compensation that is represented by Equation (4). The output of the PID controller is limited to an upper and lower limit of ±1 and treats it as a gain during linearization by the saturation block. The battery characteristics are shown in Figure 4. where is the compensation of the PID control.
The selected battery characteristics are shown in the plotted graph of Figure 3 below.
The graph showing the normal current discharge characteristics indicate that for this particular selected battery, it takes 5.2 h to reach a voltage of 0 V (SOC = 0%) if it is discharged at 0.2 C (15 A). The C-rate is defined as the Ampere or milli-ampere rate, which is numerically equal to the capacity rating of the cell and represented in Ah or mAh. The battery operates under normal conditions between 0 and 1.5 h of the time. Moreover, the graph showing several constants indicates that initially, the battery is at 100% SOC, and if it is discharged, it is discharged at a different current. Also, the graph indicates the requirement for changing the battery if the LAB is defective (operating conditions factors). The assumed current values are indicated on the legend of the graph. The selected battery has the following parameters:
This indicates that the battery lasts for 24 h if it is discharged at 3.3 A, which is the lowest in the analysis carried out.
The battery was tested at a nominal constant discharge current of 15 A (0.2 C) for 8 h under a normal operating temperature of ±25 °C. The voltage in time domain was recorded and the results were plotted as illustrated in Figure 3 (top graph). Consequently, different discharge current of 32.5 A, 13 A, 6.5 A, and 3.5 A were applied in order to evaluate the LAB characteristics, which included open circuit voltage; internal resistance; and K, A, and B factors, as illustrated in Figure 3 above (bottom graph).
The open circuit voltage is measured and is found to be 12.2733 V, as indicated above in Figure 3.
The charging and discharging cycle methodology approach considered for this typical LAB is constant-current-constant-voltage (CCCV) charging. Although overcharge is of great concern for this methodology approach, it can easily be controlled, unlike in constant voltage charging. Under the constant voltage charging, undercharging is of primary concern with these algorithms, and it is difficult to maneuver within the problem.

The lead acid battery life is highly affected by the way it is charged or discharged. The charging/discharging algorithm for a LAB is developed, and indicated that keeping the battery state-of-charge above 50% from 0% can positively increase the battery lifespan by connecting the supercapacitor in parallel. The simulation is based on a MATLAB/Simulink environment. A typical hybrid vehicle can be powered by the use of a lead acid battery and supercapacitor interfaced by the power electronic DC/DC converter. Therefore, using the topology described in the methodology, the LAB lifespan can be significantly increased with the supercapacitor. Furthermore, the hybrid is controlled by a simple algorithm that does not require complex behavioral studies. Therefore, keeping the LABs charge acceptance low forces all the transient currents to be absorbed by the supercapacitor, and hence reduces the stress to the battery. Reduction of battery stress provides an enhanced battery lifespan in due course.

The authors would like to thankfully acknowledge the contributions of the Tshwane University of Technology, Pretoria and the Auto-X (Pty) Ltd., Port Elizabeth for providing necessary infrastructure to conduct this research study. 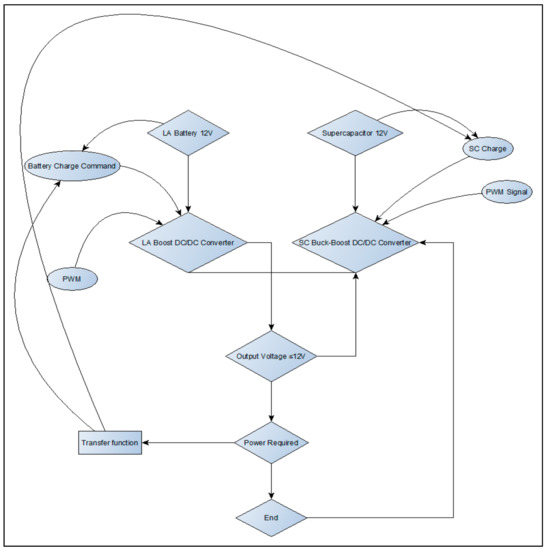 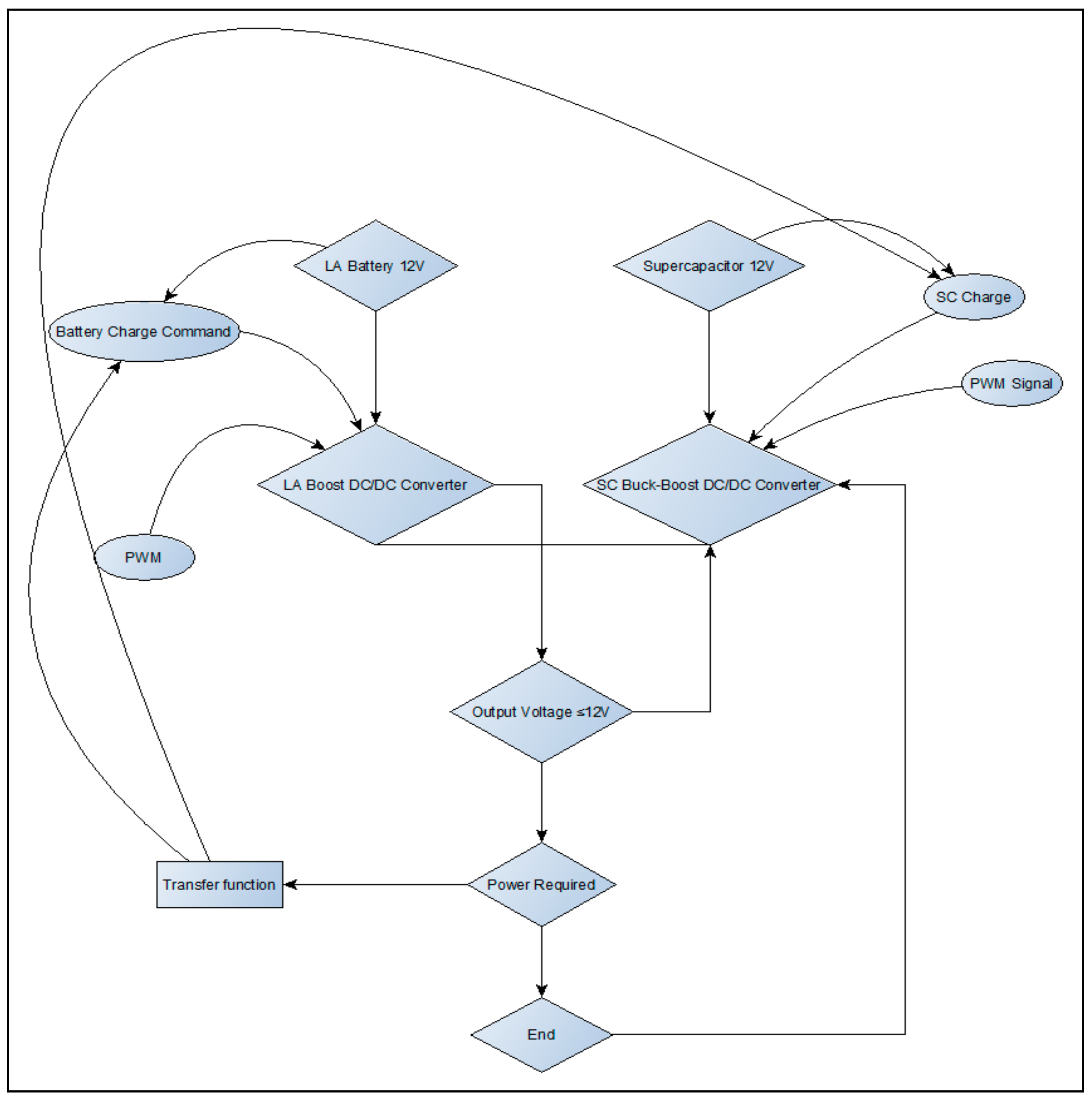 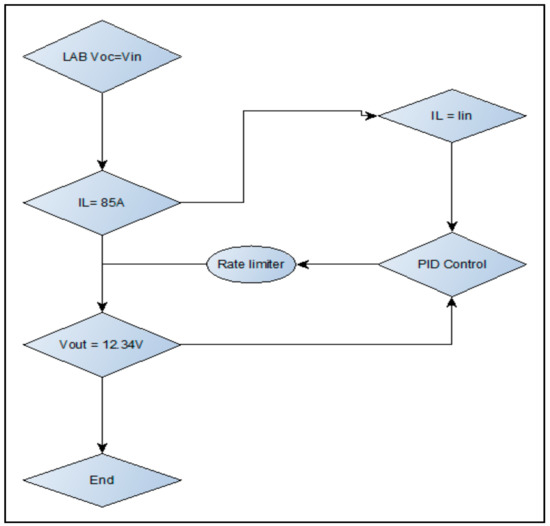 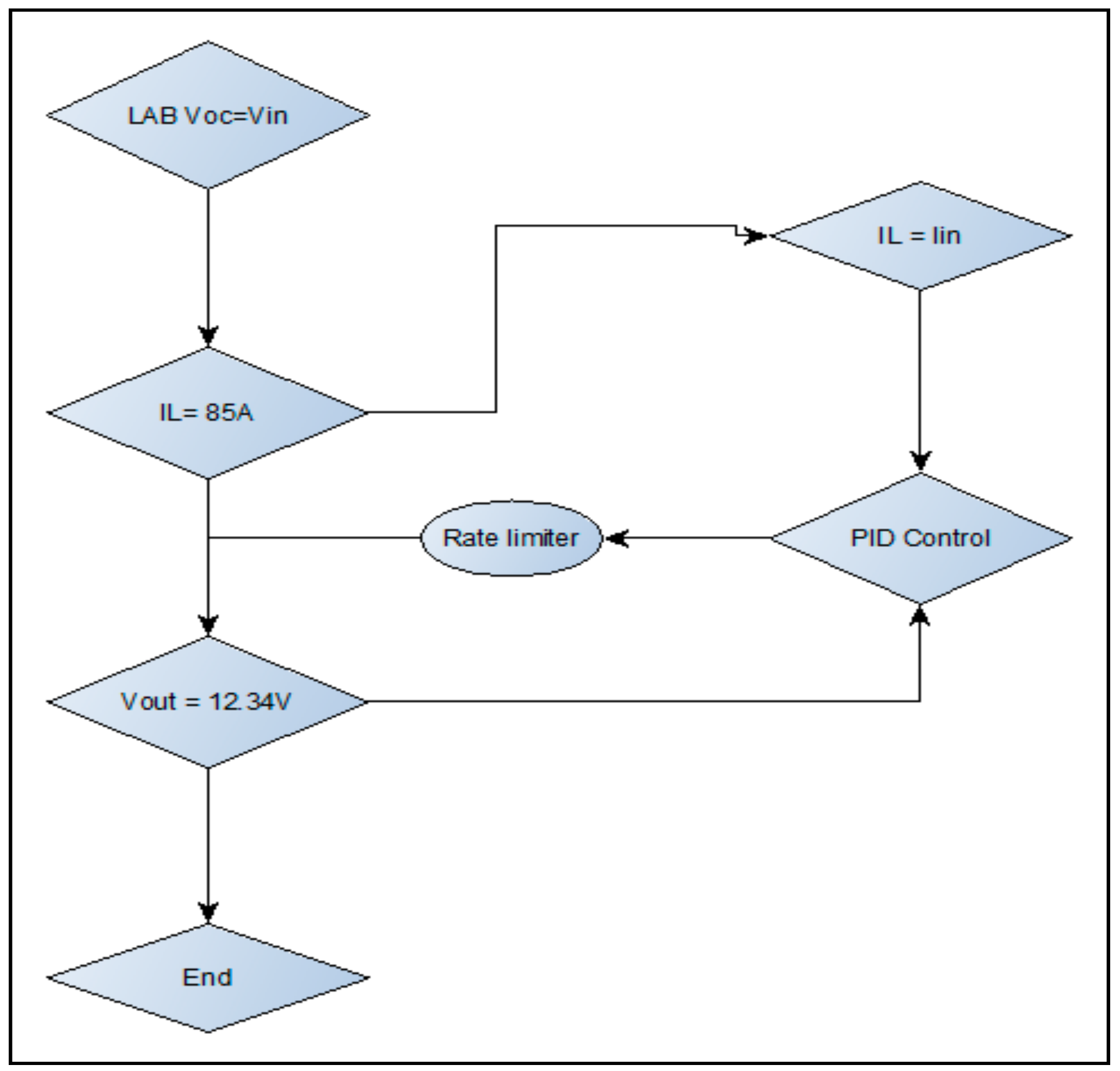 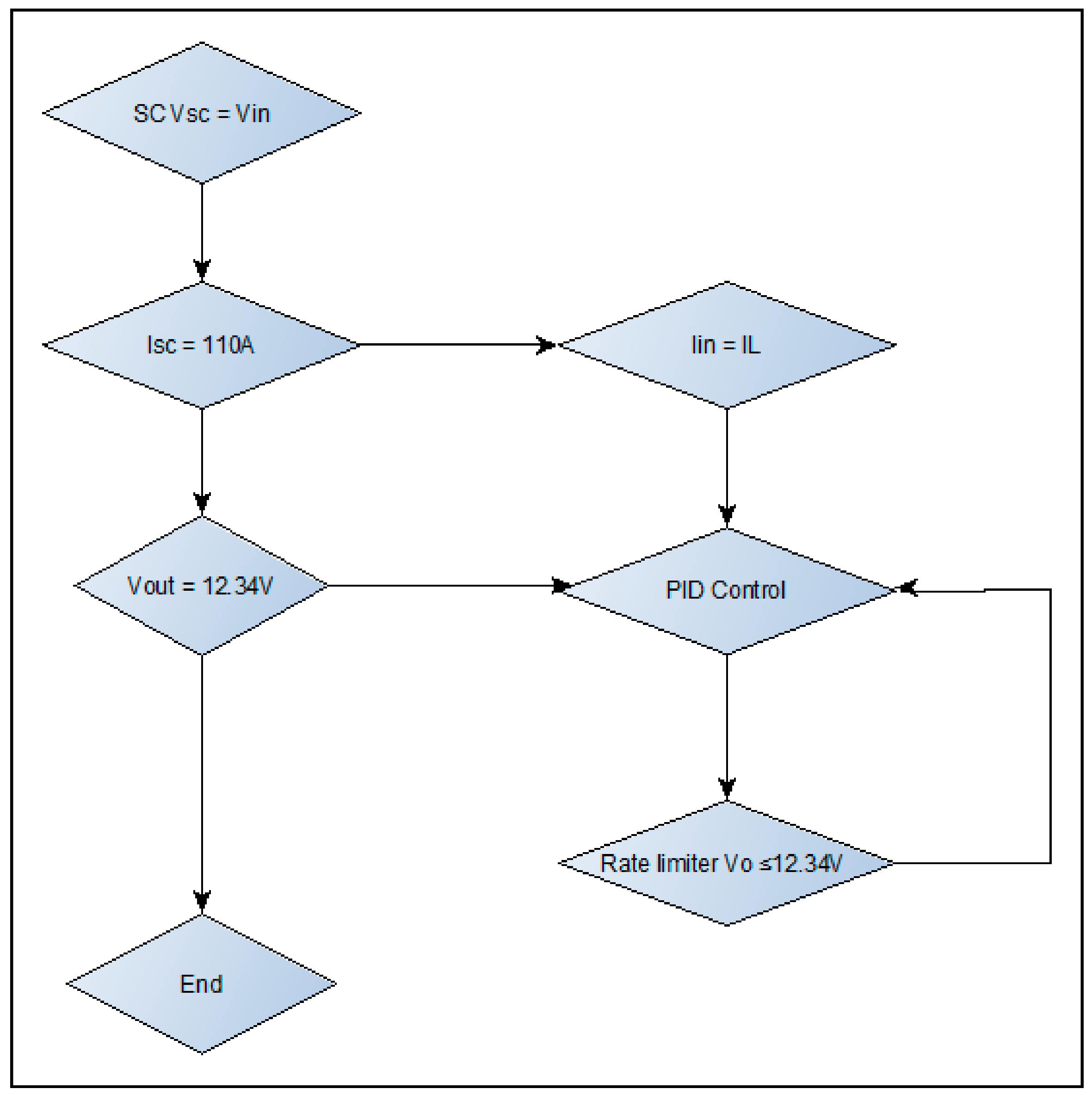 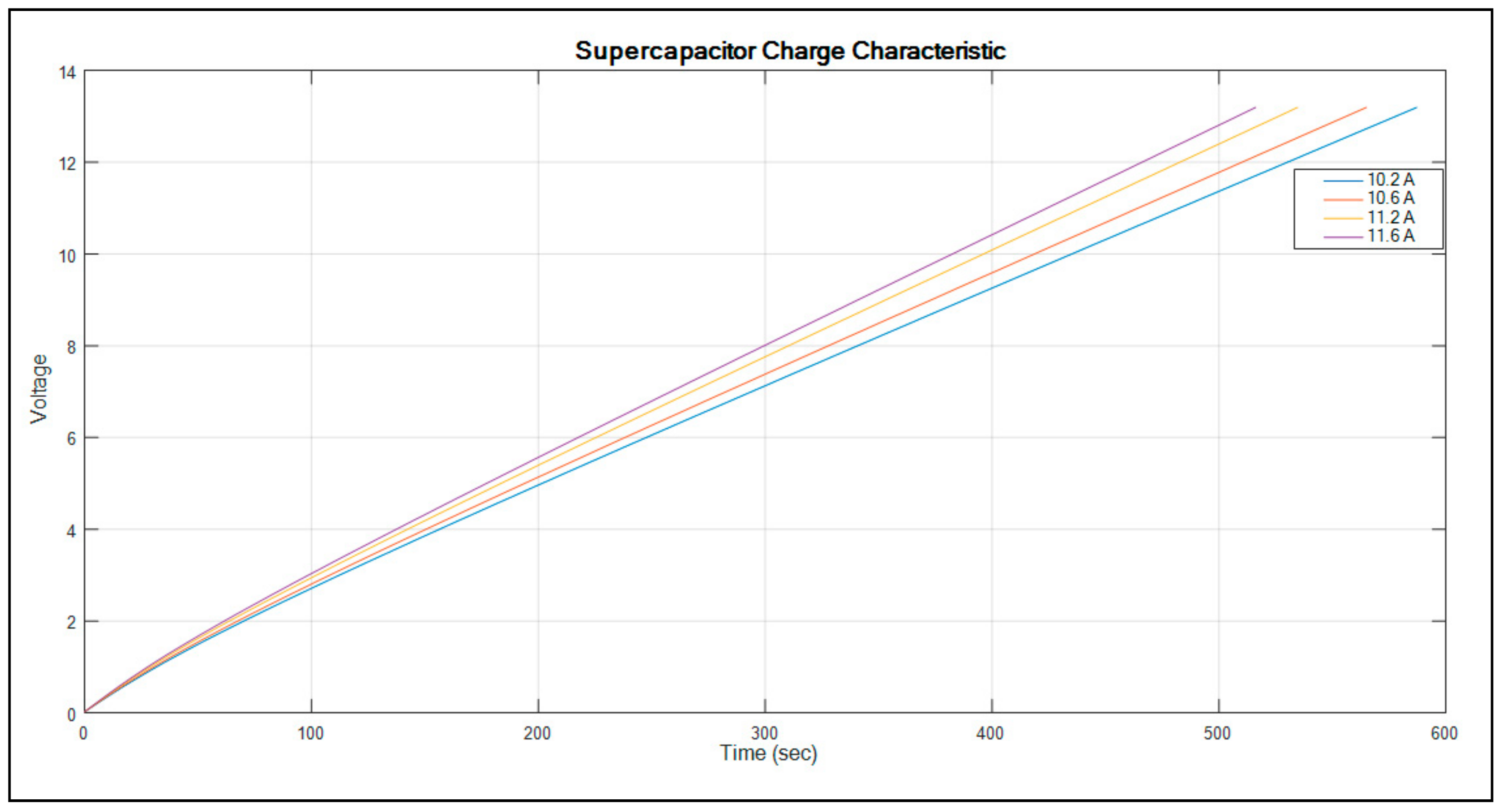 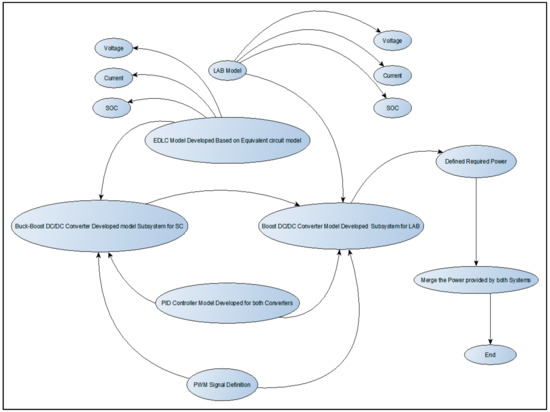 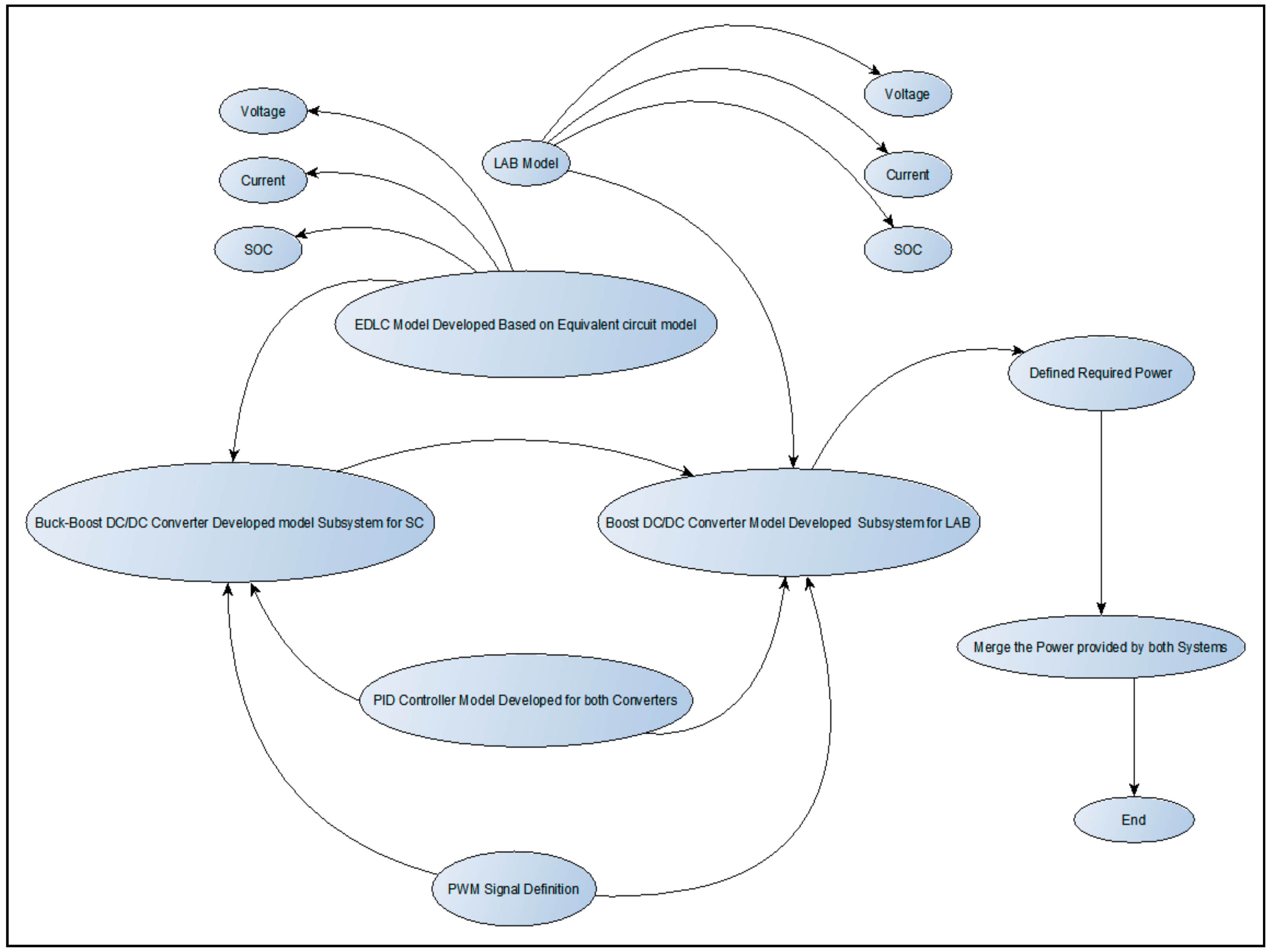 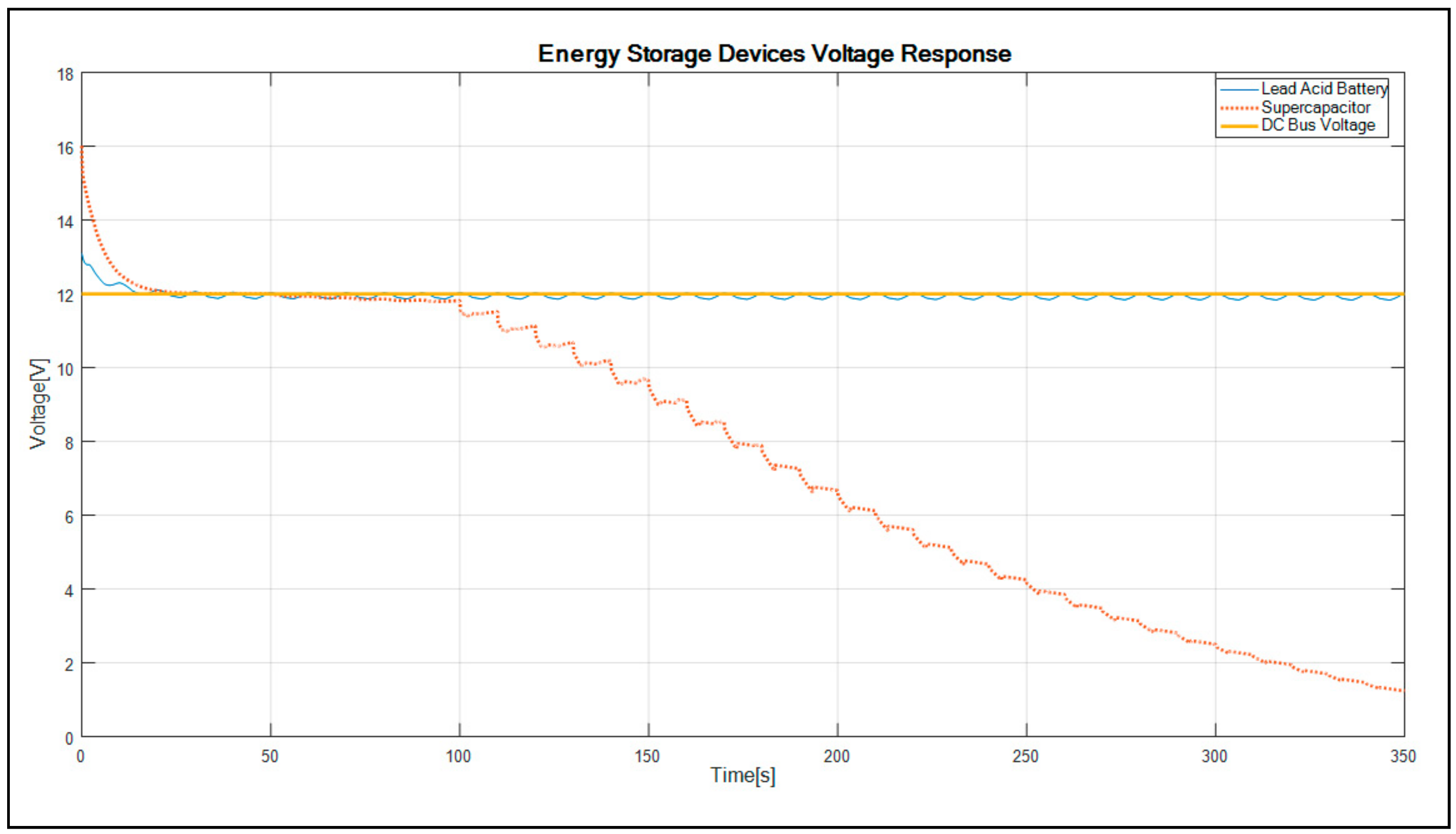 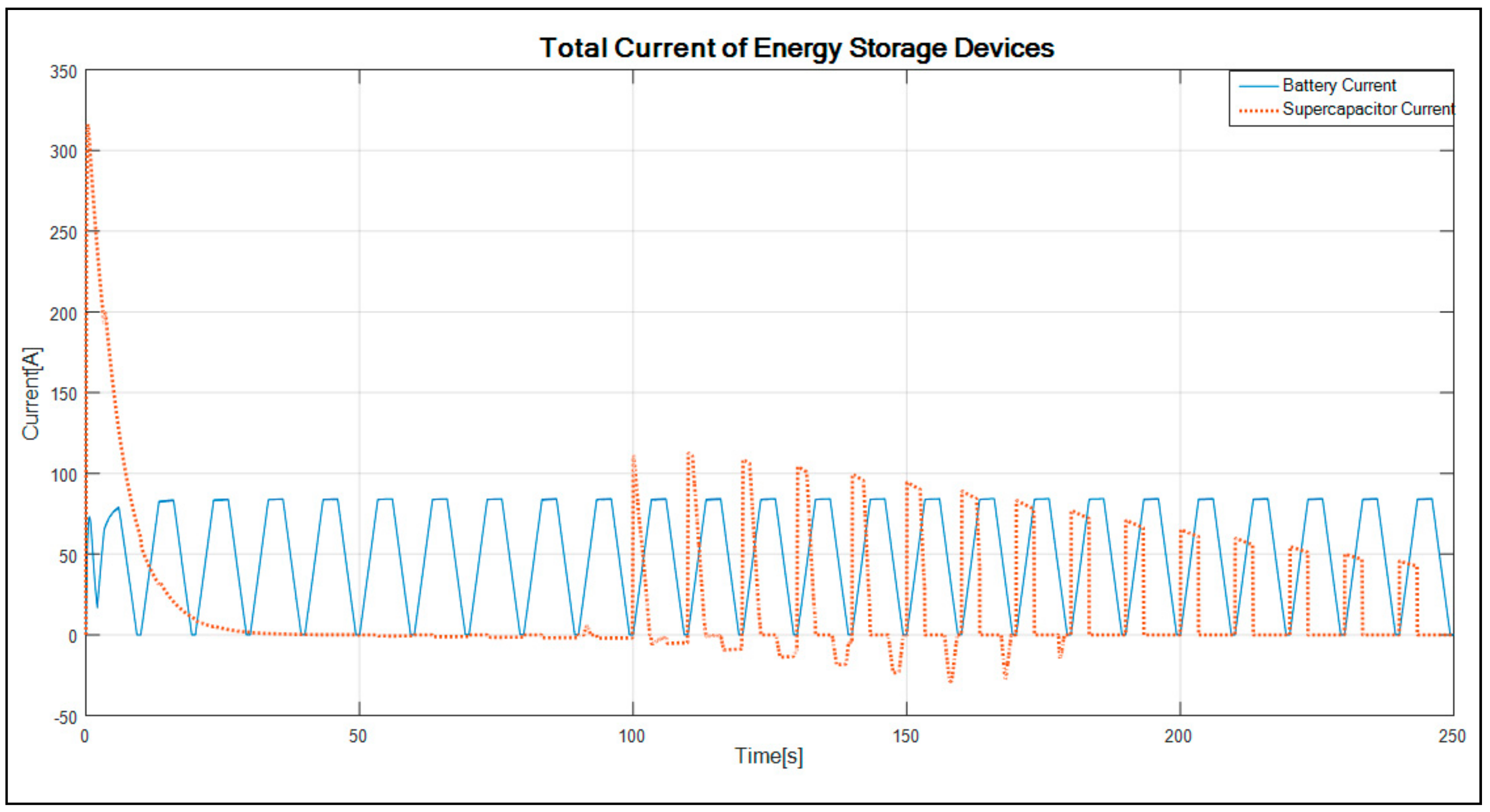 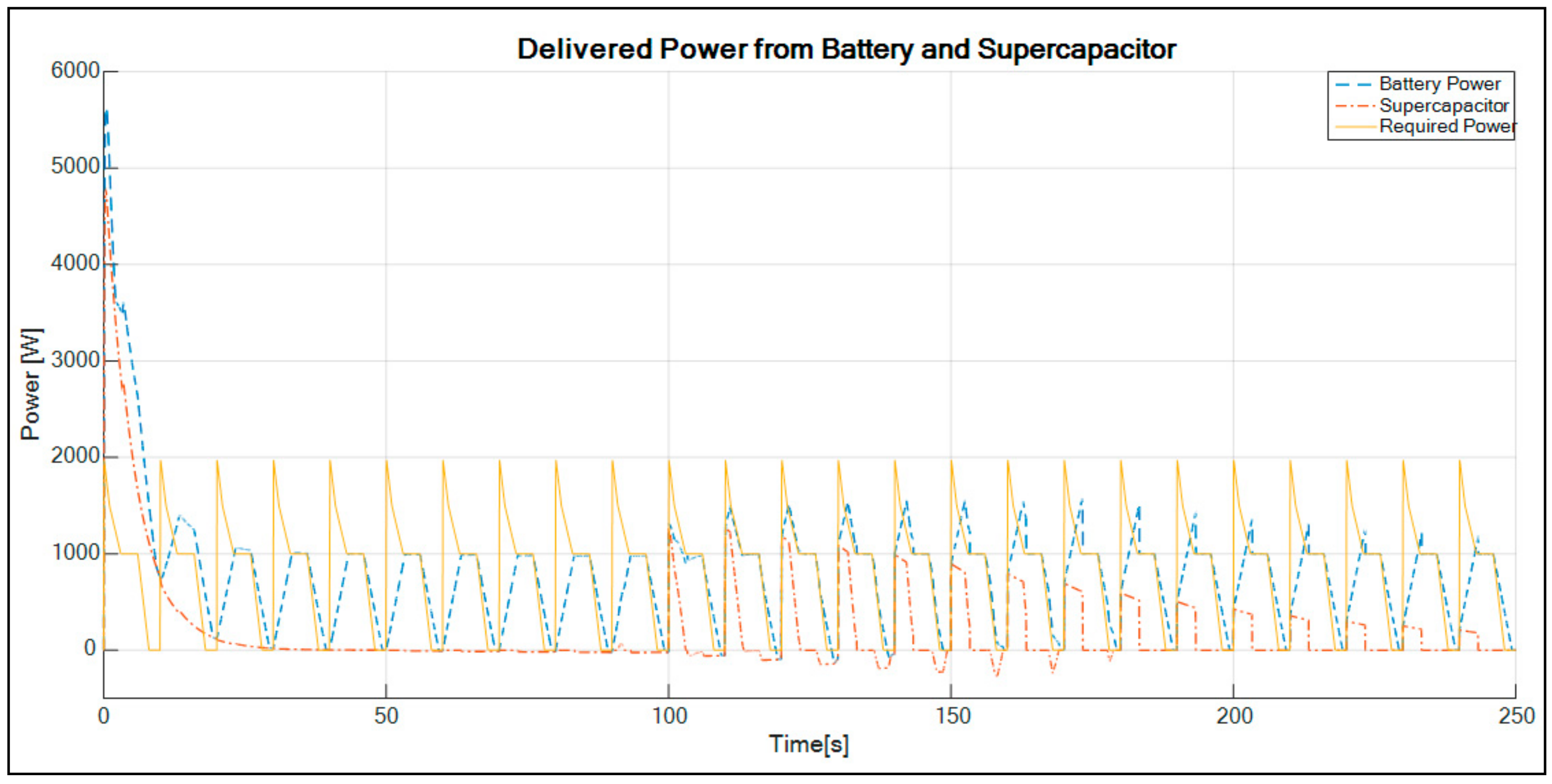 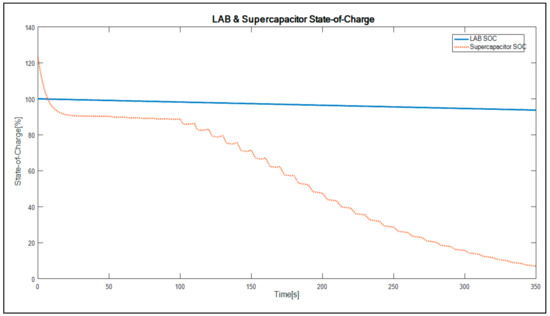