Background: We investigated the effects of three different interventions on academic performance in students enrolled in the first year of high school. Methods: This was a cluster randomised controlled trial conducted with 1200 students enrolled in the first year of high school. Schools were randomly assigned to: 1. Doubling physical education (PE) classes (3:20 h of PE/week); 2. workshop with the PE teachers; 3. workshop with the PE teachers and doubling the PE classes; and 4. control group (1:40 h of PE/week). We assured that the schools within the groups were equal regarding: The structural condition of the sports court; number of PE teachers; number of school classes; and the average number of students per classroom. Results: Overall, the intervention was not effective in improving the students’ academic performance. However, the subgroup analysis showed that the workshop intervention group increased the academic performance of students who had failed an academic year (from 16 years of age), compared to their peers in the doubling the PE classes (1.3 points on average) and the control groups (1.4 points on average). Conclusions: Enhancing the pedagogical skills of the teachers is a promising approach in improving the academic performance of students who failed an academic year.
Keywords: adolescent; physical activity; intervention study adolescent; physical activity; intervention study

This was a cluster randomised controlled trial, part of the SACODE Project, which was an intervention in physical education classes to reduce sedentary behaviour and improve cognitive function. A total of eleven high schools were in the vale do Capibaribe region in the Pernambuco state in Brazil, and all were eligible for participating in the study. The protocol was approved by the Human Research Ethics Committee of the University of Pernambuco (protocol no. 55741016.0.0000.5207) and registered in the Brazilian Clinical trial registry: RBR-88tgky.

A researcher randomly assigned schools ensuring that groups would be equal in regards to: (1) The structural condition of the sports court (covered or uncovered); (2) number of PE teachers; (3) number of school classes; and (4) the average number of students per classroom. This categorisation resulted in three homogenous groupings of schools based on the aforementioned criteria, which is illustrated in Figure 1. After grouping the schools, we randomly assigned schools within each grouping to the following groups: Control group, doubling PE classes; workshop with the PE teachers; and workshop with PE teachers + doubling PE classes (Figure 1).

All the 1474 students enrolled in the first year of high school were invited to participate. At the baseline, 1296 students (572 boys and 724 girls) who have returned the informed consent signed by their parents/guardians were included in the SACODE Project. However, after baseline measures, one school that should have doubled the amount of PE classes did not agree to implement the intervention and was excluded from this study. Therefore, 96 students who were enrolled in this school were excluded. Figure 2 presents a flowchart containing information on the number of adolescents with complete data in each step of the study.

The intervention was implemented between April and October. However, the students were on holidays in July, resulting in six months of intervention. Schools that doubled the PE classes augmented from two classes to four classes per week, increasing from 1:40 h of PE classes to 3:20 h of PE classes per week for four months. The workshop with the PE teachers consisted of five lectures, lasting 4 h on average. Each workshop was structured to present pedagogical and health-related topics to the PE teachers. After the five workshops, an additional session took place to receive feedback on the teachers’ experiences regarding the implementation and development of the contents in the PE classes. Table 1 describes the subjects introduced in each of the five workshops. In summary, the research team decided on the most relevant pedagogical and health-related topics for the workshops with the PE teachers. The third intervention group (workshop + doubling PE classes) implemented the same protocol described in the two abovementioned intervention groups. Schools in the control group maintained their habitual routine regarding their PE classes, which consisted of 1:40 PE h per week. Figure 3 presents a detailed description of the timeline of the intervention and measurements.

Only the variables included in the present study will be detailed in this manuscript. Baseline data were collected during March and April in 2017 (summer and autumn). The postintervention measures occurred between October and December in 2017 (spring and summer). All the measures were performed by a trained group of researchers that consisted of Master’s and PhD students and PhDs from the University of Pernambuco.

This study was financed in part by the Coordenação de Aperfeiçoamento de Pessoal de Nível Superior—Brasil (CAPES: 1900/2017). It was also supported by the Conselho Nacional de Desenvolvimento Científico e Tecnológico—Brasil (CNPQ: APQ 428203/2016-7), and Fundação de Amparo à Ciência e Tecnologia do Estado de Pernambuco (FACEPE: BCT 0233-4.09/17 and BFP 0029-4.09/16). The funders had no role in any aspect of the study beyond funding.

We would like to thank the municipalities, school staff, participants, and their families involved in this project. Open Access Funding by the University of Graz.

The authors report no conflict of interest.

The dataset related to this manuscript can be made available under a reasonable request. 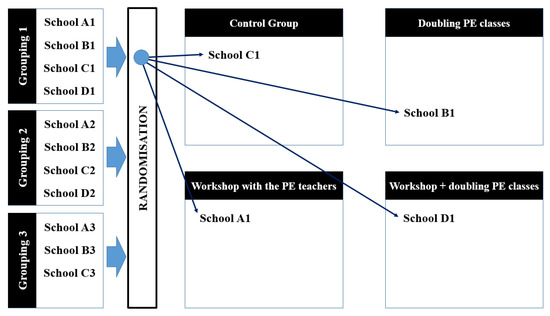 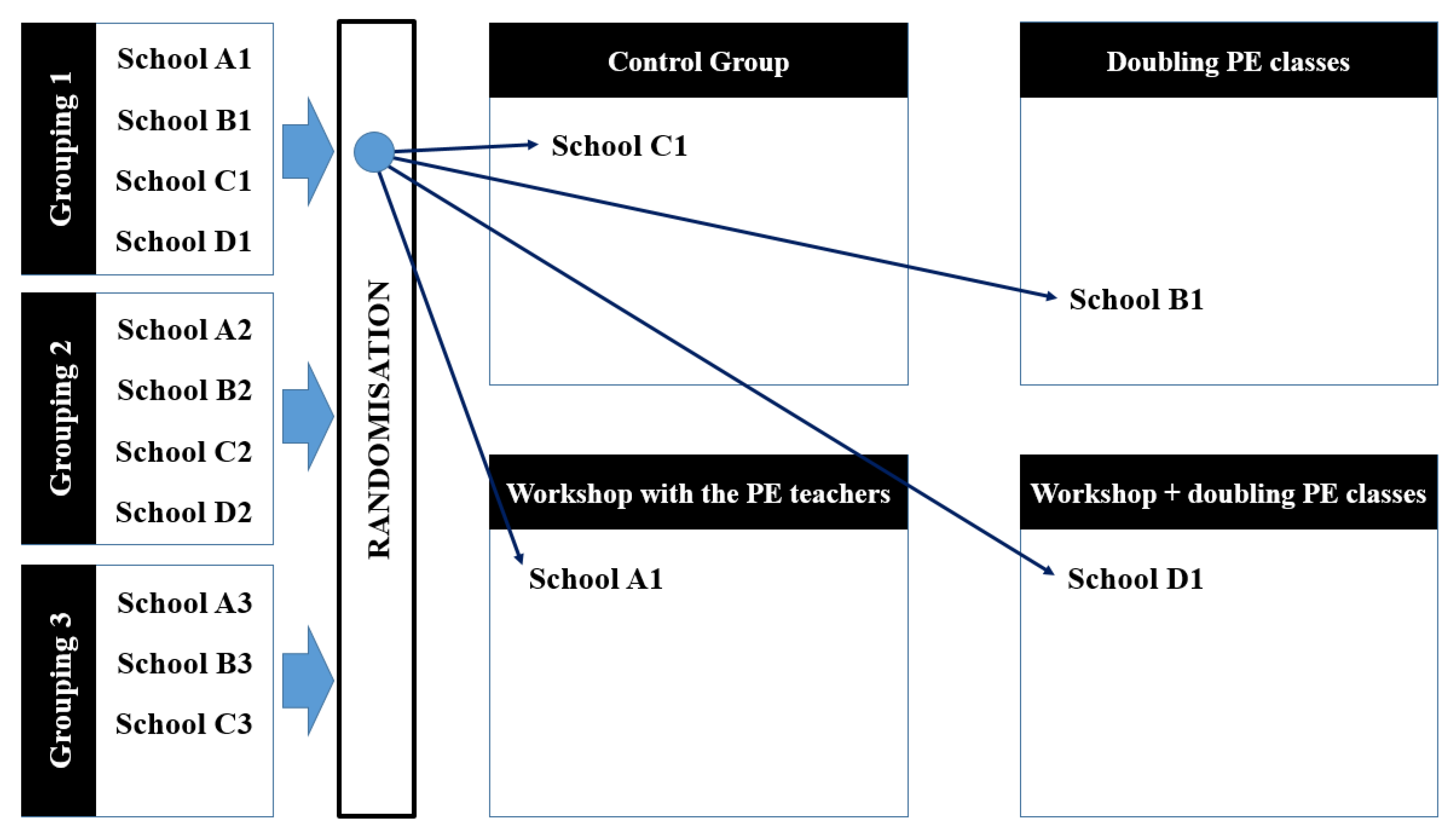 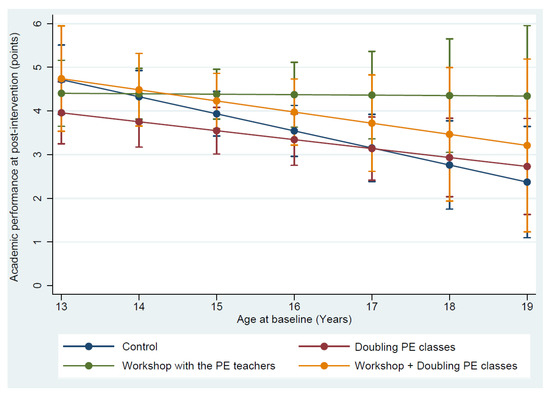 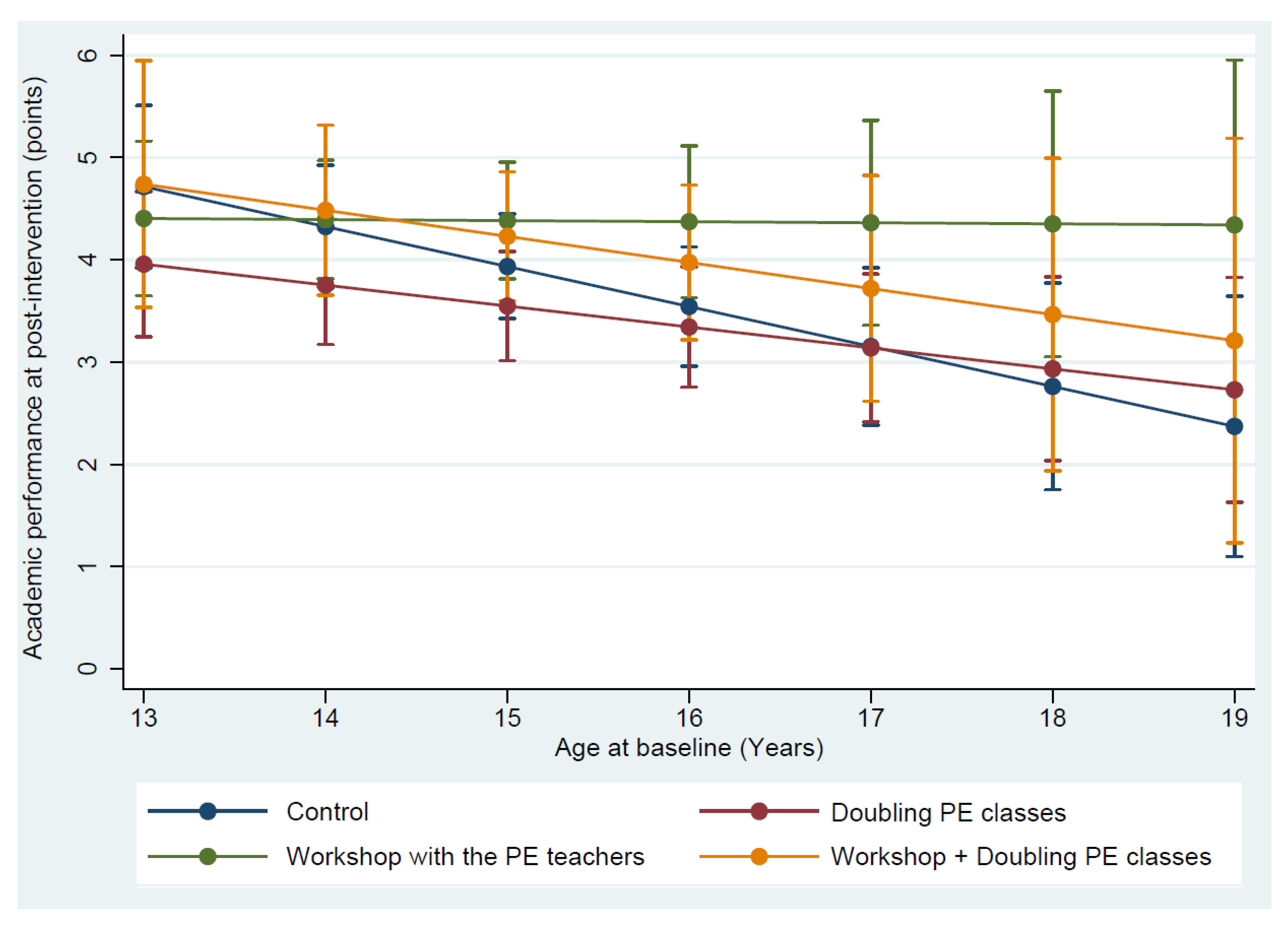