Characteristics of a Novel Manganese Superoxide Dismutase of a Hadal Sea Cucumber (Paelopatides sp.) from the Mariana Trench

Seaweeds are of significant interest in the food, pharmaceutical, and agricultural industries as they contain several commercially relevant bioactive compounds. Current extraction methods for macroalgal-derived metabolites are, however, problematic due to the complexity of the algal cell wall which hinders extraction efficiencies. The use of advanced extraction methods, such as enzyme-assisted extraction (EAE), which involve the application of commercial algal cell wall degrading enzymes to hydrolyze the cell wall carbohydrate network, are becoming more popular. Ascophyllum nodosum samples were collected from the Irish coast and incubated in artificial seawater for six weeks at three different temperatures (18 °C, 25 °C, and 30 °C) to induce decay. Microbial communities associated with the intact and decaying macroalga were examined using Illumina sequencing and culture-dependent approaches, including the novel ichip device. The bacterial populations associated with the seaweed were observed to change markedly upon decay. Over 800 bacterial isolates cultured from the macroalga were screened for the production of algal cell wall polysaccharidases and a range of species which displayed multiple hydrolytic enzyme activities were identified. Extracts from these enzyme-active bacterial isolates were then used in EAE of phenolics from Fucus vesiculosus and were shown to be more efficient than commercial enzyme preparations in their extraction efficiencies. View Full-Text
Keywords: Ascophyllum nodosum; algal cell wall degrading enzymes; enzyme-assisted extraction; ichip device Ascophyllum nodosum; algal cell wall degrading enzymes; enzyme-assisted extraction; ichip device
►▼ Show Figures 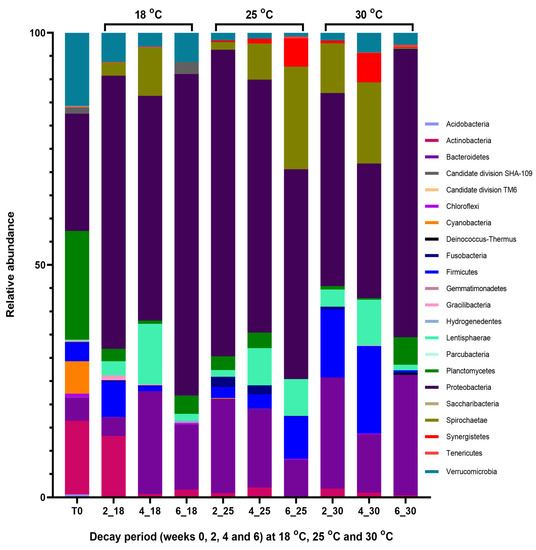