AeroSpec sensors were used to evaluate the effectiveness of space filtration units, as well as extra-oral suction devices. Table 1 includes the naming of all devices and equipment used in the study.

To evaluate the persistence of dental aerosols during the operation and effectiveness of EOSD, 14 AeroSpec devices were placed in an operatory located in a high-traffic educational dental clinic at different heights (shown in Figure 5). Four of the devices were placed in the hallway located between operatories C8 and D8 (shown in Figure 6). The sensor labeled AS4 was attached close to the dentist’s breathing area to measure the exact amount of personal exposure associated with different activities and dental procedures.
Dentists performed regular restoration and cleaning activities while the sensor network gathered data, as shown in Figure 6. All particles greater than 0.3 µm in size were captured by the sensors and displayed every 10 s in real-time. Table 2 presents a list of events during the procedure that could have affected the area of interest. The two most effective events were Event Number Two (i.e., when the dentist began the tooth-drilling portion of the procedure) and Event Number Four (i.e., when the EOSD machine was turned to high in cubicle D8). The data collected during the cleaning procedure in cubicle C8 have been omitted due to the short window of aerosol generation available during the monitoring session.

The results gathered from analyzing the HEPA filter are shown in Figure 7. While the sensor placed on the floor (AS3) and the nearby trashcan (AS13) show consistent results, a drop of approximately 500 in particulate count of Dp>0.3 is observed by the sensor placed next to the unit (AS8), where following the fan when turned to low speed, particle concentration doubles. Alternatively, a drop in concentration is witnessed when the fan is placed on high, and an even further reduction is observed once the fan is placed on max speed. However, the overall particle concentration reduction is minimal, caused by the unit’s fan circulating the surrounding air. Upon further observation of the Surgically Clean Air Jade air purifier [36], it was noticed that the HEPA filter was not correctly sealed, causing particles to escape. As the fan’s flow rate starts to increase, the particle concentration begins to drop in response due to a higher rate of dissipation.
Figure 8 highlights the particle concentration data measured by AS4, AS3, and AS1 devices. The dental personnel wore sensor AS4. Sensor AS3 was placed closest to the patient’s mouth, and AS1 was placed in the hallway. The goal of the analysis is to evaluate the effectiveness of the existing intervention strategies during the COVID-19 pandemic. The main objective was to look for high exposures around the patient and physician’s breathing zones (the peaks shown in red circles in Figure 7), as well as the potential of contaminating surrounding operatories. The results demonstrated that the EOSD units are somewhat effective around the patient’s mouth and the dental personnel’s breathing zone (reduced hazardous peaks once EOSD is turned on).
To calculate the total change in particle concentration before and after running the EOSD, the total number of particles produced was calculated (shown in (1)) from sensors AS1 (hallway), AS3 (patient), and AS4 (physician): where is the total number of particles produced by the drilling procedure, ti is the time when the drilling procedure started (2:12 PM), and tf is when the procedure ended (2:35 PM). Sensor AS1 lowered to an average of 357 particles, with sensors AS3 and AS4 reporting an average of 409 and 394 particles. This shows a percentage decrease of 16.4%, 12%, and 21.5% for AS1, AS3, and AS4, respectively. The total average reduction was 16.6% in particle concentration after approximately five minutes of EOSD use: where d represents the percentage decrease, with and representing the concentration before and after the EOSD was implemented, respectively, in (2).
The data gathered while investigating the EOSD unit showed that the drilling procedures produced an average of 465 particles with sensors AS1 (hallway), AS3 (patient), and AS4 (physician), recording an average of 427, 465, and 503 particles, respectively. For the five minutes the EOSD was run, the average particle concentration decreased to around 387 particles.
While the average concentration of aerosols was low in the observed dental operatories, personnel-based PM sensors did document high levels of individual exposure, demonstrating the need for updated intervention strategies to negate the effects of possibly harmful aerosols. Figure 10 illustrates a 3D visualization of evaluated particulate distributions at varying levels in dental practice. The addition of this visualization tactic would support new intervention strategies, such as adopting external air filtration systems at their respective optimal heights.

Further research will demonstrate how AeroSpec sensors monitor aerosols’ generation and evaluate the effectiveness of intervention strategies used during dental procedures. This study’s limitation was the short sampling time, creating a need to conduct aerosol monitoring for a more extended period of time within the dental setting. Recording a more extended period of EOSD and air purifying units is suggested to further validate them as an existing mitigation technique. Analyzing for dead zones—areas where particles may get trapped—and areas such as waiting rooms or hallways to be monitored for high concentration can help indicate if additional areas need intervention strategies. Future studies, alongside this one, will provide the dental community with the tools necessary to determine a standardized intervention strategy to address infectious aerosol persistence in dental clinics.

The objective of this study was to evaluate the effectiveness of existing aerosol distribution intervention strategies using AeroSpec monitoring systems. Current approaches applied by dental clinics lack evidence to support their efficacy in reducing aerosols. The methodology presented in this paper provides real-time aerosol distribution in 3D, which is used to determine effective interventions in aerosol evacuation during dental procedures.
The data collected from this study found a slight reduction in particle count when EOSD units were turned on. However, the study showed that dental personnel are at the highest risk when performing high-aerosolizing procedures. In addition, an increased number of particle concentrations traveled across the hallway into other operatories, putting other patients and dental personnel at risk.
With the restrictions imposed due to the ongoing COVID-19 pandemic, the inaccuracy and drift tendencies of currently available methodologies make evaluating the efficiency of mitigation techniques challenging. Understanding how dental fields can reduce the spread of particles from high aerosol-generating procedures will further protect technicians and clients of any given facility.

This research was funded by the CoMotion Director’s Award from the University of Washington.

The study was conducted by consulting University of Washington’s Institutional Review Board (IRB) team. It was concluded that no IRB approvals are required to conduct the study.

The data presented in this study are available on request from the corresponding author. The data are not publicly available due to privacy.

The authors thank Nhu Truong Robert A Rochlin, Nathan Hose, and Shirley Huang for their contributions to this study. 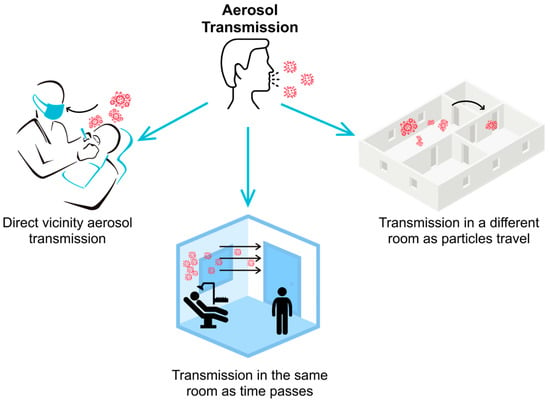 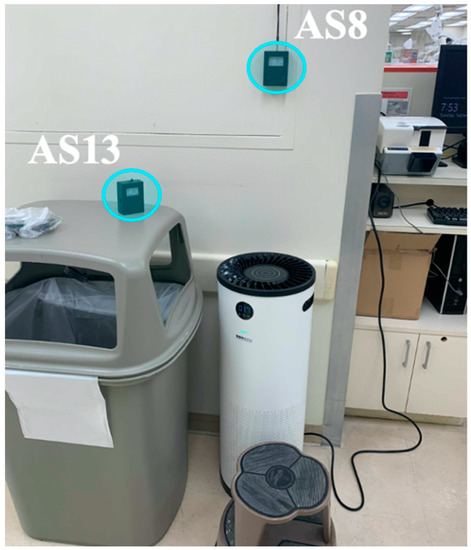 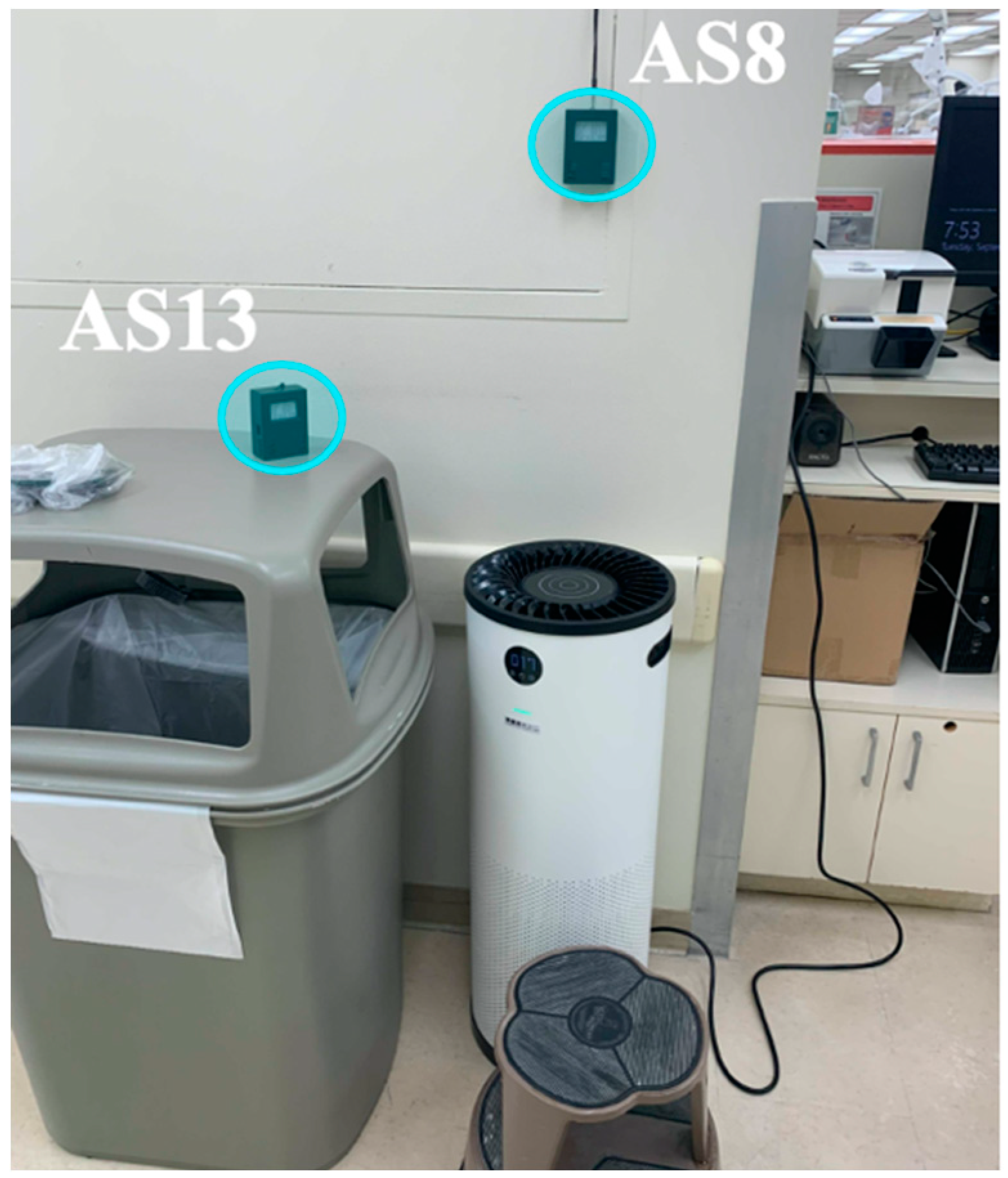 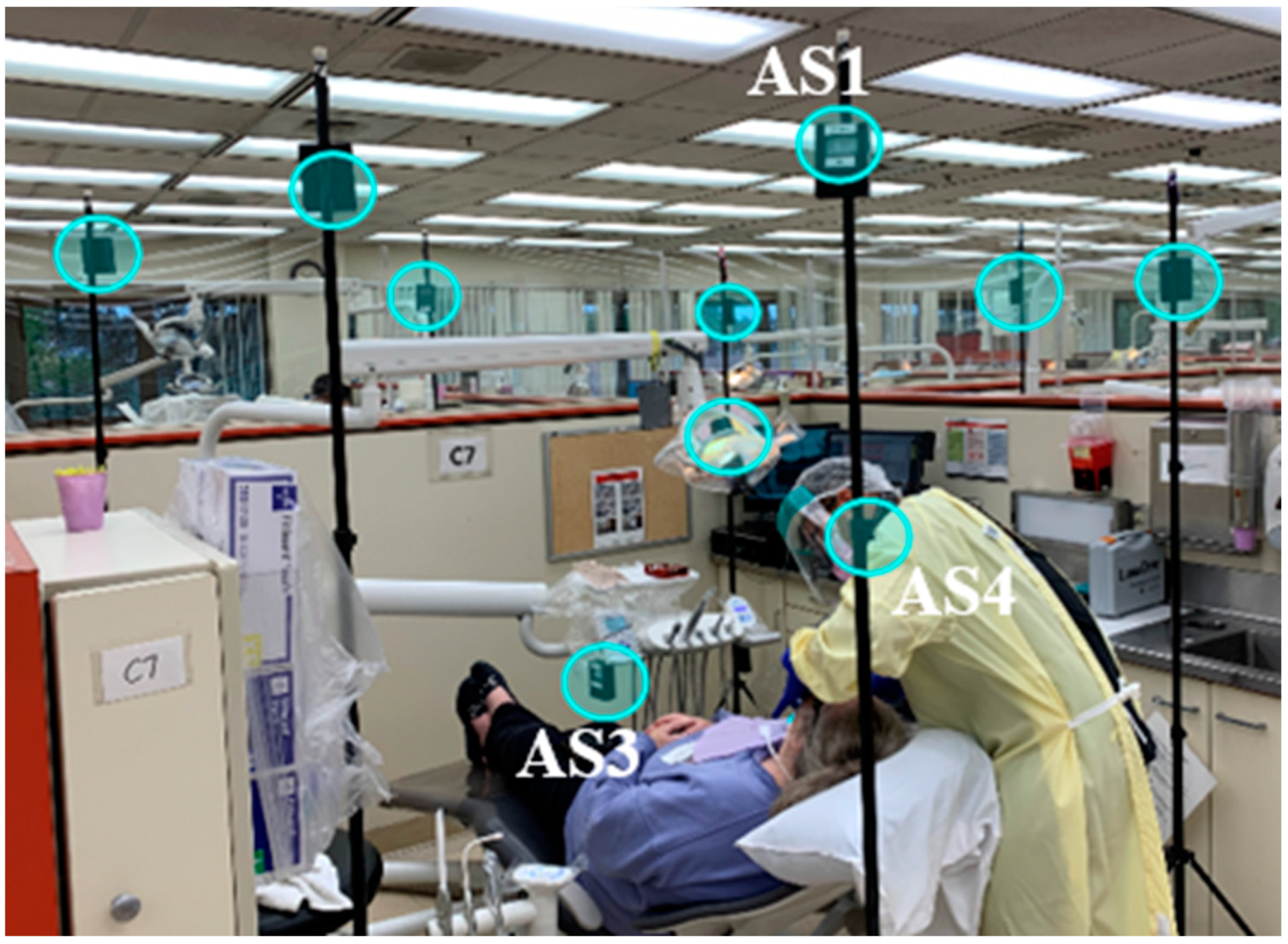 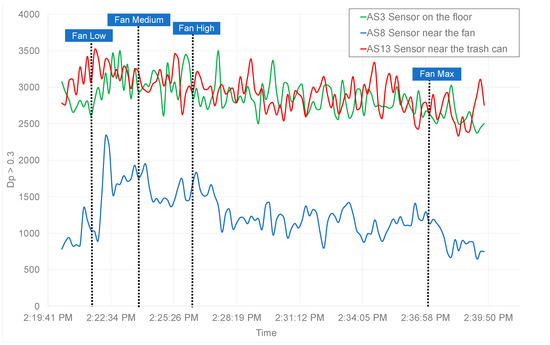 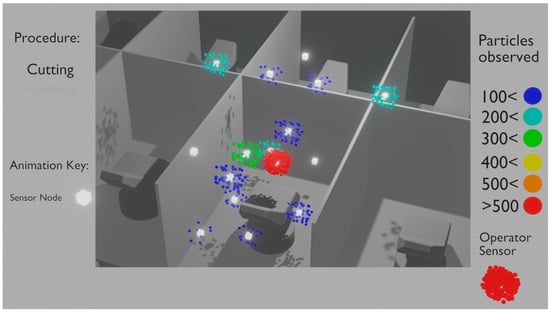 Table 2. Procedures in Cubicle D8.
Table 2. Procedures in Cubicle D8.
© 2021 by the authors. Licensee MDPI, Basel, Switzerland. This article is an open access article distributed under the terms and conditions of the Creative Commons Attribution (CC BY) license (https://creativecommons.org/licenses/by/4.0/).
We use cookies on our website to ensure you get the best experience. Read more about our cookies here.
Accept
We have just recently launched a new version of our website. Help us to further improve by taking part in this short 5 minute survey here. here.
Never show this again