Wireless multimedia sensor networks (WMSNs) are capable of collecting multimedia events, such as traffic accidents and wildlife tracking, as well as scalar data. As a result, WMSNs are receiving a great deal of attention both from industry and academic communities. However, multimedia applications tend to generate high volume network traffic, which results in very high energy consumption. As energy is a prime resource in WMSN, an efficient routing algorithm that effectively deals with the dynamic topology of WMSN but also prolongs the lifetime of WMSN is required. To this end, we propose a routing algorithm that combines dynamic cluster formation, cluster head selection, and multipath routing formation for data communication to reduce energy consumption as well as routing overheads. The proposed algorithm uses a genetic algorithm (GA)-based meta-heuristic optimization to dynamically select the best path based on the cost function with the minimum distance and the least energy dissipation. We carried out an extensive performance analysis of the proposed algorithm and compared it with three other routing protocols. The results of the performance analysis showed that the proposed algorithm outperformed the three other routing protocols. View Full-Text
Keywords: WMSN; energy efficiency; GA; multipath; routing; network lifetime WMSN; energy efficiency; GA; multipath; routing; network lifetime
►▼ Show Figures 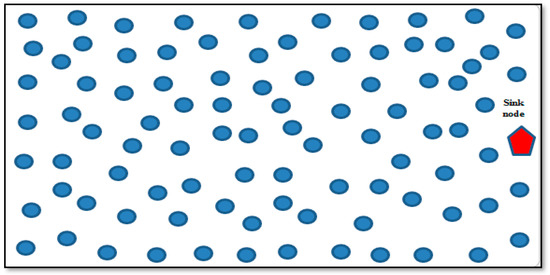