In this paper we report on how to increase the selectivity of gas sensors by using fluoropolymer membranes. The mass transport of polar and non-polar gases through a polymer membrane matrix was studied by systematic selection of polymers with different degrees of fluorination, as well as polymers whose monomers have ether groups (-O-) in addition to fluorine groups (-F). For the study, a set of application-relevant gases including H2, CO, CO2, NO2, methane, ethanol, acetone, and acetaldehyde as well as various concentrations of relative humidity were used. These gases have different functional groups and polarities, yet have a similar kinetic diameter and are therefore typically difficult to separate. The concentrations of the gases were chosen according to international indicative limit values (TWA, STEL). To measure the concentration in the feed and permeate, we used tin-dioxide-based metal oxide gas sensors with palladium catalyst (SnO2:Pd), catalytic sensors (also SnO2:Pd-based) and thermal conductivity sensors. This allows a close examination of the interdependence of diffusion and physicochemical operating principle of the sensor. Our goal is to increase the selectivity of gas sensors by using inexpensive fluoropolymer membranes. The measurements showed that through membranes with low polarity, preferably non-polar gases are transported. Furthermore, the degree of crystallization influences the permeability and selectivity of a polymer membrane. Basically the polar polymers showed a higher permeability to water vapor and polar substances than non-polar polymer membranes. View Full-Text
Keywords: gas sensor; fluoropolymer; membrane; selectivity gas sensor; fluoropolymer; membrane; selectivity
►▼ Show Figures 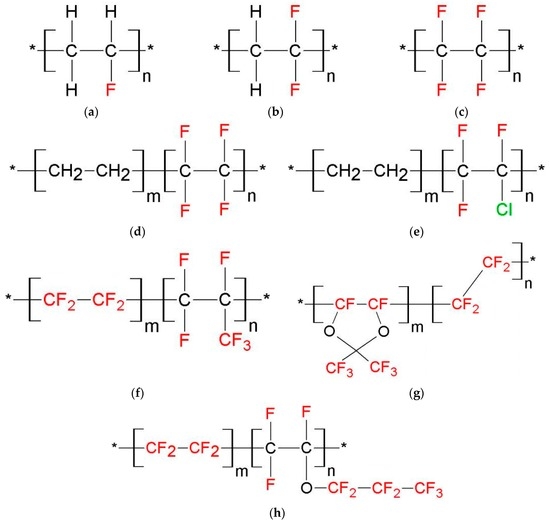