Genetic Diversity and Population Structure in a Vitis spp. Core Collection Investigated by SNP Markers
Next Article in Special Issue

Substratum collected during diving surveys of sublittoral communities off the Greek island of Rhodes (Dodecanese, South-East Aegean) in late 2015 was incubated in the laboratory. Among the emerging macroalgal germlings, there was the second-ever record and isolate of the small benthic multicellular alga Schizocladia ischiensis of the poorly known monotypic Schizocladiophyceae, the sister group of the brown algae (Phaeophyceae). Its nuclear ribosomal small subunit, Rubisco spacer (rbcL, psaA, and psbC sequences (in total 5237 bp)) were similar to those of the only previous isolate of the species from Ischia, western Mediterranean. Our new strain formed branched upright thalli attached to the substratum by an amorphous substance secreted at the bottom of the basal cell. It is possible that S. ischiensis is a common member of the infralittoral and circalittoral communities in the Mediterranean and generally overlooked because of its minute size. Germling emergence appears to represent the method of choice to reveal benthic algae of this small size. View Full-Text
Keywords: macroalgae; molecular-assisted identification; phytobenthos macroalgae; molecular-assisted identification; phytobenthos
►▼ Show Figures 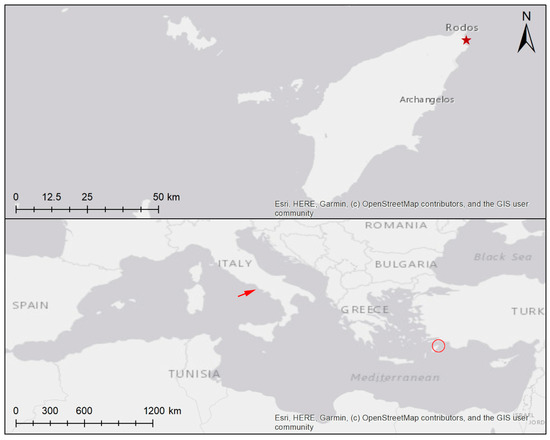