The Red Alien vs. the Blue Destructor: The Eradication of Cherax destructor by Procambarus clarkii in Latium (Central Italy)
Previous Article in Journal

Kenneth A. Moore
and

Global assessments of seagrass declines have documented accelerating rates of loss due to anthropogenic sediment and nutrient loadings, resulting in poor water quality. More recently, global temperature increases have emerged as additional major stressors. Seagrass changes in the Chesapeake Bay, USA provide important examples of not only the effects of human disturbance and climate forcing on seagrass loss, but also meadow recovery and resiliency. In the York River sub-tributary of the Chesapeake Bay, the meadows have been monitored intensively using annual aerial imagery, monthly transect surveys, and continuous water quality measurements. Here, Zostera marina has been demonstrating a shift in its historical growth patterns, with its biomass peaking earlier in the growing season and summer declines beginning earlier. We found an increasing trend in the length of the most stressful high temperature summer period, increasing by 22 days since 1950. Over the past 20 years, Z. marina’s abundance has exhibited periods of decline followed by recovery, with recovery years associated with greater spring water clarity and less time spent at water temperatures > 28 °C. Although human disturbance and climatic factors have been altering these seagrass meadows, resilience has been evident by an increase in reproductive output and regrowth from Z. marina seedlings following declines, as well as expansions of Ruppia maritima into areas previously dominated by Z. marina. View Full-Text
Keywords: seagrass; Zostera; Ruppia; climate; adaptations seagrass; Zostera; Ruppia; climate; adaptations
►▼ Show Figures 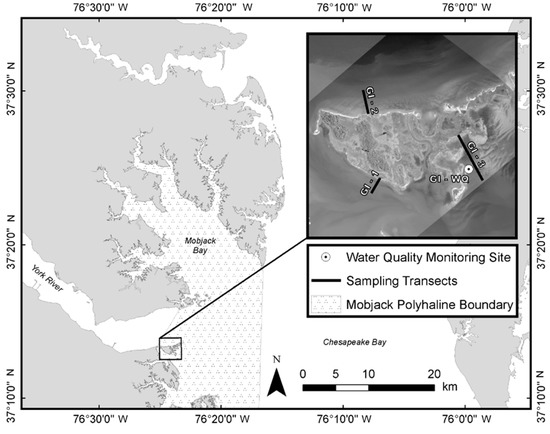