Organoids are becoming particularly popular in modeling diseases that are difficult to reproduce in animals, due to anatomical differences in the structure of a given organ. Thus, they are a bridge between the in vitro and in vivo models. Human midbrain is one of the structures that is currently being intensively reproduced in organoids for modeling Parkinson’s disease (PD). Thanks to three-dimensional (3D) architecture and the use of induced pluripotent stem cells (iPSCs) differentiation into organoids, it has been possible to recapitulate a complicated network of dopaminergic neurons. In this work, we present the first organoid model for an idiopathic form of PD. iPSCs were generated from peripheral blood mononuclear cells of healthy volunteers and patients with the idiopathic form of PD by transduction with Sendai viral vector. iPSCs were differentiated into a large multicellular organoid-like structure. The mature organoids displayed expression of neuronal early and late markers. Interestingly, we observed statistical differences in the expression levels of LIM homeobox transcription factor alpha (early) and tyrosine hydroxylase (late) markers between organoids from PD patient and healthy volunteer. The obtained results show immense potential for the application of 3D human organoids in studying the neurodegenerative disease and modeling cellular interactions within the human brain. View Full-Text
Keywords: organoid; Parkinson’s disease; iPS cells; 3D model; idiopathic; LMX1A; TH; FOXA2; PTX3 organoid; Parkinson’s disease; iPS cells; 3D model; idiopathic; LMX1A; TH; FOXA2; PTX3
►▼ Show Figures 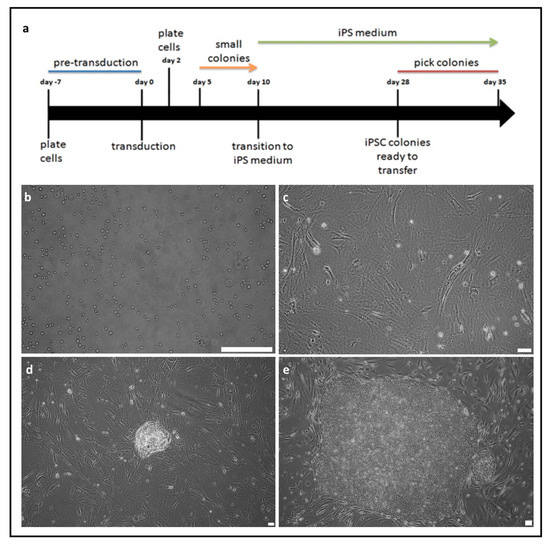