Copper is one of the most abundant basic transition metals in the human body. It takes part in oxygen metabolism, collagen synthesis, and skin pigmentation, maintaining the integrity of blood vessels, as well as in iron homeostasis, antioxidant defense, and neurotransmitter synthesis. It may also be involved in cell signaling and may participate in modulation of membrane receptor-ligand interactions, control of kinase and related phosphatase functions, as well as many cellular pathways. Its role is also important in controlling gene expression in the nucleus. In the nervous system in particular, copper is involved in myelination, and by modulating synaptic activity as well as excitotoxic cell death and signaling cascades induced by neurotrophic factors, copper is important for various neuronal functions. Current data suggest that both excess copper levels and copper deficiency can be harmful, and careful homeostatic control is important. This knowledge opens up an important new area for potential therapeutic interventions based on copper supplementation or removal in neurodegenerative diseases including Wilson’s disease (WD), Menkes disease (MD), Alzheimer’s disease (AD), Parkinson’s disease (PD), and others. However, much remains to be discovered, in particular, how to regulate copper homeostasis to prevent neurodegeneration, when to chelate copper, and when to supplement it. View Full-Text
Keywords: Alzheimer’s disease; astrocytes; copper; neurodegeneration; neurons; Parkinson’s disease; treatment; Wilson’s disease Alzheimer’s disease; astrocytes; copper; neurodegeneration; neurons; Parkinson’s disease; treatment; Wilson’s disease
►▼ Show Figures 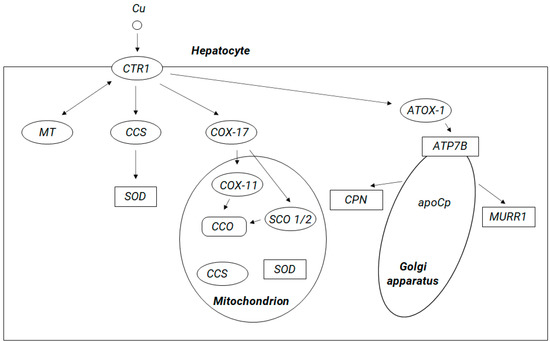