:
Cytokines and immune mediators play an important role in the communication between immune cells guiding their response to infectious diseases or cancer. In this study, a comprehensive longitudinal analysis of serum cytokines and immune mediators in head and neck squamous cell carcinoma (HNSCC) patients was performed. In a prospective, non-interventional, longitudinal study, blood samples from 22 HNSCC patients were taken at defined time points (TP) before, during, and every 3 months after completion of (chemo)radio)therapy (CRT/RT) until 12 months after treatment. Serum concentrations of 17 cytokines/immune mediators and High-Mobility-Group-Protein B1 (HMGB1) were measured by fluorescent bead array and ELISA. Concentrations of sFas were significantly elevated during and after CRT/RT, whereas perforin levels were significantly decreased after CRT/RT. Levels of MIP-1β and Granzyme B differed significantly during CRT/RT by HPV status. Increased HMGB1 levels were observed at recurrence, accompanied by high levels of IL-4 and IL-10. The sFas increase and simultaneous perforin decrease may indicate an impaired immune cell function during adjuvant radiotherapy. Increased levels of pro-inflammatory cytokines in HPV+ compared to HPV− patients seem to reflect the elevated immunogenicity of HPV-positive tumors. High levels of HMGB1 and anti-inflammatory cytokines at recurrence may be interpreted as a sign of immune evasion.
Keywords:
cytokines; head and neck cancer; human papillomavirus (HPV); longitudinal study; Fas; perforin; High-Mobility-Group-Protein B1(HMGB1); tumor immune evasion; inflammation

Head and neck squamous cell carcinoma (HNSCC) is diagnosed in almost 900,000 cases worldwide resulting in approximately 450,000 cancer deaths per year [1]. The curative treatment of locoregionally advanced HNSCC according to international guidelines is either surgery followed by risk-adapted adjuvant (chemo)radiotherapy (RT) or definitive chemoradiotherapy (CRT) [2]. A subgroup of HNSCC, typically oropharyngeal squamous cell carcinoma, can be attributed to high-risk human papillomaviruses (HPV) [3,4]. HPV-16 is the virus type found most frequently in those tumors. In comparison to HPV-negative patients, patients with HPV-positive tumors have a better prognosis, regardless of the type of conventional curative treatment [5,6,7]. The abundance of tumor-infiltrating lymphocytes is independently associated with improved survival. However, in HPV-positive tumors these immune infiltrates are generally denser than in HPV-negative tumors indicating a “hot” tumor immune microenvironment [8,9,10,11,12]. Further, the presence of HPV-specific immune cells in the tumor microenvironment is associated with a good prognosis [13]. In summary, HPV-positive tumors are characterized by a pronounced immune response which also results in high expression of interferon-gamma (IFN-γ) associated gene expression, the so-called IFN-γ signature [14].
Published studies investigating cytokine expression in HNSCC were mostly focused on the differences between healthy controls and patients with HNSCC [15,16,17] or in vitro studies of cytokine expression by HNSCC cell lines [18,19]. We have previously analyzed the effects of photodynamic therapy on peripheral cytokine concentrations [20]. To date, only one study investigated the effects of curative conventional therapy [21]. In that study, the impact of HPV-status on the cytokine profiles was not assessed and the majority of patients were treated non-surgically.
Here we present a prospective, longitudinal immune monitoring study of peripheral cytokine levels and pro-apoptotic immune mediators—henceforth addressed as immune mediators—during curative treatment of HNSCC, with a special focus on HPV-associated differences.

The study included 22 HNSCC patients prospectively observed within a longitudinal clinical study of curative conventional treatment. The American Joint Committee on Cancer (AJCC) cancer staging manual version 7 was used. Detailed patient characteristics are provided in Table 1. Among the 22 patients in this study, 14 patients were HPV negative and 7 patients with an oropharyngeal primary were HPV positive. For one patient HPV status was missing. In accordance with oncologic guidelines, 18 patients underwent surgery as first-line treatment. Three of those patients (17%) had no indication for adjuvant treatment and two (11%) declined adjuvant treatment. Eight patients received adjuvant RT (44%) and 5 patients adjuvant CRT (28%). Four patients were treated with primary CRT.
The sample collection scheme for serum and plasma samples is depicted in Figure 1. Out of the 238 planned serum samples, 192 (81%) were available. Fifteen patients (68%) had 8 or more available samples. Reasons for missing samples were withdrawal from longitudinal sample collection during treatment (n = 3), treatment complications (n = 3), change of Tumor Node Metastasis classification (TNM) after surgical therapy voiding the need of adjuvant RT (n = 2), or decline of adjuvant treatment (n = 2) and an unreported prior malignancy (n = 1).

2.3. Increased Serum MIP-1β (CCL4) and Granzyme B in HPV-Positive Patients during Treatment

To understand the effect of HPV status on the cytokine and immune mediator levels, these were measured at the defined time points between HPV-positive and HPV-negative HNSCC patients (Figure 3). Most of the cytokines, especially immune-stimulatory and pro-apoptotic agents, showed increased median serum levels in HPV-positive patients during adjuvant therapy when compared to HPV-negative patients. In particular, a significant increase was observed for MIP-1β serum concentration at time points 3, 4, 5, and 6 (p = 0.009, p = 0.007, p = 0.026, and p = 0.021, respectively), and a short-term increase for Granzyme B serum levels at time point 3 (p = 0.01).
Whereas median Perforin levels showed a tendency to lower values in HPV-positive patients, IFN-γ, GMCSF, sFas, sFasL, TNFα, MIP-1α (CCL3) and IL-2 tended to increased median serum levels in HPV-positive patients during radiotherapy. Notably, time point 4 in the middle of radiotherapy indicates clear peaks for cytokines such as IFN-γ, GMCSF, sFas, sFasL, IL-2, IL-4 which is in accordance with the most significant change of MIP-1β at TP4.

2.4. Stronger Cytokine and Immune Mediator Level Correlation in HPV-Positive than in HPV-Negative Patients

2.5. Increase in Plasma HMGB1 at Time point of Recurrence

This study was performed as part of the IRECT study (Immune Response Evaluation to curative Conventional Therapy, NCT03053661). The acquisition of blood samples and clinical data was approved by the Ulm University ethics committee on 30 July 2013 (222/13) and all patients provided informed consent.

In this prospective, non-interventional, longitudinal study 22 newly diagnosed, histologically confirmed HNSCC patients between August 2013 and April 2015, were treated in a curative setting with either primary surgical therapy with risk-adapted adjuvant (chemo)radiotherapy (RT) or definitive chemoradiotherapy (CRT) (Arm A: RT, Arm B: CRT, Figure 1). The recommendation for first-line therapy was based on the interdisciplinary tumor board for head and neck cancer at the Comprehensive Cancer Center Ulm according to international oncologic guidelines. An overview of patient characteristics is presented in Table 1. In order to obtain a comprehensive overview of serum cytokine levels during treatment, blood samples from the 22 HNSCC patients were taken at 10 (Arm A) or 11 (Arm B) defined time points before, during and every 3 months after completion of curative treatment until 12 months (Figure 1).

The TCGA RNA-Seq dataset of HNSCC was downloaded from http://xena.ucsc.edu/ on 5 February 2020. The values used were log2(tpm + 0.001). Clinical parameters were derived from TCGA annotations. Hypopharynx, lip, and undetermined cancers were excluded due to low sample numbers. HPV status was based on the alignment of RNA to the HPV genome as previously defined (>1000 HPV E6/E7 RNA reads) in 279 patients [40]. For the remaining oropharyngeal HNSCC, p16 immunohistochemistry or HPV in-situ hybridization was used for the classification as HPV-positive. Patients with lacking data to determine HPV-status were excluded. In total, data from 491 patients were available.

For the detection of HMGB1 plasma samples were used in an ELISA Kit (IBL international, #ST51011, Hamburg, Germany). The test was performed according to the manufacturer’s instructions. Optical density was measured in a TECAN infinite M200 Pro photometer at a wavelength of 450 nm.

Statistical analysis and data graphing were carried out with IBM SPSS Statistics (v. 26.0), GraphPad Prism (v. 8.4.3), and R (v. 4.0.0). Comparisons between time points were analyzed using Wilcoxon signed-rank test for related samples, and with Mann–Whitney U-test for independent samples. Multiple testing correction was performed using the method of Benjamini, Krieger, and Yekutieli [41] with q = 0.1. Pearson correlation analysis was performed in SPSS, and the visualization in R, using the package pheatmap (1.0.12). UMAP (Uniform Manifold Approximation and Projection) [42] clustering was performed using the package uwot (0.1.8), with the default parameters (except: n_neighbours = 10, and min_dist = 0.1). UMAP visualization was done with ggplot2 (3.3.2) and ggrepel (0.8.2).

Our findings suggest treatment-associated changes in the concentration of a T-cell related cytokine and immune mediator panel primarily for Perforin and sFas during radiotherapy potentially impairing immune cell functions. Additionally, in HPV-positive patients, higher levels of pro-inflammatory cytokines were measured in the serum during treatment. Our findings were validated in an independent dataset (TCGA) using RNA expression data. We found indications that HMGB1 or IL-4 could be used as relapse markers during patient monitoring, but further study is needed. However, the routine monitoring of peripheral cytokines and immune mediators seems not to be warranted due to unspecific effects and low specificity for the detection of recurrence.

Supplementary materials can be found at https://www.mdpi.com/1422-0067/21/17/5990/s1. Table S1. Cytokines and immune mediators overview. Figure S1. Medians of all cytokines and HMGB1 datapoints. Medians are displayed with the respective interquartile range of all available datapoints for the respective marker (all patients, all time points). The x-axis is separated into two sections and values are shown in pg/mL the x-axis. The dotted line is placed at 200 pg/mL indicating a narrow range of datapoints. Figure S2. Correlation matrix of all cytokines at all time points for the whole cohort. Pearson correlation coefficients between all cytokines and time points were graphed and hierarchical clustering was performed using Euclidian distance. Red represents a positive and blue a negative correlation. Cytokines were attributed to three groups: Purple = immune stimulatory cytokines, turquoise = immune inhibitory cytokines, green = pro-apoptotic immune mediators. Figure S3. Individual dynamics of inhibitory cytokines and HMGB1 in patients with recurrent disease. Values of (A) HMGB1 and (B) inhibitory cytokines IL-4, IL-10 and IL-13 are displayed longitudinally for five patients with recurrent disease. The time of recurrence is indicated by an arrow.

The results published here are in part based upon data generated by the TCGA Research Network: https://www.cancer.gov/tcga. We thank all patients who participated in the IRECT-trial and TCGA program. The authors thank Eve Currall for language proof-reading and editing. 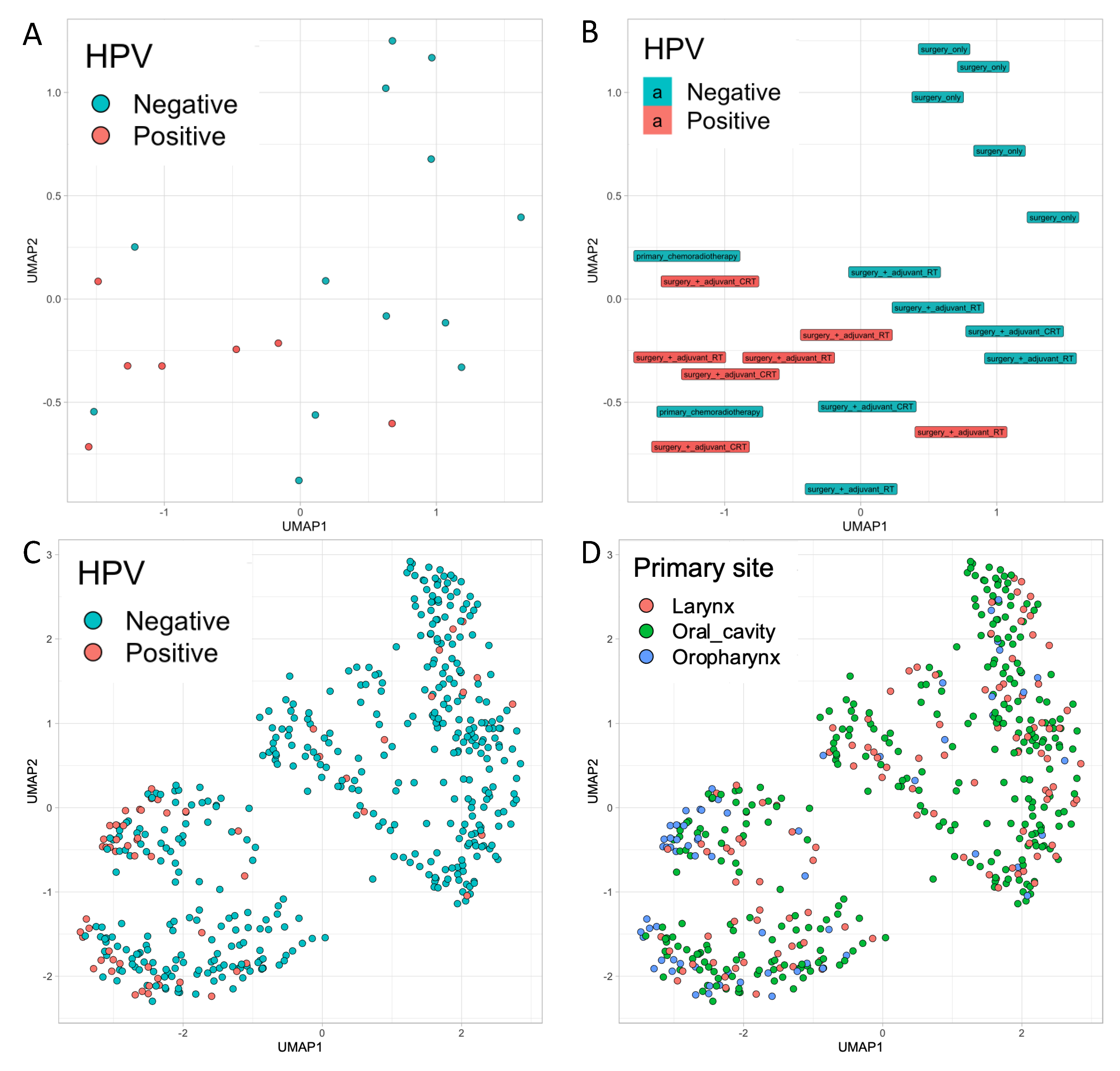