Vitamin B6 and Diabetes: Relationship and Molecular Mechanisms

Vitamin B6 is a cofactor for approximately 150 reactions that regulate the metabolism of glucose, lipids, amino acids, DNA, and neurotransmitters. In addition, it plays the role of antioxidant by counteracting the formation of reactive oxygen species (ROS) and advanced glycation end-products (AGEs). Epidemiological and experimental studies indicated an evident inverse association between vitamin B6 levels and diabetes, as well as a clear protective effect of vitamin B6 on diabetic complications. Interestingly, by exploring the mechanisms that govern the relationship between this vitamin and diabetes, vitamin B6 can be considered both a cause and effect of diabetes. This review aims to report the main evidence concerning the role of vitamin B6 in diabetes and to examine the underlying molecular and cellular mechanisms. In addition, the relationship between vitamin B6, genome integrity, and diabetes is examined. The protective role of this vitamin against diabetes and cancer is discussed. View Full-Text
Keywords: vitamin B6; diabetes; AGEs vitamin B6; diabetes; AGEs
►▼ Show Figures 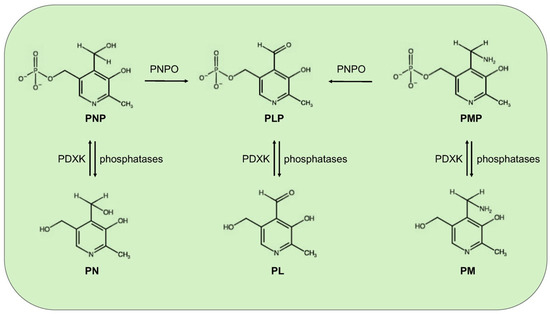