The Aryl Hydrocarbon Receptor and the Nervous System

The aryl hydrocarbon receptor (or AhR) is a cytoplasmic receptor of pollutants. It translocates into the nucleus upon binding to its ligands, and forms a heterodimer with ARNT (AhR nuclear translocator). The heterodimer is a transcription factor, which regulates the transcription of xenobiotic metabolizing enzymes. Expressed in many cells in vertebrates, it is mostly present in neuronal cell types in invertebrates, where it regulates dendritic morphology or feeding behavior. Surprisingly, few investigations have been conducted to unravel the function of the AhR in the central or peripheral nervous systems of vertebrates. In this review, we will present how the AhR regulates neural functions in both invertebrates and vertebrates as deduced mainly from the effects of xenobiotics. We will introduce some of the molecular mechanisms triggered by the well-known AhR ligand, 2,3,7,8-tetrachlorodibenzo-p-dioxin (TCDD), which impact on neuronal proliferation, differentiation, and survival. Finally, we will point out the common features found in mice that are exposed to pollutants, and in AhR knockout mice. View Full-Text
Keywords: AhR; nervous system; endocrine disruptor; TCDD; dioxin; neuron AhR; nervous system; endocrine disruptor; TCDD; dioxin; neuron
►▼ Show Figures 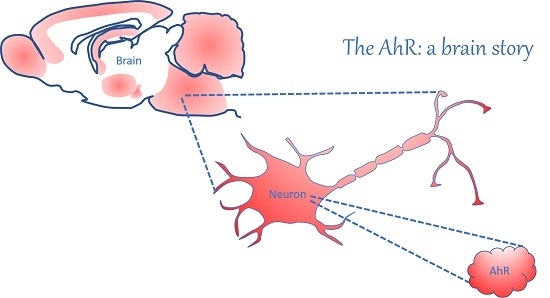