In Silico and In Vitro Analysis of Interaction between Ximelagatran and Human Leukocyte Antigen (HLA)-DRB1*07:01

Idiosyncratic drug toxicity (IDT) is a rare toxic drug reaction characterized by the delayed onset of symptoms, a dose- and duration-independent occurrence, and an unpredictable nature. It is often life-threatening and, thus, one of the major reasons for drug withdrawals or black box warnings Clinical investigations have proposed that the mechanisms of most IDTs are immune-mediated and there is a very strong association with specific human leukocyte antigen (HLA) genes for certain reactions [1].
Ximelagatran (Exanta®/Exarta®) is an orally-available anticoagulant agent that directly inhibits thrombin and was developed for the prevention and treatment of thromboembolism. Although ximelagatran was generally well tolerated in short-term use (<12 days), an elevated serum alanine aminotransferase (ALT) level of >3× upper limit of normal was found to develop during long-term treatment (>35 days) in 7.9% of patients [2]. Due to the concerns for its potential liver toxicity, the development of ximelagatran was terminated and it was withdrawn from the world market in 2006. A retrospective case-control pharmacogenetic study of ALT elevation during long-term treatment of ximelagatran revealed a strong genetic association between elevated ALT and the HLA alleles DRB1*07 and DQA1*02, suggesting a possible immune-mediated pathogenesis [3]. Furthermore, a competitive binding assay revealed that ximelagatran was able to inhibit the binding of the ligand peptide to HLA-DRB1*07:01, supporting the specific involvement of HLA-DRB1*07:01 in the idiosyncratic ximelagatran-induced hepatotoxicity [3].
In recent years, the mechanisms of immune stimulation by small molecules without involving covalent binding to macromolecules, such as the “pharmacological interaction with immune receptors” [4,5], and “altered self-repertoire” concepts [6], have been reported. There also have been several reports showing that small molecules can modify the antigen loading onto HLA molecules [5,6,7,8], and the interaction modes of some compounds with HLA molecules have been evaluated by in silico docking simulation [5], MD simulation [9], or X-ray crystalline structure analysis [6]. We previously reported that in vitro lapatinib enhances the binding of the ligand peptide to HLA-DRB1*07:01, which is strongly associated with lapatinib-induced liver injury, and MD simulations indicated the allele specific modification of the structure of the peptide binding groove of HLA-DRB1*07:01 by lapatinib [10]. Ximelagatran also showed idiosyncratic hepatotoxicity in clinical settings, which was strongly associated with the same HLA allele, DRB1*07:01. Interestingly, the same in vitro HLA class II binding assay conducted by EpiVax, Inc. (Providence, RI, USA), resulted in the opposite effects of two drugs on the binding of the same ligand peptide to HLA-DRB1*07:01 [3,10]. Therefore, in the present study, we evaluated the possible interaction modes of ximelagatran and its active metabolite, melagatran (Figure 1) with three HLA-DR molecules in silico to compare them with those of lapatinib. Furthermore, the amount of ximelagatran bound to HLA-DR molecules when it showed the inhibitory effect was evaluated in vitro by liquid chromatography tandem mass spectrometry (LC-MS/MS).

The interaction modes of ximelagatran or melagatran with HLA-DRB1*07:01 and control alleles DRB1*01:01 and DRB1*15:01, both of which are associated with IDTs caused by other drugs, were predicted by in silico docking stimulations. The binding affinities were judged by a scoring function of generalized-Born volume integral/weighted surface area (GBVI/WSA_dG), which is considered to express protein-ligand binding free energy [11]. The lowest GBVI/WSA_dG values (kcal/mol) of the complexes between ximelagatran or melagatran and the three HLA-DR molecules are shown in Table 1. These values are much lower than those of the complexes between HLA-B*14:02 and nevirapine-related compounds [12], and ones between HLA-B*58:01 and allopurinol-related compounds [13] simulated by the same software system, indicating ximelagatran and melagatran have high potential to interact with these HLA molecules. The binding modes of ximelagatran and melagatran at the peptide binding grooves of HLA-DRB1*01:01, DRB1*07:01, and DRB1*15:01 with the lowest GBVI/WSA_dG values in each complex are shown in Figure 2 and Figure 3, respectively. In the complex with HLA-DRB1*07:01, the oxime form of ximelagatran showed a higher binding affinity than the hydroxylamine form. Ximelagatran showed higher simulated binding affinities than melagatran for all three HLA-DR molecules.

The crystal structures of HLA-DRB1*01:01 (PDB ID: 3PDO) and HLA-DRB1*15:01 (PDB ID: 1BX2) deposited at the Protein Data Bank [16] were used. As the crystal structure of HLA-DRB1*07:01 is not currently available, the 3D structure of HLA-DRB1*07:01 was constructed by homology modeling using the software HLA-Modeler (Ryoka Systems Inc., Tokyo, Japan) [17] and by employing the crystal structure of HLA-DRA1*01:01/DRB5*01:01 (PDB ID: 1H15) as the template structure. The binding modes and affinities of ximelagatran and its active metabolite, melagatran, at the peptide binding groove of three HLA-DR molecules were obtained by ASEDock docking simulations [18]. The binding affinities were judged by a scoring function of GBVI/WSA_dG, which is considered to express protein-ligand binding free energy [11]. A software system MOE (molecular operating environment) [19] was used. Considering the possible oxime-hydroxylamine tautomerization of ximelagatran, docking simulations were performed for both tautomers.

MD simulations were carried out as described previously [10]. Briefly, each system was protonated at pH 7.4 and then solvated in a periodic rectangular box of TIP3P water with a 10 Å padding between the edge of the box and the nearest solute atom. Sodium ions were added to neutralize the system. The system was relaxed and then gradually heated to 300 K. The production simulations were performed in a canonical NVT ensemble, which simply ensured that the system maintained constant temperature and volume. An integration time step of 4 fs was used. The “representative structure” of each simulation was selected as the conformation that was the most representative of the conformations assumed over the final 1000 frames of the simulation [10]. A peptide derived from tetanus toxoid (TT 830-844; QYIKANSKFIGITEL) was used as the ligand peptide for HLA-DRB1*07:01. The structure of the TT peptide was obtained through homology modeling. Since there were no suitable PDB structures for the TT peptide, the peptide structure was created de novo using the Molefacture Protein Builder utility in the VMD software [20]. A series of peptide registration frames was considered as the starting position. The most likely peptide binding registration was selected according to the energetic stability, contact with α and β chains, and the EpiMatrix predicted registration. Based on these analyses, frame 3 was chosen for the TT peptide. The MD simulation of the ximelagatran-bound HLA molecule in the absence (dimer) and presence (trimer) of the TT peptide was 5 ns long.

The binding assay was conducted as previously reported with minor modifications [21]. Briefly, soluble HLA-DR molecules (1600 ng/mL) provided by Benaroya Research Institute (Seattle, WA, USA) were incubated in quadruplicate with 1000 μM of ximelagatran and biotinylated control ligand peptides (influenza virus haemagglutinin 306–318: PRYVKQNTLKLAT for HLA-DRB1*01:01, TT 830-844 for HLA-DRB1*07:01 and myelin basic protein 94-112: NPVVHFFKNIVTPRTPPPS for HLA-DRB1*15:01) for 48 h at 37 °C to reach equilibrium. HLA-peptide complexes were then captured on a 96-well plate coated with L243 anti-HLA-DR antibody (BioLegend, San Diego, CA, USA, #307602). The plates were washed and incubated with Europium-labeled streptavidin (Perkin-Elmer, Waltham, MA, USA, #1244-360) for one hour at room temperature. The plates were washed again and DELFIA enhancement solution (Perkin-Elmer, #4001-0010) was added to develop the plates for 15 to 20 min at room temperature before they were read on an EnVision plate reader [21]. An aliquot of the incubation sample in the HLA class II binding assay was also captured on another L243 coated plate, and ximelagatran bound to HLA-DR molecules was extracted with 150 μL of acetonitrile. Concentrations of ximelagatran in extracted samples were determined by LC-MS/MS by a non-validated method using a Shim-pack XR-ODS (30 × 2 mm i.d., 2.2 μm) column. A Prominence LC-20A system (Shimadzu Corp., Kyoto, Japan) coupled with a Sciex API 4000 triple quadrupole mass spectrometer (Applied Biosystems, Foster City, CA, USA) was used. The aqueous mobile phase A was H2O/100 mM CH3CO2NH4/CH3CN (900/50/50, v/v/v) and the organic mobile phase B was CH3CN/100 mM CH3CO2NH4 (1000/50, v/v). The gradient was as follows: 50% B for the first 0.5 min, increased to 100% B from 0.5 s to 1 min, maintained at 100% B for 0.75 min. The total run time was 1.75 min with a flow rate set at 0.75 mL/min. The ionization was conducted in the positive ion mode using the transition m/z 474 to m/z 198. The injection volume was 10 µL. The retention time of ximelagatran was 1.2 min. The lower and upper limits of quantification of the assay were 0.1 and 100 nM, respectively.

A series of in silico simulations and in vitro measurement of ximelagatran bound to HLA-DR molecules indicated that ximelagatran directly interacts with the peptide binding groove of HLA-DRB1*07:01 and this interaction disrupts the binding of ligand peptides to this site, which could alter the antigen loading and lead to the idiosyncratic ximelagatran-induced hepatotoxicity.

We would like to thank Anne S. De Groot and Frances Terry (EpiVax, Inc., Providence, RI, USA) for their helpful comments and discussion on this study. 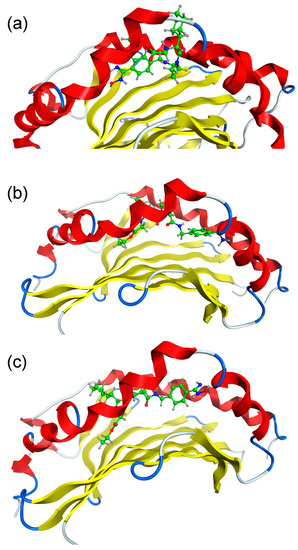 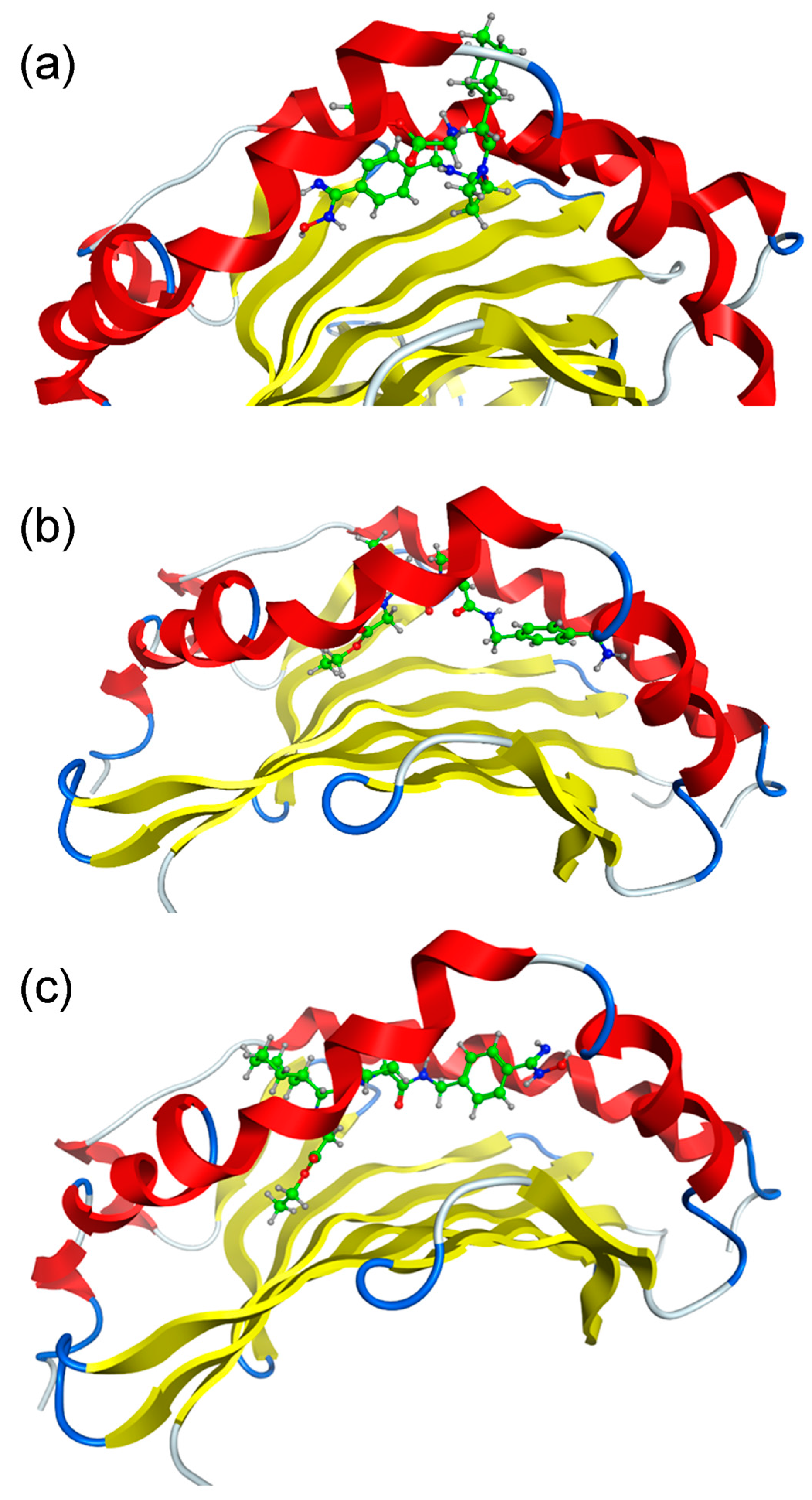 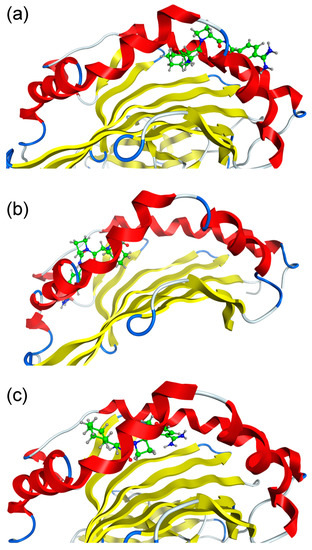 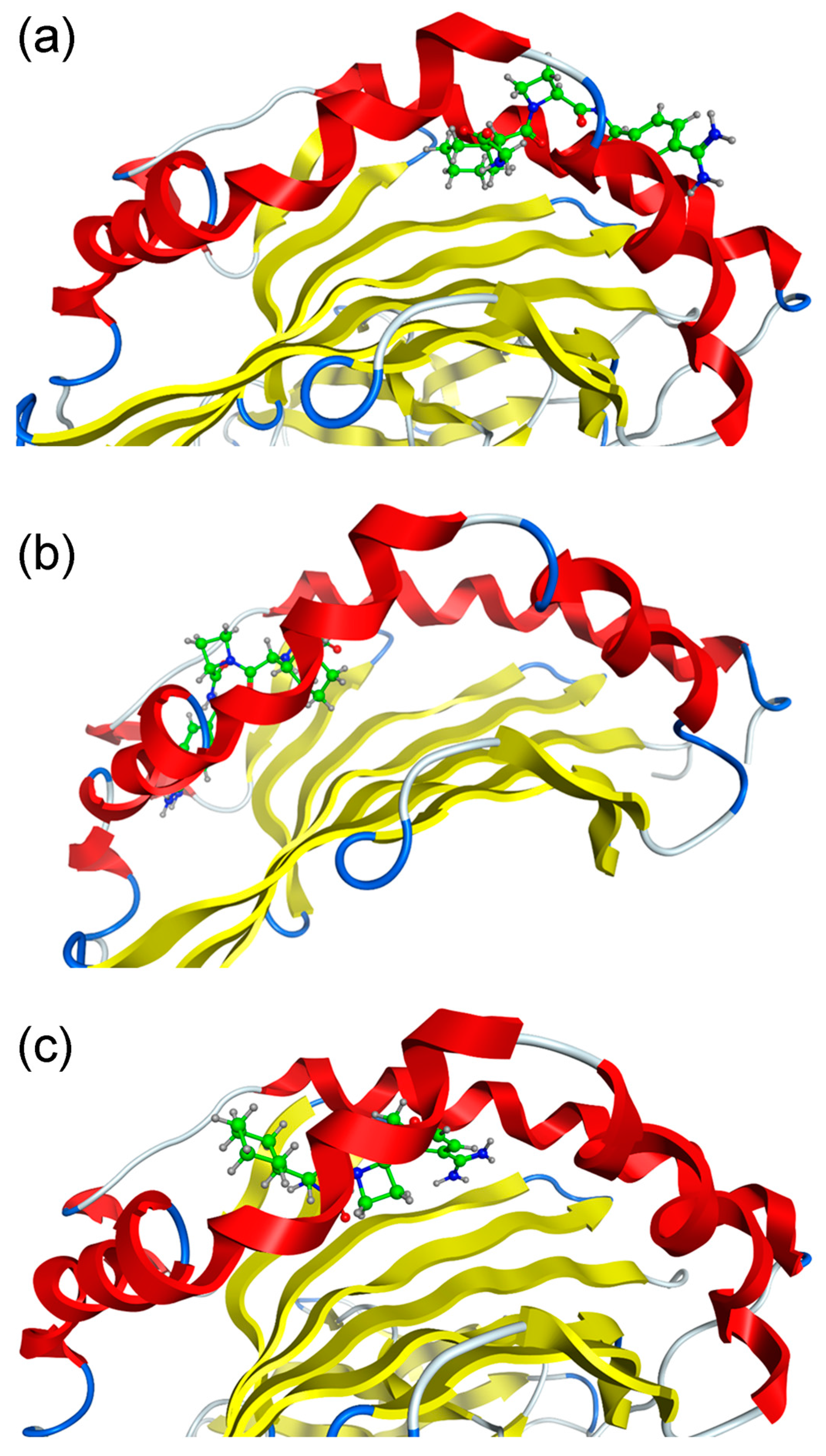 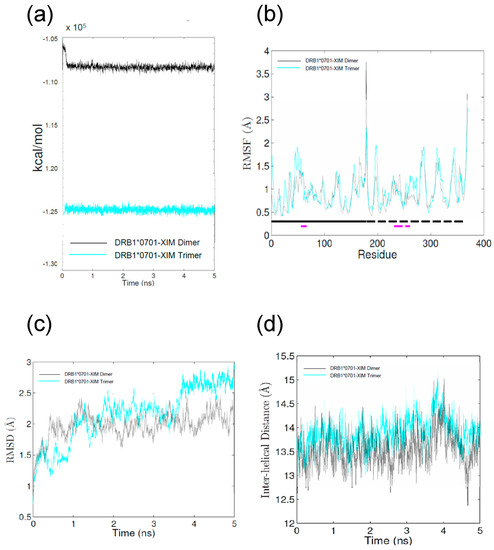 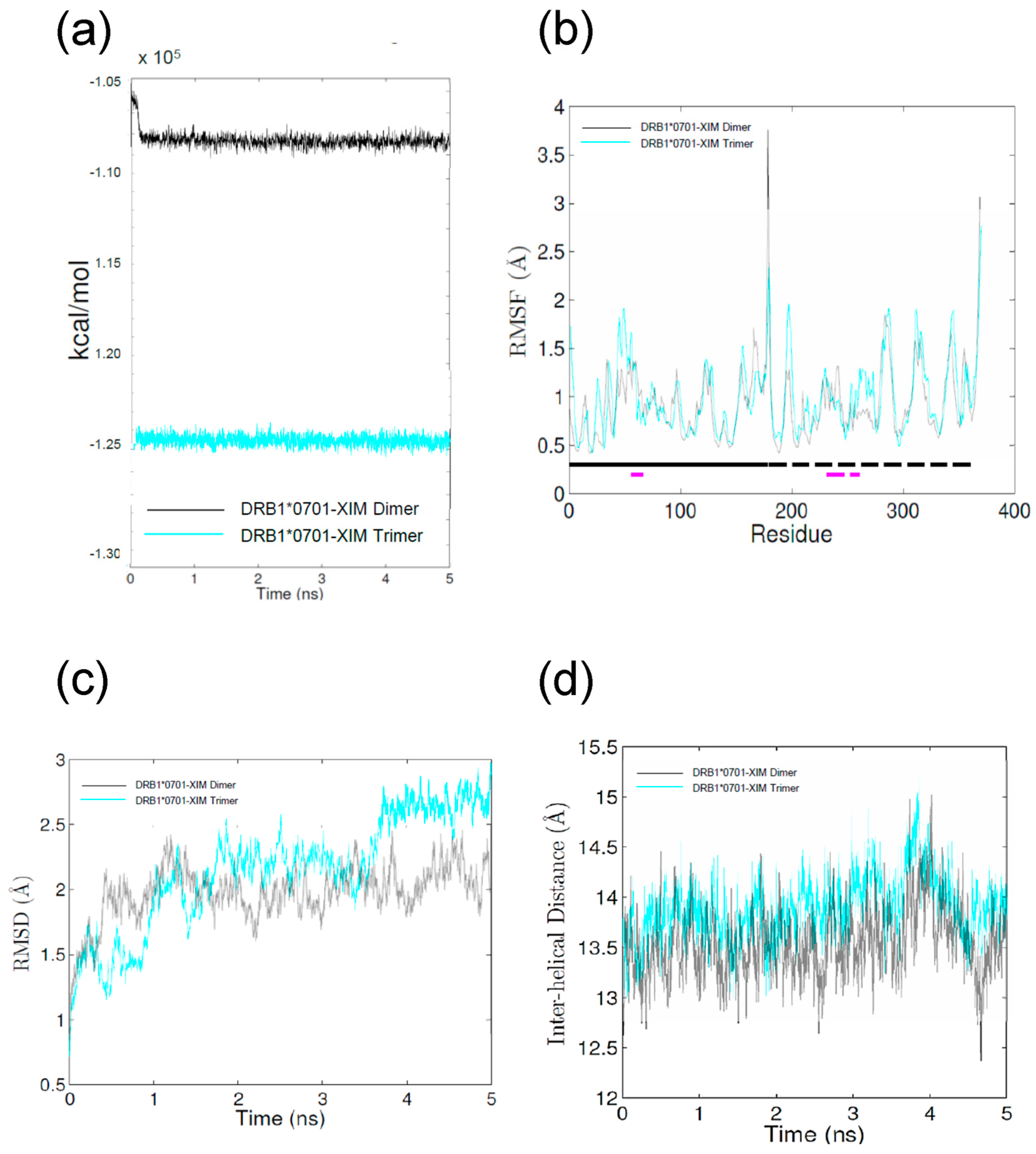 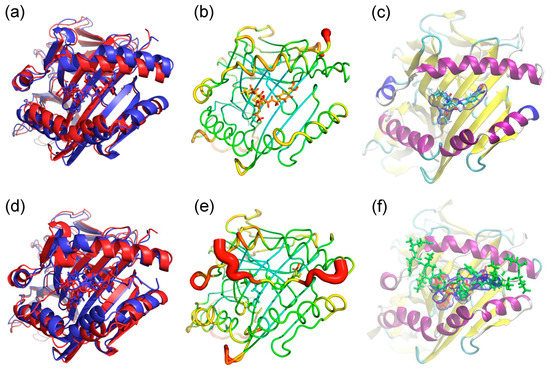 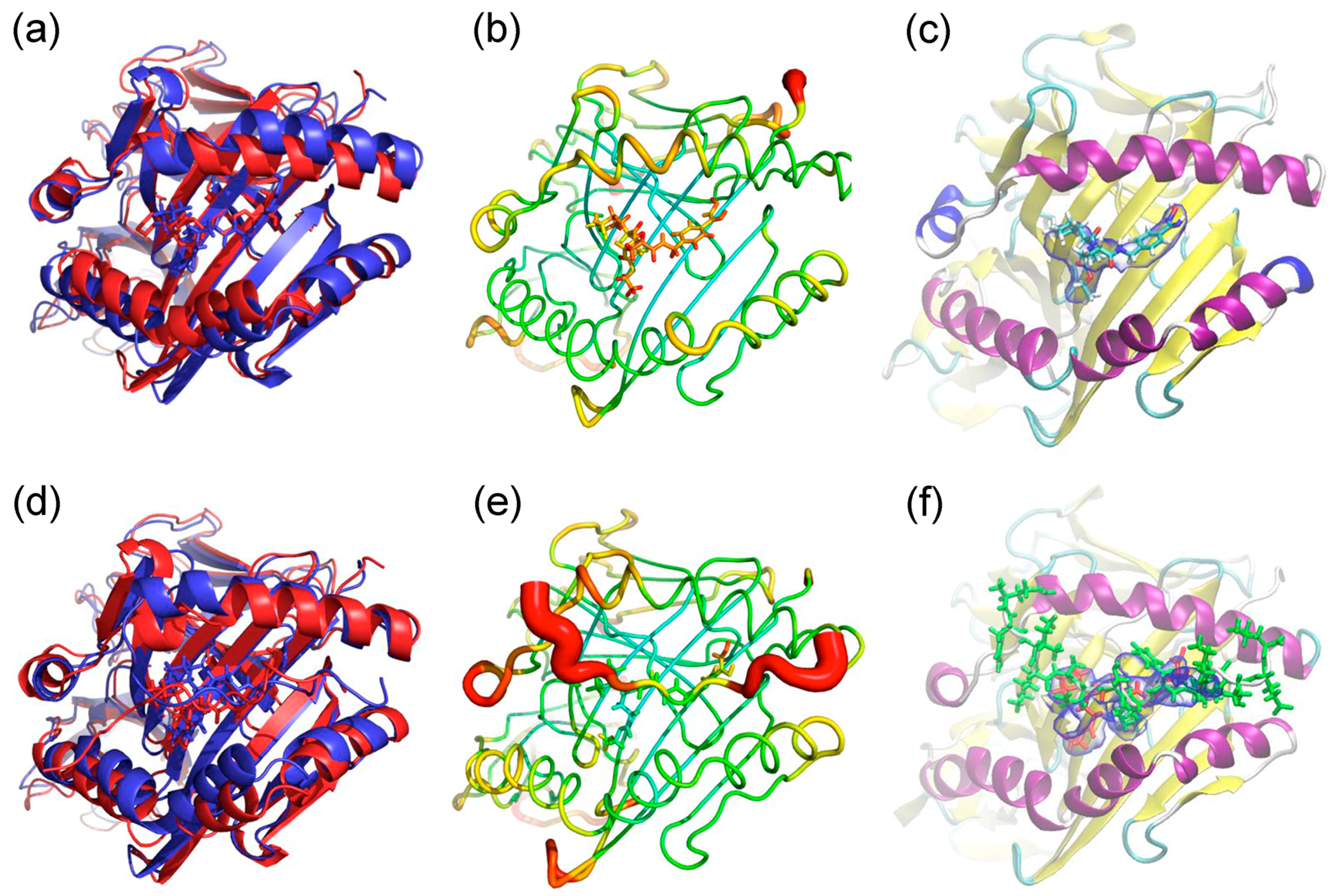