In-Depth Lipidomic Analysis of Molecular Species of Triacylglycerides, Diacylglycerides, Glycerophospholipids, and Sphingolipids of Buttermilk by GC-MS/FID, HPLC-ELSD, and UPLC-QToF-MS
Next Article in Special Issue

The flavin adenine dinucleotide-dependent glucose dehydrogenase (FAD-GDH) from Aspergillus species require suitable redox mediators to transfer electrons from the enzyme to the electrode surface for the application of bioelectrical devices. Although several mediators for FAD-GDH are already in use, they are still far from optimum in view of potential, kinetics, sustainability, and cost-effectiveness. Herein, we investigated the efficiency of various phenothiazines and quinones in the electrochemical oxidation of FAD-GDH from Aspergillus terreus. At pH 7.0, the logarithm of the bimolecular oxidation rate constants appeared to depend on the redox potentials of all the mediators tested. Notably, the rate constant of each molecule for FAD-GDH was approximately 2.5 orders of magnitude higher than that for glucose oxidase from Aspergillus sp. The results suggest that the electron transfer kinetics is mainly determined by the formal potential of the mediator, the driving force of electron transfer, and the electron transfer distance between the redox active site of the mediator and the FAD, affected by the steric or chemical interactions. Higher k2 values were found for ortho-quinones than for para-quinones in the reactions with FAD-GDH and glucose oxidase, which was likely due to less steric hindrance in the active site in the case of the ortho-quinones.
Keywords: flavin adenine dinucleotide; glucose dehydrogenase; phenothiazine; quinone; redox mediator flavin adenine dinucleotide; glucose dehydrogenase; phenothiazine; quinone; redox mediator

Flavin adenine dinucleotide-dependent glucose dehydrogenases (FAD-GDHs) have recently garnered considerable attention as bioelectrocatalysts for glucose biosensors and biofuel cells because of their unique characteristics, including oxygen insensitivity, high biocatalytic activity, and substrate specificity [1,2,3]. In fact, FAD-GDHs isolated from several Aspergillus species have already been employed as catalysts in disposable blood glucose sensor strips, indicating that they may be promising alternatives to glucose oxidases (GOxs) [4]. Although some bacterial FAD-GDHs have the ability to transfer electrons directly from the enzyme to the surface of electrode [5,6], FAD-GDHs from Aspergillus species require redox mediators to shuttle electrons from the FAD site to the electrode [2,3]. For example, hexacyanoferrate ([Fe(CN)6]3−; ferricyanide) has been used as a redox mediator in commercially available FAD-GDH-based blood glucose sensor strips because of its high solubility in water, low cost, and high stability [2,4]. However, the reactivity between FAD-GDH and ferricyanide is quite low, where the bimolecular rate constant (k2 = kcat/KM) has been documented to be as low as 1 × 103 M−1·s−1 in phosphate buffer (pH 7.0) at room temperature [2]. This low kinetic constant could be attributed to the low affinity between the active site of FAD-GDH and ferricyanide (i.e., an immeasurably high Michaelis–Menten constant). For the further development and performance improvement of bioelectrochemical devices, selection of a suitable mediator is critical. A mediator that has a low redox potential, but exhibits high electron transfer activity, is desired for high-power biofuel cells and for highly sensitive biosensors which is not affected by interfering substances such as uric acid or ascorbic acid [7,8,9].
Osmium (Os) complexes, a group of metal complex-type redox mediators used with GOxs, appear to react much more efficiently with FAD-GDH [3,10,11]. Osmium complex-type mediators are useful because, in addition to maintaining high kinetic constants through their efficient self-exchange electron transfer capabilities, they make it possible to control the potential at which the reaction proceeds solely by replacing the ligand [7,12,13,14,15,16]. However, Os complexes are expensive and non-sustainable, rendering them impractical for use in low-cost and disposable FAD-GDH-based electrodes. Thus, there is a need to select or identify other organic compounds or metal complexes based on earth abundant metals that can efficiently mediate redox reactions with FAD-GDH while also being economically viable for low-cost bioelectrical devices. Recently, naphthoquinone and the naphthoquinone-based redox polymer hydrogel were applied to an FAD-GDH-based electrode to improve its biofuel cell performance [17]. Naphthoquinone/phenanthrenequinone derivatives have also been investigated for their application in blood glucose sensors [18,19]. The choice of mediator is very important as it determines the potential at which the reaction proceeds, as well as the reaction rate (current density). However, it is not easy to obtain information on the optimum properties of potential mediators for FAD-GDHs. Even with structural and chemical information about the active center pocket obtained by crystal structure analysis of the enzyme, it would be difficult to predict the suitable mediator to use. Although there is an increasing number of reports on the discovery and recombinant production of new FAD-GDHs from various fungi [20,21,22,23,24,25,26], it is not realistic from the viewpoint of time and cost to clarify the mediator structure for all these newly discovered enzymes. Therefore, in this study, we propose a strategy for determining the optimum mediator for FAD-GDHs by screening a set of organic redox mediators via their bimolecular rate constants for the enzyme reaction. For this purpose, a set of quinones and phenothiazines (Table 1) were used, since their structure and redox potentials can be easily tuned by changing the substituents. The findings of this study may be useful as the starting point for the retrosynthetic analysis of new mediators.

3.2. Homogeneous Redox Reactions of FAD-GDH with the Electron Acceptors

A gold (Au) electrode, 3 mm in diameter, was polished with an alumina slurry and rinsed with distilled water. Electrochemical measurements were performed using an electrochemical analyzer (BAS CV 50 W; BAS Inc., West Lafayette, IN, USA), with a platinum wire and an Ag/AgCl (sat. KCl) electrode as the counter and reference electrodes, respectively. Cyclic voltammetry of the redox molecules (0.1 mM) was carried out in phosphate buffer (0.1 M, pH 7) containing glucose (0.1 M), in the presence or absence of FAD-GDH (1.0 μM), at a scan rate of 10 mV·s−1. Chronoamperometry for the kinetic analysis was carried out at the potential where the steady-state current was observed, in phosphate buffer (0.1 M) containing FAD-GDH (1.0 μM) or GOx (5.0 μM), and glucose (0.1 M). For the kinetic analysis, the diffusion coefficient of each mediator (0.1 mM) was evaluated from the dependence of its plateau current value on the electrode rotation rate (1000, 2000, 3000, 4000, and 5000 rpm), using the Levich equation (Table 1). All measurements were carried out at room temperature (25 ± 1 °C). Prior to each experiment, the solutions were bubbled with Argon (Ar) for 10 min. Glucose stock solutions were stored overnight in order to achieve mutarotative equilibrium.

The bimolecular rate constants for FAD-GDH oxidation by phenothiazines and quinones at pH 7.0 varied between 106 and 108 M−1·s−1 depending on the formal potential of the redox mediator. The overall results suggest that the kinetics determined by the formal potential of the mediator, and the electron transfer distance between the redox active site of the molecules and the FAD site of the glucose dehydrogenase, greatly affect the electron transfer rate. More specifically, ortho-type redox active sites with π-electrons are favorable, whereas bulky functional groups, especially hydrophilic (charged) functional groups, close to the redox site are unfavorable.
There is a strong need for more cost-effective mediators for the bioelectrochemical application of FAD-GDH that can allow high biocatalytic activity at low catalyst-mediator overpotential. The choice of a mediator is very important, as it determines the potential at which the reaction proceeds as well as the reaction rate. Further kinetic analysis and spectroscopic analysis, in combination with structural information about the active site, will no doubt provide a clearer understanding of the factors governing the mediator reactions. In the meantime, our kinetic analysis strategy using a set of quinones and phenothiazines provides an important guideline for the identification, potential design, and selection of more efficient redox mediators for FAD-GDH. The approach presented here can also be used to fully exhibit the performances of other new or mutant FAD-GDHs with minimized kinetic and steric hindrances. 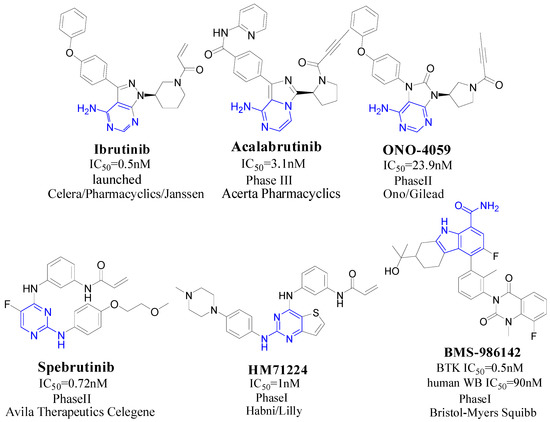