The Tomato Metallocarboxypeptidase Inhibitor I, which Interacts with a Heavy Metal-Associated Isoprenylated Protein, Is Implicated in Plant Response to Cadmium
Previous Article in Journal

Rational Design of Artificial Metalloproteins and Metalloenzymes with Metal Clusters

Acanthamoeba are a free-living protozoan whose pathogenic strain can cause severe human diseases, such as granulomatous encephalitis and keratitis. As such, the pathogenic mechanism between humans and Acanthamoeba is still unknown. In our previous study, we identified the secreted Acanthamoeba M28 aminopeptidase (M28AP) and then suggested that M28AP can degrade human C3b and iC3b for inhibiting the destruction of Acanthamoeba spp. with the human immune response. We constructed the produced the recombinant M28AP from a CHO cell, which is a mammalian expression system, to characterize the biochemical properties of Acanthamoeba M28AP. The recombinant M28AP more rapidly hydrolyzed Leu-AMC than Arg-AMC and could be inhibited by EDTA treatment. We show that recombinant M28AP can be delivered into the individual cell line and cause cell line apoptosis in a co-culture model. In conclusion, we successfully investigated the potential molecular characteristics of M28AP. View Full-Text
Keywords: Acanthamoeba spp.; secreted protein; M28AP; apoptosis Acanthamoeba spp.; secreted protein; M28AP; apoptosis
►▼ Show Figures 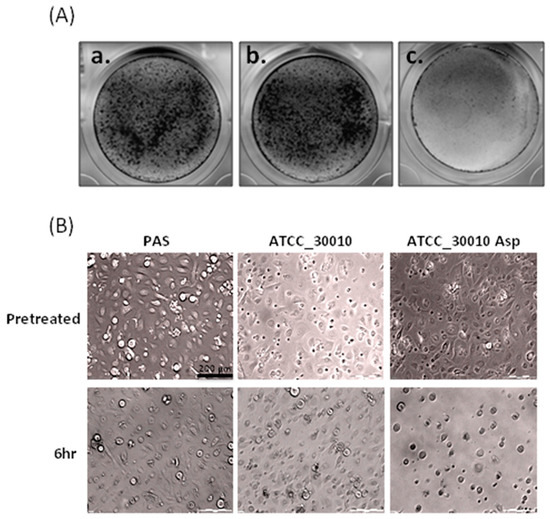