Curcumin and Resveratrol in the Management of Cognitive Disorders: What is the Clinical Evidence?
Previous Article in Journal

Inhibition of acetylcholinesterase (AChE) is a common treatment for early stages of the most general form of dementia, Alzheimer’s Disease (AD). In this study, methanol, dichloromethane and aqueous crude extracts from 80 Traditional Chinese Medical (TCM) plants were tested for their in vitro anti-acetylcholinesterase activity based on Ellman’s colorimetric assay. All three extracts of Berberis bealei (formerly Mahonia bealei), Coptis chinensis and Phellodendron chinense, which contain numerous isoquinoline alkaloids, substantially inhibited AChE. The methanol and aqueous extracts of Coptis chinensis showed IC50 values of 0.031 µg/mL and 2.5 µg/mL, therefore having an up to 100-fold stronger AChE inhibitory activity than the already known AChE inhibitor galantamine (IC50 = 4.33 µg/mL). Combinations of individual alkaloids berberine, coptisine and palmatine resulted in a synergistic enhancement of ACh inhibition. Therefore, the mode of AChE inhibition of crude extracts of Coptis chinensis, Berberis bealei and Phellodendron chinense is probably due to of this synergism of isoquinoline alkaloids. All extracts were also tested for their cytotoxicity in COS7 cells and none of the most active extracts was cytotoxic at the concentrations which inhibit AChE. Based on these results it can be stated that some TCM plants inhibit AChE via synergistic interaction of their secondary metabolites. The possibility to isolate pure lead compounds from the crude extracts or to administer these as nutraceuticals or as cheap alternative to drugs in third world countries make TCM plants a versatile source of natural inhibitors of AChE. View Full-Text
Keywords: acetylcholinesterase; acetylcholinesterase inhibitor; isoquinoline alkaloids; berberine; coptisine; palmatine; Alzheimer’s; Coptis; natural products; Traditional Chinese Medicine acetylcholinesterase; acetylcholinesterase inhibitor; isoquinoline alkaloids; berberine; coptisine; palmatine; Alzheimer’s; Coptis; natural products; Traditional Chinese Medicine
►▼ Show Figures 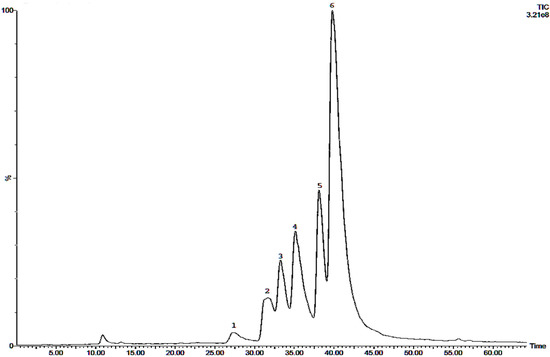