Antibacterial Activity and Anticancer Activity of Rosmarinus officinalis L. Essential Oil Compared to That of Its Main Components
Next Article in Special Issue

The Artemisia L. Genus: A Review of Bioactive Essential Oils 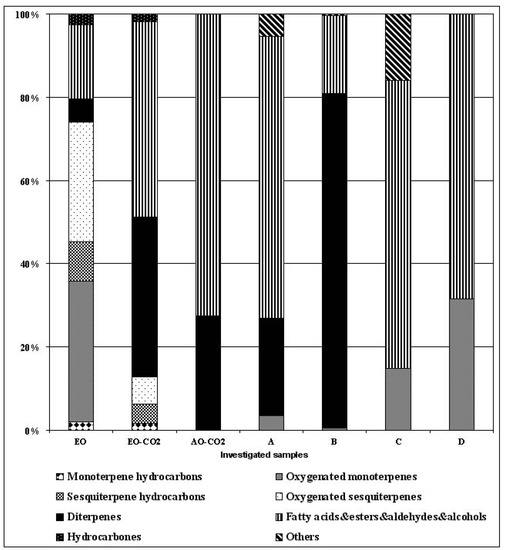