Aiming at the problems of small key space, low security of encryption structure, and easy to crack existing image encryption algorithms combining chaotic system and DNA sequence, this paper proposes an image encryption algorithm based on a hidden attractor chaotic system and shuffling algorithm. Firstly, the chaotic sequence generated by the hidden attractor chaotic system is used to encrypt the image. The shuffling algorithm is used to scramble the image, and finally, the DNA sequence operation is used to diffuse the pixel value of the image. Experimental results show that the key space of the scheme reaches 2327 and is very sensitive to keys. The histogram of encrypted images is evenly distributed. The correlation coefficient of adjacent pixels is close to 0. The entropy values of encrypted images are all close to eight and the unified average change intensity (UACI) value and number of pixel changing rate (NPCR) value are close to ideal values. All-white and all-black image experiments meet the requirements. Experimental results show that the encryption scheme in this paper can effectively resist exhaustive attacks, statistical attacks, differential cryptanalysis, known plaintext and selected plaintext attacks, and noise attacks. The above research results show that the system has better encryption performance, and the proposed scheme is useful and practical in communication and can be applied to the field of image encryption. View Full-Text
Keywords: security analysis; image encryption; shuffle algorithm; chaotic system; DNA sequence security analysis; image encryption; shuffle algorithm; chaotic system; DNA sequence
►▼ Show Figures 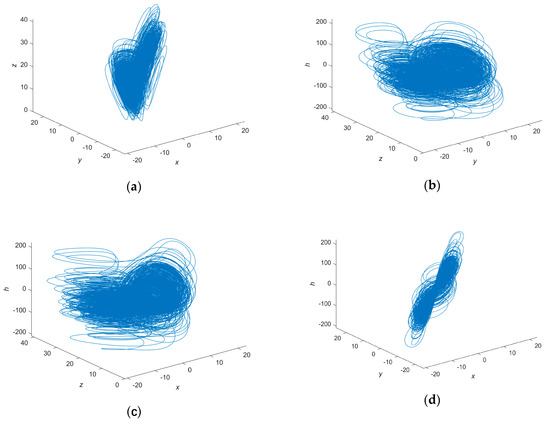