We elucidate the effect of different deterministic nonlinear forces on geometric structure of stochastic processes by investigating the transient relaxation of initial PDFs of a stochastic variable x under forces proportional to () and different strength D of -correlated stochastic noise. We identify the three main stages consisting of nondiffusive evolution, quasi-linear Gaussian evolution and settling into stationary PDFs. The strength of stochastic noise is shown to play a crucial role in determining these timescales as well as the peak amplitude and width of PDFs. From time-evolution of PDFs, we compute the rate of information change for a given initial PDF and uniquely determine the information length as a function of time that represents the number of different statistical states that a system evolves through in time. We identify a robust geodesic (where the information changes at a constant rate) in the initial stage, and map out geometric structure of an attractor as , where is the position of an initial Gaussian PDF. The scaling exponent m increases with n, and also varies with D (although to a lesser extent). Our results highlight ubiquitous power-laws and multi-scalings of information geometry due to nonlinear interaction. View Full-Text
Keywords: stochastic processes; Fokker-Planck equation; information length stochastic processes; Fokker-Planck equation; information length
►▼ Show Figures 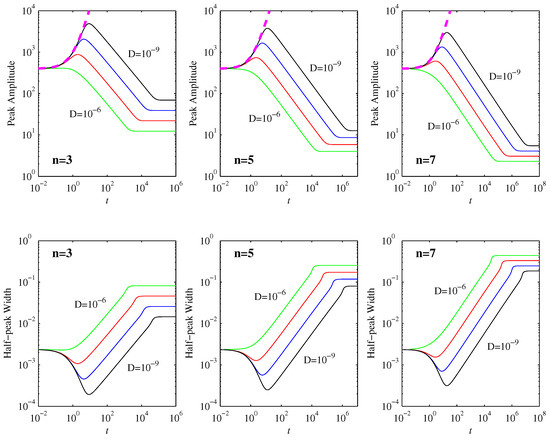