No conferences found for the selection.

Algorithms announces selected third-party conferences. In case you would like to announce your own event on the Algorithms website, please fill out the following form to apply for the announcement of a conference or other academic event (seminar, workshop).

The IEEE Workshop on Parallel/Distributed Combinatorics and Optimization aims to provide a forum for scientific researchers and engineers to report on recent advances in the field of parallel or distributed computing for difficult combinatorial optimization problems, such as 0-1 multidimensional knapsack problems, cutting stock problems, scheduling problems, large-scale linear programming problems, nonlinear optimization problems and global optimization problems. Emphasis is placed on new techniques for the solution of these difficult problems, such as cooperative methods for integer programming problems. Techniques based on metaheuristics and nature-inspired paradigms are considered. Aspects related to Combinatorial Scientific Computing (CSC) are considered. In particular, we are soliciting submissions of original manuscripts on sparse matrix computations, graph algorithm and original parallel or distributed algorithms. The use of new approaches in parallel and distributed computing, such as GPU, MIC, FPGA, and volunteer computing, are considered. Applications to cloud computing, planning, logistics, manufacturing, finance, telecommunications and computational biology are considered. 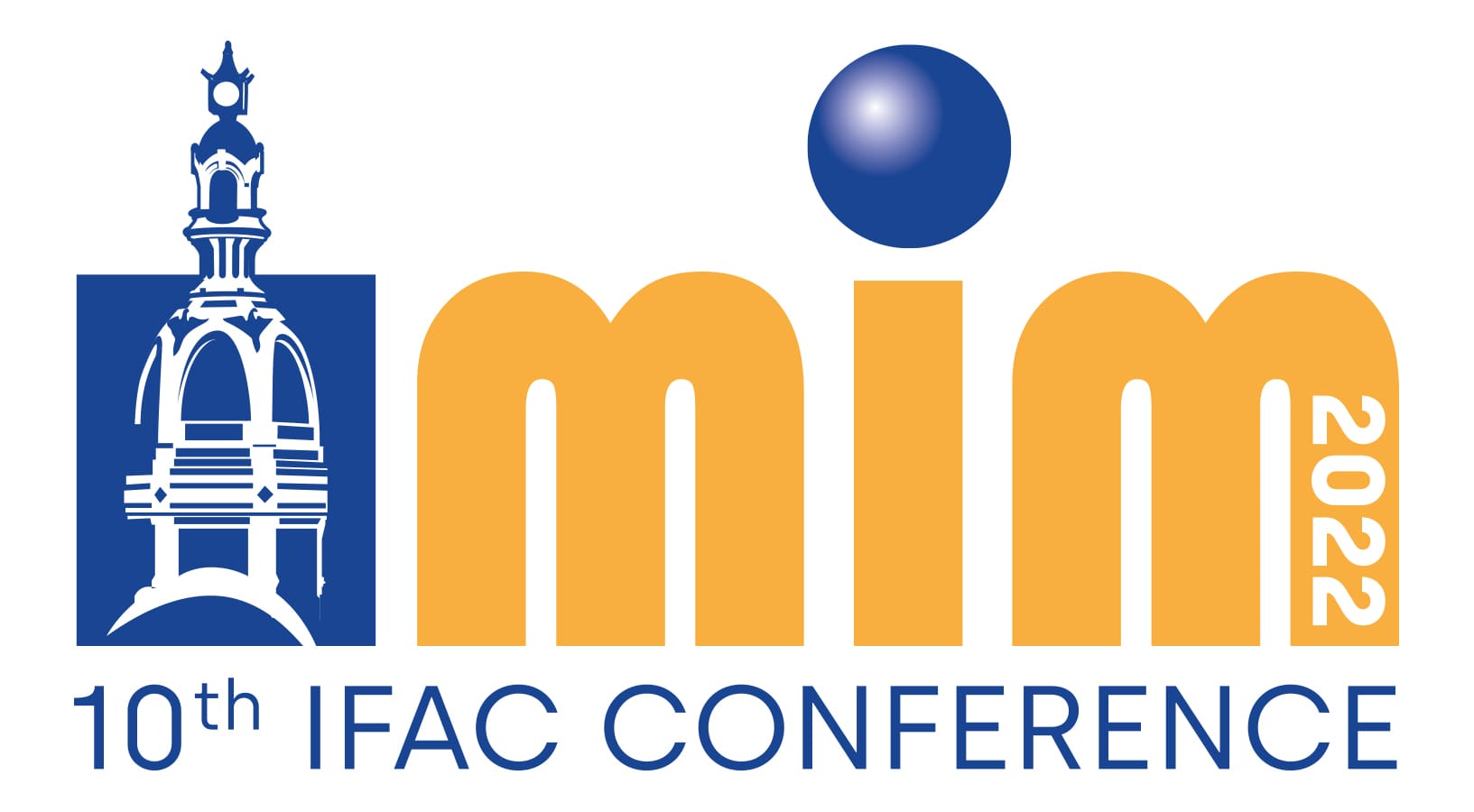 The aim of this conference is to bring together researchers and practitioners to present and discuss emerging topics in modern decision aid theory, manufacturing modeling, management, and control. MIM’2022 will follow a rich tradition of previous IFAC conferences and symposia in Manufacturing and Logistics held in France. IFAC MIM’2022 will focus in particular on the most innovative methods proposed in the last few years in the context of applications of artificial intelligence in industry, taking into account the role of new technologies (e.g., blockchains, IoT, edge computing) and emerging scientific domains (e.g., big data, analytics, risk management) in the production management and control. In addition, many other related topics will be considered, e.g., human-centric production, optimization under specific workforce constraints, explainability and ethics in decision aid models, human–machine interaction issues, generative design approaches, etc., and their place in new decision aid tools in industry.

Data play a critical role in human life. In the digital era, where data can be collected almost anywhere, at any time, and by anything, people can own a vast volume of real-time data reflecting their living environment in various granularities. From these data, people can extract the necessary information to gain knowledge towards becoming informed. As data do not come from a sole source, they only reflect a small part of the massive puzzle of life. Hence, the more pieces of data that can be collected and filled into the canvas, the faster the puzzle can be solved. If we consider a puzzle piece to be single-modal data, the puzzle becomes a multimodal data analytic problem. If we consider a group of puzzle pieces assembled as a segment of the puzzle to be one domain (e.g., a mountain, house, or animal), the puzzle game becomes a multi-domain problem. If we consider a 3D puzzle game, it becomes a multi-platform problem. Finally, bidirectional mapping between puzzle pieces and the frame (e.g., a sample picture of a puzzle) during the game can be considered as a cross-data/domain/platform problem. In other words, we can use a set of data (i.e., multimodal data) from certain domains with analytic models built on one platform to infer (e.g., predict, interpolate, or query) data from another domain(s) and vice versa. We have witnessed the rise of cross-data against multimodal data problems recently. The cross-modal retrieval system uses a textual query to look for images; some examples of this research direction include: the air quality index can be predicted using lifelogging images; congestion can be predicted using weather and tweets data; daily exercises and meals can help to predict sleeping quality. Although vast investigations focusing on multimodal data analytics have been developed, few cross-data (e.g., cross-modal data, cross-domain, or cross-platform) research has been carried out. In order to promote intelligent cross-data analytics and retrieval research and to bring about a smart, sustainable society for human beings, this specific article collection on "Intelligent Cross-Data Analysis and Retrieval" is introduced. This research topic welcomes those who come from diverse research domains and disciplines such as well-being, disaster prevention and mitigation, mobility, climate change, tourism, healthcare, and food computing.

Example topics of interest include, but are not limited to the following:

We are re-launching the ASMO-UK/ISSMO series of conferences in the new series ASMO-Europe to provide an opportunity for researchers and practitioners in multi-disciplinary optimisation from within and outside Europe to get together and share their experiences within a growing community.

We encourage you to attend and present your current research. Application papers are particularly welcome.

Conference topics include, but are not limited to:

Visit the conference website and submit your abstract here:

The International Conference on Intelligent Systems for Cyber Threat Intelligence, organized by The African Research Center for IT and Cybersecurity, Morocco, will be held on 13–15 October 2022. The ICISCTI 2022 Conference aims to unite researchers in the field of big data analytics and intelligent systems for cyber threat intelligence CTI and key data to enable them to collaborate to advance the anticipation, prohibition, prevention, preparation and response to internal security.

The ICISCTI 2022 Conference targets a mixed audience of researchers, academics and investigators from various communities to encourage them to share and exchange novel ideas, approaches, theories and practices to aid in resolving the challenging issues associated with the leveraging of big data analytics and intelligent systems for cyber threat intelligence.

IEEE ICMLA'22 aims to unite researchers and practitioners to present their latest achievements and innovations in the area of machine learning (ML).

The conference provides a leading international forum for the dissemination of original research on ML, with emphasis on its applications, as well as novel algorithms and systems. Following the success of previous ICMLA conferences, this conference aims to attract researchers and application developers from a wide range of ML-related areas, and the recent emergence of big data processing has introduced an urgent need for machine learning to address these new challenges. The conference will cover both theoretical research regarding ML, as well as its applications. Contributions describing ML techniques that have been applied to real-world problems, and interdisciplinary research involving ML, in fields such as medicine, biology, industry, manufacturing, security, education, virtual environments, and games, are especially encouraged.