A Simplified Algorithm to Predict Indoor Microclimate in Case of Courtyard Covering. A Case Study for the Courtyard of Palazzo Poggi in Bologna
Previous Article in Journal

Non-steroidal anti-inflammatory drugs (NSAIDs) are the group of drugs most commonly used in medicine. They are available over the counter to treat fevers and pains of various origins. The clinical and pharmaceutical analysis of these drugs requires effective analytical procedures for drug quality control, pharmacodynamic and pharmacokinetic studies. This article presents the spectrophotometric method that was used to analyze selected drugs from the NSAID group. The conditions for the determination of selected coxibs and oxicams in the UV range with the use of microplates have been developed. The presented procedure has been validated in accordance with the requirements, guaranteeing reliable results. The obtained results give the basis for the conclusion that the method can be successfully used in the quality control of pharmaceutical preparations with a small amount of available sample.
Keywords: spectrophotometry; coxibs; oxicams; validation of the method spectrophotometry; coxibs; oxicams; validation of the method

A series of standard solutions of individual substances (tenoxicam, meloxicam, celecoxib and etericoxib) were prepared in methanol by weighing the appropriate amounts of the substance into 10.0 mL flasks in order to obtain 0.02% (m/v) solutions. The obtained solutions were diluted at a further stage of the research, obtaining successively solutions with a concentration of 0.001 and 0.0005 % (m/v).
Preparation solutions: The appropriate masses of tablets or capsules, ground in a mortar, were weighed and dissolved in methanol to obtain solutions with the appropriate concentrations. The contents were shaken for 15 min and the filtered extracts were analyzed.

2.4. Conditions for the Determination of Substances

The prepared standard solutions of the analyzed substances and the solutions of preparations were subjected to spectrophotometric analysis on OptiPlates with a quartz bottom at a wavelength of λ = 260 nm (Figure 2).

2.5. Validation of the Method

A criteria for drug quality must be defined and measurable. The process that enables verification of the correctness of the selected method is validation. The validation process allows us to assess whether a given measurement method with its analytical parameters can be used in the routine laboratory. Thanks to that, the results obtained in specific studies thanks to a specific procedure are appropriate in relation to the intended purpose. Parameters taken into account during method validation are: specificity and selectivity, precision expressed as direct and indirect precision, accuracy, linearity, limits of detection and quantification and the range of the method [31].

Precision determines the degree of agreement between individual analysis results. A measure of precision is the value of the standard deviation (SD) or the relative standard deviation (RSD,%). Precision includes two concepts: repeatability and reproducibility. Repeatability expresses the precision of determinations made in short time interval, by the same analyst and under the same conditions. Reproducibility allows us to assess whether the method leads to the same results when performed by different analysts, using solvents from various manufacturers, while maintaining the parameters required in the description of the method.

Accuracy allows us to determine the compatibility between the actual value (content, concentration) and the value resulting from the analysis. The measure of the accuracy of an analytical method is the value of its systematic error. Accuracy can also be expressed as the percent recovery of the analyte added to the sample.

Linearity defined as the ability to obtain analytical measurement results directly proportional to the concentration (content) of the analyte in the sample is usually maintained within a certain concentration range. The linear range of the method is determined by plotting the so-called calibration curve (graphical representation of the relationship Y = f(c), where Y is the measured value, and c—the concentration value of the determined component) and calculation of the correlation coefficient, r.

The determination of the selectivity of the method consists of establishing the conditions for determining one component (or several components) in the presence of others. A perfectly selective method for one substance is defined as specific.
The sensitivity of the method is a parameter that defines the change of the measured value due to the change of the analyte content in the test sample. It is expressed as the slope of the calibration curve and numerically equal to the slope of the straight line. The sensitivity of the analytical method is higher the greater the change in the measured value is, leading to a small change in the analyte concentration.

2.5.5. Limit of Detection (LOD) and Limit of Quantification (LOQ)

The range of the method is the interval between the minimum and maximum content of the active substance in the test sample for which the analytical method has a definite linearity, accuracy and precision.

In order to determine the content of the analyzed substances in pharmaceutical preparations, Optiplte 96 microplates were used. Each well was filled with 100 μL of standard solutions (0.001% (m/v) concentration for tenoxicam and etoricoxib and 0.0005% (m/v) for meloxicam and celecoxib) and 100 mL of test solutions, and then 200 μL of methanol was added to each solution. After putting the plate in the spectrophotometer, the absorbance values of all the solutions were measured at 260 nm. Measurements were made in triplicate, using the mean absorbance values for calculations.

A new procedure for the determination of tenoxicam, meloxicam, etoricoxib and celecoxib in pharmaceutical preparations has been developed. The analysis was performed with the spectrophotometric method using Optiplate 96 microplates. For quantitative determinations, absorbance values obtained for standard and test solutions for individual components were used. In the preliminary stage of the work, the developed method was validated by establishing the parameters of accuracy, linearity, quantification and detection limits and precision.
In order to determine the precision, solutions of individual standard substances and solvent (methanol) were placed on the Optilate 96 plate in the following proportions: 100 µL of the substance solution and 200 µL of methanol. Then the absorbance value was measured at λ = 260 nm. The obtained results of absorbance were the basis for determining the intra-day precision. One week later, solutions of individual substances were prepared in an analogous manner, the absorbance was measured and the inter-day precision was determined. The received values are summarized in Table 1.
The percentage of recovery was established by adding a known amount of the analyte (80, 100 and 120%) to the test sample and then determining with the developed procedure (Table 2).
On the basis of the measured absorbance values at the wavelength λ = 260 nm for increasing concentrations of tenoxicam, meloxicam, etoricoxib and celecoxib, the dependences of absorbance on the concentration of the substance were plotted (Figure 3). They were found to be linear in the tested concentration range, and the parameters of the calibration curve are presented in Table 3.
Based on the determined linearity parameters, the LOD and LOQ for individual substances were calculated, and the results are presented in Table 4.
Based on the obtained results, it was found that the developed method is characterized by a wide range of linearity (2.0–5.0 μg/mL for tenoxicam, 1.3–10.0 μg/mL for meloxicam, 1.9–5.0 μg/mL for etoricoxib, 1.4–5.0 μg/mL for celecoxib) for all analyzed substances with a correlation coefficient (r) ranging from 0.9946 to 0.9994, good precision (RSD ranging from 1.51 to 2.81%) and the appropriate accuracy (an average recovery value of 98%). Thus, it meets the requirements for analytical procedures and can be used to determine the content of selected substances in pharmaceutical products.
Six pharmaceutical preparations containing tenoxicam and meloxicam, and seven preparations containing etoricoxib and celecoxib were tested. Ten measurements were made for each of the preparations. The obtained absorbance values were used to determine the content of active substance in individual preparations. Statistical evaluation was performed for each series of results and the obtained values are summarized in Table 5.
In the case of the analysis of selected pharmaceutical preparations, the content of the active ingredient ranges from 64% to 100.07% in relation to the value declared by the manufacturers. The lower content of active ingredients in relation to the declared values is probably related to the fact that these drugs were expired. In these preparations, the active substance could be partially degraded, and thus its content in the tablet/capsule was reduced. Comparing the expiry dates of the pharmaceutical preparations used in the analysis with the content in the tablet/capsule obtained in the tests, it can be noticed that preparations with a shorter expiry date contained a smaller amount of the active substance compared to drugs with a longer expiry date. The preparations analyzed within the expiry date contained an amount of the active substance in accordance with the declaration on the packaging.
The obtained results allowed us to conclude that the developed method is simple and accurate, and the small volumes of the solutions used (a maximum of 300 μL) and the quick analysis time (a measurement time of approximately 0.1 s/well) allow them to be used in laboratories for routine analyses of chosen NSAIDs.

The developed new procedure for the quantification of tenoxicam, meloxicam, etoricoxib and celecoxib in pharmaceutical preparations with the UV spectrophotometric method using microplates meets the requirements for validation of analytical methods. Due to the simplicity of determination and speed of analysis, it can be helpful in routine analyses and quality control of pharmaceutical preparations. Spectrophotometric and chromatographic methods with UV detection are analytical techniques widely used in analytical laboratories. The HPLC methods described in the literature always involve sample pretreatment and large amounts of various components in the mobile phase. HPLC with MS detection makes procedures more complicated and accessible to few parties. The described spectrophotometric methods also often include sample pretreatment (derivatizaton). The aim of this work was to develop a fast and economical method to be used among others in quality control laboratories. Even if the results obtained with different techniques are equally accurate, the significant advantages of our methodology, compared to other existing methods, are its low cost, non-polluting conditions, simplicity of implementation and small sample volume needed for analysis. Therefore, the method can be used for routine quality control of selected drugs in pure substance or commercial samples. 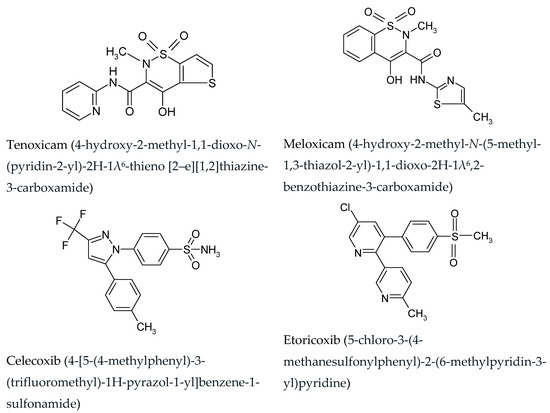 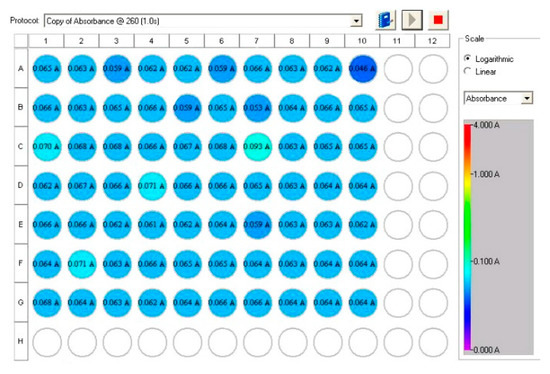 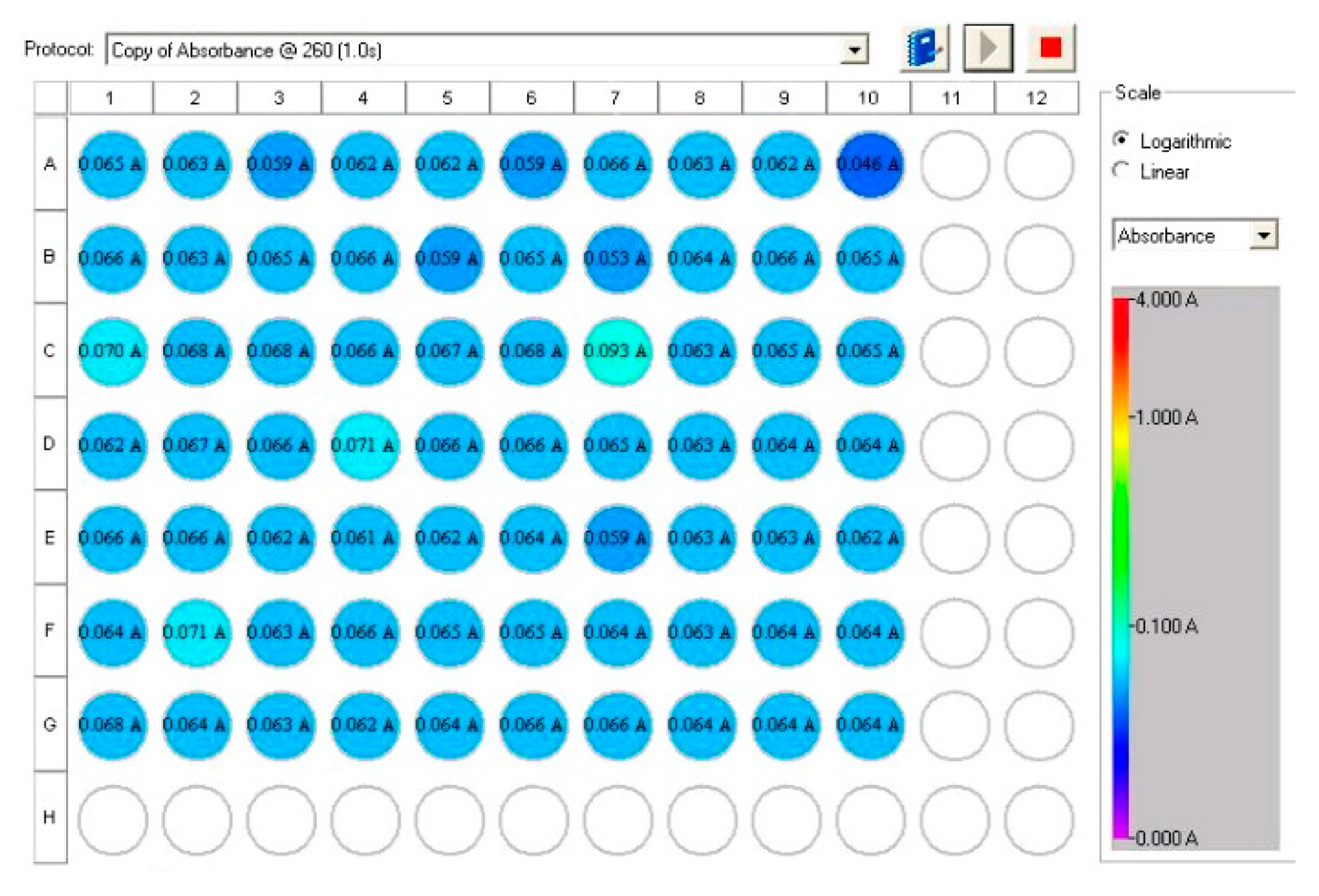 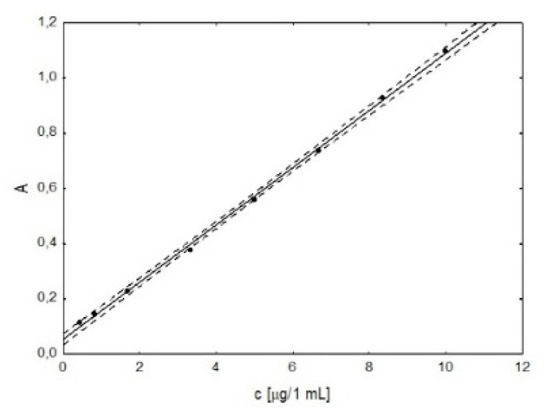 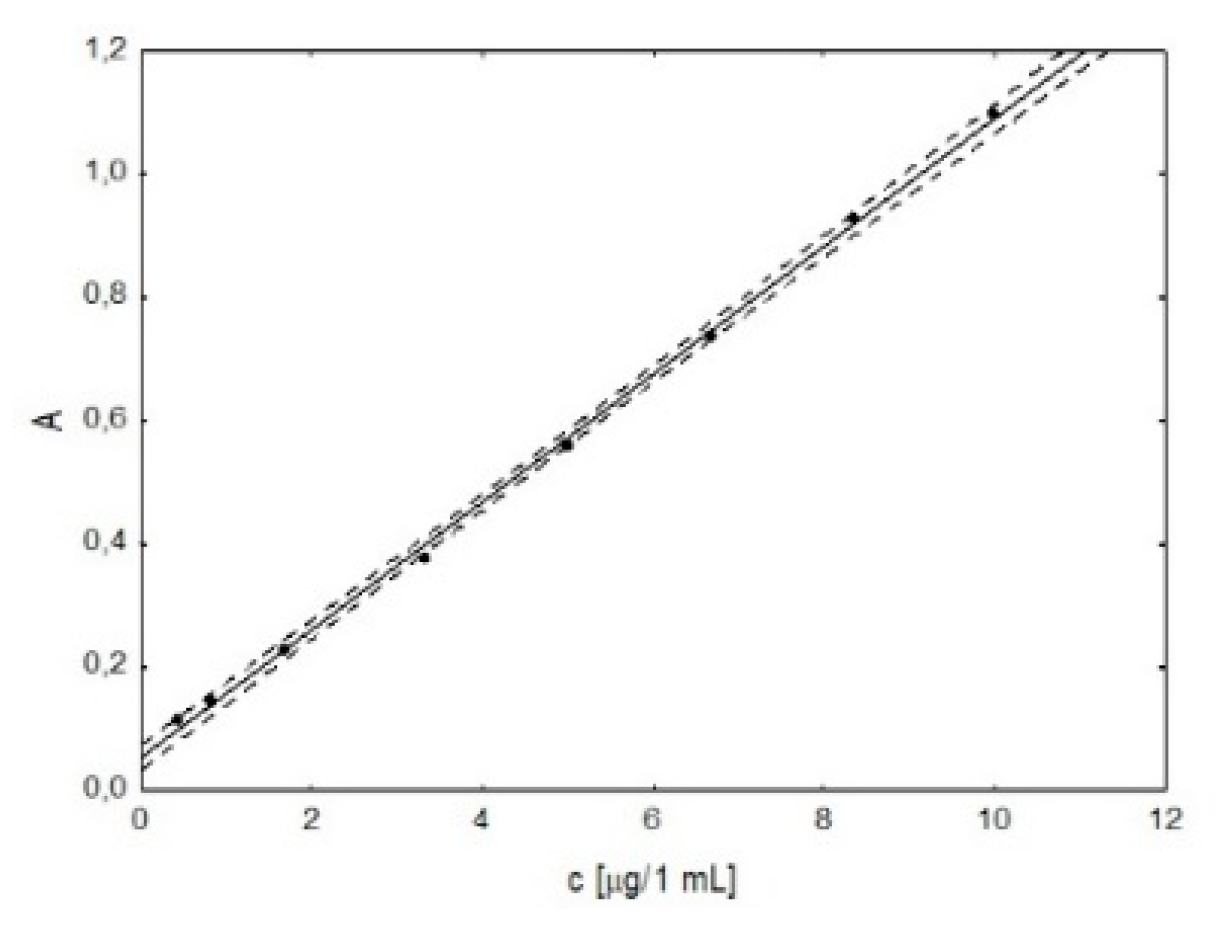