A Standardized Protocol for Post-Partum Salpingectomy with Suture Ligation: A Prospective Feasibility Study

Epithelial ovarian cancer is the fifth leading cause of cancer death for biologically female individuals in the United States [1]. Efforts to develop screening strategies to prevent ovarian cancer have been unsuccessful [2]. Potential precursors for high-grade serous ovarian carcinomas (HGSOCs) have been identified in the distal fallopian tubes of patients with BRCA1/2 mutations; salpingectomy may reduce the risk of these lesions progressing to cancer [3,4,5].
Evidence-based recommendations suggest that risk-reducing salpingo-oophorectomy (RRSO) be considered for high-risk patients, once childbearing is complete, or by the age of 35 years [6,7]. National professional organizations in the United States [8,9,10], Canada [11], and regional health authorities encourage salpingectomy at the time of benign gynecologic surgery for those with an average background risk, because it may achieve risk reduction while preserving ovarian function [8,9,10,11,12,13,14,15,16,17]. Salpingectomy at the time of benign gynecologic surgery as well as during cesarean and following vaginal delivery is safe, feasible, and cost effective [18,19,20,21,22,23].
Data promoting the safety of post-partum salpingectomy derive from studies utilizing costly electrocautery devices, which may only be available in high-resource settings [21]. Prospective evidence evaluating the safety of post-partum salpingectomy (PPS), particularly in low-resource settings or without using costly equipment, is still lacking. Herein, we describe a standardized protocol for performing PPS as a strategy for the prevention of HGSOCs. We hypothesize that PPS would be feasible, compared to post-partum bilateral tubal ligation (PP-BTL) with similar operative times and estimated blood loss (EBL).

A total of 165 gravidae were consented and compared to 300 historical controls. Of the participants who consented, eight were pre-operatively deemed to be ineligible for post-partum tubal permanent contraception by the surgical team (Figure 2). Thus, 157 participants underwent surgery with the intent to perform PPS. A total of 97 underwent PPS following vaginal delivery (SVD + PPS) and 60 participants underwent PPS following cesarean delivery (CD + PPS). Procedures on 9 participants were converted to traditional SVD-BTL; 3 preoperatively and 6 intra-operatively. Three were converted to SVD-BTL because the upper-level resident felt that the intern was insufficiently familiar with the surgical procedure to perform the PPS. Reasons for intra-operative conversion included difficulties obtaining the entire tube due to adhesions (n = 4), and the presence of multiple large (≥4 cm) paratubal cysts (n = 1). All were included in the SVD + PPS group based upon intention to treat. In the control group, five underwent unexpected procedural changes intra-operatively. One SVD-BTL subject did not undergo tubal permanent contraception due to adhesive disease. Of the aborted procedures, in the SVD-BTL group, one tie slipped off, which led to mesosalpinx bleeding, which resulted in an unplanned salpingectomy, and in one case only the left tube was transected due to adhesions. In the CD-PPS group, there was one case where the mesosalpinx was not clamped according to the protocol, which resulted in a broad ligament hematoma and the salpingectomy was not completed; one case where there was a cystotomy related to the cesarean and the surgeon opted to forego the salpingectomy due to operative time; and one related to a perceived increase in operative time and poor visualization due to adhesions. Of the CD-BTL cases that were aborted, three mentioned adhesions as a barrier and were converted to either clip placement or fimbriectomy, and two cited bleeding or dilated blood vessels in the mesosalpinx as reasons to perform a fimbriectomy rather than the planned Parkland tubal ligation. Sixteen participants underwent PPS with surgeon-dependent procedural modifications, which included variations in the methodology of clamping and suture ligation. In each case, changes were made to facilitate the completion of the procedure or to accommodate surgeon comfort. None of these changes prevented the successful removal of the fallopian tube in its entirety. Demographic data are summarized in Table 1. Participants undergoing PPS at cesarean were slightly older than those undergoing SVD-BTL at cesarean, and the number of prior abdominal surgeries was slightly higher in the SVD-BTL and CD-BTL groups compared to the SVD-PPS and CD-PPS groups, respectively. There were no other demographic differences between PPS participants and controls.
The incidence of intra-operative complications observed in participants undergoing PPS was similar to that observed in controls who underwent standard PP-BTL (Table 2). Compared to controls, operative time was longer for SVD + PPS. EBL was also greater. Operative time for PPS at cesarean was also longer compared to CD-BTL. No differences were found in the proportion of PPS or controls who received an intra-operative transfusion; experienced bleeding from the mesosalpinx; or a lost surgical pedicle, urinary tract injury, or accidental uterine injury.
The most common intra-operative complication observed with PPS was bleeding due to the loss of a pedicle or bleeding from the mesosalpinx. Three participants in the SVD + PPS group experienced this complication. In one subject, blood loss (EBL 100 mL) required surgeons to extend the skin incision from 3 to 8 cm. In the other two cases, there was no need to extend the skin incision. EBLs for these cases were 50 mL and 150 mL, respectively. For two of these participants, modifications had been made to the recommended protocol for performing PPS by the operating team prior to the complication. Because these modifications potentially contributed to bleeding, modifications to the procedure were discouraged unless indicated for safety. Among CD + PPS participants, one subject developed a broad ligament hematoma following right salpingectomy. After bleeding was controlled, PPS was abandoned and a Parkland tubal ligation was performed on the contralateral tube. EBL for this case (including cesarean delivery) was 1500 mL. No other intra-operative complications were encountered in the SVD + PPS group. Among SVD-BTL controls, one subject experienced an ovarian laceration, which was repaired.
The incidence of postoperative complications was also similar between PPS and control participants (Table 3). One subject who underwent PPS after vaginal delivery was re-admitted postoperatively with a complicated urinary tract infection. There were no differences in any other complications. PPS had no impact on the ability of pathologists to histologically confirm permanent contraception. Tubal tissue was identified in 100% of participants in the PPS and 99% of the PP-BTL control groups. In the SVD-BTL historical control group, tubal permanent contraception could not be confirmed for two because surgical specimens were lost postoperatively.

Concern for vascular injury secondary to gravid blood supply to the fallopian tubes may contribute to surgeon hesitancy to perform PPS on an immediate basis [32]. According to the American College of Obstetricians and Gynecologists, 10% of hospital deliveries are followed by tubal permanent contraception procedures, and post-partum is an optimal time to perform these procedures given technical ease and patient convenience [33]. Our work establishes that salpingectomy with the PPS protocol can be easily learned and is feasible in a limited-resource environment using suture ligation with only a minimal increase in blood loss and operative time. The use of this procedure may create a unique opportunity to potentially reduce the worldwide incidence of ovarian cancer with little or no additional expenditure of healthcare resources. Future long-term studies will be needed to evaluate whether these procedures ultimately reduce the risk of high-grade serious ovarian cancers.

This research was funded using the resident research funds of G.L.H. available through the Department of Obstetrics and Gynecology at Baylor College of Medicine.

The study was conducted in accordance with the Declaration of Helsinki, and approved by the Institutional Review Board of Baylor College of Medicine (H-32860).

Informed consent was obtained from all subjects involved in the prospective portion of this study. Patient consent was waived for historical controls as it was not feasible to contact them for a retrospective review of their electronic health records, and this portion was deemed a minimal risk by the IRB.

Data are available upon reasonable request from the corresponding author.

The authors gratefully acknowledge the critical evaluation of this manuscript by Creighton L. Edwards, as well as the support and participation of residents and attending surgeons from the Department of Obstetrics and Gynecology at the Baylor College of Medicine. We also thank the patients. 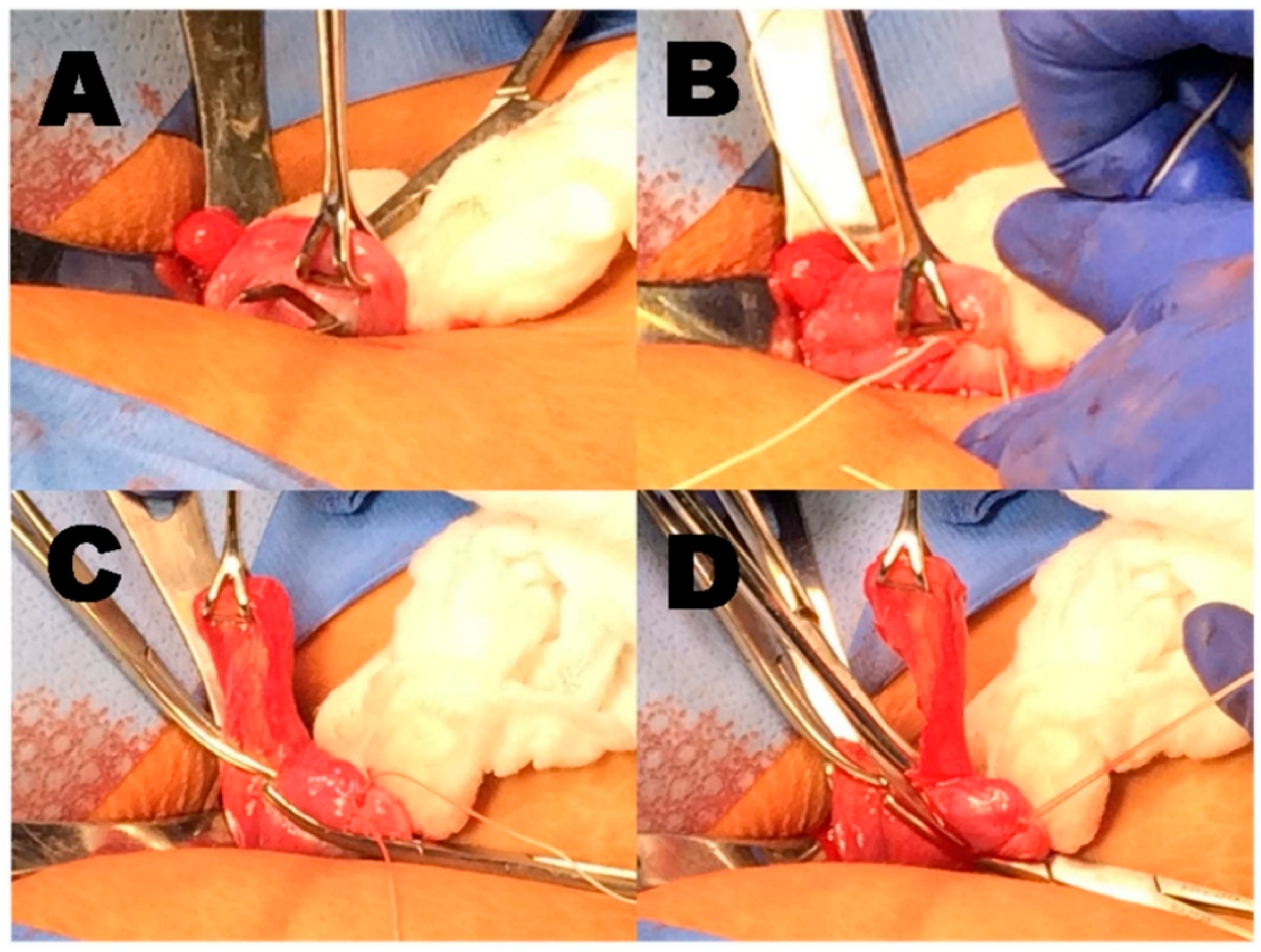 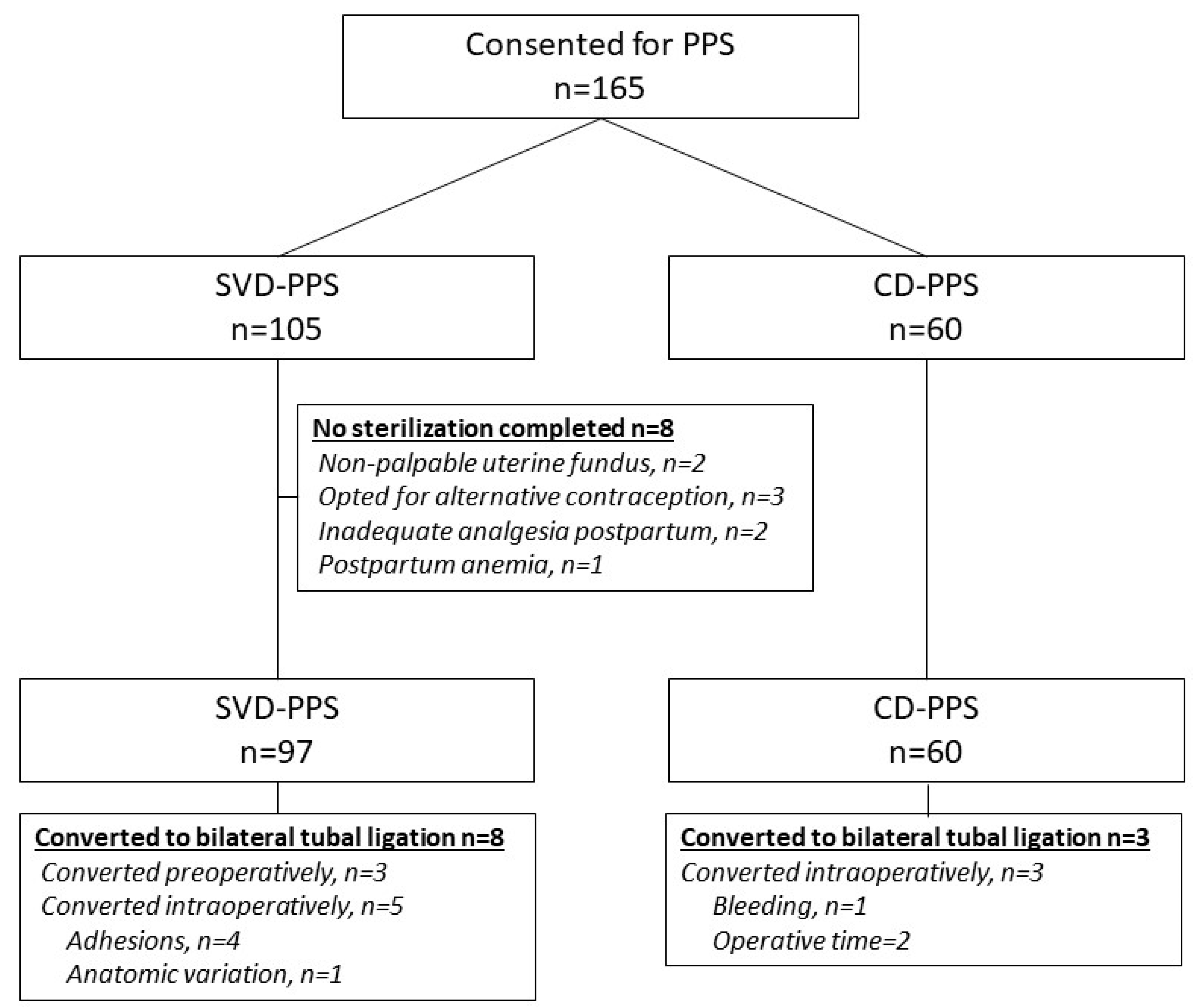