A DFT Study on the Interaction of Doped Carbon Nanotubes with H2S, SO2 and Thiophene

The Underlying Order Induced by Orthogonality and the Quantum Speed Limit

We perform a comprehensive analysis of the set of parameters that provide the energy distribution of pure qutrits that evolve towards a distinguishable state at a finite time , when evolving under an arbitrary and time-independent Hamiltonian. The orthogonality condition is exactly solved, revealing a non-trivial interrelation between and the energy spectrum and allowing the classification of into families organized in a 2-simplex, . Furthermore, the states determined by are likewise analyzed according to their quantum-speed limit. Namely, we construct a map that distinguishes those s in correspondent to states whose orthogonality time is limited by the Mandelstam–Tamm bound from those restricted by the Margolus–Levitin one. Our results offer a complete characterization of the physical quantities that become relevant in both the preparation and study of the dynamics of three-level states evolving towards orthogonality. View Full-Text
Keywords: quantum speed limit; orthogonality time; three-level systems; dynamics towards orthogonality quantum speed limit; orthogonality time; three-level systems; dynamics towards orthogonality
►▼ Show Figures 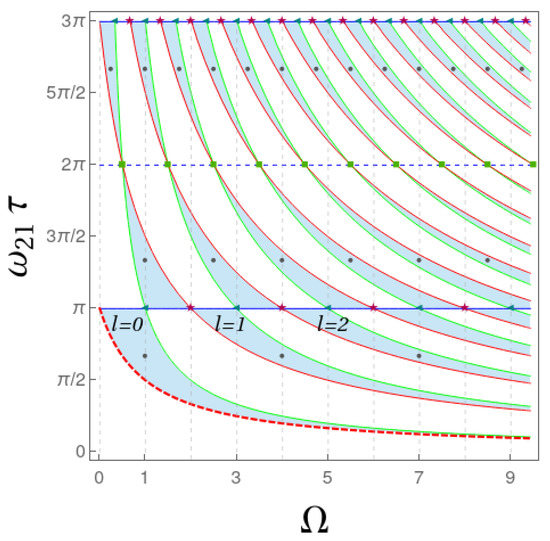