Wind Farm Noise—Modulation of the Amplitude

:
Ultrasonic bat detectors are useful for research and monitoring purposes to assess occupancy and relative activity of bat communities. Environmental “clutter” such as tree boles and foliage can affect the recording quality and identification of bat echolocation calls collected using ultrasonic detectors. It can also affect the transmission of calls and recognition by bats when using acoustic lure devices to attract bats to mist-nets. Bat detectors are often placed in forests, yet automatic identification programs are trained on call libraries using echolocation passes recorded largely from open spaces. Research indicates that using clutter-recorded calls can increase classification accuracy for some bat species and decrease accuracy for others, but a detailed understanding of how clutter impacts the recording and identification of echolocation calls remains elusive. To clarify this, we experimentally investigated how two measures of clutter (i.e., total basal area and number of stems of simulated woody growth, as well as recording angle) affected the recording and classification of a synthesized echolocation signal under controlled conditions in an anechoic chamber. Recording angle (i.e., receiver position relative to emitter) significantly influenced the probability of correct classification and differed significantly for many of the call parameters measured. The probability of recording echo pulses was also a function of clutter but only for the detector angle at 0° from the emitter that could receive deflected pulses. Overall, the two clutter metrics were overshadowed by proximity and angle of the receiver to the sound source but some deviations from the synthesized call in terms of maximum, minimum, and mean frequency parameters were observed. Results from our work may aid efforts to better understand underlying environmental conditions that produce false-positive and -negative identifications for bat species of interest and how this could be used to adjust survey accuracy estimates. Our results also help pave the way for future research into the development of acoustic lure technology by exploring the effects of environmental clutter on ultrasound transmission.
Keywords:
acoustics; anechoic chamber; angle; bats; environmental clutter; lure; ultrasonic

Ultimately, this experiment shows that proximity due to rapid attenuation of ultrasound signals and recording angle potentially are the main limiting factors affecting ultrasonic recording or transmission in a cluttered environment. Stem count also appears to play a role in signal reception more so than basal area. In open, low-clutter conditions, attenuation is the primary limitation and echoes generally are not received. Moderate clutter, particularly if the clutter objects are larger (e.g., a mature stand of trees), could improve the likelihood of creating high-quality identifiable echoes, whereas high clutter with many objects, such as a dense aggregation of sapling trees in a regenerating forest post harvest, blocks and scatters echolocation signals, resulting in poor-quality calls and lower identification certainty. Although recording quality and lure effective range is probably going to be relatively poor in a cluttered environment as compared to recording or broadcasting in open areas, researchers often are constrained to survey in cluttered habitat for clutter-adapted foraging species. Additional comprehensive and repeatable experiments conducted under controlled conditions, such as our study, may help better identify the biases associated with surveying in clutter. As such, our study serves as a proof of concept and can facilitate additional work on testing a larger variety of clutter objects and conditions, as well as different temperature and humidity conditions. A wider variety of bat species calls across the ultrasonic spectrum should be tested with a variety of ultrasonic playback devices, including calls collected from open and cluttered settings. A calibrated and synchronized array of microphones could be used for future work to speed up data acquisition and organization. Developing better ways to measure, report, and include clutter information in automatic identification programs and testing lure devices are much needed particularly in the post-WNS landscape of North America. Although researchers and managers are limited to being able to control receiver angle only broadly, i.e., placement along defined corridors and flyways, we believe more work to experimentally test the effects of clutter under controlled conditions is warranted. We suggest as well that researchers report as fully as possible the clutter metrics encountered during acoustic surveys. Lastly, based on results from our work, the input of more echolocation calls gathered in cluttered environments would help improve identification algorithms of automated software used to identify bats.
Some WNS-affected species are becoming too rare on the landscape to effectively study with mist-net surveys [1,22,59,60]. Seasonal activity patterns to inform wind energy pre-siting are also only able to be effectively studied through acoustics due to the time intensiveness and low capture rates of certain species associated with mist-net surveys. Future research goals stemming from this work could use deviation values and other information gained from controlled clutter experiments to develop correction factors that would enable biologists to mathematically adjust call parameters to improve detection and/or classification. Reporting of detection and transmission space taking clutter and climatic/weather variables into account for further developing detection covariates would be beneficial. Furthermore, investigating clutter effects on the echolocation calls of other species should be encouraged as we only tested a single species. The anechoic chamber with an artificial “forest” and playback device provides an initial basis to continue and expand on these areas of research unencumbered by the noise and repeatability issues encountered during field studies.

This research was funded by the US Geological Survey, grant #G15AC00487, and National Science Foundation, grants #1751498 and #1301037, to Virginia Polytechnic Institute and State University. The article processing charge was subsidized by the Virginia Tech Library Open Access Subvention Fund.

Data supporting the results are available through the US Geological Survey at https://www.sciencebase.gov/catalog/item/6037e496d34eb120311751f9.

We thank R. Burdisso and the Virginia Tech Vibration and Acoustics Laboratory for use of the anechoic and reverberation chamber. 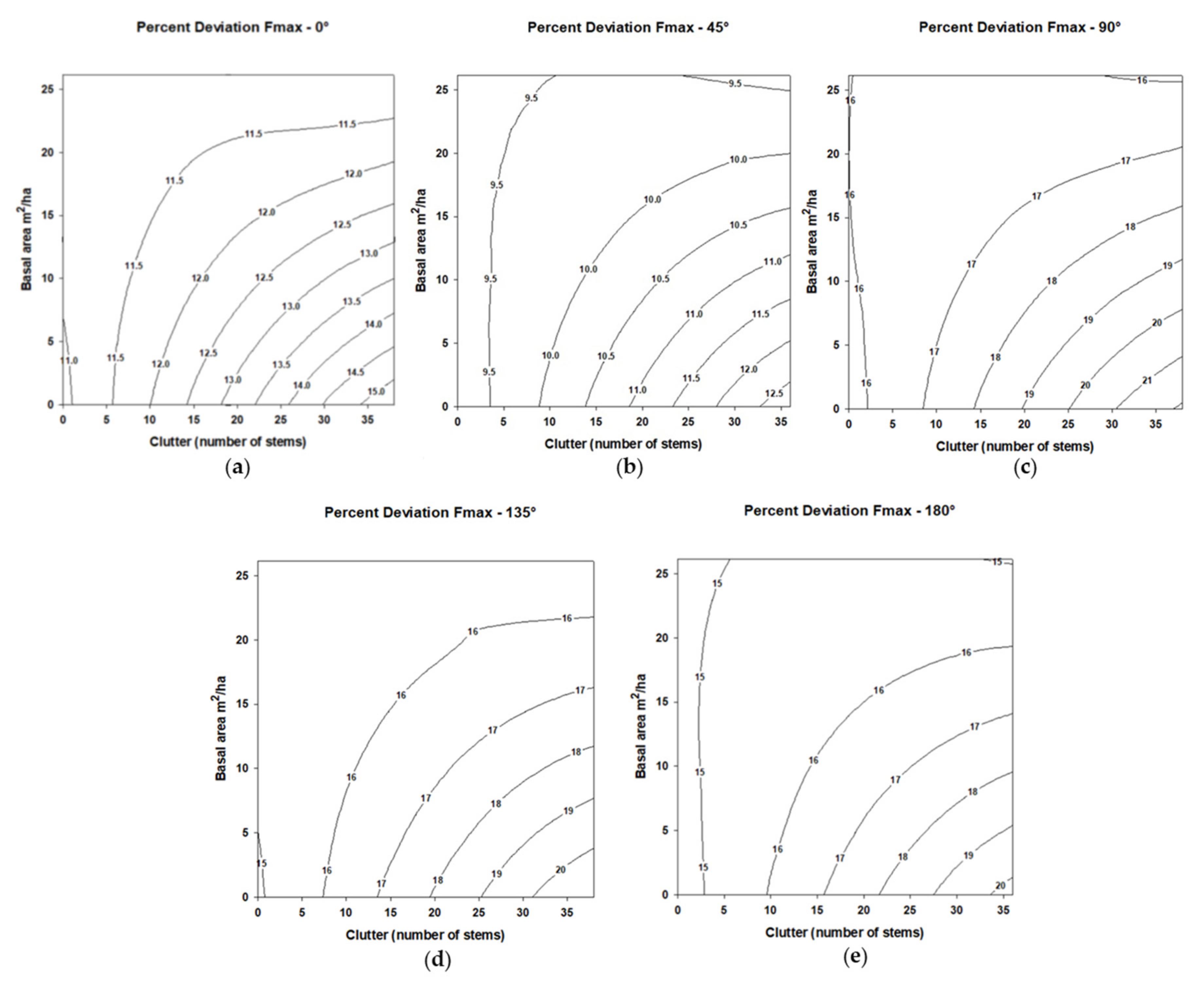 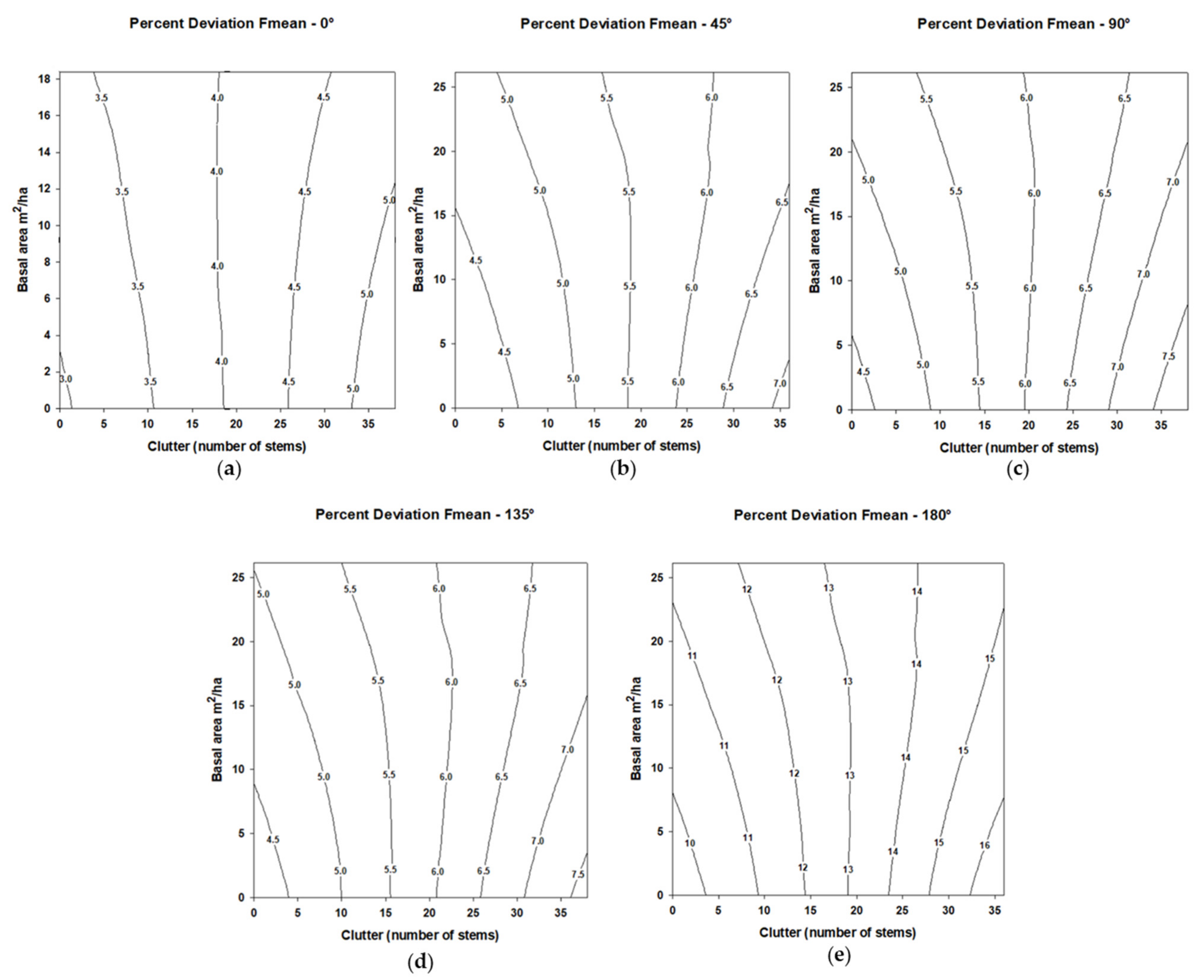 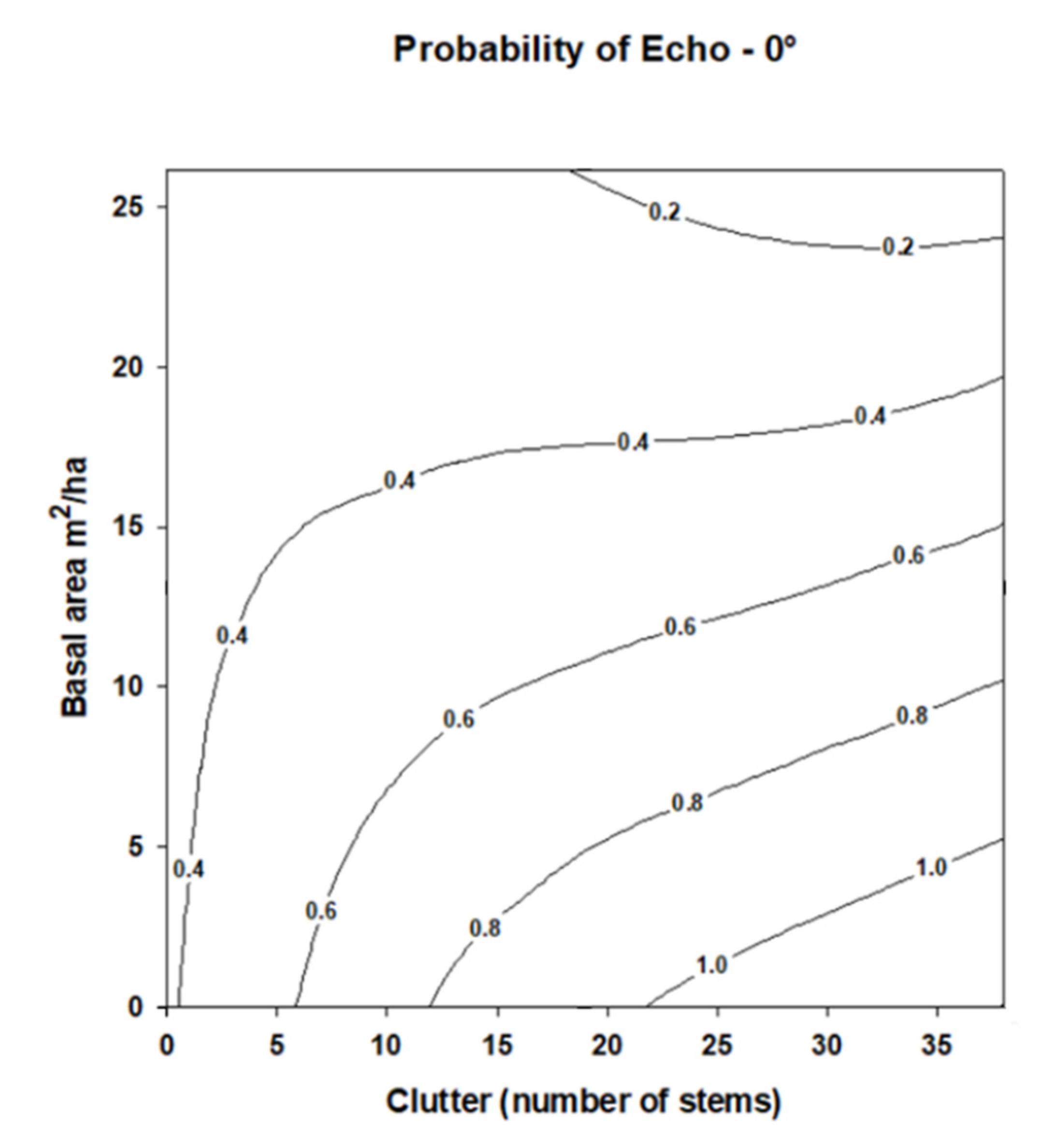