Thin films of ZnWO4, a promising photocatalytic and scintillator material, were deposited for the first time using a reactive dual magnetron sputtering procedure. A ZnO target was operated using an RF signal, and a W target was operated using a DC signal. The power on the ZnO target was changed so that it would match the sputtering rate of the W target operated at 25 W. The effects of the process parameters were characterized using optical spectroscopy, X-ray diffraction, and scanning electron microscopy, including energy dispersive X-ray spectroscopy as well as X-ray photoelectron spectroscopy. It was found that stoichiometric microcrystalline ZnWO4 thin films could be obtained, by operating the ZnO target during the sputtering procedure at a power of 55 W and by post-annealing the resulting thin films for at least 10 h at 600 °C. As FTO coated glass substrates were used, annealing led as well to the incorporation of Na, resulting in n+ doped ZnWO4 thin films.
Keywords: ZnWO4; dual magnetron sputtering; thin-film deposition; photoelectron spectroscopy ZnWO4; dual magnetron sputtering; thin-film deposition; photoelectron spectroscopy

ZnWO4 has been studied for the photocatalytic degradation of organic pollutants [1], for sacrificial water splitting [2] and as a scintillation material [3]. For these purposes, ZnWO4 is most often fabricated as a powder using chemical synthesis procedures, such as hydrothermal [2,4], solvothermal [5], mechano–chemical [6] and sol-gel syntheses [7]. These chemical procedures have the advantage that the morphology of the ZnWO4 particles can be tuned and that they can be produced in larger quantities.
Thin film-based materials prepared by thin-film deposition techniques allow, however, for a better integration in devices. It is relatively easily to deposit additional contact materials in a controlled and clean (vacuum) environment. ZnWO4 thin films have already been successfully produced using spray pyrolysis [8] and dip coating [9].
There are, however, advantages of using magnetron sputtering compared to other thin-film deposition techniques, such as high sputter rates, easy control of process parameters and the ability to coat large areas [10]. Indeed, RF magnetron sputtering has already been used previously to prepare ZnWO4 thin films by depositing a WO3/ZnO/WO3 heterolayer, followed by a post-annealing step [11]. However, ZnO crystallite impurities were found at each annealing temperature, indicating a poor stoichiometry control. In contrast to a single sputtering source, a dual magnetron sputtering setup has the additional advantage that the stoichiometry of ternary oxide films can be precisely controlled by altering the power on each target or by changing the target-to-substrate distance [12]. Other ternary oxides that have already been successfully deposited using dual magnetron sputtering include aluminum zirconate [13], bismuth niobate [14], zinc iridate [15], and zinc magnesium oxide [16].
In this work, a dual magnetron sputtering setup was used, using RF power and DC power to operate a ZnO target and a W target, respectively. Both pure WO3 and ZnO have already been deposited using magnetron sputtering [17,18]. The deposition of a mixed Zn, W oxide in a dual magnetron sputtering procedure is, however, new. To create crystalline ZnWO4 thin films, the ZnO sputtering power and oxygen content in the sputtering atmosphere were optimized to end up with stoichiometric ZnWO4 thin films. After a post-calcination procedure, monoclinic ZnWO4 could be obtained. The structural, morphological and chemical properties of the monoclinic ZnWO4 thin films were characterized using X-ray photoelectron spectroscopy (XPS), scanning electron microscopy—energy dispersive X-ray spectroscopy (SEM-EDS), UV-Vis spectroscopy, X-ray diffraction (XRD) and Raman spectroscopy.

ZnWO4 thin films were deposited using the dual magnetron sputtering setup at the DArmstadt Integrated SYstem for FUNdamental research (DAISY-FUN), described in greater detail elsewhere [19]. The ZnO target (2.0″ diameter, 99.99% purity, Mateck, Jülich, Germany) that operated with an RF signal at 13.56 MHz and the W target (2.0″ diameter, 99.95% purity, Lesker, Jefferson Hills, PA, USA) that operated with a DC signal were mounted onto 2.0″ MEIVAC MAK sputter deposition sources. To obtain stoichiometric thin films, the RF power given to the ZnO target was optimized to 55 W to match the sputter rate of the W target that operated at 25 W. The base pressure prior to deposition was in the 10−8 mbar range, and the standard operating atmosphere consisted of 50%/50% Ar/O2 with a gas pressure of 0.005 mbar, which was maintained using a pressure feedback control. The thin films were grown on conductive (ca. 10 ohm/sq) F:SnO2 (FTO) coated glass substrates and quartz glass substrates from Alineason (Frankfurt am Main, Germany). A sputter height of 20 cm was maintained, and substrates were rotated to ensure the homogeneity of the films. The thin films were deposited without intentional heating. Throughout the manuscript, the above process parameters are denoted as the standard parameters. Some of the samples also underwent a post-annealing step in a tube furnace operated under ambient atmosphere for 600 min at varying temperatures.
Photoelectron spectroscopy was used for surface analysis and was carried out with a SPECS Phoibos 150 analyzer (SPECS, Berlin, Germany), a SPECS Focus 500 X-ray source using the monochromatized AlKα line at 1486.74 eV for X-ray photoelectron spectroscopy (XPS), and a He discharge lamp using the monochromatized HeII line at 40.8 eV for ultraviolet photoelectron spectroscopy (UPS). In order to determine the work function, a bias-voltage of −3 V was applied. The thin films were deposited on F:SnO2/glass substrates to ensure a grounded electrical connection. Binding energies were calibrated by adjusting to the Ag 3d5/2-core level (EB = 368.3 eV), Cu 2p3/2-core level (EB = 932.7 eV) and Pt 4f7/2-core level (EB = 71.2 eV) from freshly sputter-cleaned samples.
Film thicknesses were measured using a Dektak XT profilometer (Bruker, Billerica, MA, USA). Thickness profiles were recorded by measuring with the profilometer tip from an uncoated area to a coated area on the substrate. The crystallinity of the ZnWO4 thin films was determined through θ–2θ measurements using a Smartlab X-ray diffractometer equipped with a rotating Cu anode (Cu Kα, 1.54 Å) (Rigaku, Tokyo, Japan). Raman spectra were recorded with a LabRAM HR Raman spectrometer (Horiba, Kyoto, Japan) using an Argon ion laser with a wavelength of 514.5 nm as the excitation source, yielding a laser power on the sample of approximately 10 mW, and a 10× objective, generating a spot size of approximately 2 µm. An XL30 FEG (Philips, Eindhoven, The Netherlands) was used for scanning electron microscopy (SEM) and energy-dispersive X-ray spectroscopy (EDS). UV-Vis optical spectroscopy was carried out using a Cary 7000 Universal Measurement Spectrophotometer (UMS) (Agilent, Santa Clara, CA, USA).

In this work, we have shown that monoclinic ZnWO4 thin films can be prepared using a dual magnetron sputtering setup. The sputter rate of 2.3 nm/min of a W target operated using a DC signal at 25 W was matched by a ZnO target operated using an RF signal at 55 W. A subsequent post-annealing step holding the ZnWO4 thin film for 10 h at 600 °C in air yielded monoclinic ZnWO4. Future research efforts could focus on the elimination of arcing on the ZnO target. Due to the annealing step, Na is incorporated from the Na containing glass substrates leading to an n+ doping of the ZnWO4. Future research efforts could focus on the magnetron sputtering of clean and structurally well-defined ZnWO4 samples without extrinsic doping.

Thin films were prepared and analyzed by Y.H. and F.M.; SEM-EDS measurements were performed by K.L.-W. and supervised by Y.H., T.M., and W.J.; Discussion and interpretation of results was conducted by Y.H., F.M., J.P.H., T.M., and W.J.; the original draft was composed by Y.H., edited by J.P.H., and revised by all authors; funding was acquired by T.M. and W.J. All authors have read and agreed to the published version of the manuscript.

Financial support through the project “Fundamentals of electro-chemical phase boundaries at semiconductor/electrolyte interfaces” GEP-HE funded by the German Federal Ministry of Education and Research BMBF under contract 13XP5023A is acknowledged.

The data presented in this study are available free of charge from the corresponding author.

The authors declare no conflict of interest. The founding sponsors had no role in the design of the study; in the collection, analyses, or interpretation of data; in the writing of the manuscript; and in the decision to publish the results. 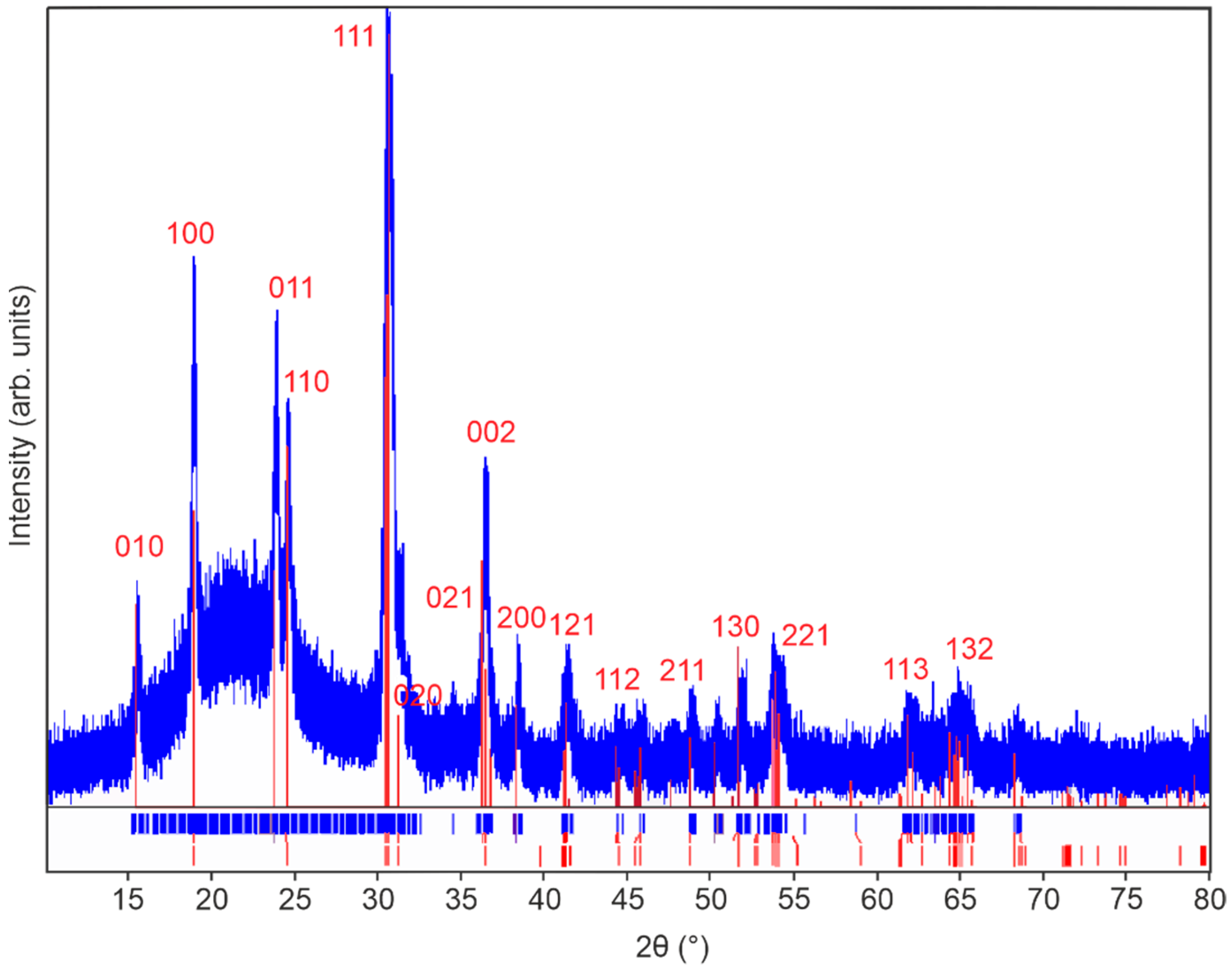 Table 1. Surface stoichiometry amorphous and monoclinic ZnWO4.
Table 1. Surface stoichiometry amorphous and monoclinic ZnWO4.
© 2021 by the authors. Licensee MDPI, Basel, Switzerland. This article is an open access article distributed under the terms and conditions of the Creative Commons Attribution (CC BY) license (https://creativecommons.org/licenses/by/4.0/).
We use cookies on our website to ensure you get the best experience. Read more about our cookies here.
Accept
We have just recently launched a new version of our website. Help us to further improve by taking part in this short 5 minute survey here. here.
Never show this again