Christopher A. Lucas 1 and

:
Copper and copper oxide electrode surfaces are suitable for the electrochemical reduction of CO2 and produce a range of products, with the product selectivity being strongly influenced by the surface structure of the copper electrode. In this paper, we present in-situ surface X-ray diffraction studies on Cu(111) electrodes in neutral phosphate buffered electrolyte solution. The underlying mechanism of the phosphate adsorption and deprotonation of the (di)-hydrogen phosphate is accompanied by a roughening of the copper surface. A change in morphology of the copper surface induced by a roughening process caused by the formation of a mixed copper–oxygen layer could also be observed. The stability of the Cu(111) surface and the change of morphology upon potential cycling strongly depends on the preparation method and history of the electrode. The presence of copper islands on the surface of the Cu(111) electrode leads to irreversible changes in surface morphology via a 3D Cu growth mechanism.
Keywords:
Cu(111); electrochemical interface; in-situ X-ray diffraction

Compared to many metal catalysts, copper surfaces have been proven to electrochemically convert CO2 to high value and energy-dense products, such as methane ethylene, formic acid, methanol and ethanol amongst others. However, the efficiency and the selectivity are far from optimal and the parameters controlling these factors are not-fully understood. Differences in reactivity and selectivity have been variously ascribed to surface area, particle size, surface structure and roughness and the electrolyte composition [1,2,3,4,5,6]. More recently, the effect of the role of the oxygen content of the copper catalyst and the oxidation state of the copper on the electrocatalytic activity and selectivity have illustrated the high complexity of the system. Oxide-derived Cu catalysts have shown high-selectivity towards the formation of C2 products [7,8,9,10]. Such selectivity has been attributed to changes in the surface structure, including roughness and defects, with active sites being generated during the reduction pretreatment of the Cu-oxide catalyst. However, more recently, in addition to the structural factors, the presence of Cu+ and residual subsurface oxygen has been suggested to affect the product selectivity [5,11,12]. Mistry et al. demonstrated, via operando XAFS, the presence of Cu+ species and subsurface oxygen during the carbon dioxide reduction reaction [5]. In another report, LeDuff et al. [7] implemented a pulse sequence between reduction potentials where the carbon dioxide reduction reaction (CO2RR) takes place (< −0.5 V) and a potential in the region between −0.2 and −0.35 V vs. RHE where the co-adsorption of OH and other anions takes place [13]. They concluded that the positive potential of the pulse has a significant effect in the catalytic activity and selectivity of the copper single-crystal electrodes towards the CO2RR. This was associated to the adsorbed species, presumably OH or anions, at the surface of the Cu single crystal electrodes which prevent any irreversible damage or changes to the Cu surface structure [7].
In this paper, we present the in-situ characterization by surface X-ray diffraction of the Cu(111) electrode at positive potentials with the aim to determine the composition and structure of the electrochemical interface. The key to understanding the stability and reactivity of the Cu(111) electrode is to control the surface morphology during the preparation of the clean surface. Depending on the details of surface preparation, two different Cu(111) surfaces can be obtained; although macroscopically rather rough, one surface is completely stable during potential cycling that involves considerable modification of the surface structure. The other surface gives rise to X-ray scattering features consistent with the presence of twinned Cu nano-islands and, although this surface exhibits a similar potential-dependent restructuring, it is not stable during potential cycling. The direct correlation of structural stability, only available via in-situ structural characterization, and reactivity is vital to understanding structure–reactivity relationships, especially in studies of more active metal electrodes [14,15].

The Cu(111) single crystal working electrode (MaTeck, miscut < 0.1°) was prepared by electropolishing for 10 s in 70 % orthophosphoric acid at 2 V against a high-surface area copper mesh. The crystal was then rinsed in ultra-pure water, covered with the electrolyte solution and transferred to the electrochemical cell. A copper wire was used as counter electrode and an Ag/AgCl electrode was used for the reference electrode. All potentials are quoted against this reference electrode. The experimental procedure for the surface X-ray diffraction experiments followed that of similar studies reported previously [16,17]. Surface X-ray diffraction measurements were carried out on the I07 beamline at Diamond Light Source (Harwell Science and Innovation Campus, Fermi Ave, Didcot OX11 0DE, Oxford, UK) [18], with a monochromatic beam of 25 keV X-rays. Beam defining slits were 0.5 mm × 0.5 mm and the beam size at the sample was estimated to be 200 µm × 300 µm (vertical × horizontal). The sample was mounted on a (2 + 3) circle diffractometer [19]. A 2D Pilatus Dectris 1 M detector (DECTRIS Ltd., Baden-Daettwil, Switzerland) was used for the data acquisition. For the measurement of crystal truncation rods, scans along the Qz (surface normal) direction at specific points in reciprocal space were recorded. Background correction and standard instrumental corrections were applied to the dataset to be able to model the intensity distribution [20,21]. Errors on the individual data points were a combination of the statistical error and an estimated 10% systematic error. The model of X-ray diffraction was obtained using a Python (Python Software Foundation, Beaverton, OR, USA) program and the integrated lmfit leastsquare fitting routine, which returned the best values for the relaxation, coverage and β-factor. The Cu(111) surface has a close packed structure with a hexagonal unit cell, where the surface normal is along the direction and the surface plane contains the and vectors, which are separated by 60°. The Miller indices , , and have units of and , where the nearest neighbour for copper is 2.556 Å.

The Cu(111) surfaces were characterised in a phosphate buffered electrolyte by surface X-ray diffraction and with electrochemical methods.

The Cu(111) electrode was characterised in phosphate buffer solution of concentration equal to 0.01 M, 0.05 M and 0.1 M at different pH values of 6 and 8 with cyclic voltammetry at different scan rates (Figure 1A). In the anodic scan, a shoulder (A1) at approximately −0.65 V and a peak (A2) approximately −0.5 V can be observed at both pHs; however, at lower pH, the second anodic peak is more defined. At pH = 6, the anodic peak shifts towards higher potentials with decreasing phosphate concentration (Figure 1B). The total charge associated to the electrochemical process shows equal charge in both the anodic and cathodic scan of 52–60 μC/cm2, which corresponds to ~0.2 electrons per surface atom. The charge values were found to be independent of the pH and phosphate concentration (Figure 1C,D).

In this paper, we present electrochemical and in-situ surface X-ray diffraction measurements of phosphate adsorption onto Cu(111) electrodes. The underlying mechanism of the phosphate adsorption and deprotonation of the (di)-hydrogen phosphate was accompanied by a roughening of the Cu surface. We report for the first time the roughening of the Cu surface through the formation of a mixed copper–oxygen layer, where the oxygen from an adsorbed phosphate species was incorporated into the surface Cu layer. The stability of the Cu(111) surface and the change of rugosity upon potential cycling strongly depend on the preparation method and history of the electrode. It was shown that the presence of Cu islands on the Cu(111) surface leads to a 3D nucleation and growth mechanism which causes irreversible changes in surface morphology. The results demonstrate the importance of controlling the surface preparation of copper catalysts, as this determines the stability of the catalyst under operation conditions for the electrochemical CO2 reduction reaction. The incorporation of oxygen into the metal surface from the adsorbed phosphate anion is a process that could also be relevant to the study of similar oxoanions, such as sulphate, and their role in the stability of electrocatalysts during oxidation processes. 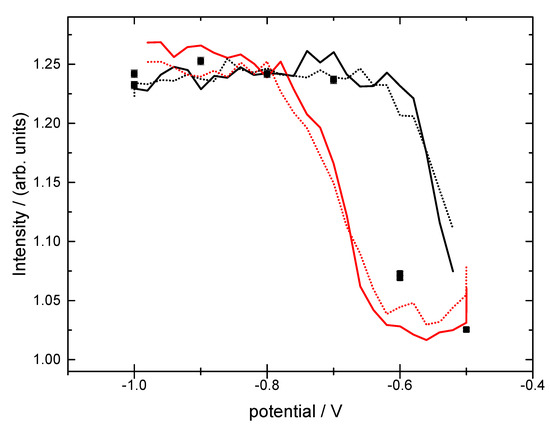 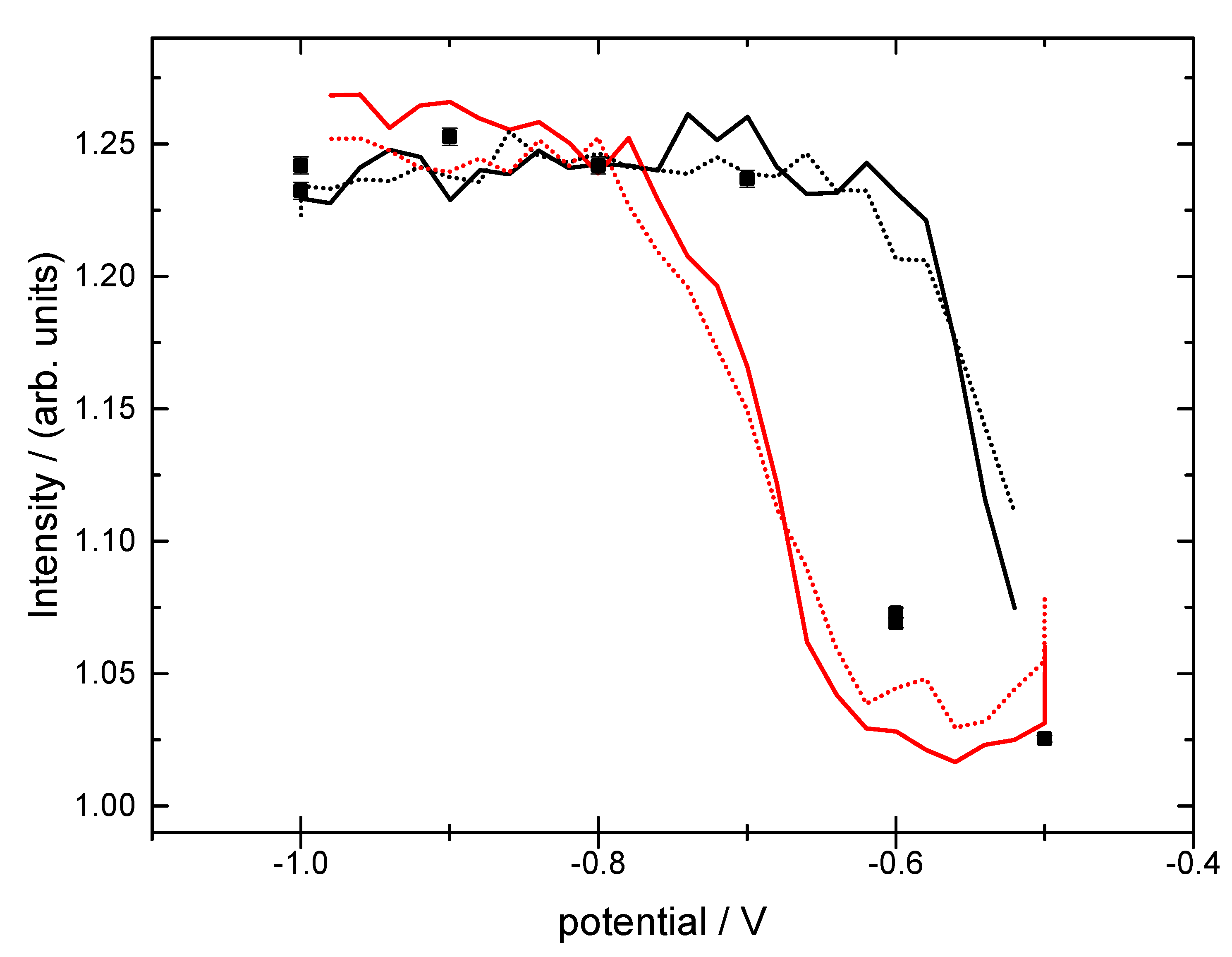 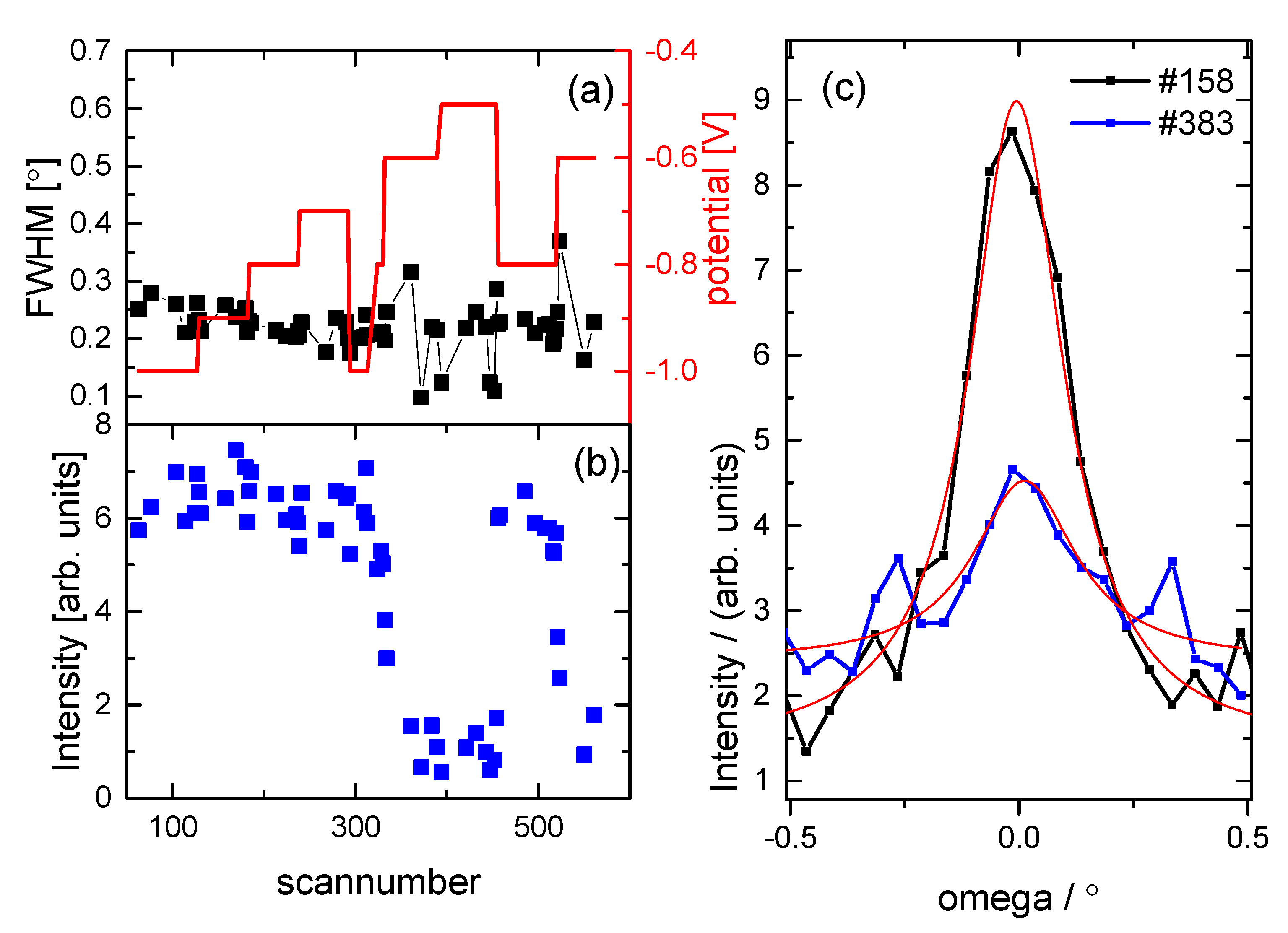 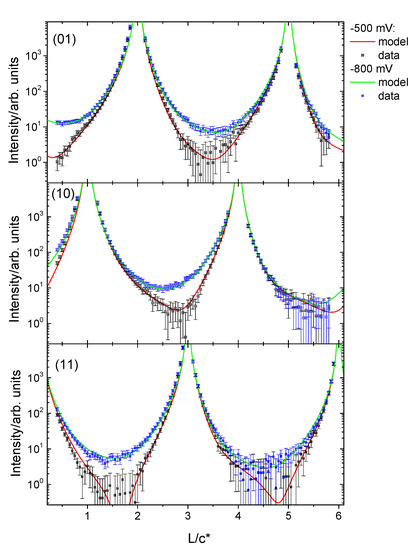 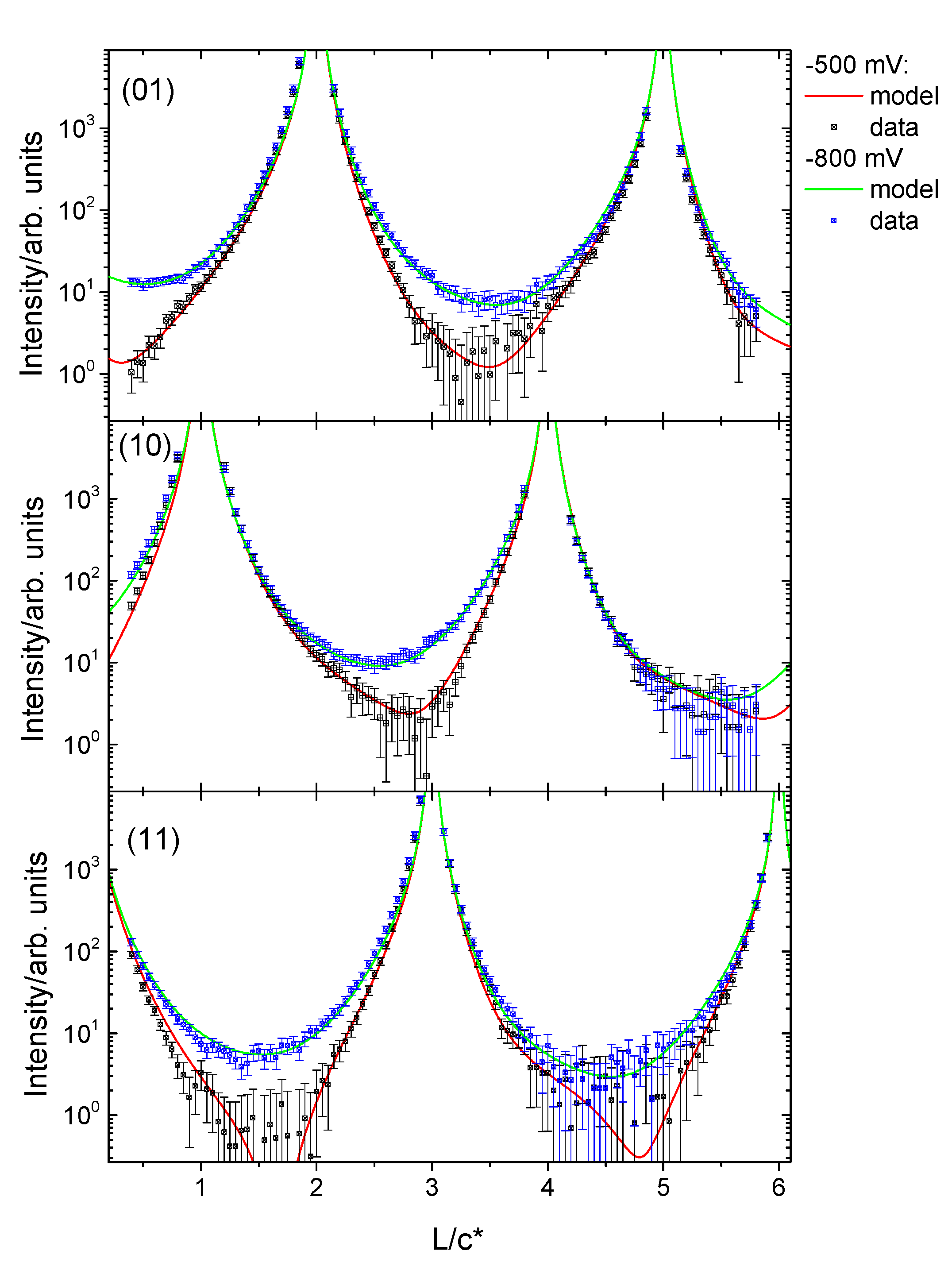 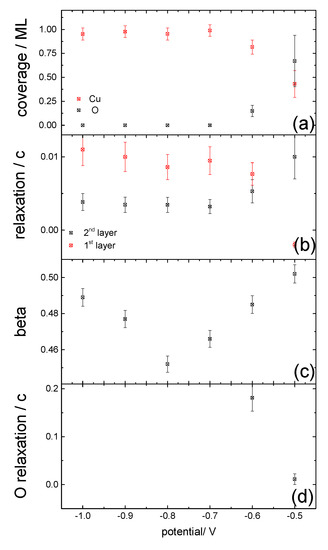 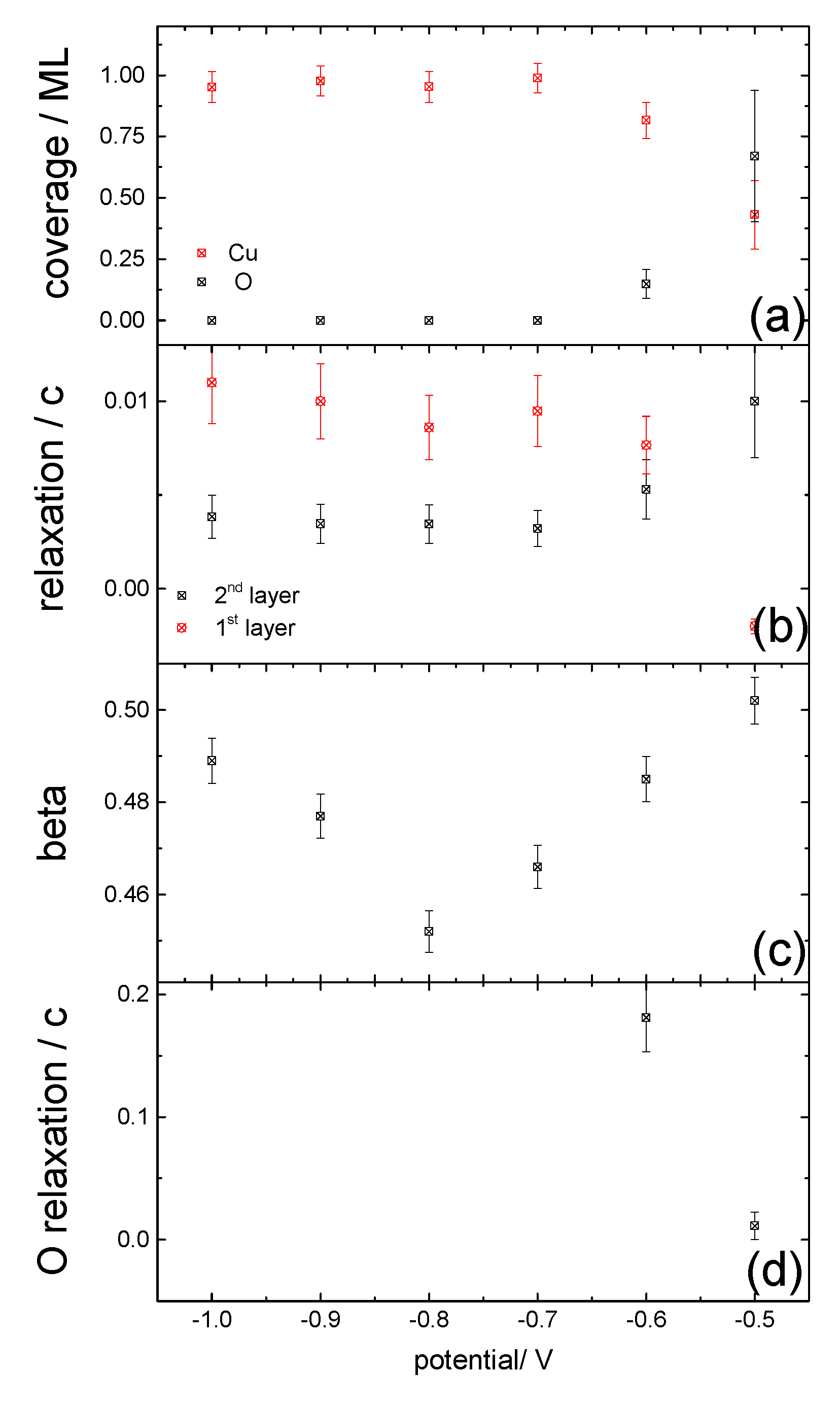 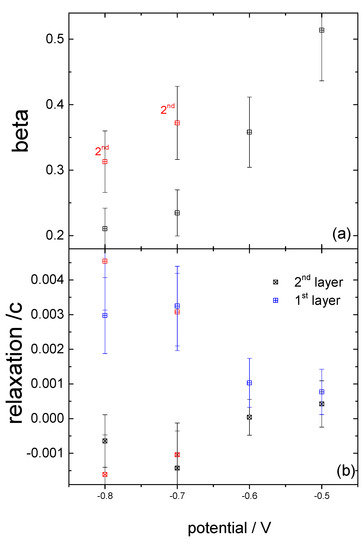 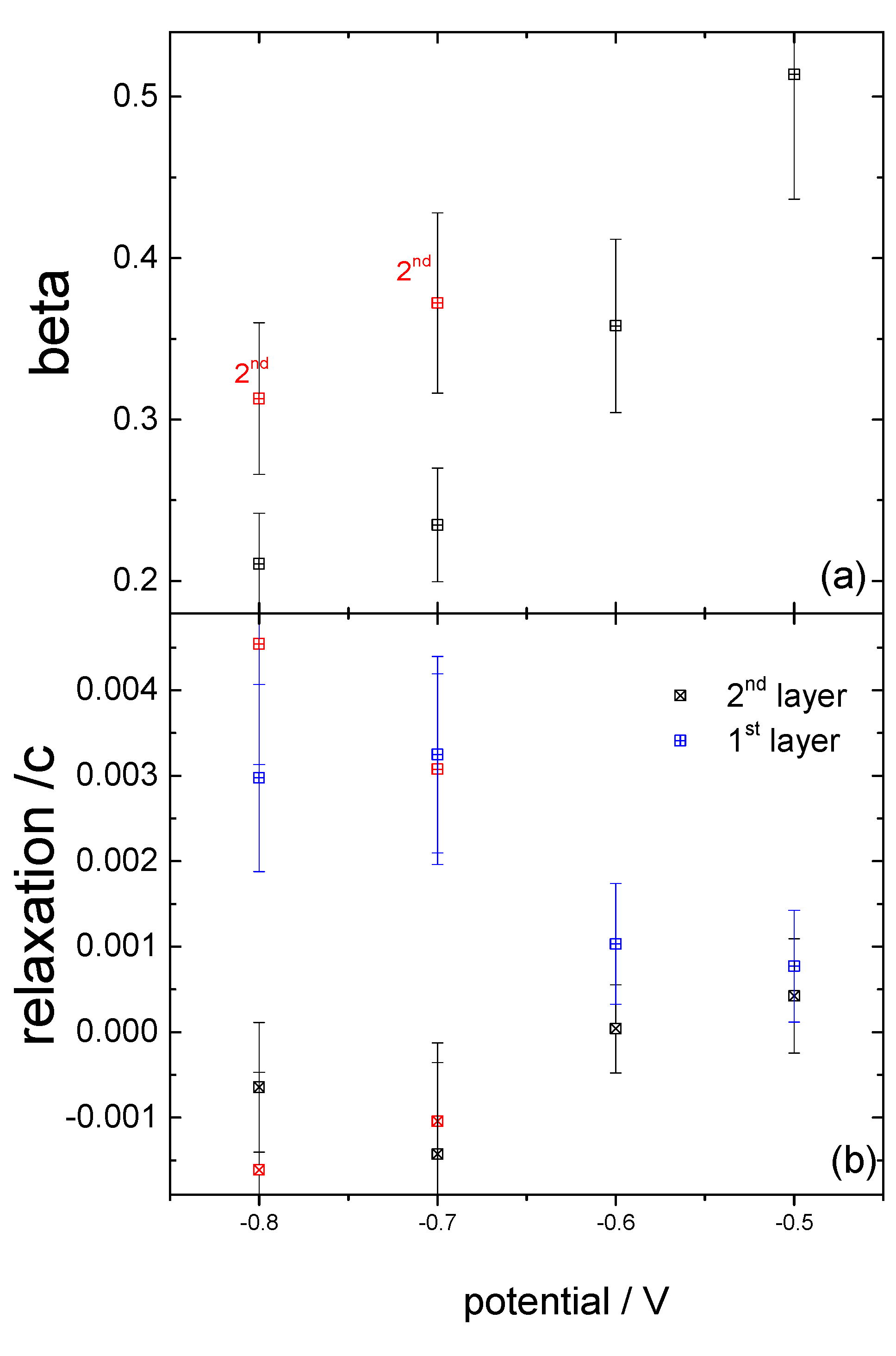 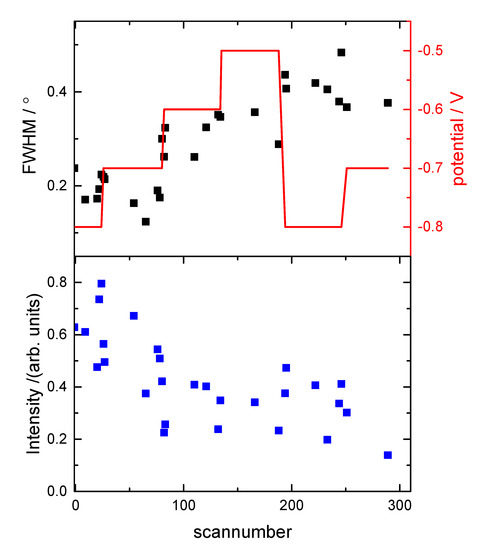 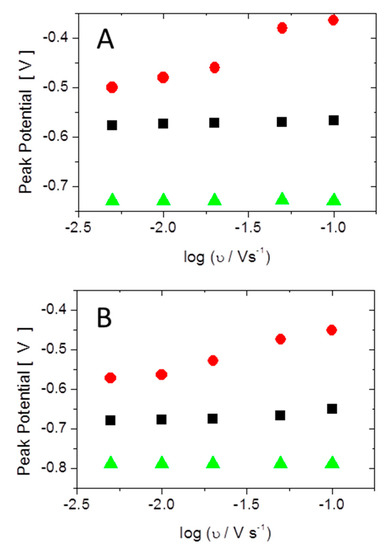 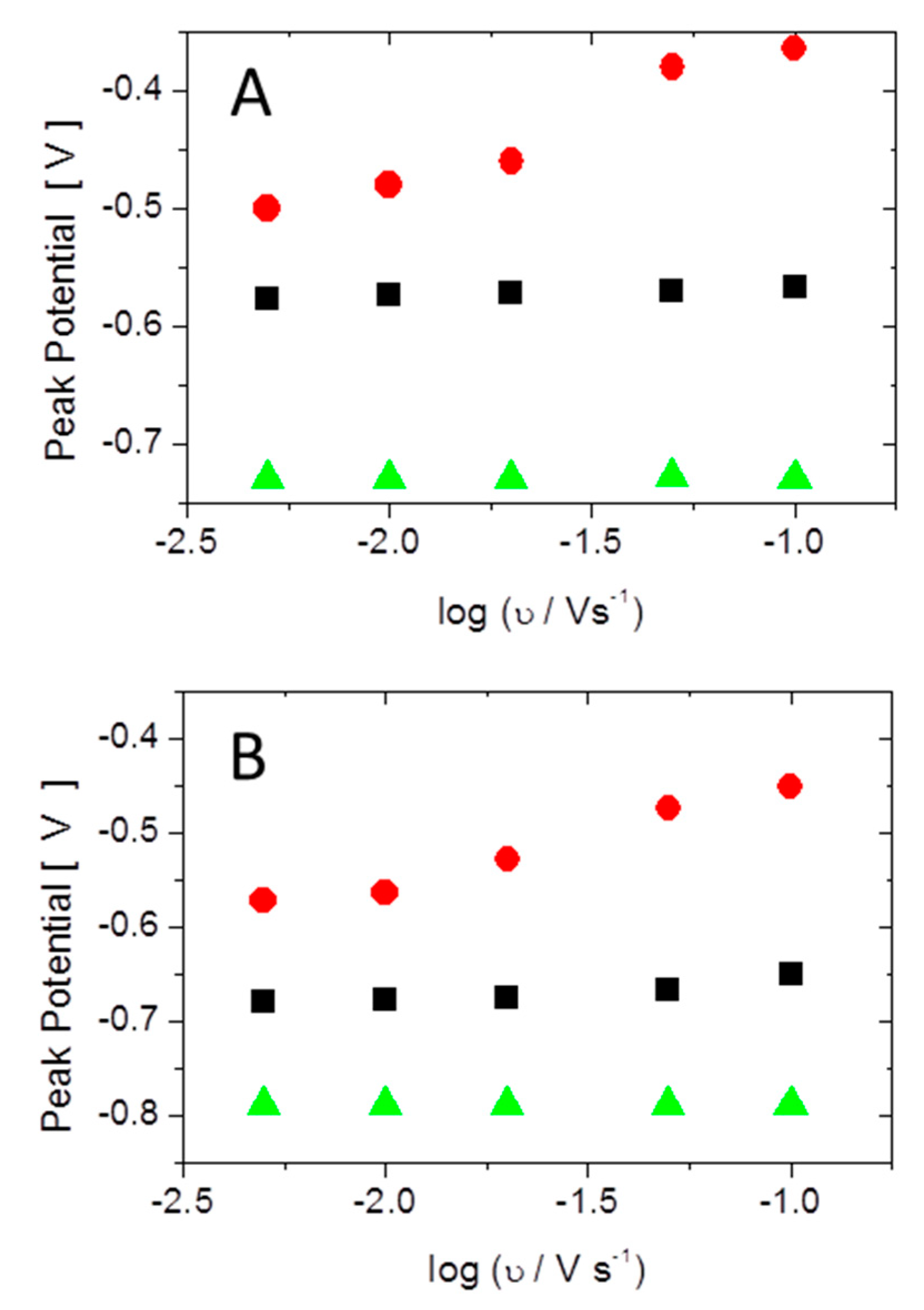